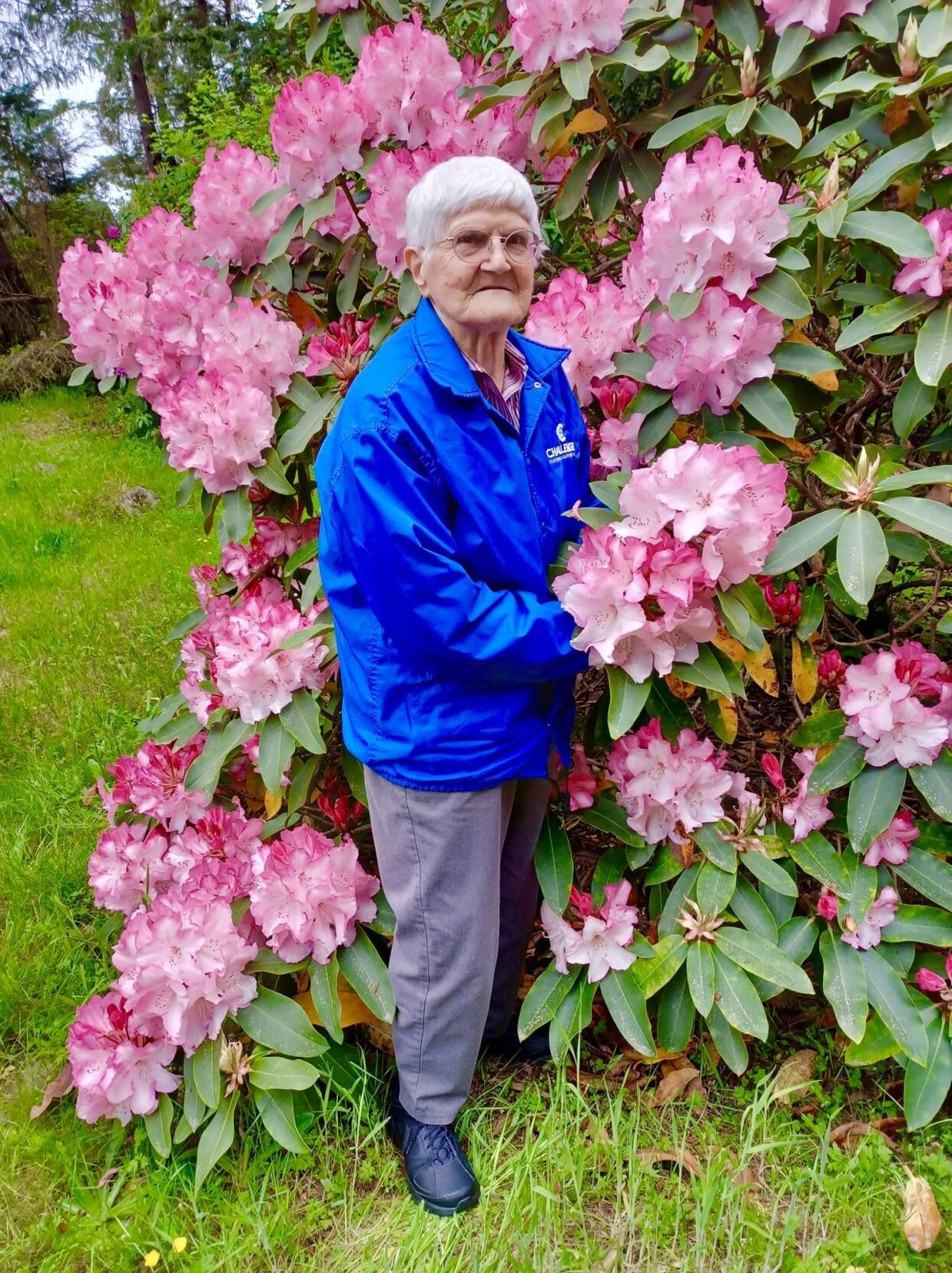 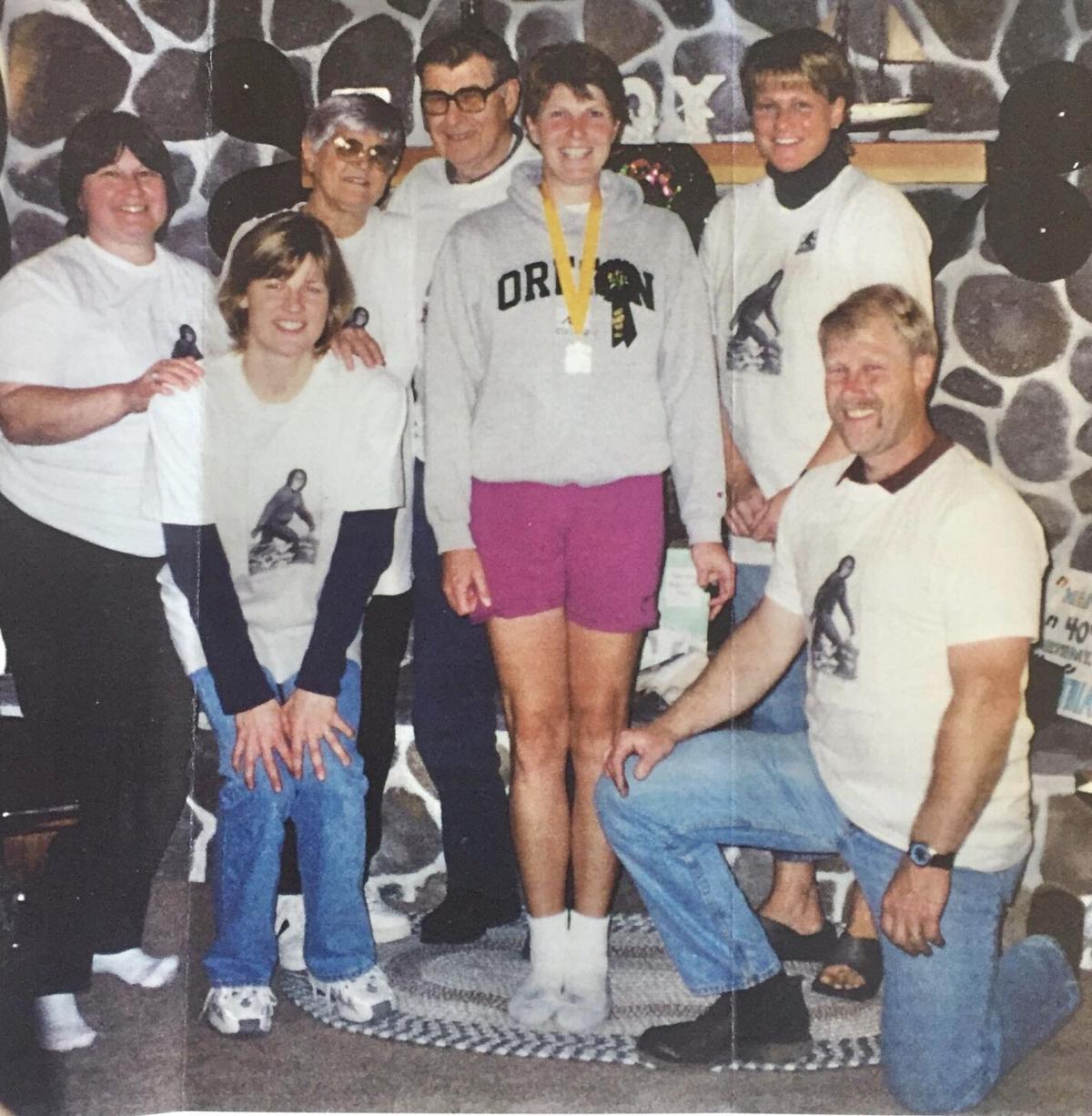 Every small town has its “first families.” Familiar names and descendants that go back to the town’s beginning, or even led to the naming of the town itself.

In Hammond — incorporated and originally named New Astoria in 1899, then later named for Andrew B. Hammond — the list of pioneer families would definitely include the Petersens and the Shepherds.

Specifically, Carolyn Shepherd — the “first lady of Hammond.” It sounds royal enough. And it is fitting.

When Lewis and Clark and the Corps of Discovery got out of their canoes after they arrived at the lower Columbia River in 1805, one of Shepherd’s ancestors — a legendary Chinook Indian chief — was there to greet them.

Petersen was a local business owner, and John Shepherd — among his many duties, was a fire chief, business owner and town councilman for nearly 30 years.

Shepherd is closing in on her 90th birthday, which she hopes to celebrate in 2022.

A life in Hammond

Shepherd has spent much of her 89 years in Hammond, where she and her friends rode their bikes as kids, coming and going as they pleased in the cannery and the grounds of Fort Stevens during the days of World War II.

She remembers spending time at the train depot, going in the back door of the cannery to watch the workers, and spending a dime to watch movies in the Fort Stevens theater.

Then there was the June night in 1942, when the sleepy hamlet of Hammond was wide awake.

“I was at a neighbors house for a sleepover that night,” Shepherd said. “We were awake and we knew what was happening. Once in a while, the fort would have nighttime practices, but it didn’t sound like that, that night. We could hear the shells coming in, and they were exploding not too far from us.”

Turns out, Fort Stevens was being fired upon by a Japanese submarine.

Fortunately for the residents of the fort and Hammond, the rounds did not hit anything. The fort also did not return fire — it was a long shot to hit something, and it would have given away the fort’s location.

If nighttime blackouts weren’t already in place, they soon were, as residents had to turn off all lights at night, and “you couldn’t even drive your car with headlights on at night,” Shepherd said.

“I remember those war years quite well. When the Japanese bombed the fort, I was just a month short of being 10. There were soldiers down here, and sailors at Tongue Point, and Coast Guard in Hammond.

“We had a lot of service people around. When I was in my teen years, my friends and I were able to ride our bikes around town, and there was never a problem with any soldiers.”

Including her future husband.

Carolyn Petersen met John Shepherd while swimming at Coffenbury Lake, later attended high school and college together, and were married by 1951.

The couple raised their children (four girls, one boy), watched them graduate from Warrenton High School, and saw them become, among other professions, college volleyball players and a fire captain.

Shepherd is also a confirmed seventh-generation descendant of Comcomly, the famous one-eyed chief of the Chinook nation.

In the early days of Fort Astoria, the Hudson’s Bay Co. made Comcomly the first official pilot for the mouth of the Columbia River, where the Chinook people would launch canoes and guide the incoming ships upriver.

“I’m a member of the tribe. My kids are all members, as are the grandkids,” she said.

One of Comcomly’s wives, of the Chehalis, had a daughter named Ka-Hat-Lau, or “Princess Margaret.” Margaret married French Canadian Louis Rondeau, who had daughter Mary Angelica Rondeau.

Shepherd’s grandfather on her father’s side, Gottfried Petersen, was from Germany. His future wife, Elisabeth Augusta Maria Meyer, “grew up 18 miles away from him in Germany, but they didn’t meet until they got to Astoria,” she said.

In the book “Clatsop County, Oregon: Its History, Legends and Industries,” by Emma Gene Miller, Shepherd “was one of (Comcomly’s) last heirs to get an 80-acre section of land, tax free, in northwestern Washington.”

She was given a blue card by the commissioner of Indian affairs, allowing her to fish free of charge in Oregon, although the card has probably expired, she said.

“But I’m still a member of the Chinook tribe and have been for a long time,” she said. “My mom was on the council, and for a long time we’ve been fighting for recognition.”

Meanwhile, John Shepherd was originally from Terre Haute, Indiana, joined the U.S. Coast Guard, and just by chance ended up on the North Coast of Oregon.

“There were so many places along the way he could have gone, and I never would have met him,” said Carolyn Shepherd. “I was way out here in the boonies at the very tip of Oregon.

As the ship continued up the coastline, “six men were taken off the cutter. He was one of them, and was sent to Neah Bay, and ended up in Hammond,” at Point Adams.

How did they meet?

“John was swimming at Coffenbury Lake (just miles from where they would live) with a friend. A bunch of my buddies came out and we were going to go swimming. We were already in our swim suits and were starting to go in the water, and here come these two guys out of the woods. That’s the first time I saw John.”

Carolyn “had on the craziest clothes,” she said. “Jeans, a brown sweater and a black straw hat,” she said. “He said it was love at first sight, but I can’t believe him. I must have looked like a clown.”

And “he was such a handsome guy. He was four days short of his 18th birthday.”

And thus began the future Shepherds of Hammond.

Carolyn and John both graduated from Astoria High School, Class of 1949, when school-age children in Hammond could choose which school to attend.

“John had gotten out of the Coast Guard and had not finished high school, so he joined me for his senior year at Astoria,” Carolyn said.

They continued their education at the University of Oregon, Carolyn graduating in 1953, John in ‘54.

“We got married after our sophomore year (June 17, 1951), then we lived in the housing that was provided for married couples. Twenty-eight dollars a month rent.”

Carolyn already had a teaching job lined up at Warrenton, and John joined Conrad Petersen at Warrenton Electric, later becoming a partner in the business. Eventually, he owned and operated Shepherd Electric in Hammond with his son, John Jr., for 14 years, retiring in 2001.

Meanwhile, Carolyn taught English to sophomores, juniors and seniors at Warrenton. “I was also the librarian, because my classroom was the library,” she said. She taught and also served on the school board for 19 years, and organized the local Hershey track meets for several years after.

Athletics is also big in the family. Daughter Carol played volleyball on the Warriors state championship team of 1972; and daughters Connie and Cynthia both later played for the Oregon Ducks. The youngest daughter, Christine, was an all-state performer in volleyball. The Shepherd sisters have a combined 10 state titles in track, and still dot the record boards at Warrenton.

John “Johnny” Shepherd Jr., serves as Warrenton fire captain, and Christine is a nurse in Eugene. There are 10 graduates of the University of Oregon in the immediate Shepherd family.