Bob Huitt leans on a shovel as he ponders retirement from his cemetery maintenance duties. Some years ago, up to 100 graves a year had to be dug. 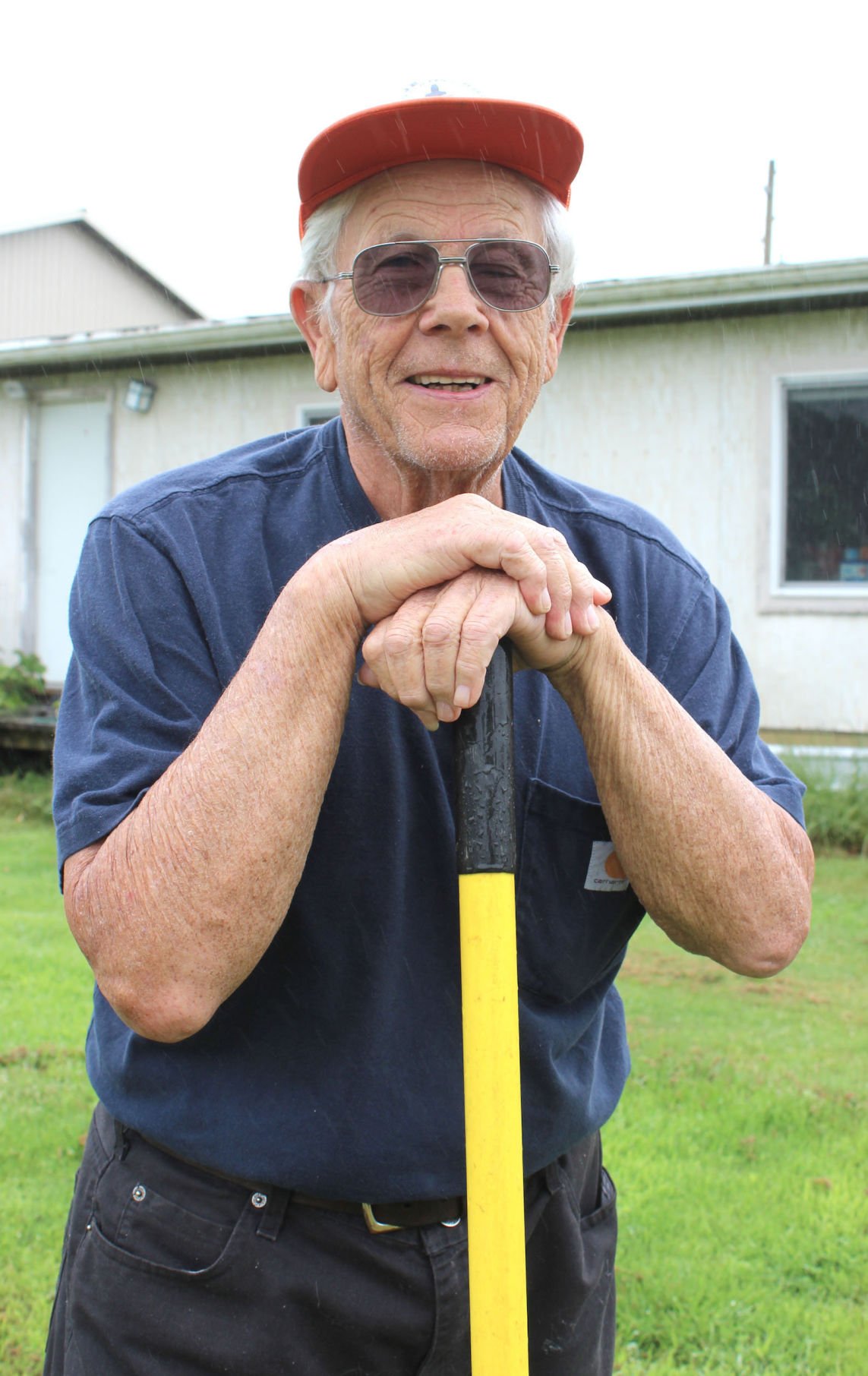 Bob Huitt has taken care of Ilwaco Cemetery since 1996. 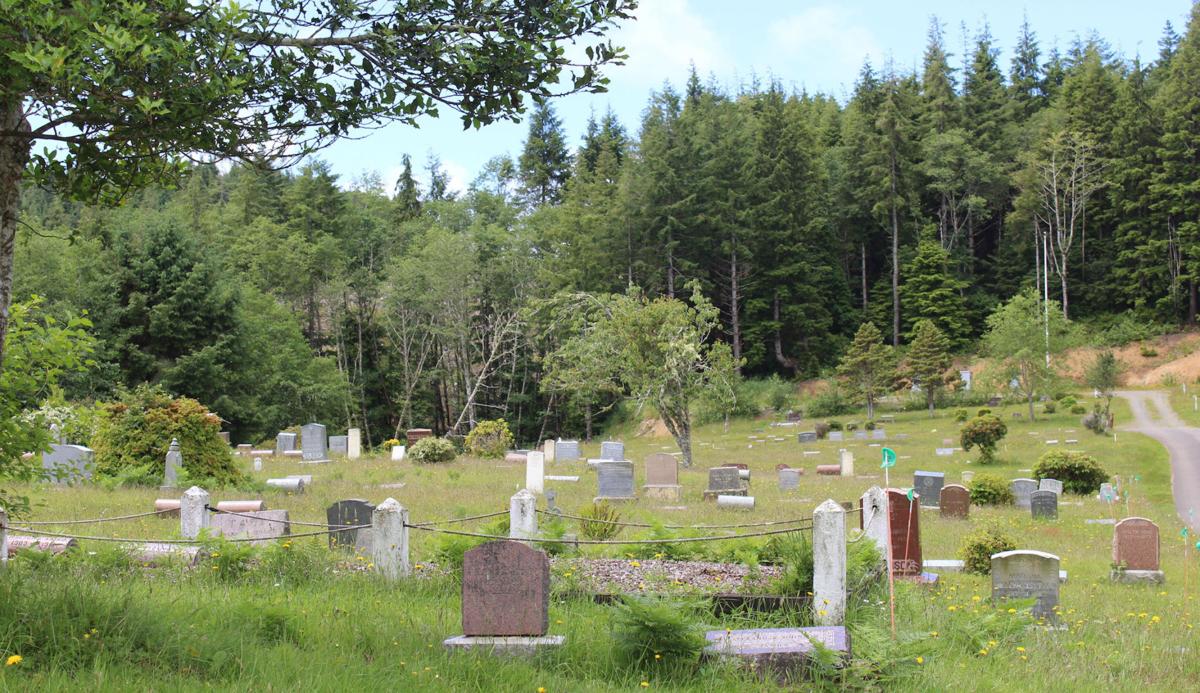 The dimensions of the Ilwaco Cemetery have made keeping it up a time-consuming occupation for Bob Huitt, who is retiring as groundskeeper. 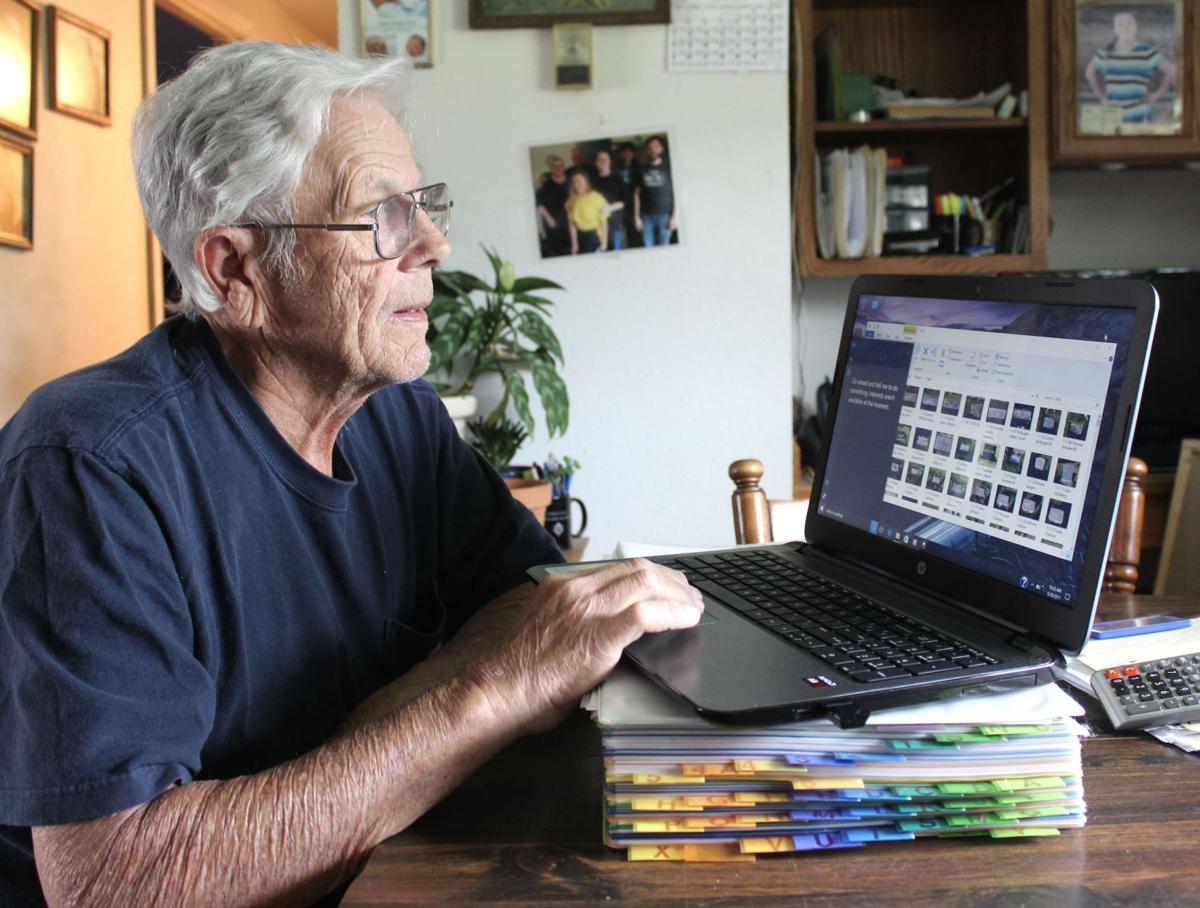 Bob Huitt checks out the meticulous records of all the graves in the Ilwaco Cemetery that he has compiled. He also has filed labeled photos of every headstone. 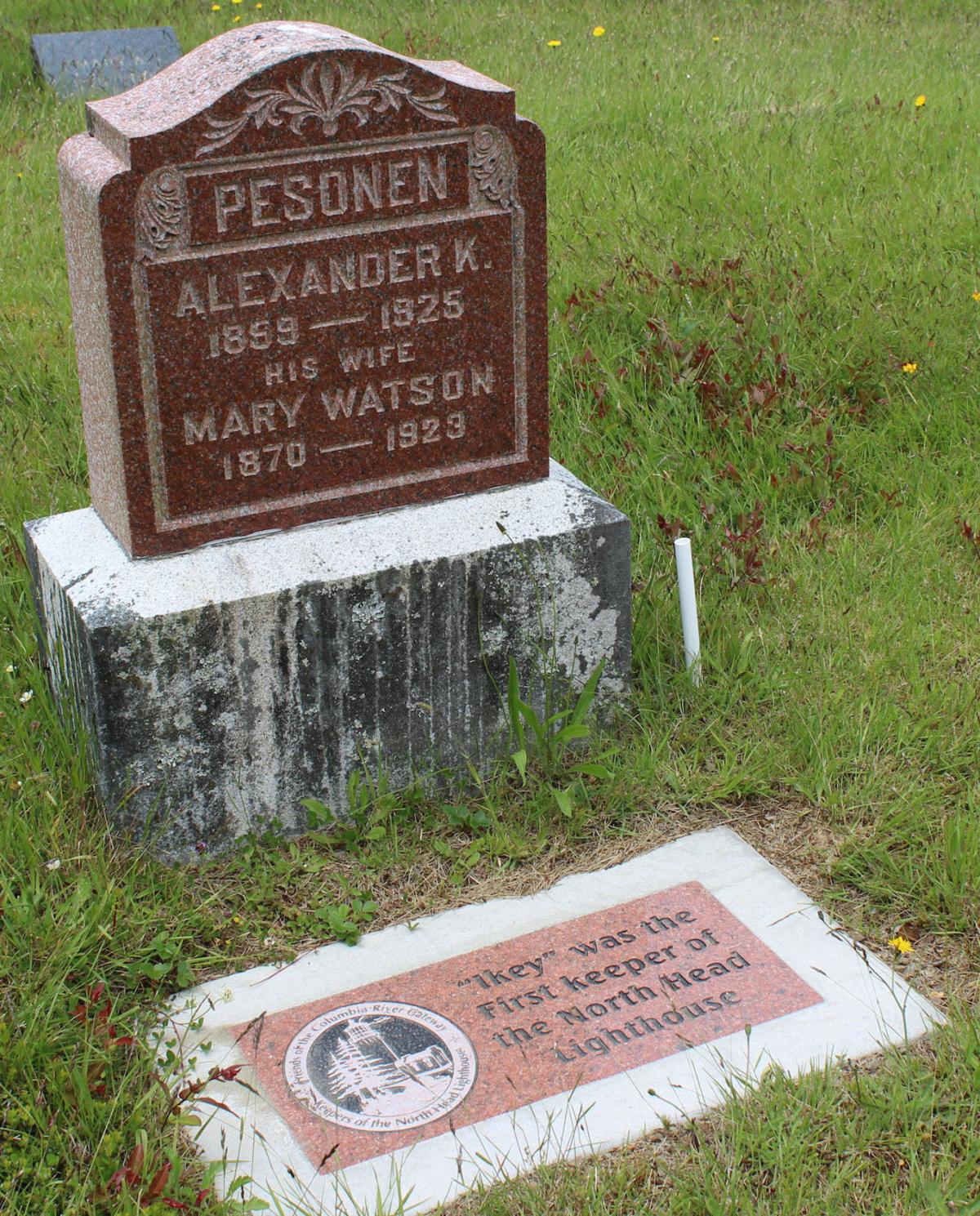 Ilwaco Cemetery is a veritable history book of the Long Beach Peninsula. This stone marks the resting place of Alexander Personen, first keeper of the North Head lighthouse, who died in 1925, and his wife, Mary, who died two years earlier.

Bob Huitt leans on a shovel as he ponders retirement from his cemetery maintenance duties. Some years ago, up to 100 graves a year had to be dug.

Bob Huitt has taken care of Ilwaco Cemetery since 1996.

The dimensions of the Ilwaco Cemetery have made keeping it up a time-consuming occupation for Bob Huitt, who is retiring as groundskeeper.

Bob Huitt checks out the meticulous records of all the graves in the Ilwaco Cemetery that he has compiled. He also has filed labeled photos of every headstone.

Ilwaco Cemetery is a veritable history book of the Long Beach Peninsula. This stone marks the resting place of Alexander Personen, first keeper of the North Head lighthouse, who died in 1925, and his wife, Mary, who died two years earlier.

CHINOOK, Wash. — Hundreds of families on the Long Beach Peninsula have Bob Huitt to thank — but only a few know it.

Huitt has taken care of the Ilwaco Cemetery since 1996. And for the past 60 years, he has dug graves at almost a dozen southwest Washington cemeteries.

Now 79, Huitt is retiring and the Ilwaco Cemetery Association plans to honor him with a public open house at Penttila’s Chapel-by-the-Sea in Long Beach July 9.

Ron Hylton, owner of Penttila’s, serves as one of five board members for the association. He is full of admiration for Huitt’s reliability. “His sense of dedication and loyalty in doing what needs to be done is second to none,” Hylton said. “He is amazing — he has never let us down.”

Huitt was born in Centralia, Washington, just before World War II and attended schools in Cathlamet. Family difficulties meant he was raised during his teenage years by older relatives, Eldred and Dorothy Penttila of Naselle. He grew up around the funeral home they operated, so grave digging was a natural extension of that environment.

“My uncle took me out to the cemetery and showed me how to lay the planks,” he recalled, when asked about his first. Graves must be 4 1/2 feet deep, 36 inches wide and 8 feet long. “‘I will be back to help,’ he said. But he never returned, of course.”

Digging graves began as an after-work activity, because he had other jobs. “I have done a little bit of everything,” he said.

Huitt’s late-1950s service in the U.S. Air Force took him to Lincoln, Nebraska, where the Strategic Air Command was shuffling nuclear warheads around when the Cold War heated up. He recalls his discharge date easily: Christmas Day, 1960.

Returning to the Long Beach Peninsula, he built logging roads and worked other jobs, including stints in fish canneries. He served 29 years with the Pacific County Road Department.

Along the way, Huitt married twice, had four children, which he mainly raised alone on his ranch, and has seven grandchildren and three great grandchildren. He has been on his own for about 40 years.

Throughout the years, Huitt dug graves using only a shovel and a pickax. “It was always done by hand,” he said. “I have gone through about four picks.”

The Ilwaco hill site includes tracts of solid clay, which means a five to six-hour job for each gravesite. “Most of the cemetery is pretty tough digging. For someone new, it would be eight hours. Some cemeteries are harder than others. In Naselle, it’s pretty solid river rock.”

He has lost count of exactly how many he has dug. At one point, Huitt was digging graves at 11 area cemeteries stretching inland to Grays River. However, the trend toward cremation has meant fewer burials. “Now it’s one every two months, but in the ‘bad old days,’ it was 90 to 100 a year,” he said.

Brawn is not enough.

“Maybe people think there’s nothing to digging a grave, but you have to have the right dimensions,” he said. “You just don’t go out there and dig a hole.”

“You have to have straight sides and ends because it must be straight up and down,” he said. “It has got to be perfectly straight. It’s got to be square because the liner is a square box. If it is not square, it is not going to go in the hole.”

Huitt keeps “set-ups” at three local cemeteries which consist of planks to place at each end of the grave, grass to drape over the open hole, a lowering device for the coffin, and a tent with chairs for mourners.

Cemetery maintenance has been Huitt’s job since 1996. It includes brush clearing and tree trimming, but the acreage covered in grass dominates the assignment.

“It takes 17 hours to mow,” he said, adding with a grin, “Nobody knows how long it takes to ‘weed-eat’ it — it’s a never-ending project!”

Because the grounds include a half-dozen additions, Huitt spreads the mowing over four days. When asked if he has a riding lawn mower, he laughs. “If it wasn’t, you would never get it done.”

A couple of years ago, he cleaned every headstone.

“It’s like taking care of your own yard. I wanted to keep it looking nice,” he said, reflecting on having to yield to a younger successor. “I don’t like the idea of not being able to do it any more.”

Huitt spent three years compiling a 4-inch thick ring binder crammed with peninsula burial names and plot locations that date back to the 1800s. “I will give this copy to the museum one of these days,” he mused. On his computer, he has photos of every headstone; all are meticulously labeled.

His son, Stanley Huitt, a fisherman who died of hypothermia in 1996, is buried in the Ilwaco Cemetery. While he did not dig his son’s grave, he did perform that duty for his late sister, Bonnie Vaughn.

Reliving his career at his Chinook home, Huitt’s thoughts are practical rather than philosophical. When pressed, he shrugs. “I grew up in the funeral home, so I went to many funerals. They’re a part of my life. … Life and death. I think about it, but I’m not really a religious person. I believe in religion, though.”

When his time comes, someone else will do the honors.