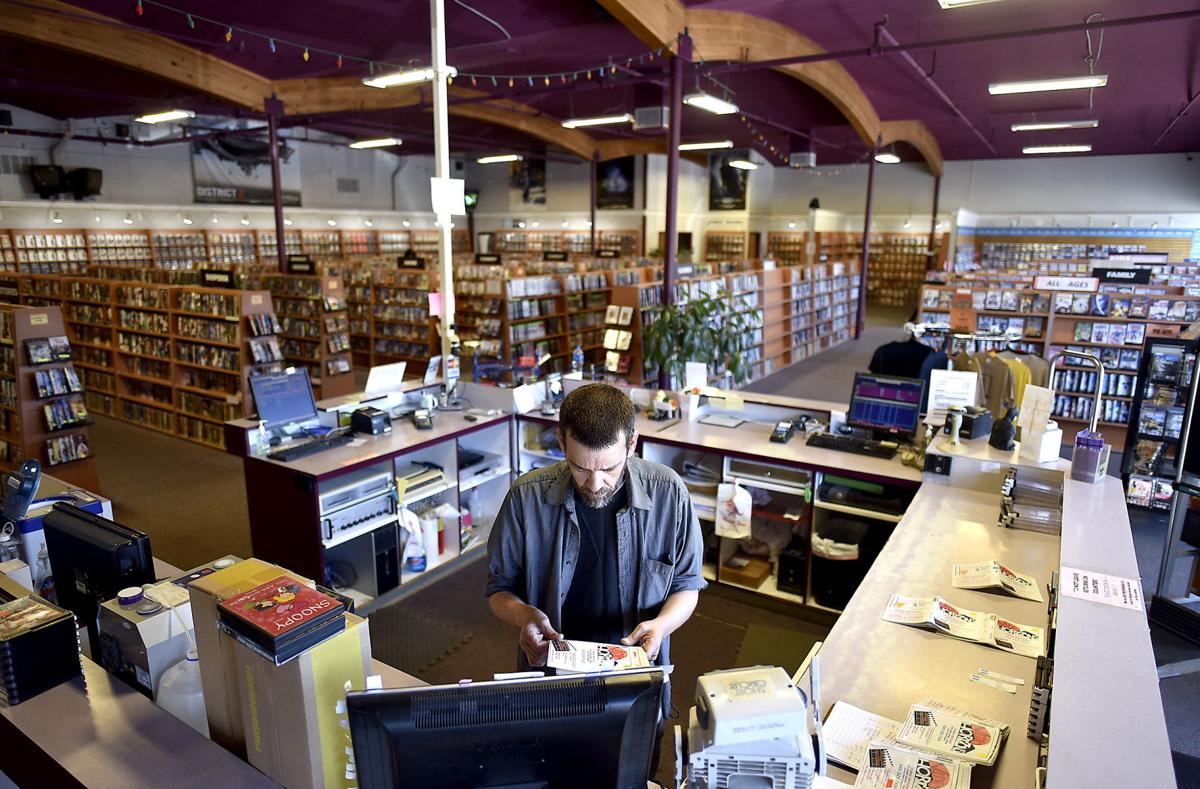 Chris Wood works the counter at Video Horizons in Astoria. 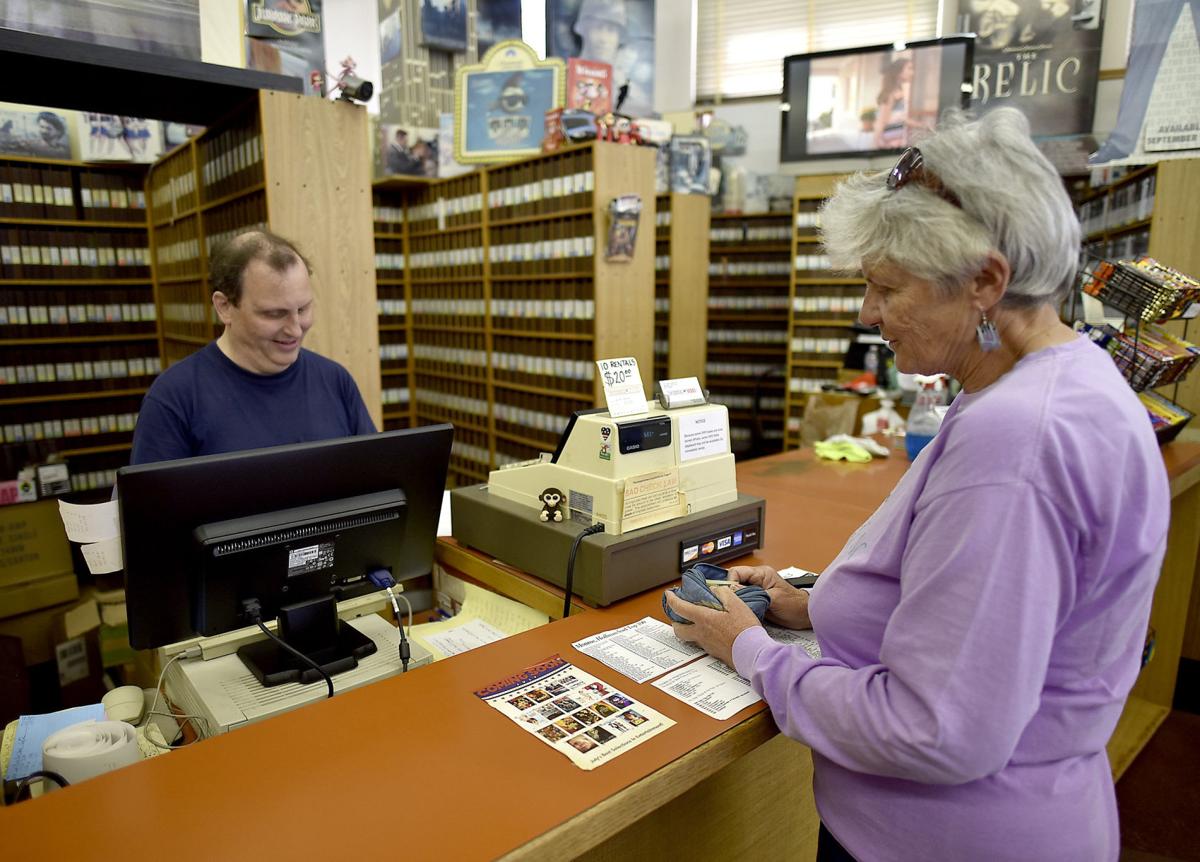 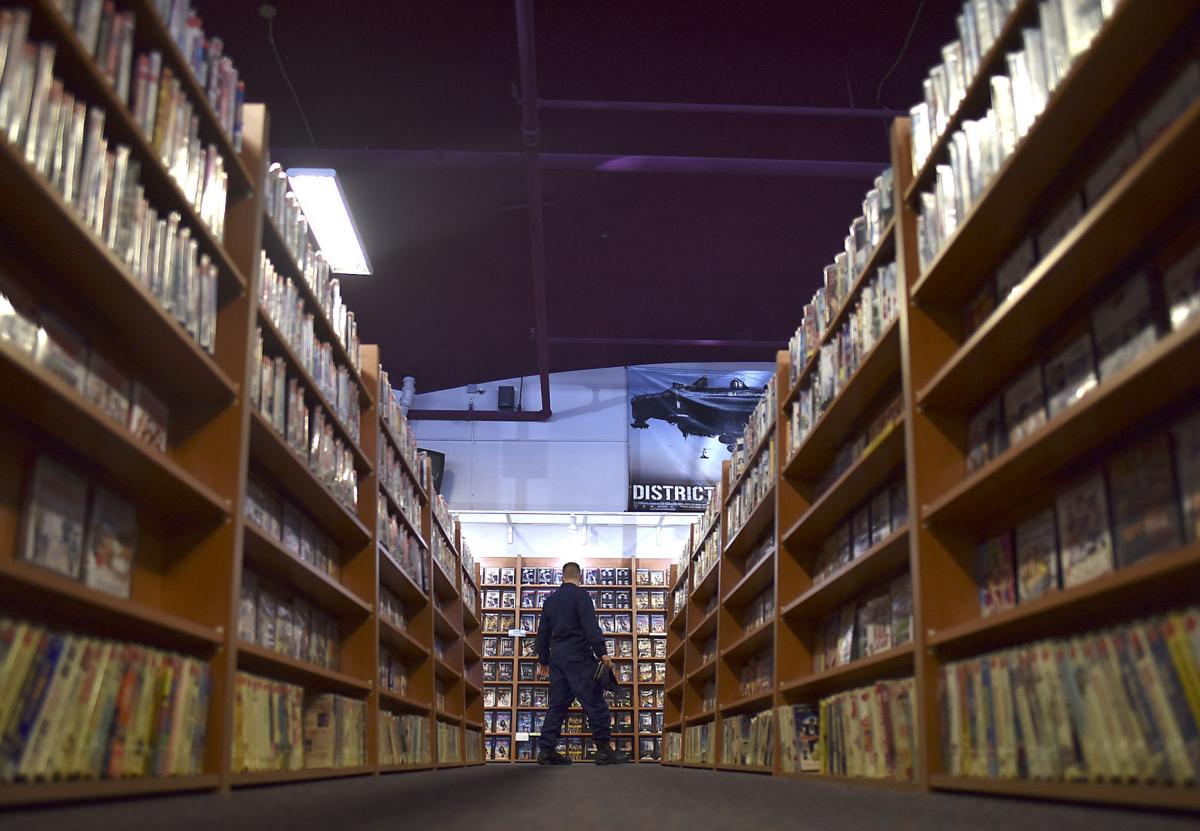 A customer browses the selection of movies at Video Horizons in Astoria. 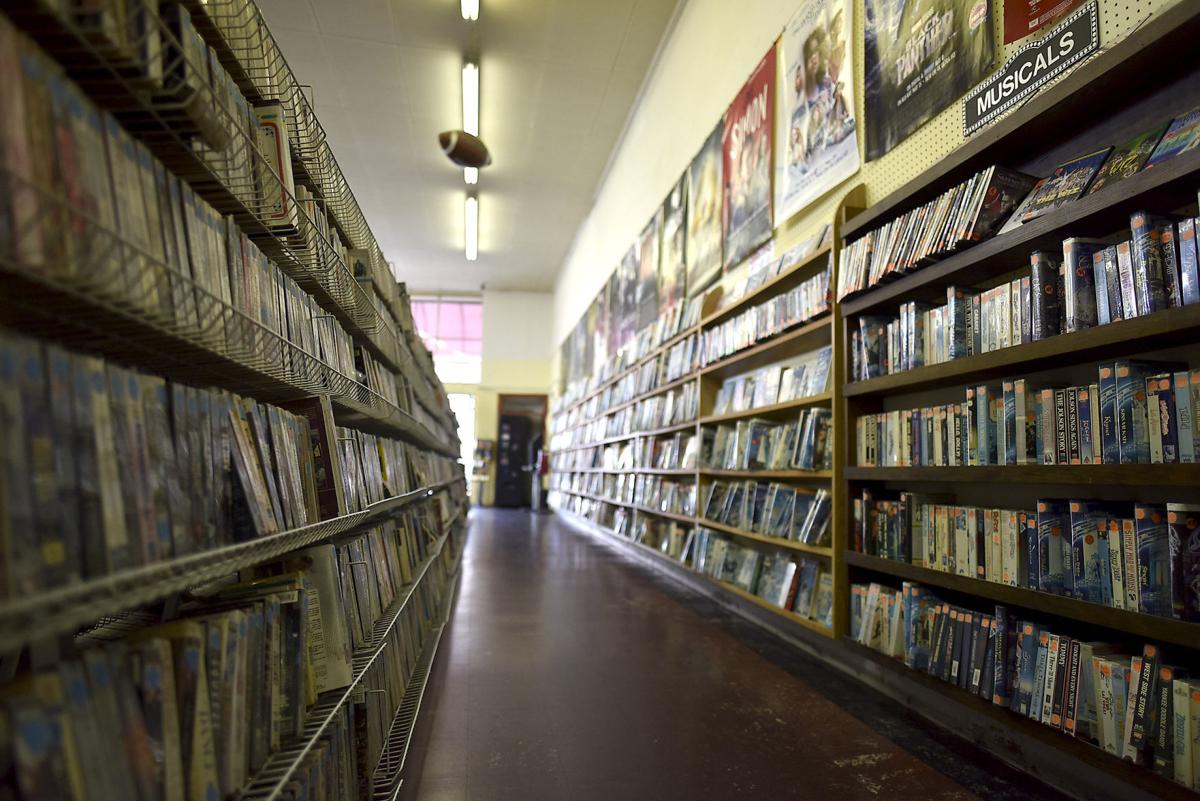 Universal Video in Seaside is one of only two remaining video rental stores left in Clatsop County.

Chris Wood works the counter at Video Horizons in Astoria.

A customer browses the selection of movies at Video Horizons in Astoria.

Universal Video in Seaside is one of only two remaining video rental stores left in Clatsop County.

In the age of Netflix, Amazon and Redbox, video rental stores are a vanishing species. The country’s last living Blockbuster, a once-ubiquitous chain, is in Bend.

But two North Coast outlets — Video Horizons in Astoria and Universal Video in Seaside — have managed to hold on since the 1980s.

Video Horizons, a spacious rental emporium with a red neon sign that can be seen from the Astoria Column, opened in 1984 and moved into its site near the Astoria Riverwalk in 2002. And Universal Video, once part of a franchise, opened in 1983 and is now a stand-alone business on Holladay Drive.

Their businesses remind you of how traditional brick-and-mortar video stores once put people in the movie-watching mood.

Patrons browse the aisles, scrutinize the plastic boxes, wander into genres and scan titles that weren’t algorithmically chosen for them, and chat with clerks about new releases, all while wall-mounted TVs play movies in the background.

Both stores display promotional art from long ago. Video Horizons sports movie posters for Angelina Jolie’s “Tomb Raider” and the now 10-year-old “The Dark Knight.” Behind the desk at Universal Video are faded cardboard stand-ups that seem to have stopped arriving in the late ’90s, advertising such films as “Down Periscope” and “Saving Private Ryan.”

“I hear so many people who visit from out of town and think, ‘God, I miss video stores. I wish we had one in our town,’” Cummings said.

While some customers get much of their media online, others don’t want to deal with the hassles of technology or enter their credit card information into a website. The stores remain afloat through a steady stream of regulars, visitors and people who know that the internet only offers so much.

“Some people are such movie fanatics that they want to be able to choose from all movies,” Cummings said. “You can’t get everything that comes to your mind that you want to see online.”

Another reason Cummings suspects people return again and again to his store: the importance of supporting local businesses. And because Video Horizons sells previously-viewed movies, folks stop by to fill out their personal collections as well.

Both stores continue to rent VHS in addition to DVDs and Blu-rays. Both carry tens of thousands of titles.

And both stores saw a decline in business during the advent of pay-per-view, rental by mail and streaming services.

Jim Haugen — who lives above Universal Video with his brother — said that when they first opened, their main competitors were other local video stores. Now the threat is all online. The store, he said, saw a noticeable but not devastating decline when online rivals started taking over the market.

But at Video Horizons, the impact was sudden and nearly terminal. Around 2008, shortly after its peak, the store lost more than 50 percent of its business.

Asked if the store was ever in danger of closing, Cummings said, “Every day.”

“When business went down really hard, it was tough,” he said. His landlord was willing to work with him to maintain his space on Astor Street, next to Sahara Pizza.

Why did he decide to keep the store open? “I’m just stubborn,” Cummings said with a laugh. “I love movies. That’s why I got into it in the first place. I have a passion for it.”

A man who studied architecture at Washington State University, Cummings started working in video stores because of his love of film. A cinema history class he took in the early 1970s opened up his world to Kubrick and Kurosawa, Hitchcock and DeMille.

Jim Haugen wasn’t a film buff per se, but he enjoys classics like “12 Angry Men,” “The Best Years of Our Lives” and “Casablanca,” a movie all but universally loved by people who love movies.

Cummings has tried to hire employees with a similar affinity for film, people who can speak the language of cinema and help guide customers’ tastes. Cummings digs the art house specimens — Wes Anderson is his favorite director lately — whereas Tim Allwein, a Horizons clerk, knows the older and esoteric flicks. Allwein used to own an Astoria comic book store, Amazing Stories, which also rented movies.

On a recent afternoon, Allwein helped a Forest Grove man find “Strange Brew,” an obscure 1983 film with Rick Moranis and Dave Thomas. The store just happened to have a spare copy in the back for sale. Allwein recently brought the Netflix show “Stranger Things” to the attention of Astoria resident Mike Transue, who rented both seasons at once and said he got hooked after episode No. 5.

Transue remembers an outing to the video store as an event, something worth carving out time for. Video Horizons is “like a magical throwback to when I was a kid,” he said.

Though he isn’t averse to getting movies online, “if you’re at home and you’re making your decisions, you’re not getting out. You’re being very reclusive,” Transue said

“For a lot of people, this is their social outlet for the day,” Cummings said. “They go and have coffee at their favorite cafe, and then they might go to the gym and work out or something, and then stop by the video store. We see people on a daily basis. And they love to come and chat and talk and (ask) ‘What’s good this week?’”