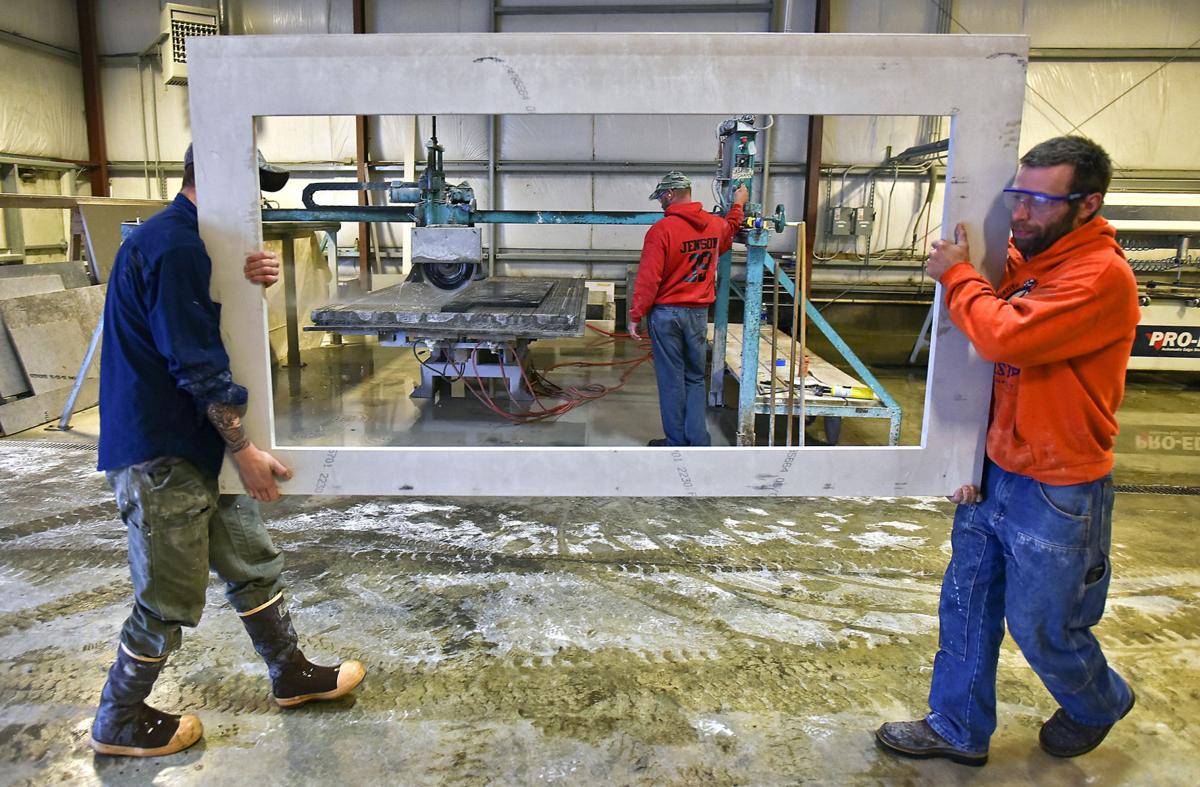 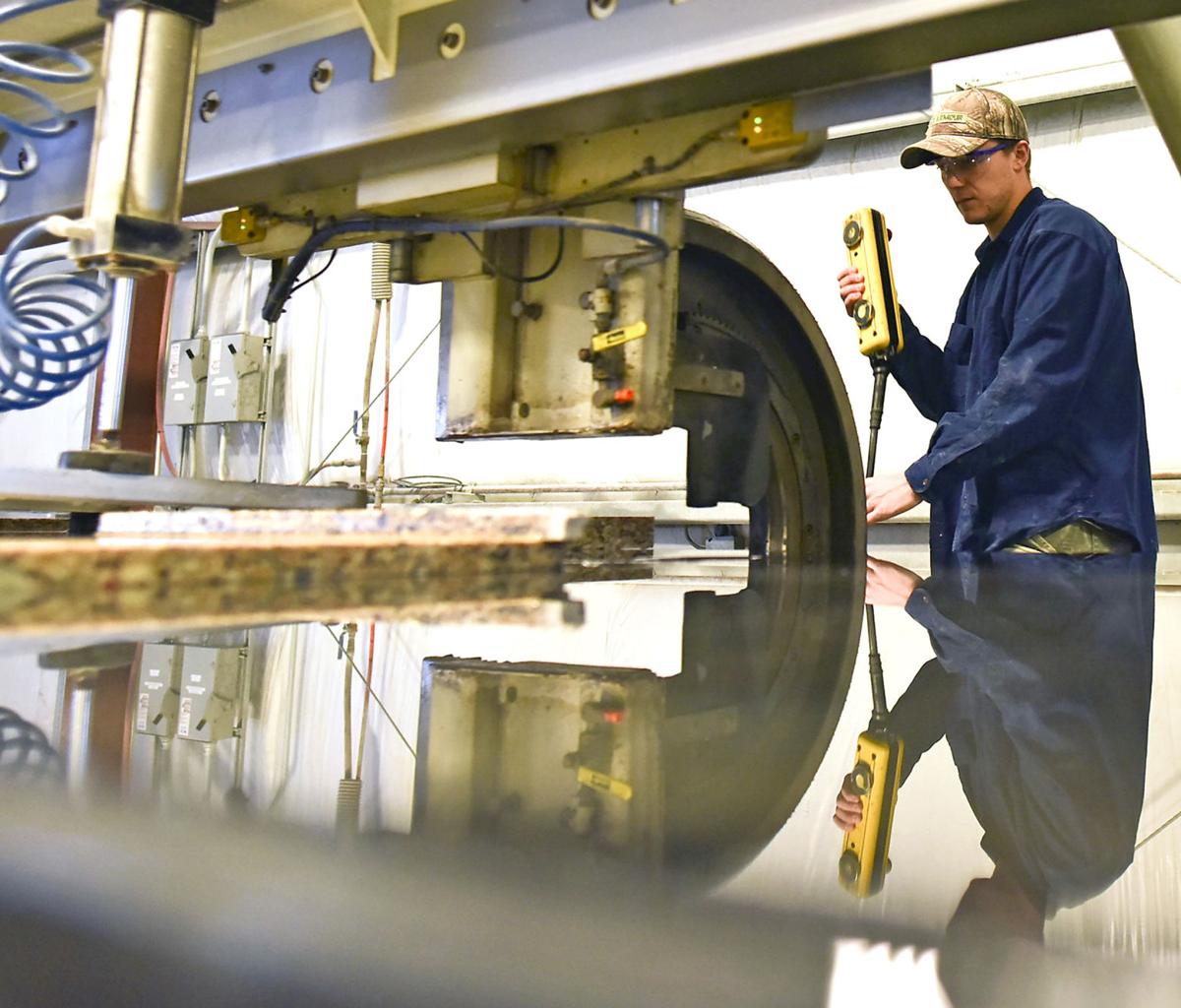 Zachary Cox works on a countertop in the fabrication shop of Astoria Granite Works. 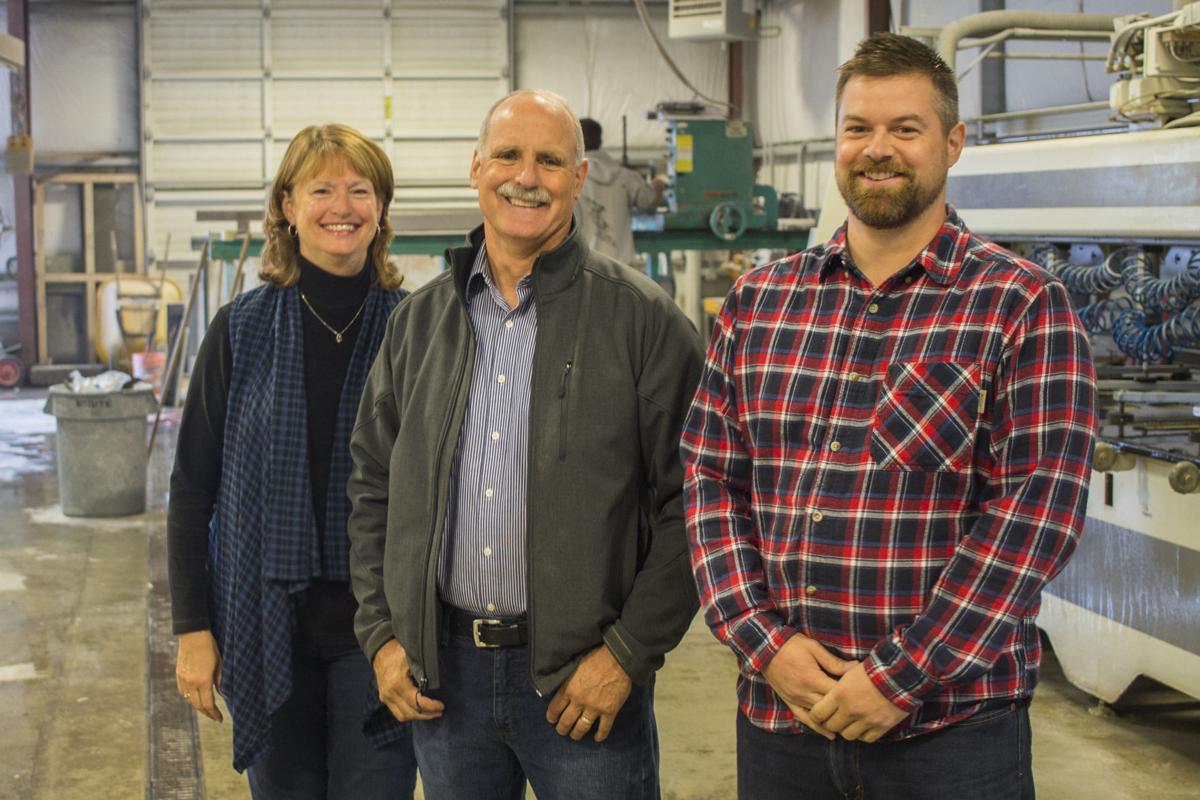 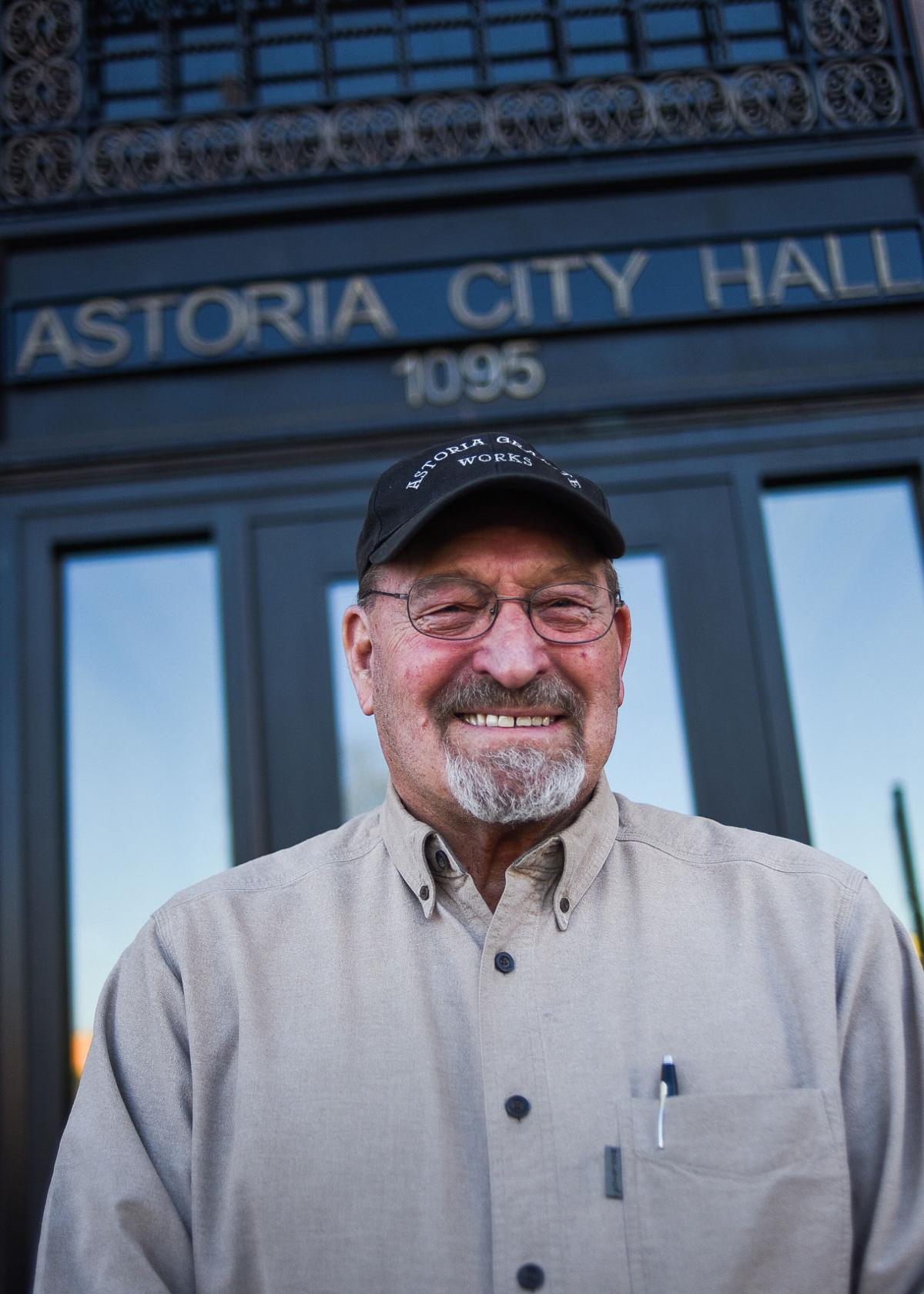 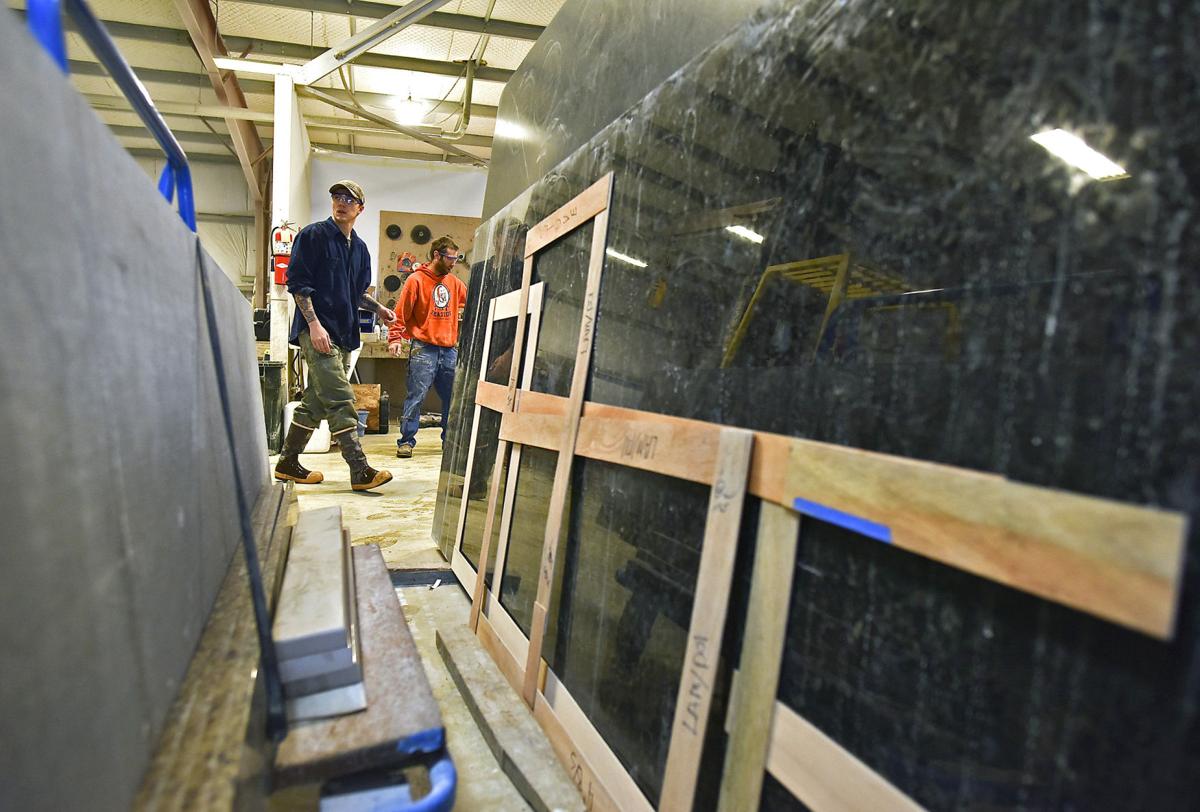 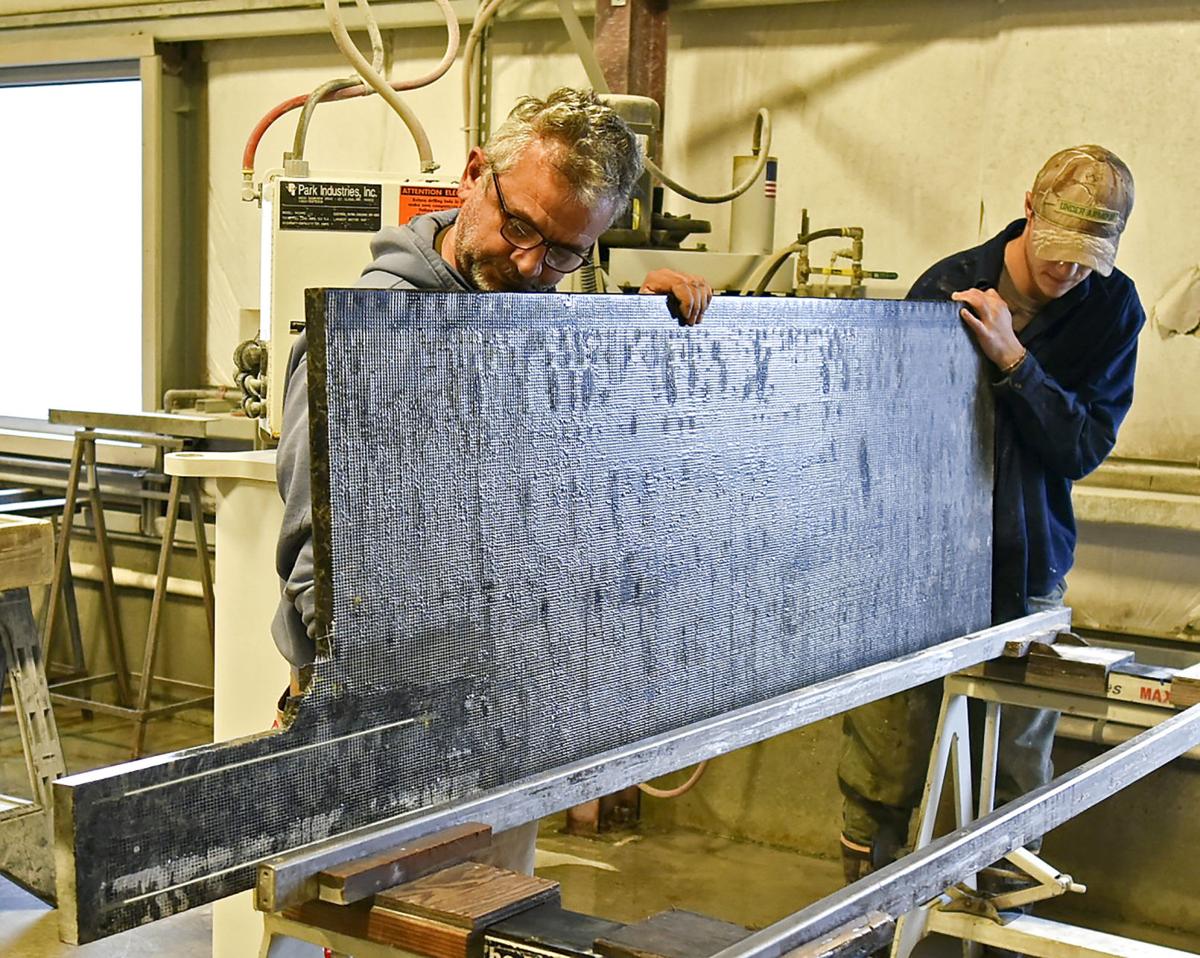 Sotiraq Profka, left, and Zachary Cox, right, prepare to lower a countertop section onto a table for finishing touches in the fabrication shop of Astoria Granite Works. 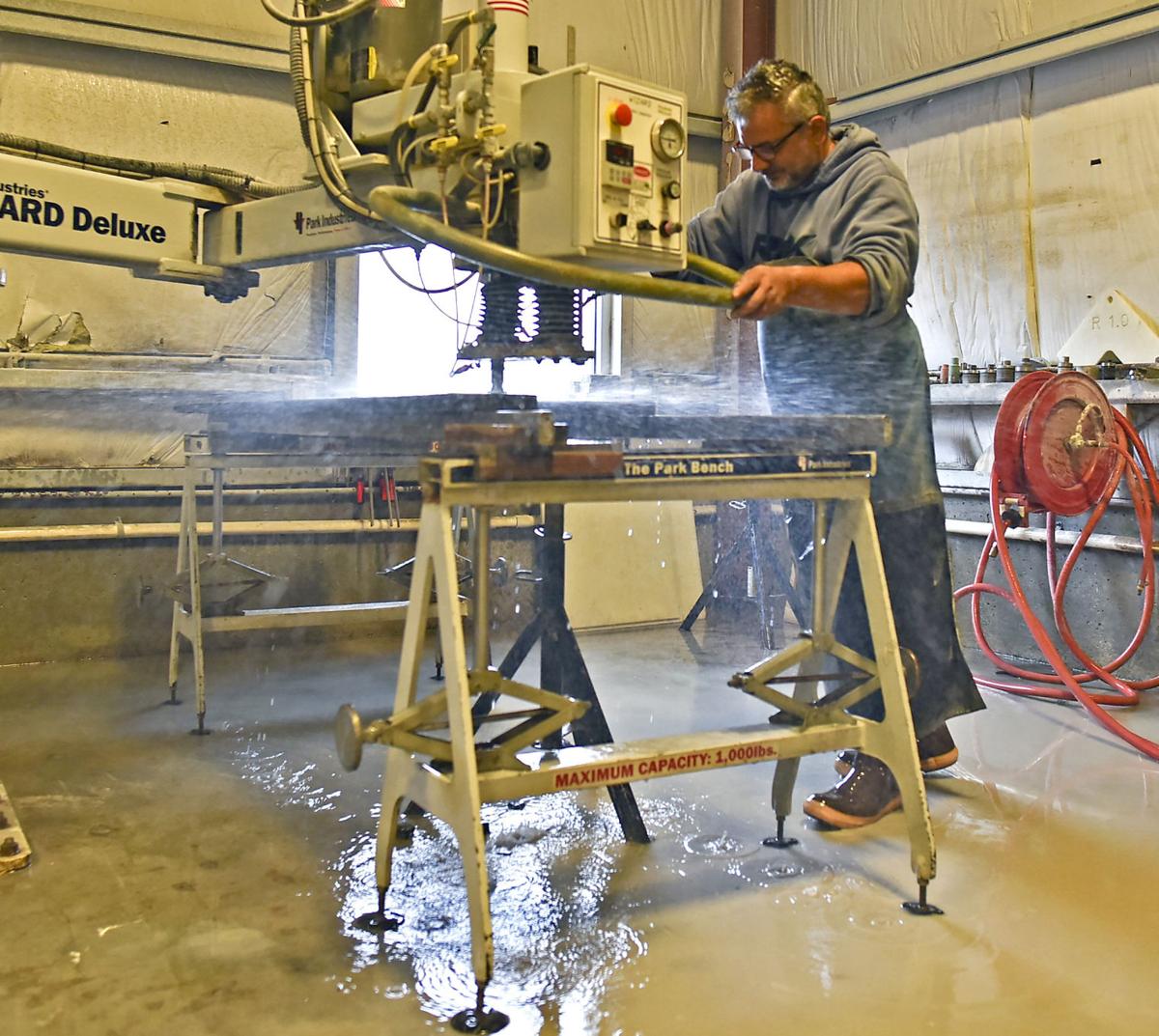 Sotiraq Profka works on a section of countertop at Astoria Granite Works.

Zachary Cox works on a countertop in the fabrication shop of Astoria Granite Works.

Sotiraq Profka, left, and Zachary Cox, right, prepare to lower a countertop section onto a table for finishing touches in the fabrication shop of Astoria Granite Works.

Sotiraq Profka works on a section of countertop at Astoria Granite Works.

Chris Schauermann and his wife Shary, who renovate and flip houses, had been buying stone from Russ Warr’s Astoria Granite Works for years and storing it at his warehouse.

In April, Warr called Schauermann and asked him to come get his stuff because he was closing the business down.

“I said, ‘Well, do you want to sell some of your hand tools?’” Schauermann said. “And he said, ‘How about buying my whole business?’”

A pastor for the past 25 years at Gateway Community Church in Hammond, Schauermann recently left the ministry and took over the business.

Warr retired from operating the Astoria Sears, Roebuck & Co. in 1993, when Sears bought the store back from him. After three or four months, he realized retirement wasn’t for him. Dick and Denny Thompson approached him about buying Astoria Granite Works, which their father Paul Thompson had started in 1917.

After interning with the brothers for several months, Warr purchased the business in 1994. In 1998, he started doing stone countertops, the primary interest of the Schauermanns.

Warr also served for 12 years on the Astoria City Council before deciding not to run for re-election last year.

“I’m 75 years old, and I’ve been considering retiring for several years,” he said.

When he started trying to sell his business and building, Warr said, he fell ill.

“The medical issues made it very important for me to sell the business,” he said.

Warr had been dealing with the Schauermanns for some time and thought they were good people. The same year Warr sold Sears, the Schauermanns started North Coast Christian School, where Schauermann still serves as superintendent, and his wife as a board member.

Their son, Angelo Schauermann, was recently voted in as the new pastor by the membership of the Gateway Community Church next door.

“It was time for me to not be a pastor anymore, and I still need to make a living,” Chris Schauermann said. “Me and my wife have been fixing up dilapidated buildings, (and) I knew something about granite.”

The Schauermanns weren’t interested in the headstone and monument business, so Warr brought in Vancouver Granite Works.

“They had been lifelong friends with the first generation of Vancouver Granite Works,” Warr said of the Fuerstenberg family that owns the business.

Warr sold the original location of Astoria Granite Works to Cindy Daly, a daughter of one of the original owners. The Schauermanns took on the workshop Warr had opened in 1998 on Gateway Avenue.

Behind a small storefront is the workshop where Astoria Granite Works takes in stone from around the world and turns it into countertops, bathroom walls and other household features. Most of the work is with homeowners and building contractors.

Shary Schauermann does accounting for the business, but the Schauermanns largely leave operations to Isaac Bentson, a member of their church they hired as general manager after he was laid off from a construction crew. Despite losing the monument business, the Schauermanns took on all of Warr’s former employees, including four fabricators with 15 years of experience each.

Warr has stayed away from the business, not wanting to interfere, but said Astoria Granite Works’ reputation seems to be holding up.

“I’m not sure how that’s going to work out in the long term,” he said of his retirement from both public life and business ownership. “All of my adult life I’ve been involved in things besides my business, now I’ve got nothing to do during the day. But at some time, you’ve got to quit.”