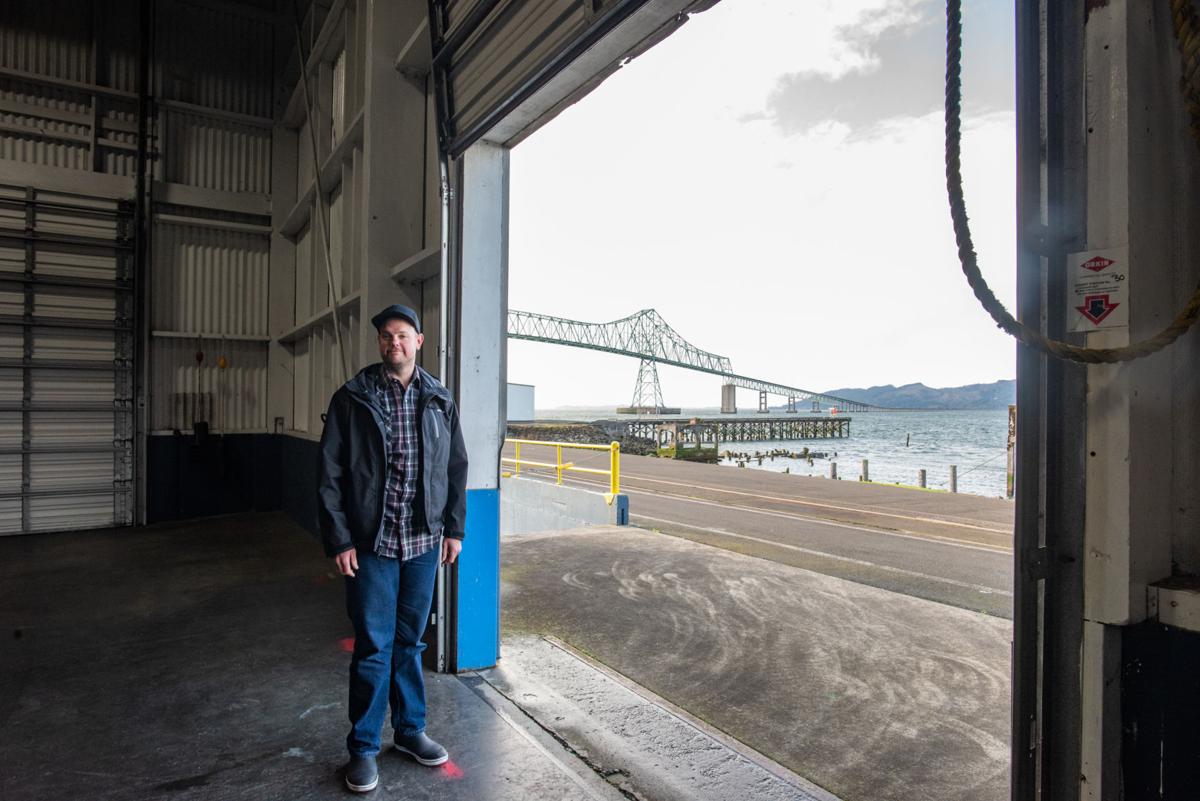 Fort George Brewery co-owner Chris Nemlowill stands in the doorway of Astoria Warehousing, which opens to expansive views of the Columbia River and the Astoria Bridge. 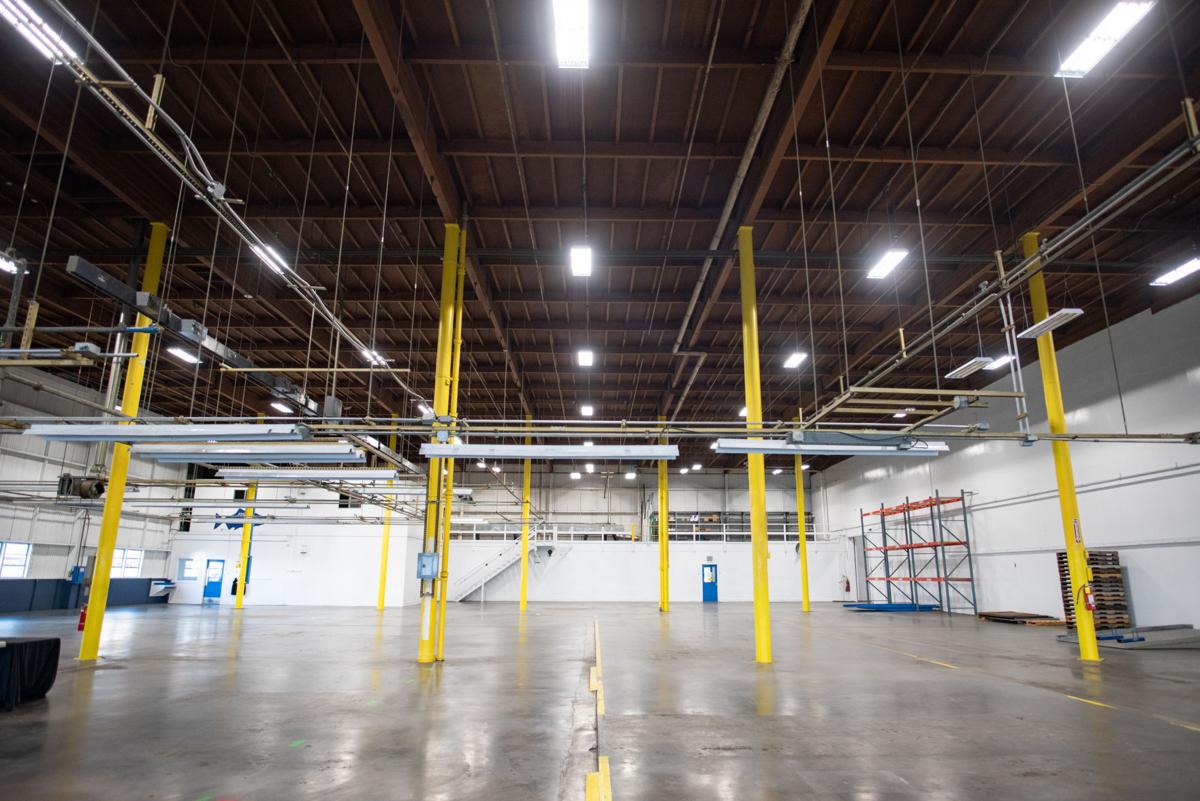 Fort George plans to add the brewery in the first building of the warehouse complex. 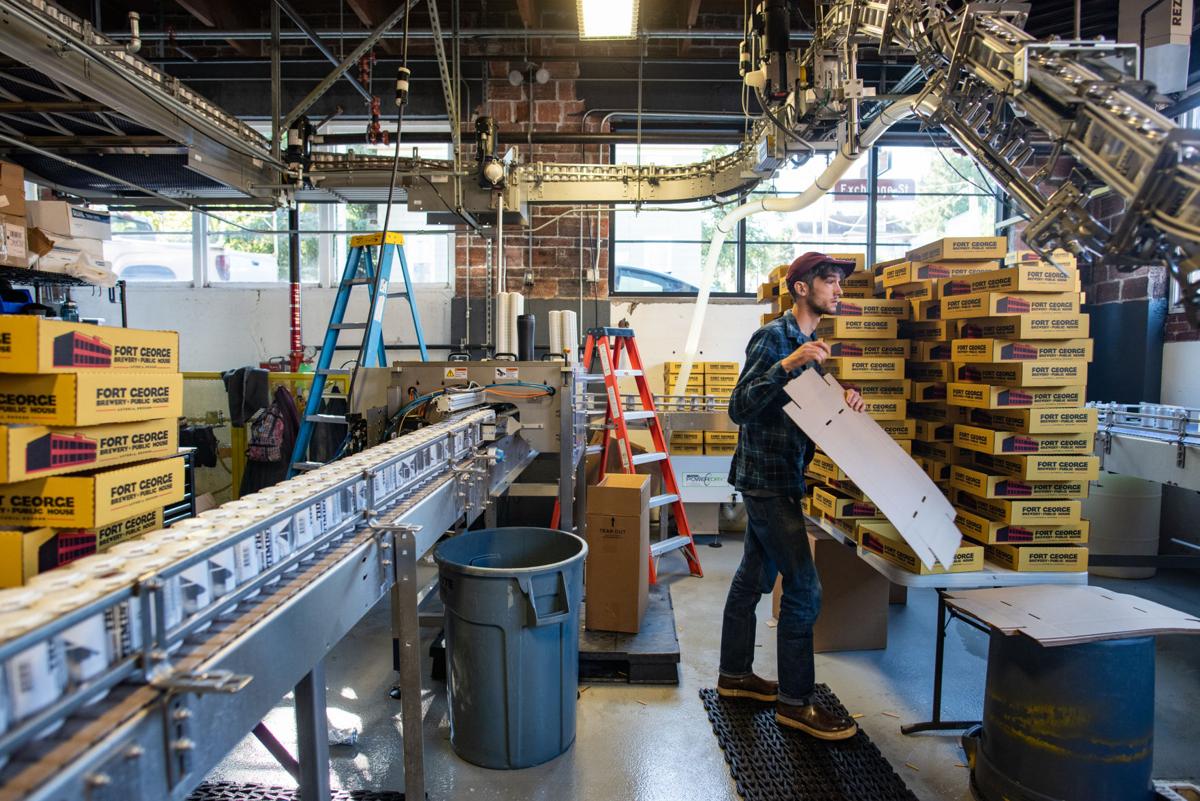 Landon Churchill folds boxes together to hold fresh beer cans in the production room of the Lovell Building at Fort George Brewery. The production and distribution centers will move to the new property. 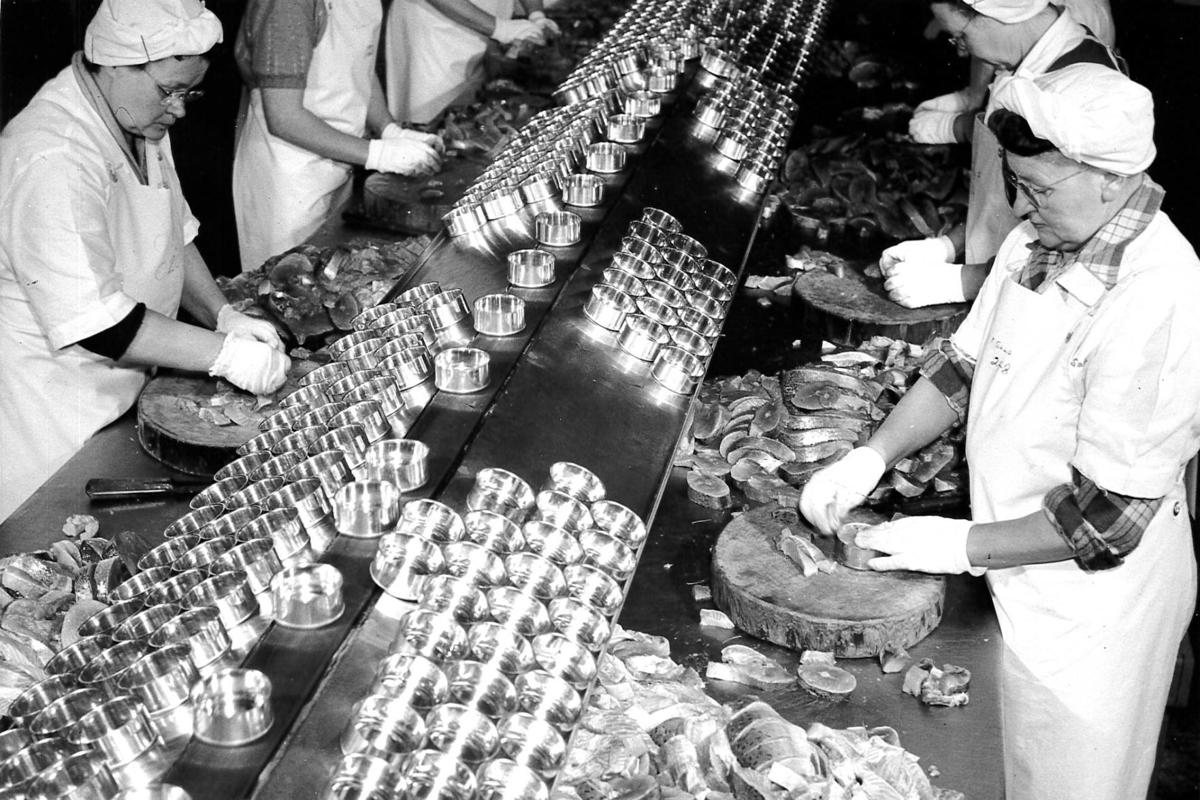 The Elmore Cannery used to package and label cans of salmon in Astoria, an operation replaced by Astoria Warehousing from 1983 until its relocation to Kent last year.

The cavernous, 124,000 square feet spread among several buildings at Astoria Warehousing sits broom-clean and ready for the property’s next life.

After purchasing the 5-acre campus for $8 million last week, Fort George Brewery co-owners Chris Nemlowill and Jack Harris are looking forward to an expansion they hope will add lots of beer and 35 manufacturing jobs over the next five years.

The adaptive reuse of Astoria Warehousing harkens back to the beginnings of Fort George, which started in a former auto dealership in 2007 with eight employees. The brewery rapidly expanded and in 2009 purchased the entire city block, including the Fort George and Lovell buildings. It has since become one of the biggest-producing Oregon breweries, employing 160 people.

“We’ve got a lot of amazing employees here, and we feel like they’re at a ceiling,” Harris said. “We have so many motivated, smart people here that we want to give them more to do.”

The biggest of the four buildings at Astoria Warehousing spans 67,000 square feet. Fort George plans to relocate most of its back-of-house operations there, including distribution, canning and a new 11,000-square-foot cold storage.

The brewery currently uses a cramped warehouse in Warrenton. Harris described managing the warehouse like a game of Tetris, moving around different beers and sending them back to the Astoria pub to be put on tap and throughout the Pacific Northwest.

When Fort George takes beer to distributors in Portland and Seattle, it brings back other people’s products for distribution throughout the lower Columbia region. Improving its distribution means helping numerous other companies, Nemlowill said.

For the expansion, Fort George purchased a 60-barrel brewery from Portland’s BridgePort Brewing Co., which closed earlier this year. It will also move many of its fermentation tanks from the Lovell Building to the warehouse. The new system will allow Fort George, currently making about 28,000 barrels of beer a year, to crack 60,000 barrels without making its employees brew on weekends or graveyard shifts, said Michal Frankowicz, the head brewer.

“As far as what the new system will produce, it will be focused mostly on our year-round beers and seasonals that go into cans and kegs,” he said.

Shifting most of the production and canning to the warehouse will allow the Lovell Building brewery to focus more on barrel-aged, sour and other experimental, smaller-batch beers, he said.

“We will also have a small canning line in (the Lovell Building) to package limited runs of beers that we think are excellent,” Frankowicz said. “This will allow patrons to take beers to go from our pub that are different from what is found on the store shelves.”

Much of the warehouse space will be used for storing cans, Nemlowill said. The rest he is unsure about, but said the brewery could sublease space to other craft beverage makers and small manufacturers. Fort George will also partner with Clatsop Community College to create a fermentation program.

Astoria requires manufacturers on the waterfront to include a retail aspect. To fulfill that requirement, Fort George plans to eventually add a small taproom at the northwestern corner of the campus with a panoramic view of the Columbia River and Astoria Bridge in what Nemlowill calls “the nicest view in town.”

Years in the making

Fort George first reached out three years ago to Astoria Warehousing for more space, but the company had no plans at the time of moving, Nemlowill said.

The brewery instead bought 10 acres at the North Coast Business Park in Warrenton. But the property faced wetland and other challenges that ballooned the projected cost of building there to $10 million, Nemlowill said. He was unsure of the company’s plans with the Warrenton property now that it’s chosen Astoria.

When Astoria Warehousing’s parent company shut down and relocated the local operation to Kent, Washington, Fort George’s focus went back to Astoria. But the brewery struggled to get financing for the deal because of historical underground petroleum leakage from surrounding properties.

The state grant allowed Fort George to buy the property and get the money for improvements using a $12 million loan from U.S. Bank, gleaned from the federal New Markets Tax Credit program secured by regional lender Craft3.

“This is going to be a pretty iconic project,” he said. “It is difficult to do rural manufacturing projects pretty much anywhere in the U.S.”

Nemlowill speaks with pride about the return of canning to the warehouse and replacing the 25 jobs lost when the operation moved north. He named the property holding company Blue Jumpsuit LLC in honor of the uniforms workers at the labeling company wore.

“They ran an extremely efficient labeling company out of here,” he said. “It was so efficient that they were willing to drive ... 1,500 truckloads a year of salmon cans from Kent, Washington, to Astoria to put labels on them and then ship them all back up to Kent, Washington, to then put them on barges and send them out to the world.”

Nemlowill and Harris hope to be sending out Fort George cans from the warehouses by the end of next year.