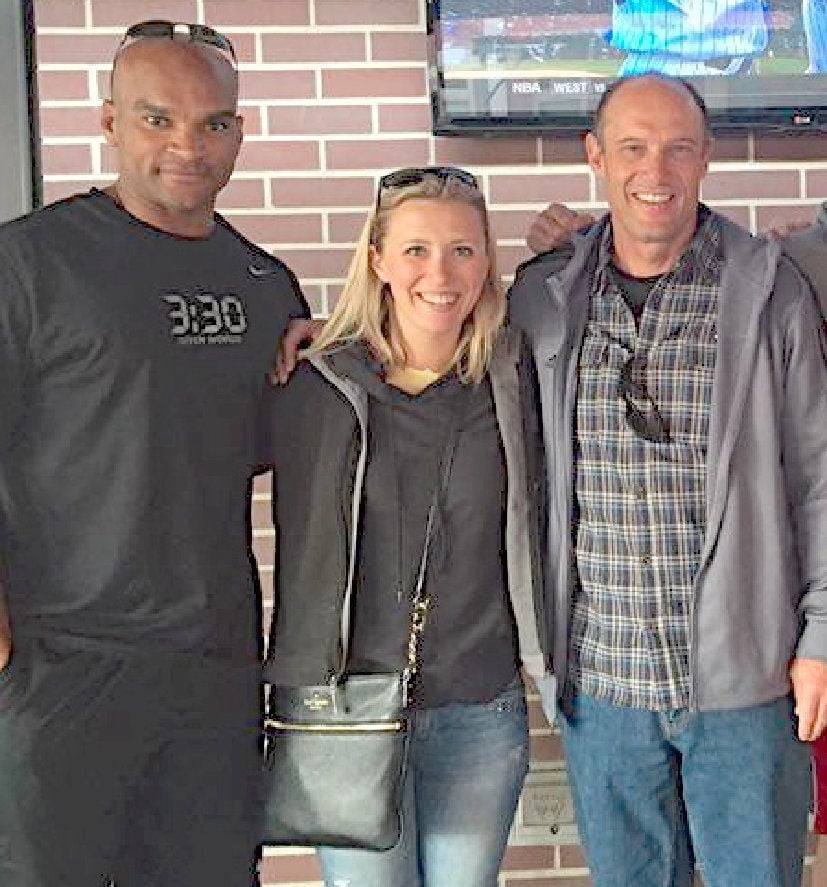 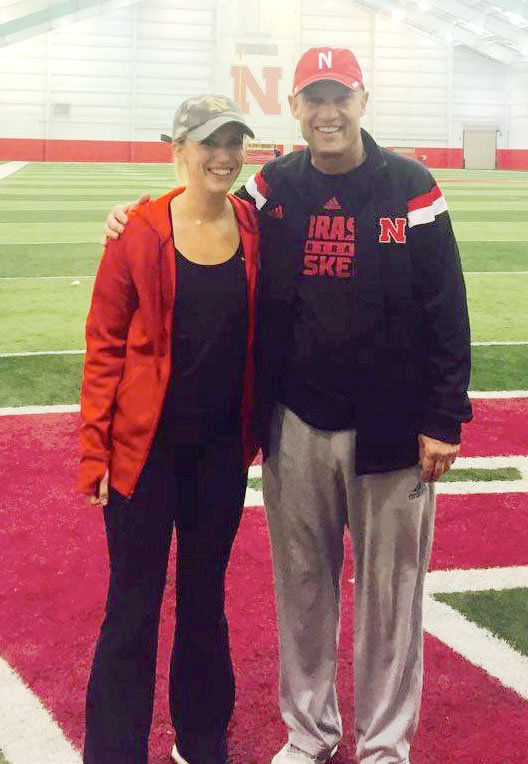 We all hear the question at one time or another in our lives: “What do you want to be when you grow up?”

It’s highly unlikely that “assistant director of football operations at the University of Nebraska” would have been one of Hilary O’Bryan’s top responses.

Yet there she is, on page 86 of the 2015 Nebraska football media guide: “Hilary O’Bryan, assistant director of football operations.”

“I would have never guessed that, or that I would be in Nebraska,” said O’Bryan, an Astoria native and 2008 graduate of Astoria High School. “But I’m so glad it’s worked out that way.”

O’Bryan is in her first year with the Cornhuskers. And so is head coach Mike Riley. That’s not a coincidence.

O’Bryan also served as Riley’s assistant at Oregon State, before the coach was hired by Nebraska last off-season.

And going back to her high school days, O’Bryan was the student-assistant for Astoria football coach/Athletic Director Howard Rub.

“I have coach Rub to thank for getting me started,” said O’Bryan, who was a three-sport star at Astoria. “He got me an interview at Oregon State right after high school graduation. I got a front-desk student position (in the OSU Athletic Department), so if it wasn’t for him, I wouldn’t have had the opportunity to work at the front desk, and probably never would have met coach Riley.

“Helping coach Rub throughout high school has transitioned into my career and what I love to do.”

O’Bryan arrived in Lincoln in December 2014, after Riley got the Nebraska coaching job, and “he asked me if I’d be interested in the opportunity. I just looked at it as a great time in my life to take a leap. I had never been to Nebraska before, and really couldn’t tell you where the university was located.”

Riley brought with him a few assistant coaches and several members of the Oregon State staff.

“We’ve got a good crew of people who were either at Oregon State last season or had Oregon State ties at some point,” O’Bryan said. “The first few weeks felt funny. I was wearing a red polo shirt instead of an orange one, but seeing the familiar faces made it an easier transition.”

O’Bryan had served in pretty much the same capacity at Oregon State. Her profile in the Nebraska media guide: “… Manages day-to-day football operations, assists with team and staff travel, is the liaison to the marketing and community relations departments and manages all administrative responsibilities for Coach Riley.”

How’s that for a job description?

“It’s a lot of fun stuff. I get to wear different hats every day, which keeps it entertaining. I’m always learning, and I’m side-by-side with coach Riley as well, with all his off-the-field operations.”

During the season, “everyone gets in about 8 a.m., then I like to take off at 7 or 7:30 in the evening,” O’Bryan said. “I’ve never even thought about the hours I put in, because I love going to work every day, and I love everyone I work with. I wouldn’t have it any other way.”

A typical week for O’Bryan varies, depending if the Huskers are at home or on the road.

“If we’re on the road, I leave Thursday and go out to whatever city we’re playing in,” she said. “I do a meeting at the hotel Friday, check out the stadium, go to the airport and meet the team when they arrive. I’m the advance crew, just to make sure all the details are ironed out before the team arrives.”

Which was a major task, to be sure, at Oregon State, a Division I Pac-12 school. Nebraska football, however, is a whole new ball game. It’s Major college football, with a capital M.

“Nebraska is a historic, tradition-rich college football program (five national titles, 43 conference championships, 51 bowl appearances),” O’Bryan said. “It’s pretty special. There are upward of 90,000 people at each game … you really have to experience it. The support is unbelievable. It’s a great atmosphere.”

On game day, O’Bryan said, Nebraska’s Memorial Stadium (sold out for every home game since 1962) is said to be “the third-largest city in the state.”

There’s Omaha, Lincoln, “and on game day, Memorial Stadium is the third-largest.”

O’Bryan started as a student assistant at Oregon State in 2008. She was promoted to executive assistant in 2010 before being named assistant director of football operations in 2012.

She earned her bachelor’s degree in business marketing that year, and graduated with a Master of Business Administration with a focus in market research from OSU in June of this year.

O’Bryan’s career has now taken her from Astoria to Corvallis to Lincoln.

“I’d love to continue what I’m doing, but I also don’t know where life will take me,” O’Bryan said. “If I’m doing something different in 10 years, as long as I’m happy, that’s the main thing.”

The Huskers have been happy recently, with a recent win over No. 7 Michigan State.

Riley is “doing great,” O’Bryan said. “He and his wife felt like they had time for one more big adventure in this life, and they felt like this was the right place at the right time. He’s enjoying the process and the energy of being in a new place.”