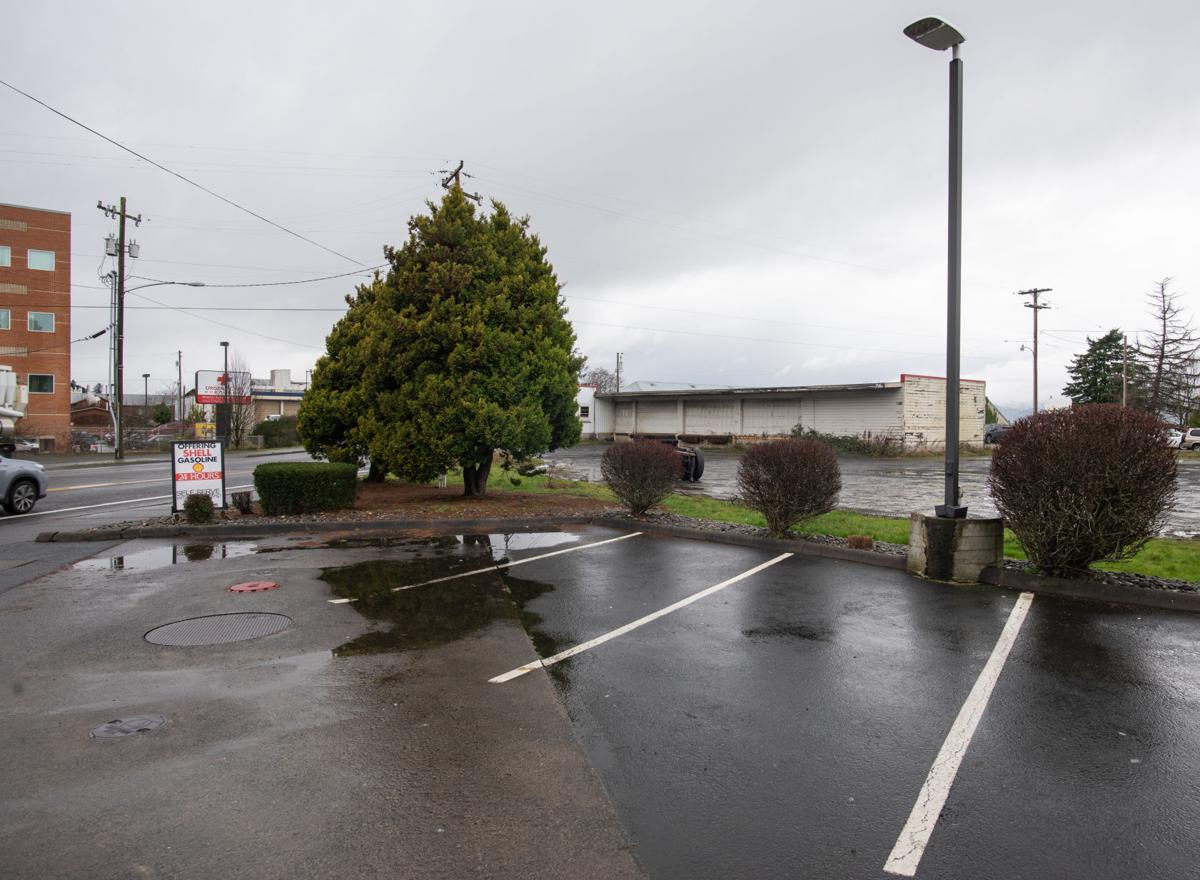 A developer hopes a shared driveway between the proposed Grocery Outlet and the neighboring Mini Mart on Marine Drive will help resolve Astoria’s concerns about access. 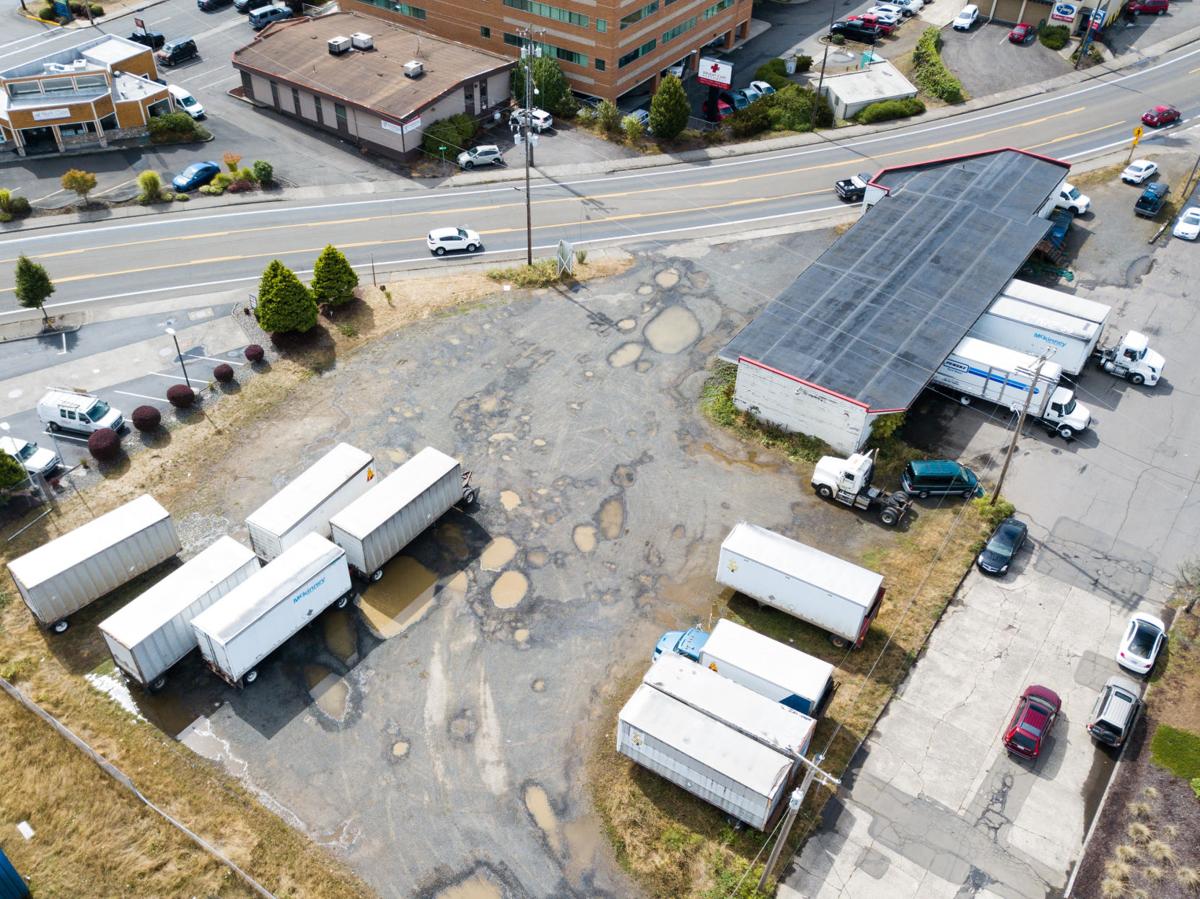 A developer wants to build a Grocery Outlet on a triangular-shaped lot.

The developer of a proposed Grocery Outlet in Astoria hopes a shared driveway with the Mini Mart on Marine Drive will help clear the way for a new store.

The Design Review Commission in October denied a proposal by Texas-based Main & Main Capital Group to build a 16,000-square-foot building for the national discount grocer on a triangular lot where Commercial Street runs into Marine Drive. Central to their concerns was access off of Marine Drive and the potential challenges it could pose for pedestrians.

Main & Main appealed the denial, arguing the commission did not reasonably explain under what conditions the project could be approved. The developer asked for and received approval from the City Council for a fresh public hearing that begins Tuesday.

In Astoria, access off Marine Drive, a state highway, has remained a contentious issue, with a perception of danger for pedestrians along the roadway and drivers entering and leaving through the bustling main artery. Main & Main’s revised application utilizes a shared driveway at the west end of the Mini Mart.

“We’ve given up our access on Marine Drive and have gone that extra effort to share access with the neighbor,” Dover said of the Mini Mart. “If you don’t have access off of Marine Drive, you’re going to force more traffic down 23rd (Street) and more down Commercial (Street) … you’re going to make it worse if you don’t relieve some of the congestion by allowing direct access off of Marine.”

Commissioners also took issue with pedestrians on Marine Drive and from the store’s parking lot having to cross a driveway on striped paths to reach the entrance, similar to access at Safeway. Main & Main’s revised application still includes a pedestrian path through the parking lot. But the path connects with Marine Drive farther away from the shared driveway than in the previous layout.

The city has still expressed concern with the close proximity of the pedestrian walkway to vehicle access.

To appease design standards, Main & Main added windows on the south side of the store and lowered the height of a roadside sign to make it more oriented toward pedestrians than cars.

“We’ve provided a good design, and Grocery Outlet wants to provide value and choice for Astorians … I believe competition is a good thing and will only help Astorians,” Dover said.

The City Council could approve or deny Main & Main’s revised application, or send it back to the Design Review Commission. If denied again, the developers could appeal to the state Land Use Board of Appeals. Asked about further appeals, Dover said he doesn’t foresee the process going that far.

“I think we can work with the city until we reach their design standards,” he said. “We just need some direction from them.”

I see no reason for another Grocery store in Astoria. A Grocery outlet would be especially superfluous and spread profits too thin. Thus ending in someone going out of business and leaving a big scar downtown with a building that wouldnt be used for years. It’s stupid from every angle.?

It seems economically irrational to me that we need another grocery store downtown, but the City planning process properly leaves that to the developer, provided that the site zoning permits the use, which in this case it does. On the other hand, the traffic/pedestrian problem seems an overwhelming one for the developer to solve. Anything close to the "Safeway" entrance model is patently unsafe, and should not be used as a basis for approval. Moreover, the Safeway location has a high incidence of motor vehicle and pedestrian collisions. Thus, I find it hard to believe the developer's contention that traffic engineers do not have a problem with any of their proposed solutions. I would think that locations in Rainier and Seaside would be sufficient, and that an Astoria location would benefit no one while representing a genuine opportunity for harm.