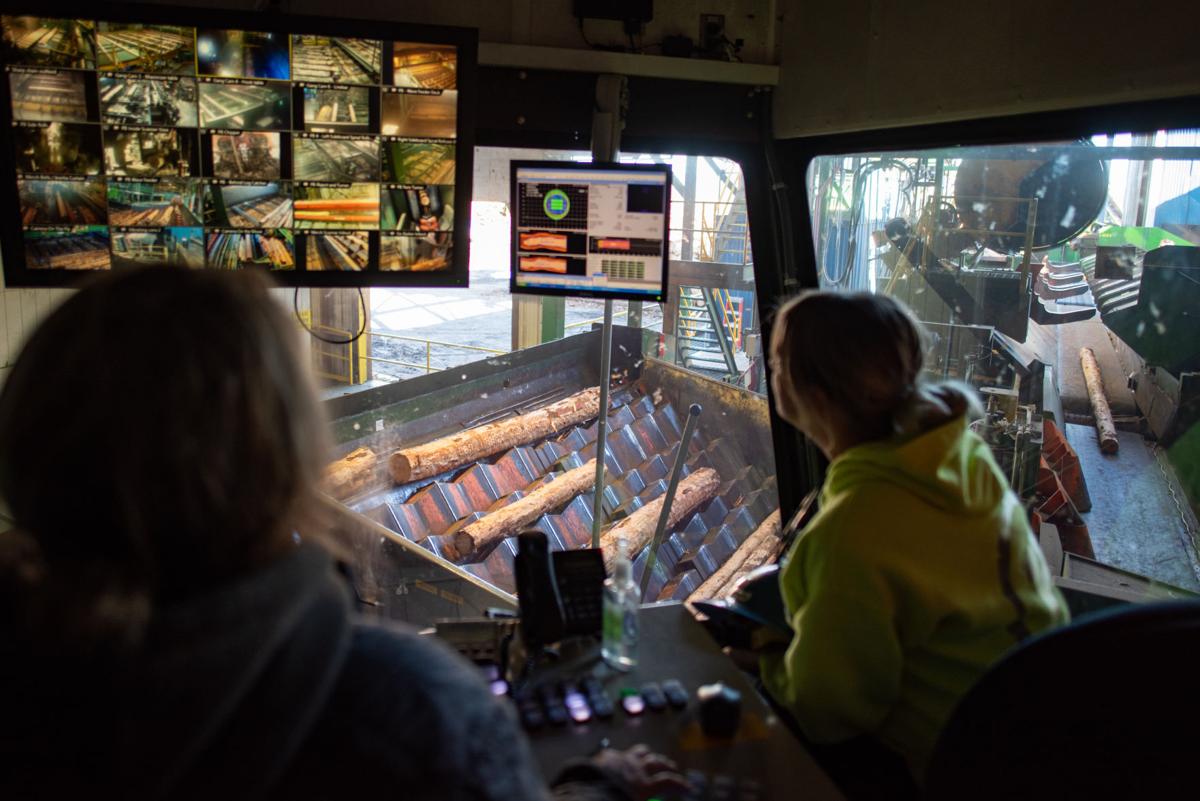 Watching from high above, two Hampton Lumber mill workers oversee lumber production. Workers are also able to monitor other parts of the mill from a TV screen with live feeds from other sections. 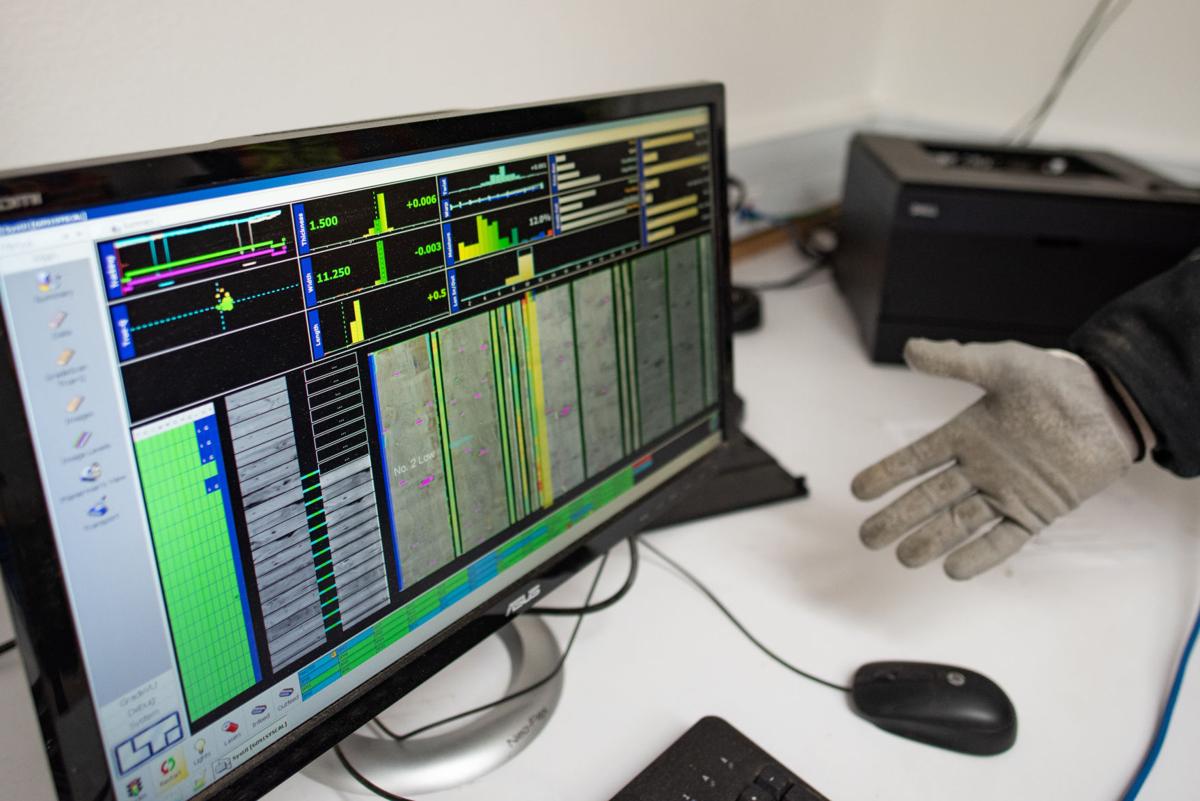 Hampton Lumber mill workers use computers that help analyze lumber quality by taking photos of each piece as it passes through. 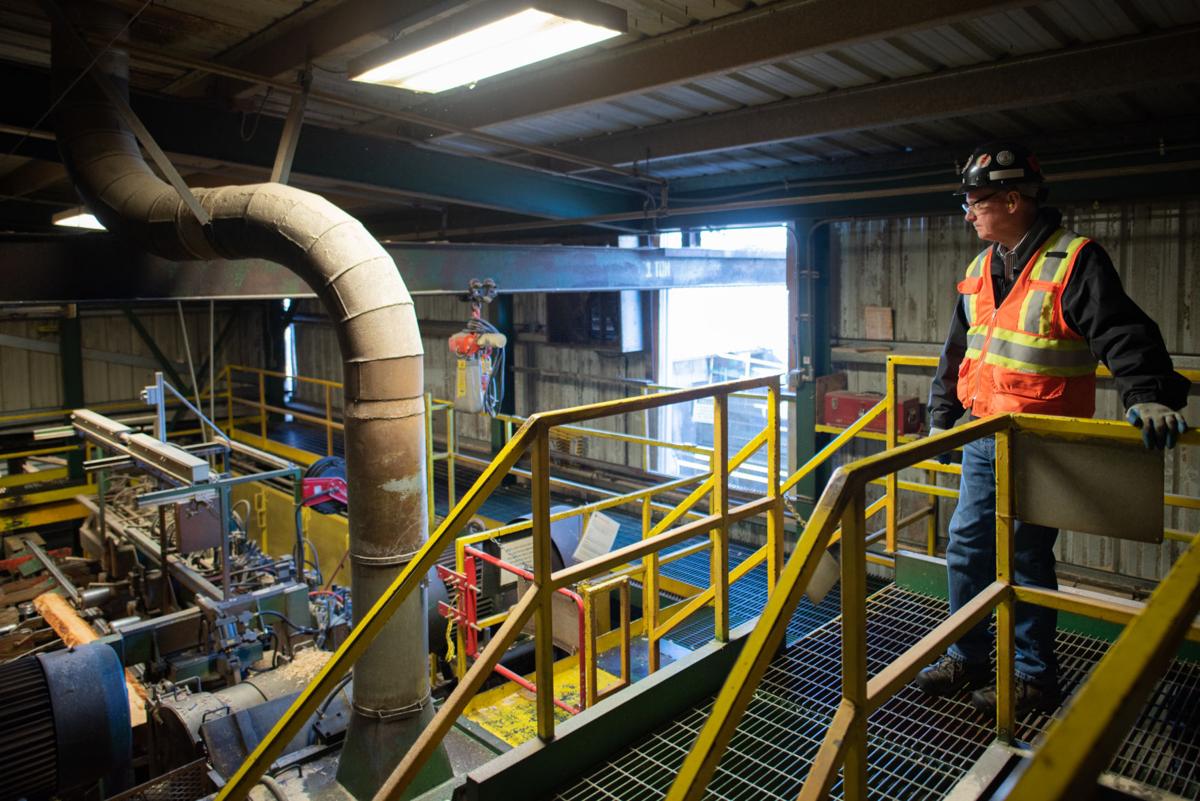 Hampton Lumber CEO Steve Zika helped purchase the Warrenton mill in 2009 and since has worked to fix and update the plant to increase production.

WARRENTON — Each Douglas fir and western hemlock entering Hampton Lumber’s mill runs through several scanners as it’s broken down from a tree trunk into boards. As much of the log as possible is utilized for lumber, with wood chips sent to Georgia-Pacific’s Wauna Mill for papermaking and sawdust used to power the boilers of the mill’s dry kilns.

After buying the mill from Weyerhaeuser Co. during the Great Recession and investing $18 million in deffered maintenance and modernization, Hampton Lumber is planning to spend another $25 million over the next five years to get even more out of its logs.

Hampton Lumber purchased the mill in December 2009 and shut it down for 20 months while making upgrades. Weyerhaeuser kept maintenance spending fairly tight and made no capital improvements over the final two to three years as it looked to sell, said Steve Zika, the CEO of Hampton Lumber.

The housing market had crashed, drying up much of the demand for Oregon’s lumber, leading to mass layoffs at mills around the state.

“We fixed what we had,” said Mike Moore, a sawmill supervisor who worked for Weyerhaeuser in Warrenton before Hampton.

The mill restarted in 2011 with just one shift of around 70 employees, but soon expanded to two. At the heart of the upgrades was a system that scans each log when it enters the mill and several times over as it’s broken down into boards, maximizing the usage. Being efficient is important, with logs being about 70% of the cost of producing lumber.

After being dried in the kiln, boards go through a planer. They are graded using a scanner from Corvallis-based Lucidyne Technologies that blows up an image of the wood, showing knots and other defects as it runs through.

“It’s about 90% accurate, so we can extract the value,” said Rod Trammel, who manages quality control for Hampton Lumber.

Most of the new investments will focus on further maximizing the value of the logs, from improved saws to scanners that look deeper into the wood. The mill will also add another dry kiln or two to improve the quality of the product and increase capacity, which could lead to a third shift if the timber becomes available, Zika said.

“If there was more supply, we could add employees,” he said. “We have plenty of business. Home Depot and Lowe’s are always looking for more lumber.”

State-of-the-art mills can produce around 900 board feet of lumber per man hour compared to around 400 in the olden days, Zika said. The Warrenton mill has gone as high as 690 board feet per man hour in production, Lois Perdue, the mill manager, said.

Zika acknowledges that all the innovation over the past 30 years has caused maybe 10% to 20% of the decline in mill employment, with access to timber from federal forests making up the rest. But many of the jobs eliminated are the more dangerous work, like sawyers, and the less-desirable tasks like cleaning up sawdust, he said.

“You don’t need as many of the manual jobs, but you need people that are smart and can use computers and optimization,” Zika said. “So it’s a higher skill level that we require and train for than in the old days.”

A look inside the Hampton Lumber mill in Warrenton