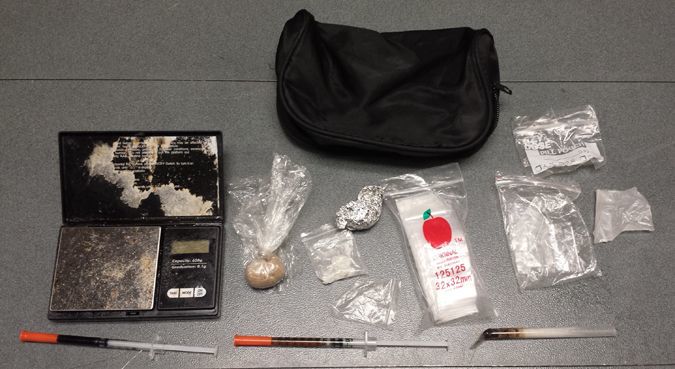 The evidence of the drugs is displayed after a February 2014 bust at a residence on Alameda Avenue in Astoria. 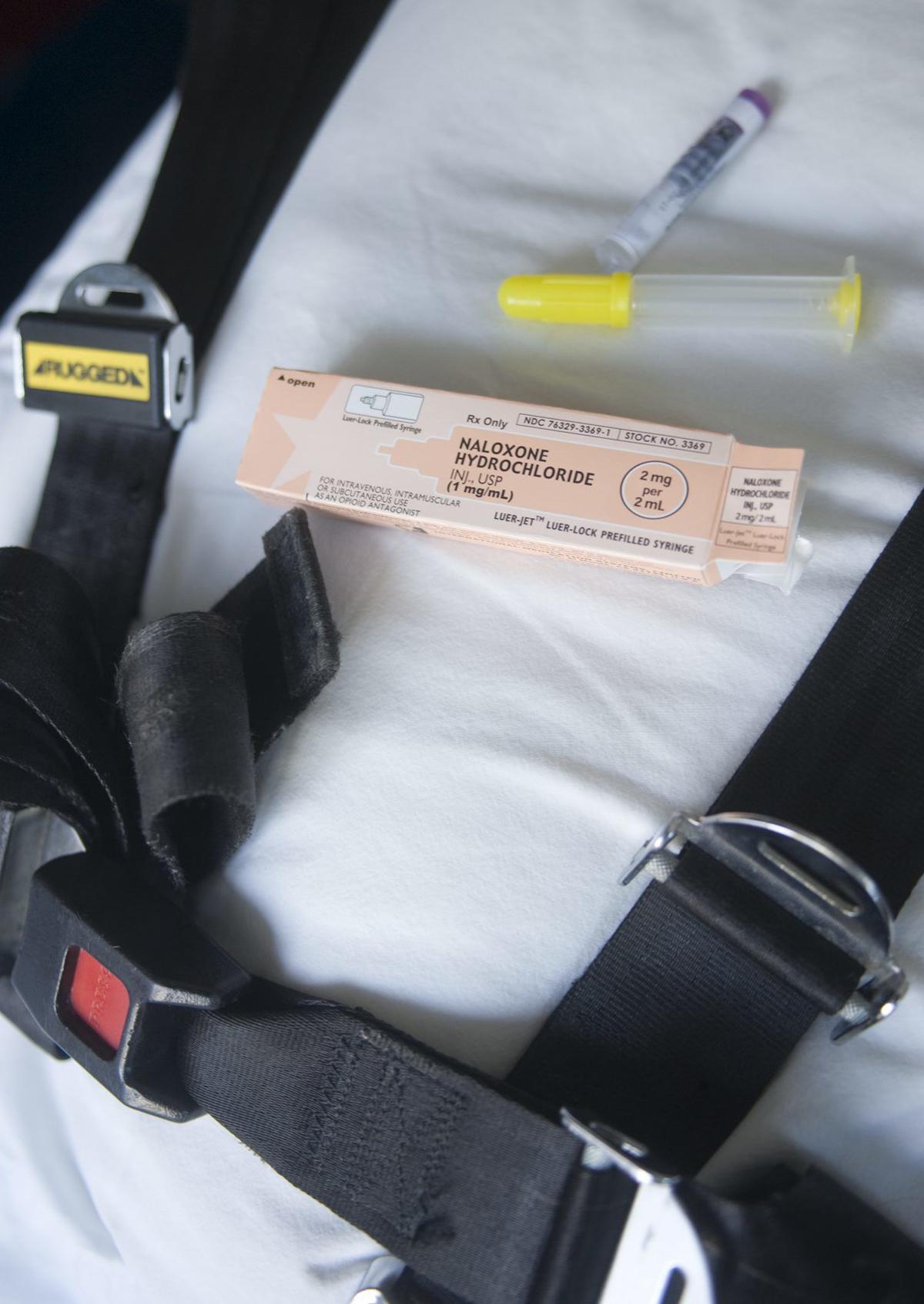 Narcan, also called naloxone hydrochloride, has been used by medical personnel for years to counteract the effects of opiates such as heroin. 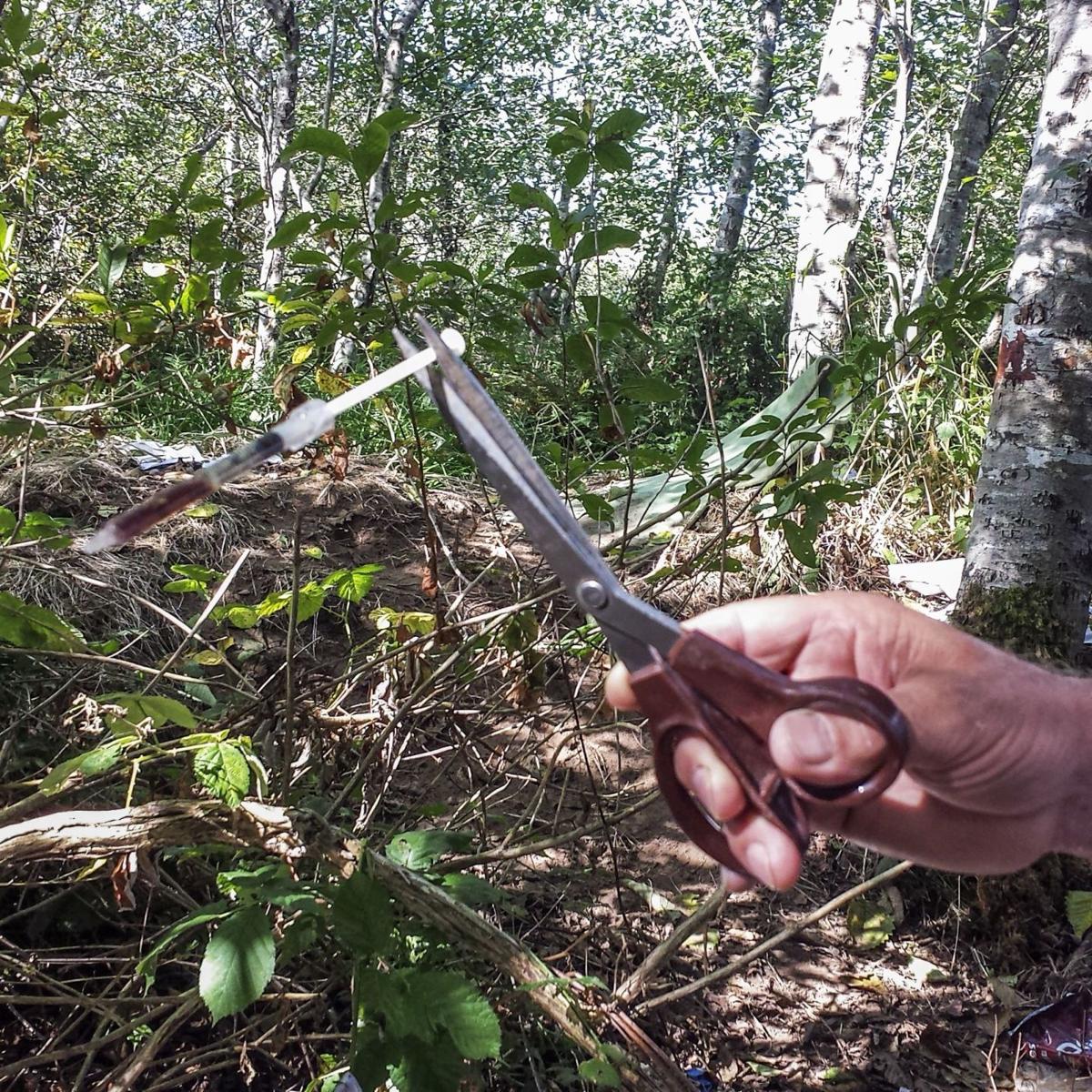 A hypodermic needle in a camp near the Skipanon River Trail found in September 2014. 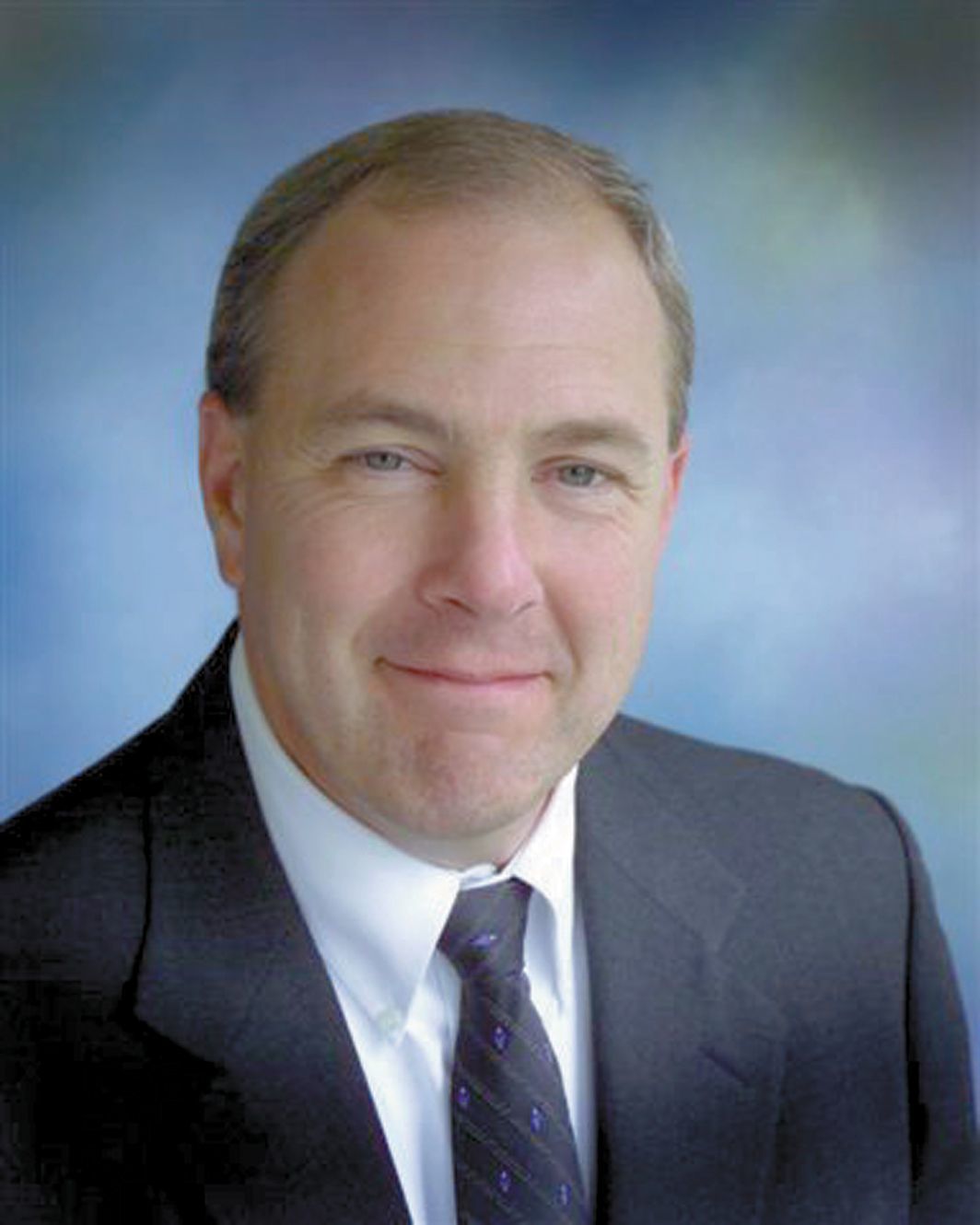 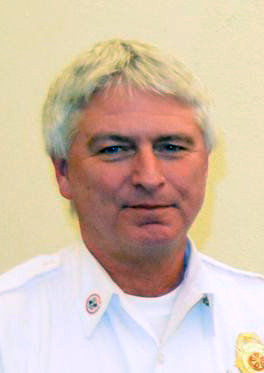 The evidence of the drugs is displayed after a February 2014 bust at a residence on Alameda Avenue in Astoria.

Narcan, also called naloxone hydrochloride, has been used by medical personnel for years to counteract the effects of opiates such as heroin.

A hypodermic needle in a camp near the Skipanon River Trail found in September 2014.

In August, a 35-year-old pregnant woman was found unconscious at the Rivershore Motel after a heroin overdose. The drugs she took not only killed her, but also her unborn child.

In October, a 24-year-old man was found dead in a house on Cedar Street. At his feet was a drug kit for using heroin. Fresh needle marks were on his arm.

Police say the tragic deaths show how a heroin epidemic across the nation, fueled by cheaper prices, greater availability, diminished stigma and the related abuse of prescription painkillers, has reached smaller cities like Astoria.

Heroin use has more than doubled nationally among young adults over the past decade, the Centers for Disease Control and Prevention has reported, and nearly half of all heroin abusers — 45 percent — are also addicted to opioid pain relievers like hydrocodone, oxycodone and morphine. The CDC has said that the rate of heroin-related overdoses nearly quadrupled between 2002 and 2013.

The U.S. Drug Enforcement Agency, in the annual national drug threat assessment released this month, ranked heroin and prescription drugs as the most significant drug threats to the United States.

“We are a microcosm. We see everything the metro areas see, just on a smaller scale,” Astoria Police Deputy Chief Eric Halverson said. “There are things happening here that people are not aware of.”

Heroin has surpassed methamphetamine and other drugs as the largest threat to Clatsop County, according to Sheriff Tom Bergin. Drug trends are cyclical, Bergin said, but in recent months the majority of cases relate to heroin.

“I think heroin has reached a new high as far as usage goes,” he said.

The current threat is mostly due to a rise in availability and an increase in new and younger users. Young people are experimenting with heroin the same way past generations experimented with alcohol or marijuana. Heroin is being packaged in tar and powder form, taking the stigma away from using a needle to inject the drug.

With more marijuana being produced legally in the United States, law enforcement officials say, drug cartels are upping their production of illegal drugs, including heroin.

Most heroin in the United States is imported from Mexico. The drug is usually transported to Oregon from California along Interstate 5 or U.S. Highway 101.

A report from the Oregon High-Intensity Drug Trafficking Areas program found more than half of the officers surveyed said heroin availability rose in their areas last year, primarily in counties bordering I-5 and in the coastal communities along Highway 101.

“Historically, a problem largely confined to Portland, Oregon, heroin use has spread to smaller cities and rural areas in the HIDTA region,” the report states.

A major reason behind the surge of heroin is the prevalence of prescription drug abuse.

Bergin said the flood of prescription pills on society has led to addiction. Once people start illegally abusing prescription drugs, their dealers often transition them to the cheaper option of heroin.

In some cases, a person will have a legitimate injury and be placed on opiates for pain management and then over time transition to heroin. The CDC has reported that some of the greatest increases in heroin use have occurred among women and people with private insurance and higher incomes, demographic groups that have not historically abused the drug.

“The availability is out there and they can only afford the pills for so long,” Bergin said.

As for solutions to the heroin epidemic, Bergin relates the drug problem to weeds in a yard.

Bergin wants all Clatsop County communities to be drug-free, just like people want their yards to be weed-free.

Law enforcement agencies work to keep up on the drug problem by focusing on a mixture of enforcement and treatment. A total of 150 people have been convicted of possessing heroin in Clatsop County since 2010, according to figures from the District Attorney’s Office.

Many of those convicted are eligible for drug court, which Bergin said has become a successful deterrent to keep people from relapsing.

Heroin is especially dangerous because it is so addictive. Someone can use the drug one time and be hooked. Unlike prescription pills that come in measured amounts, a dose of heroin may not be exact or could be mixed with other substances. The variability leads to overdoses.

“Not all drugs are deadly, but this definitely has the ability to end someone’s life,” Halverson said.

Heroin overdose deaths have ranged from about one to three a year in Clatsop County over the past decade, according to the Oregon State Medical Examiner’s Office. Officials say the number of deaths and convictions from heroin may actually be higher than reported since the drug may be a factor in other cases.

The Astoria Fire Department has responded to many calls involving heroin over the past few years.

In 2014, the fire department responded to seven calls specifically referencing heroin. Three of those were overdoses and four were withdrawals.

This year to date, the fire department has had six heroin-related calls. Three were for overdoses and three were for withdrawals.

Astoria Fire Chief Ted Ames said first responders have been able to prevent heroin deaths by using the anti-overdose drug, naloxone, which can counter the effects of opiates. Oregon law changed in 2013 to allow wider access to naloxone.

Ames said his department and others around Clatsop County have used naloxone well before it was made more widely available. The drug can be administered through a nasal mist, injection in a muscle or through an IV. Although it saves lives, naloxone can cause serious side effects, including seizures.

“Sometimes people come out of it really upset,” Ames said. “It’s not without consequences.”

Unfortunately, not everyone can be saved.

The overdose deaths of the pregnant woman and the young man, who was a participant in the Clatsop County drug court, hit law enforcement and the community hard.