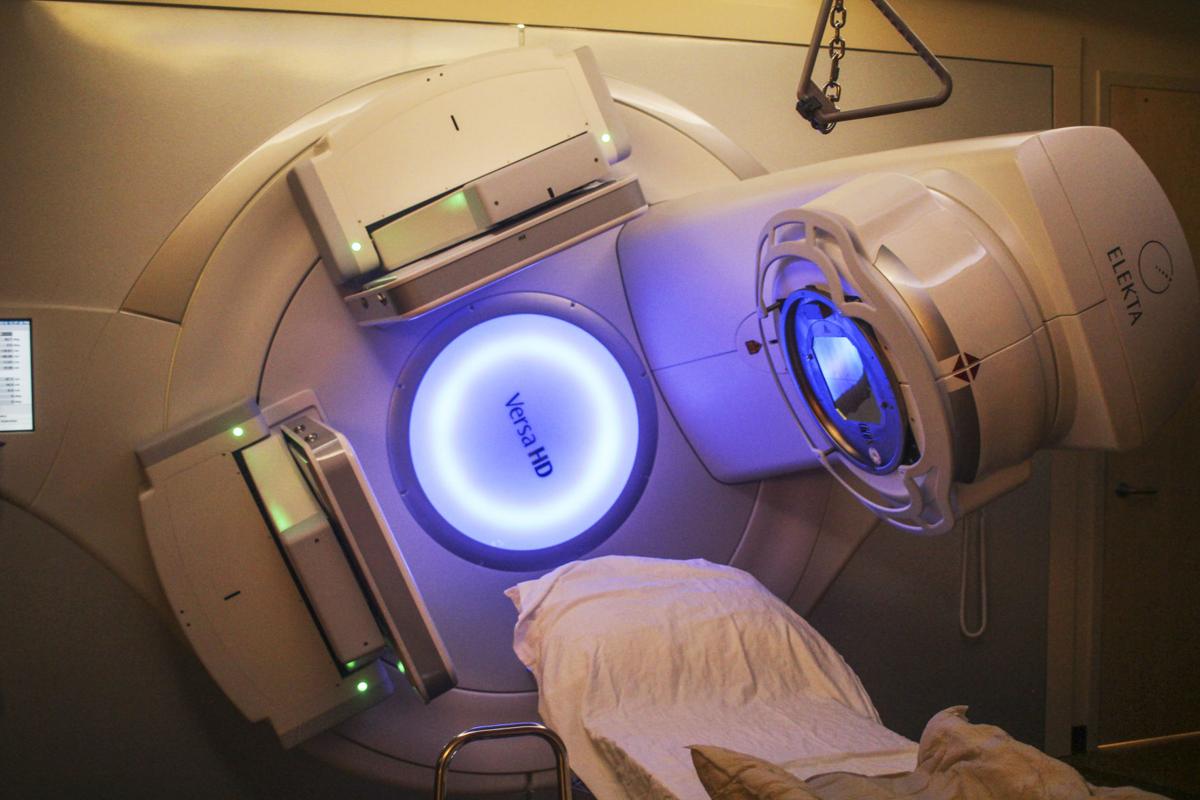 An oncology team at the Knight Cancer Collaborative uses highly concentrated beams of radiation in the the Versa HD linear particle accelerator to destroy the cellular structure of cancerous growths in patients. 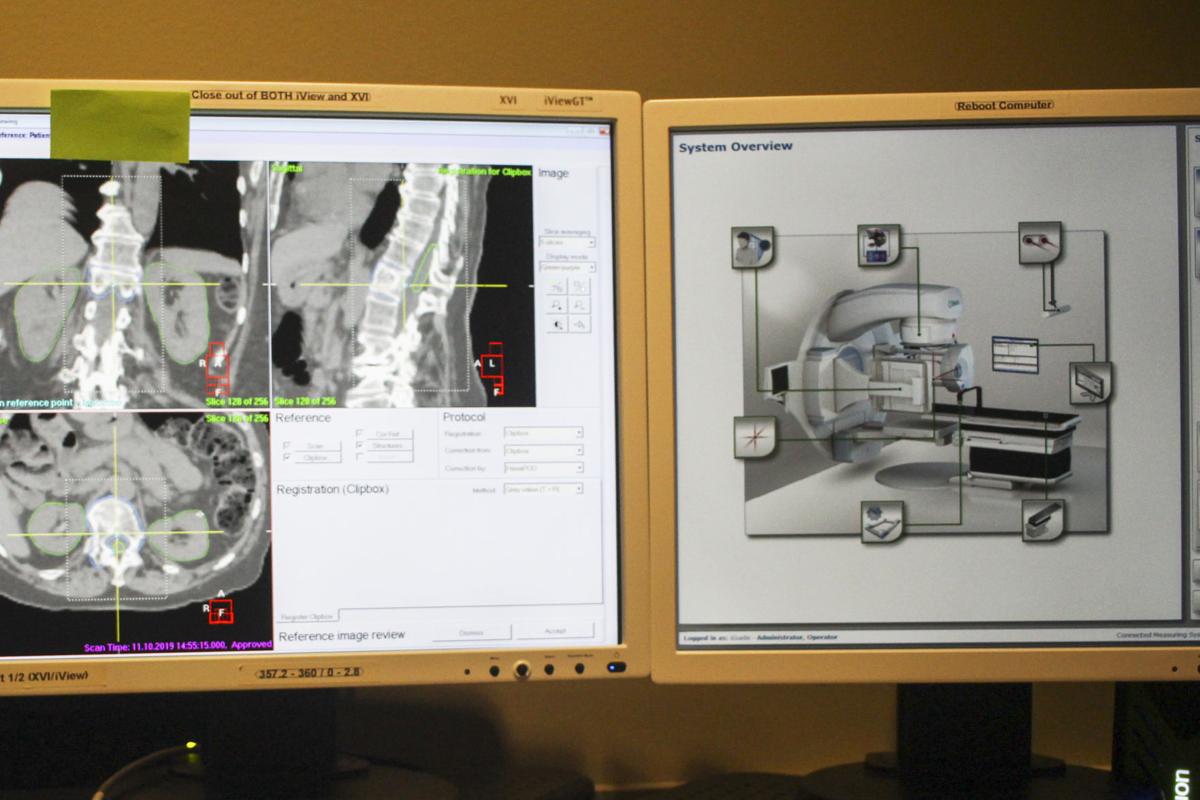 A bank of computers outside the radiation therapy chamber allows the oncology team to monitor a patient's treatment in real time.

An oncology team at the Knight Cancer Collaborative uses highly concentrated beams of radiation in the the Versa HD linear particle accelerator to destroy the cellular structure of cancerous growths in patients.

A bank of computers outside the radiation therapy chamber allows the oncology team to monitor a patient's treatment in real time.

A patient came in last month to the Knight Cancer Collaborative, a partnership between Columbia Memorial Hospital and Oregon Health & Science University, with a tumor growing around their spinal cord and in between the kidneys.

Traditional surgery was too risky. Instead, an oncology team created a 3D image of the patient and delivered highly powerful radiation beams within 2 millimeters of accuracy over three days to destroy the tumor’s cellular structure while avoiding damage to the spine and kidneys.

It was the cancer center’s first use of stereotactic body radiation therapy, a newer procedure for rural hospitals.

The therapy uses 3D imaging to more accurately target beams of radiation from the cancer center’s linear particle accelerator. It is commonly used to treat cancers of the liver, lung, abdomen, lymph nodes and spine.

“We can treat a much smaller area of normal tissue and give a high dose,” said Sahar Rosenbaum, medical director at the cancer center.

The center has performed three stereotactic body radiation therapies since beginning the treatments last month, Rosenbaum said. The first patient was treated for a spinal tumor, the second for a recurrent lung cancer and the third for their pelvis.

An oncology team including a physician, a medical physicist, a dosimetrist and radiation therapists agree on a treatment plan. The dosimetrist targets the most lethal levels of radiation over the tumor and toward areas it is clinically proven to likely spread.

“We basically bend the radiation around the contours of the spinal area,” he said. “We were able to carve out where the spinal cord is and also miss both kidneys.”

Subsequent imaging over the patient’s three treatments showed whether the radiation beams were stopping the growth of the tumor while avoiding damage to the spine and kidneys, Hartvigson said.

“As long as things are stable or starting to shrink, that’s how we know we’ve been successful,” he said. “Ultimately, as long as we’ve been able to prevent her from having a spinal cord compression, we’re going to call that a success.”

“It’s almost like using radiation as a scalpel,” Rosenbaum said.

Stereotactic therapy is more labor intensive and requires physicians to be on site, Rosenbaum said, but the demand for local radiation and chemotherapy has been clear.

“When we started this, we were assuming we were going to treat five patients a day,” she said. “And we have been up to 22 patients a day at this clinic. It’s just exceeded everybody’s expectations.”