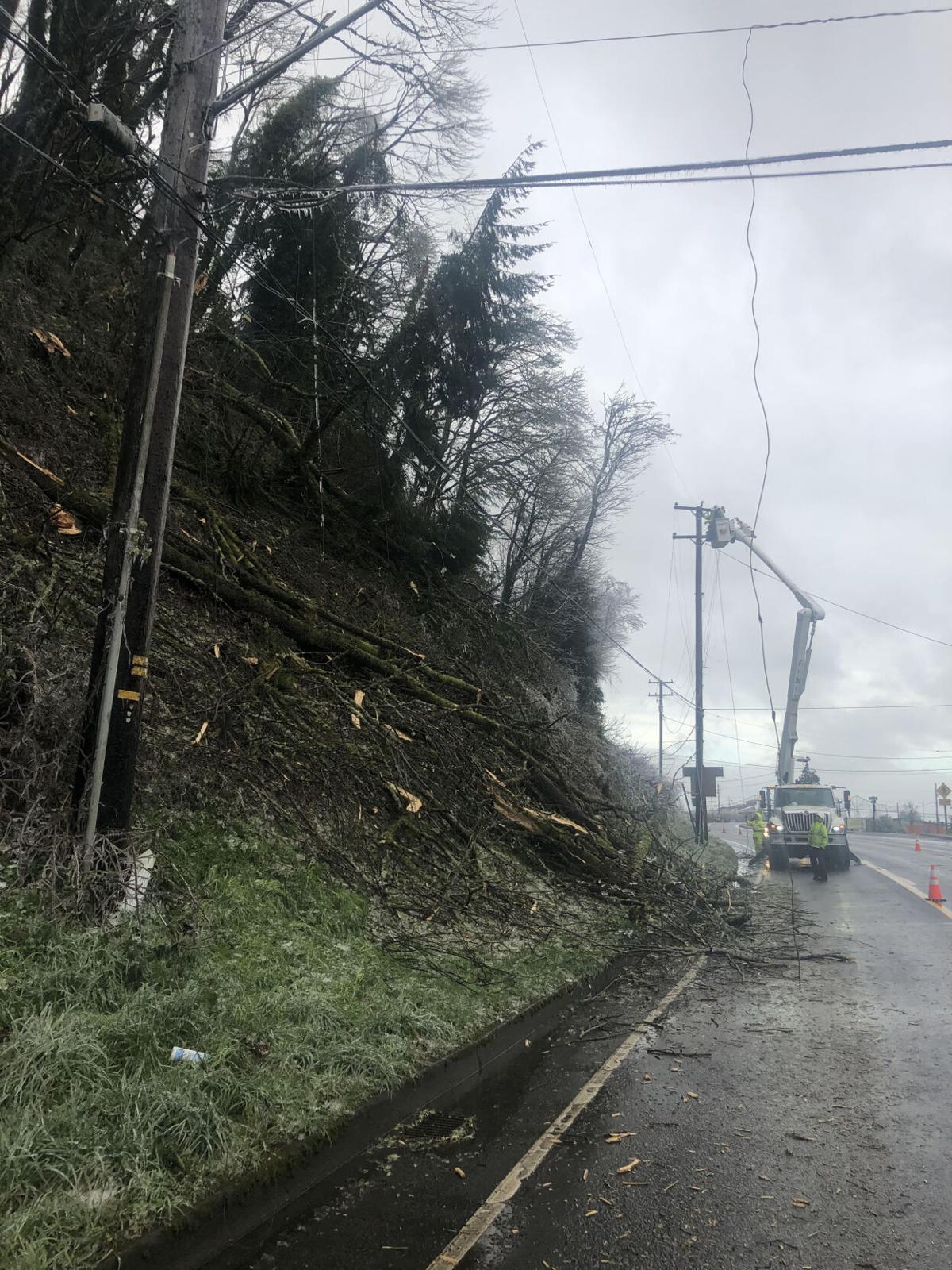 Crews worked to restore power after trees and power lines were toppled. 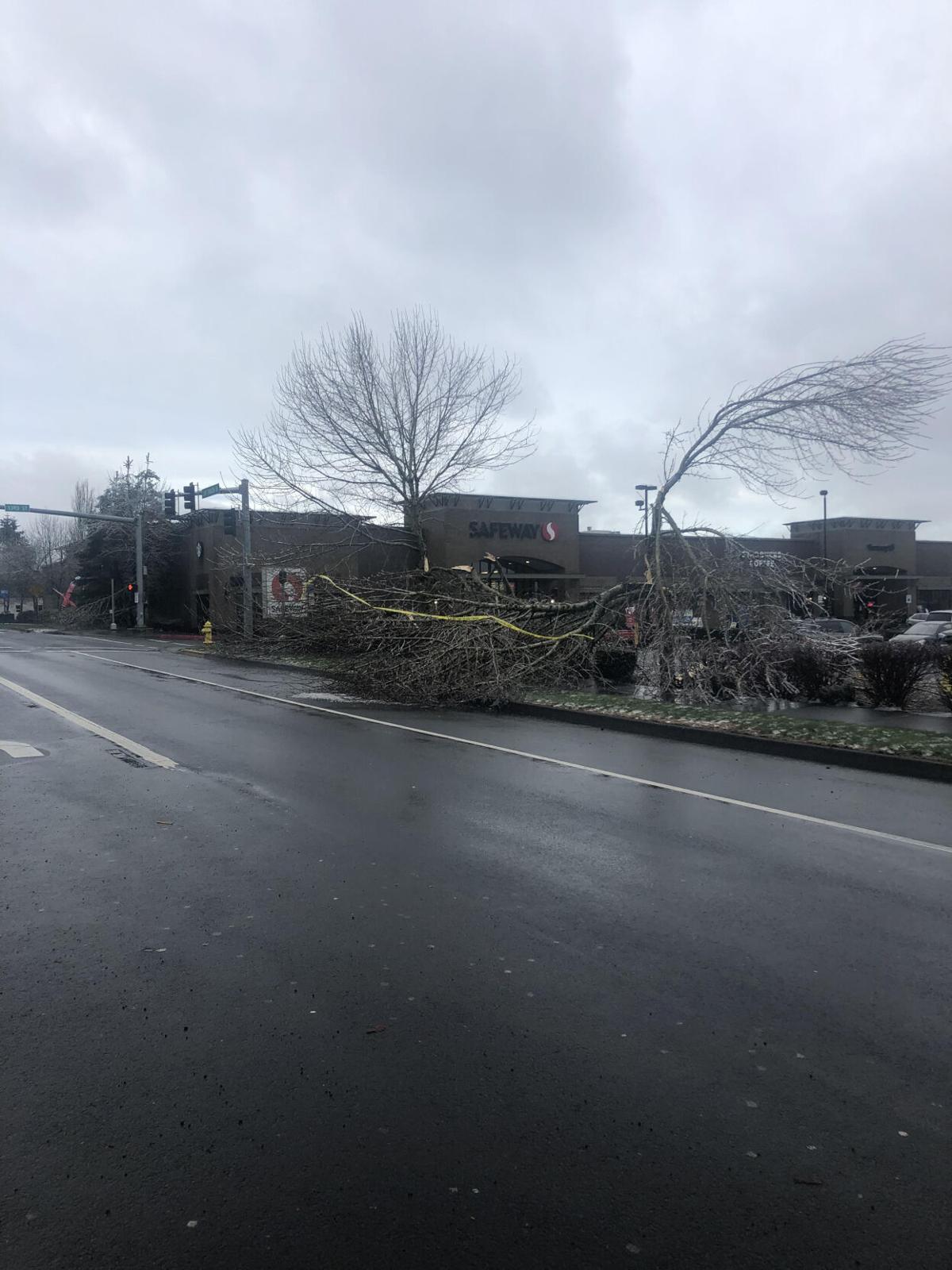 A downed tree near Safeway in Astoria. 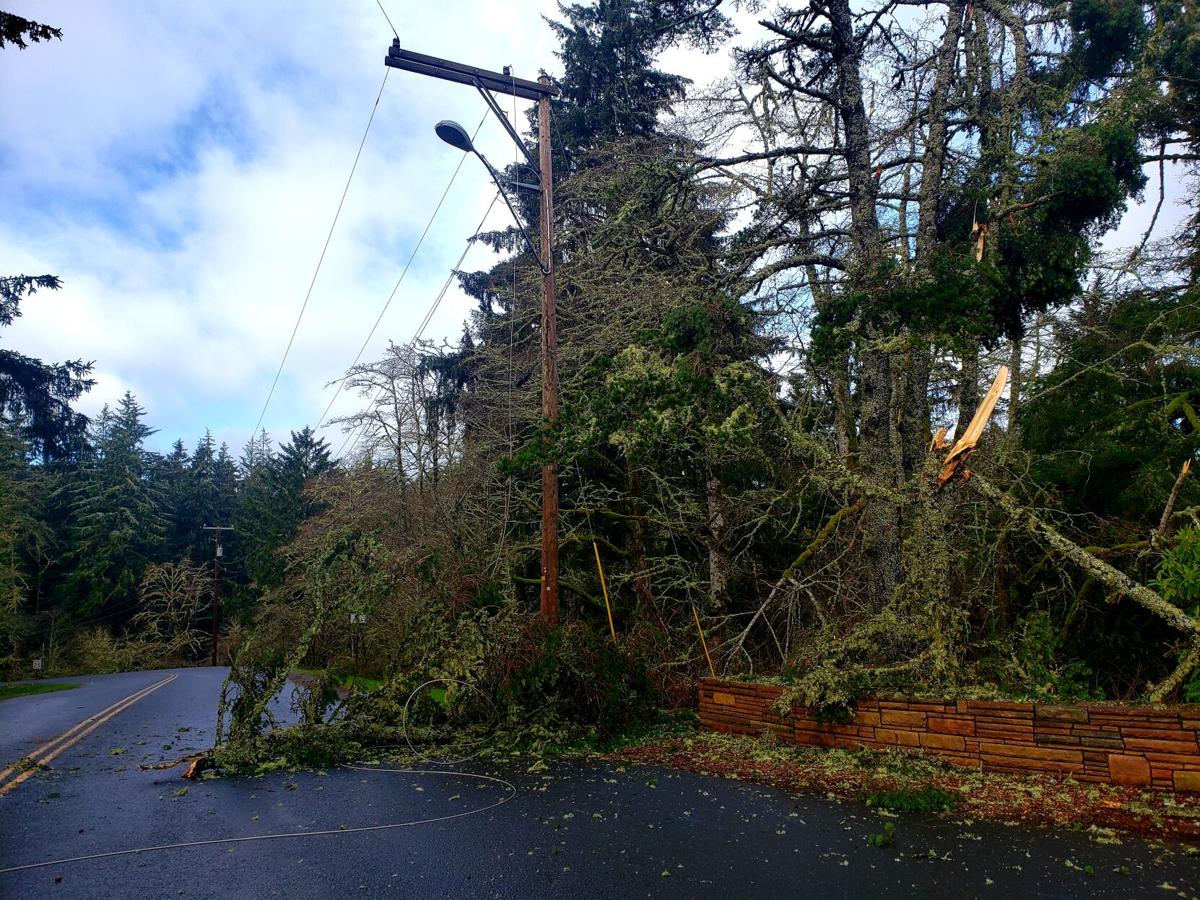 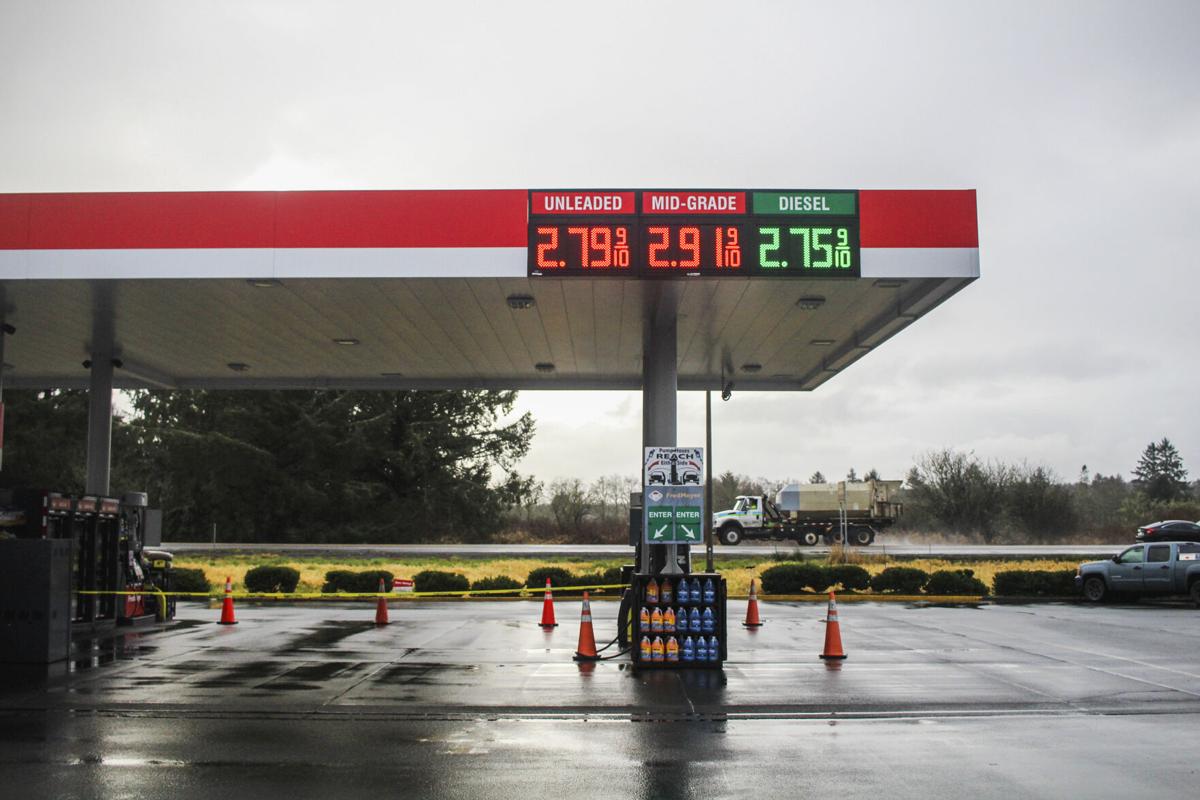 Hazardous conditions on highways left major fuel centers at the North Coast, such as Fred Meyer in Warrenton and Safeway in Astoria, temporarily out of gas. 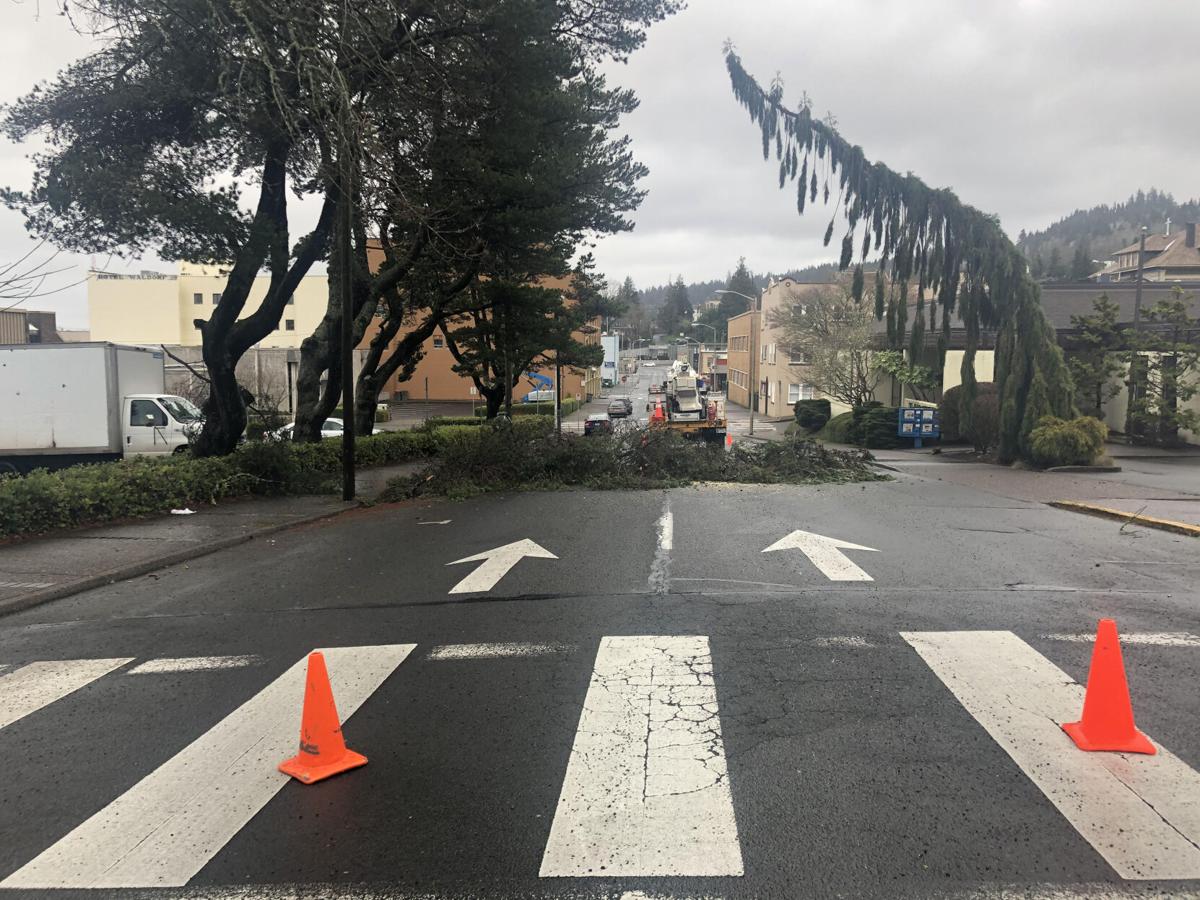 Exchange Street was temporarily closed at Ninth Street in Astoria after a downed tree.

Thousands of people on the North Coast were without power on Saturday after icy conditions overnight toppled trees and power lines.

The Astoria Bridge was temporarily closed on Saturday morning because of large chunks of falling ice. Several other highways and roads were blocked by debris.

“Our crews are out in the field assessing damage and restoring power as quickly and as safely as possible,” Allen Berreth, Pacific Power’s vice president of operations, said in a statement. “We appreciate the patience that customers have shown during this outage and we want to remind everyone to stay clear of any down lines you may see.

“Doing repair work in these conditions is very challenging. Many roads are blocked and lines are still being brought down by ice and snow snapping tree branches. We are often restoring one set of customers only to have another nearby neighborhood go down.”

Debris and downed trees were reported on U.S. Highway 30 and blocked state Highway 202 about 2 miles south of Olney.

Multiple downed trees and falling branches were also reported in Hammond. Ridge Road near KOA in Warrenton was blocked due to downed power lines tangled in fallen branches.

Astoria 911 Dispatch asked that people be patient and only dial 911 for emergencies. The nonemergency dispatch line is 503-325-4411. A 911 outage was reported in Knappa.

On Saturday morning, the winter weather advisory for the North Coast was canceled because of warmer temperatures.

*Video: Watch a video posted by Workers Tavern in Uniontown of ice falling from the Astoria Bridge at bit.ly/3dacxy5

Nicole Bales and Edward Stratton contributed to this report.