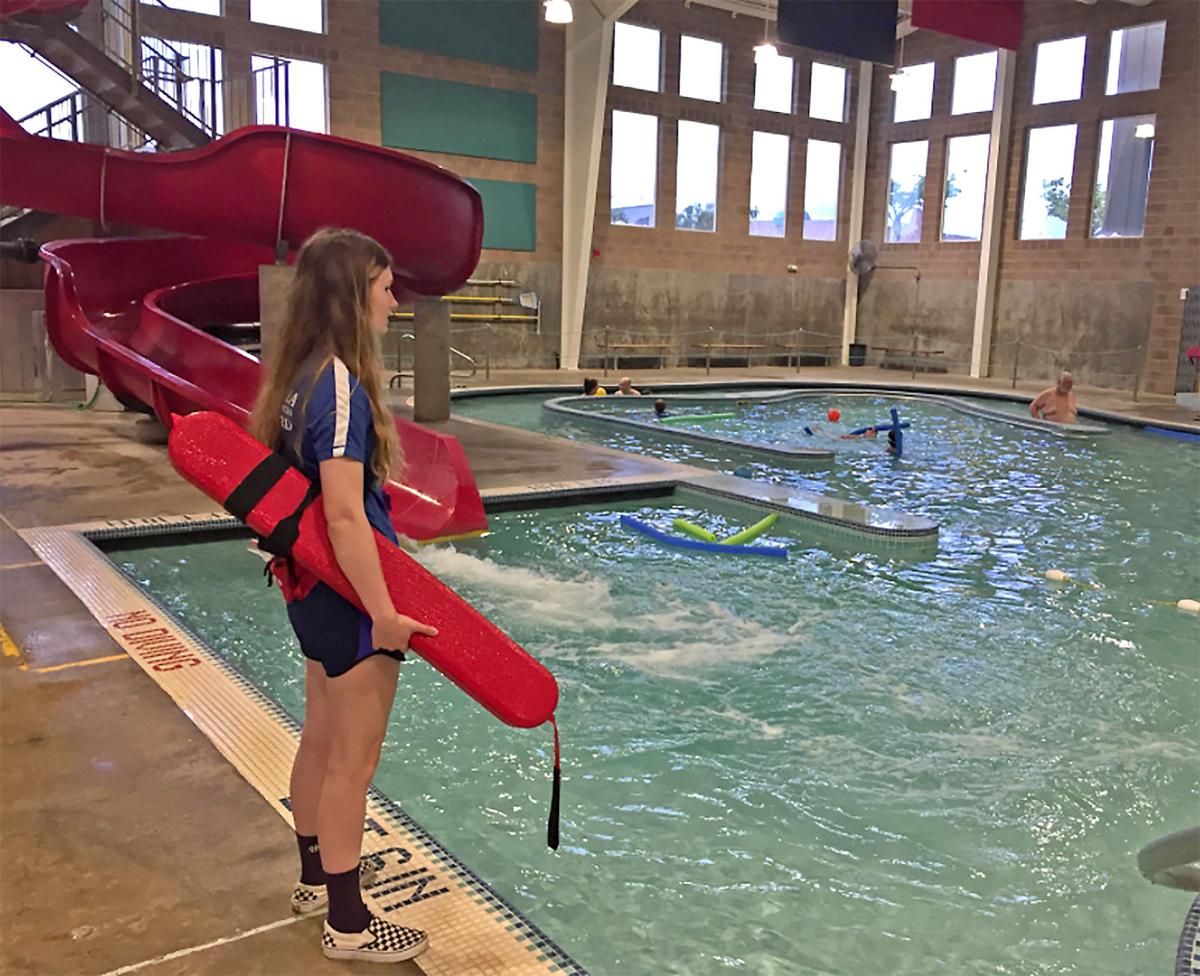 Hannah McCarley watches the water during a lifeguard shift at the Astoria Aquatic Center. 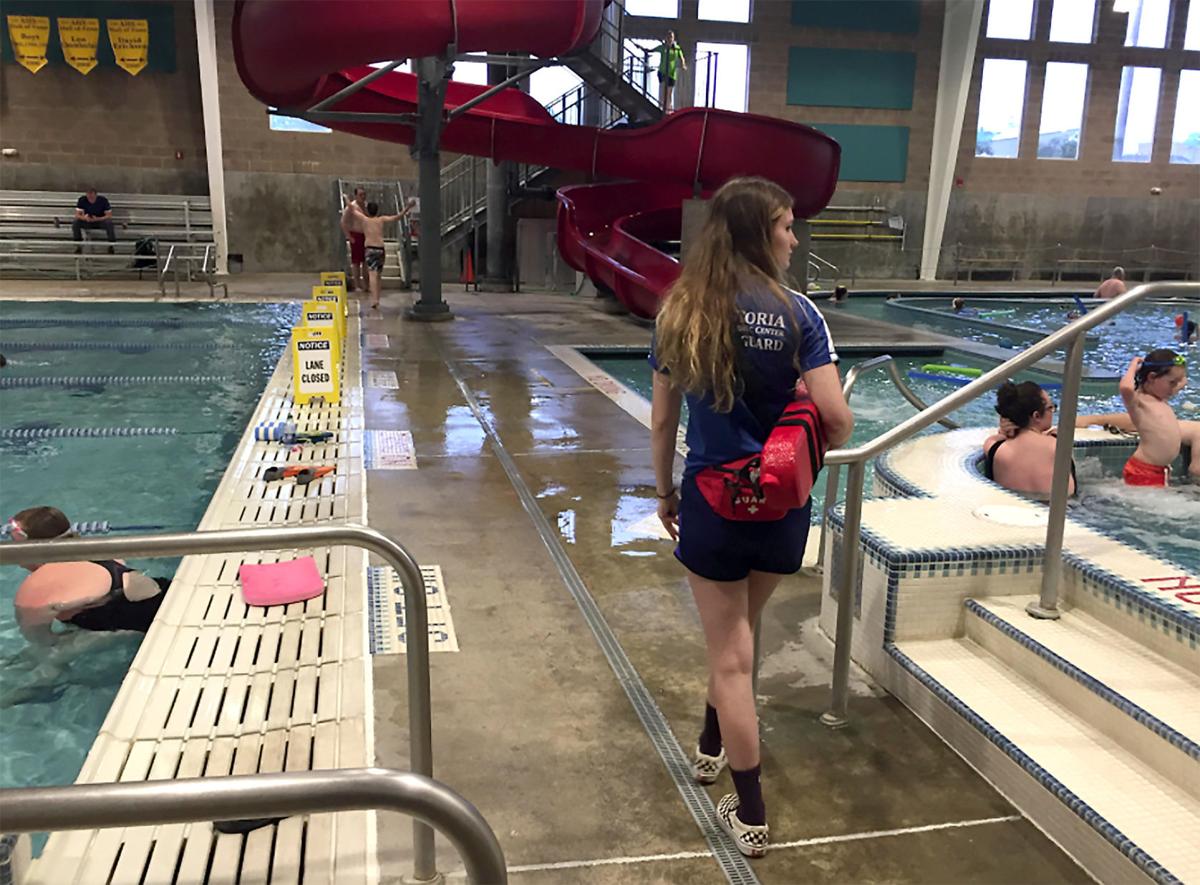 Hannah McCarley is one of many teens employed by the Astoria Parks and Recreation Department. 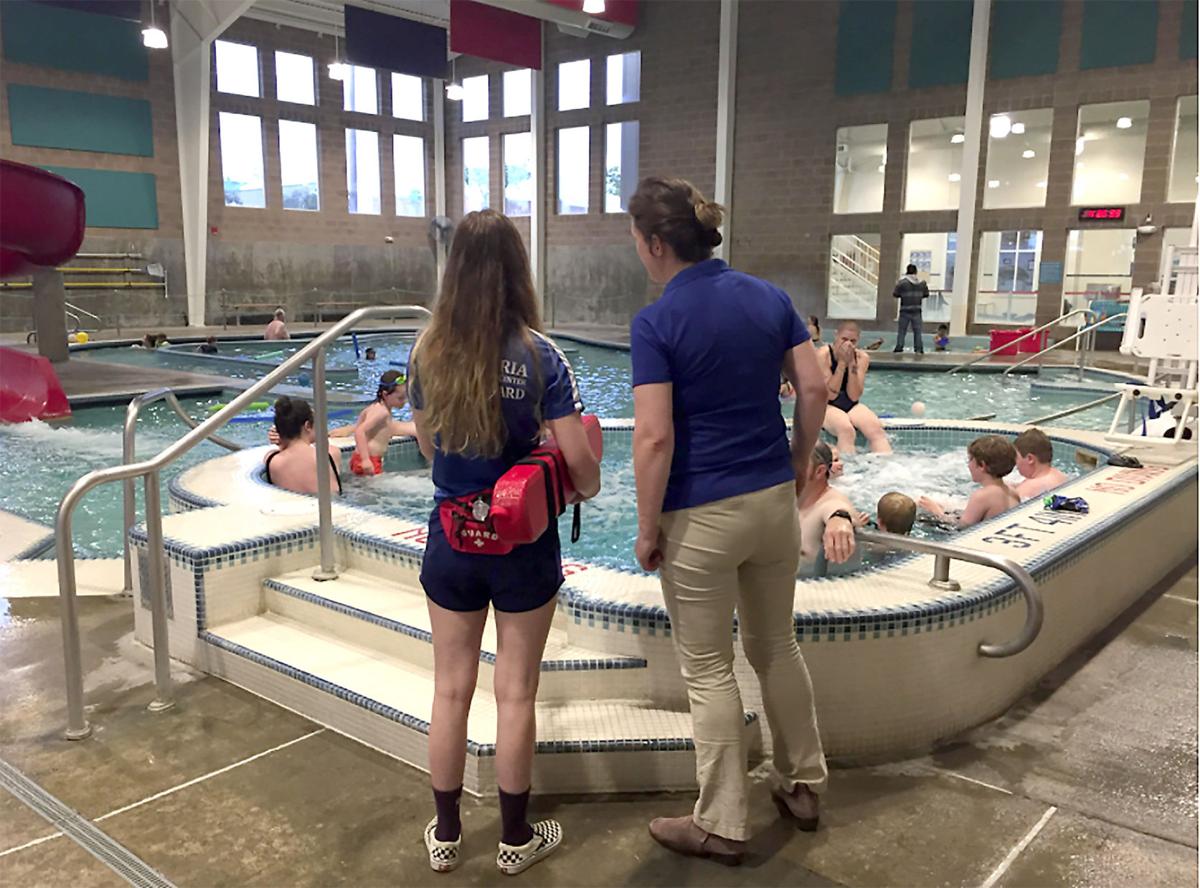 Hannah McCarley watches the water during a lifeguard shift at the Astoria Aquatic Center.

Hannah McCarley is one of many teens employed by the Astoria Parks and Recreation Department.

The Astoria Parks and Recreation Department hopes more detailed job descriptions and an array of wages and salaries for part-time and seasonal employees will encourage recruitment and help with retention.

The City Council approved the changes Monday. Each position — from a clerk to a lifeguard — now includes eight steps and a range in pay. An employee just starting out could advance up through the ranks in as quickly as six months.

The changes could impact one important group in the department’s part-time and seasonal workforce: Teens.

“They’re a substantial amount of our workforce,” Cosby said.

High schoolers fill numerous roles. They work as lifeguards at the Astoria Aquatic Center, maintain parkland and help run programs at the Recreation Center. They take positions that could be difficult to fill otherwise, said Terra Patterson, the Aquatic Center supervisor.

Under the changes approved Monday, a lifeguard could make $11.75 an hour starting out and work up to $13.50 an hour. Lead lifeguards have the opportunity to make even more.

It is important for the department to provide these first-time, entry-level jobs, Cosby said. But it is equally important to provide a path up, she added. The changes to the job descriptions and wages add incentives to stay on for someone who finds the work suits them — whether that person is a teenager or an adult.

The Aquatic Center has an average of at least 12 high schoolers on staff at any given time. While it can be a challenge to schedule shifts around school schedules and state restrictions, students are often the employees most interested in filling weekend shifts, Patterson said.

Brianna Bowker, recreation manager, has four high schoolers under her supervision, two of whom are recent high school graduates: Hailey Grant and Itsamar Benitez. Grant started out as a lifeguard, then transitioned to an after-school program and also works as a recreation leader. Benitez has been with the department for two years, starting as a summer camp counselor and now working with an after-school program and as a cashier for the Recreation Center and the Aquatic Center.

The jobs the department offers are often the teens’ first. The students tend to be open to learning and flexible in their role, Bowker said. They try out different positions, testing their interests, seeing what fits. Some of the high schoolers grew up as participants in the department’s programs before applying for work. Bowker herself started out in the recreation industry as a teen.

The lifeguard jobs in particular are not the first-time jobs for everyone, but they do seem to attract teens interested in pursuing careers in emergency services or the military, Cosby said. It gives them early experience in responding to life-threatening situations and administering first aid and CPR.

Hannah McCarley, 17, spent one weekday afternoon patrolling the pool, fielding questions and keeping a close eye on the water. The Astoria High School senior was one of 10 teenage employees who graduated from high school this month.

McCarley started as a lifeguard in 2015, thinking it would be a better part-time job than working at a fast-food restaurant.

Cole Beeson, 18, was just promoted to lead lifeguard and oversees other lifeguards who may be quite a bit older than him. It is rare for an 18-year-old to hold that position, but Patterson said Beeson possesses a natural kind of leadership.

When he is working, Beeson is well aware that he is responsible for people’s lives, he said. It was a thought that kept him up at night when he completed training and was scheduled to start patrolling the pool. For a while, he saw emergencies everywhere. Any time a kid disappeared underwater for even a few seconds, he would think, “Should I jump in?”

“Every time you’re guarding, you wonder, ‘Would my training kick in?’”

With seven saves and two injury responses under his belt, Beeson is confident in his abilities. He and McCarley say their vigilance has improved with time.

“You know what you need to jump in for and what you don’t,” Beeson said.