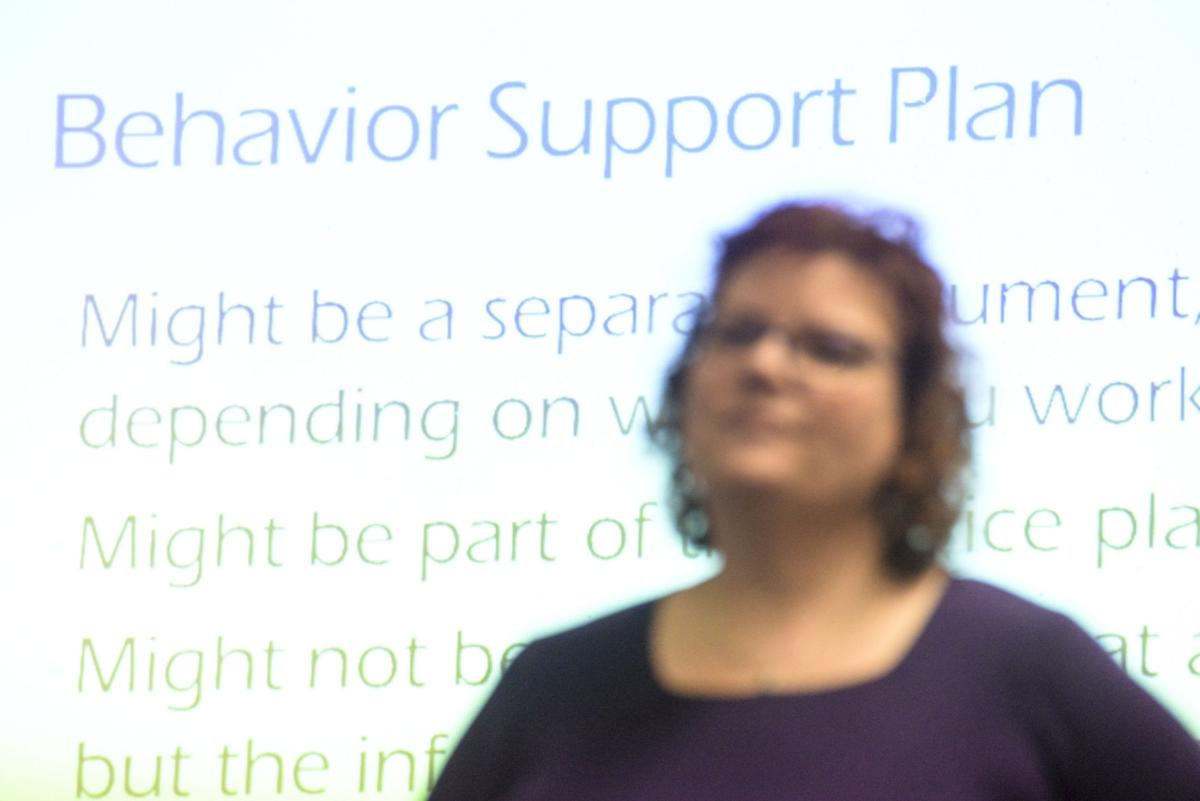 A slideshow in the background lays out a plan for caregivers to work with their patients. 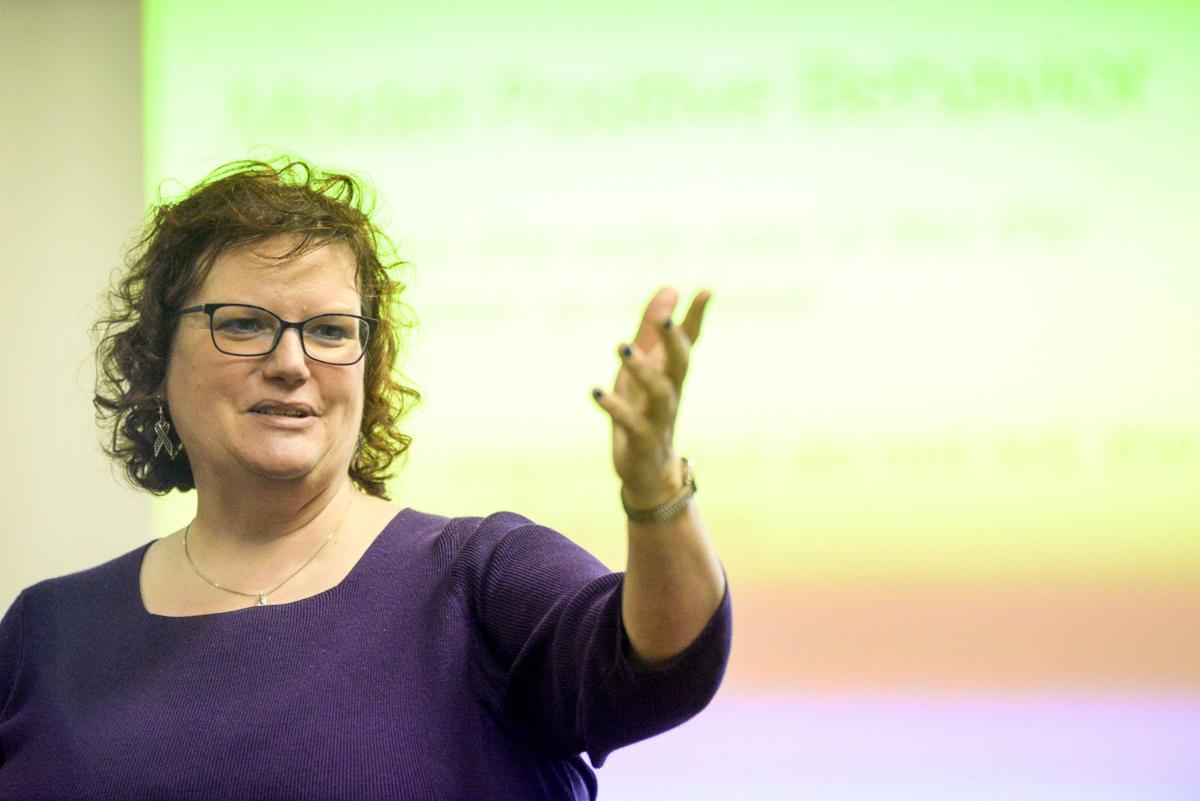 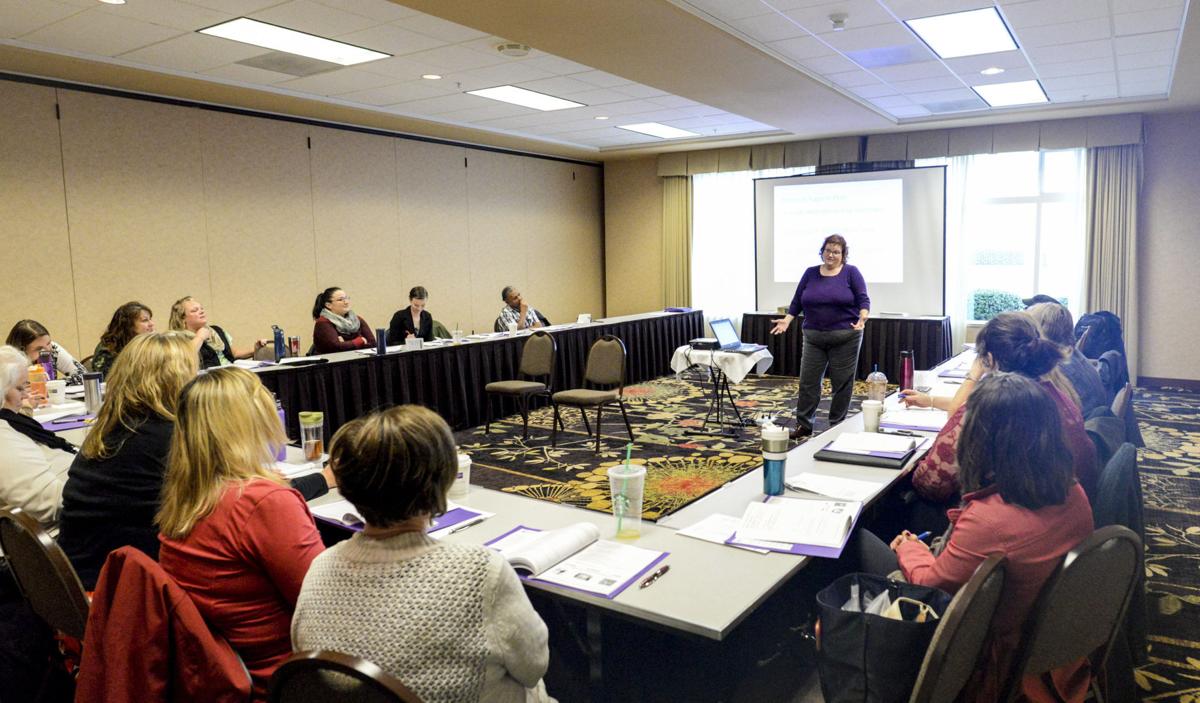 More than a dozen caregivers attended the free workshop put on by Oregon Care Partners. 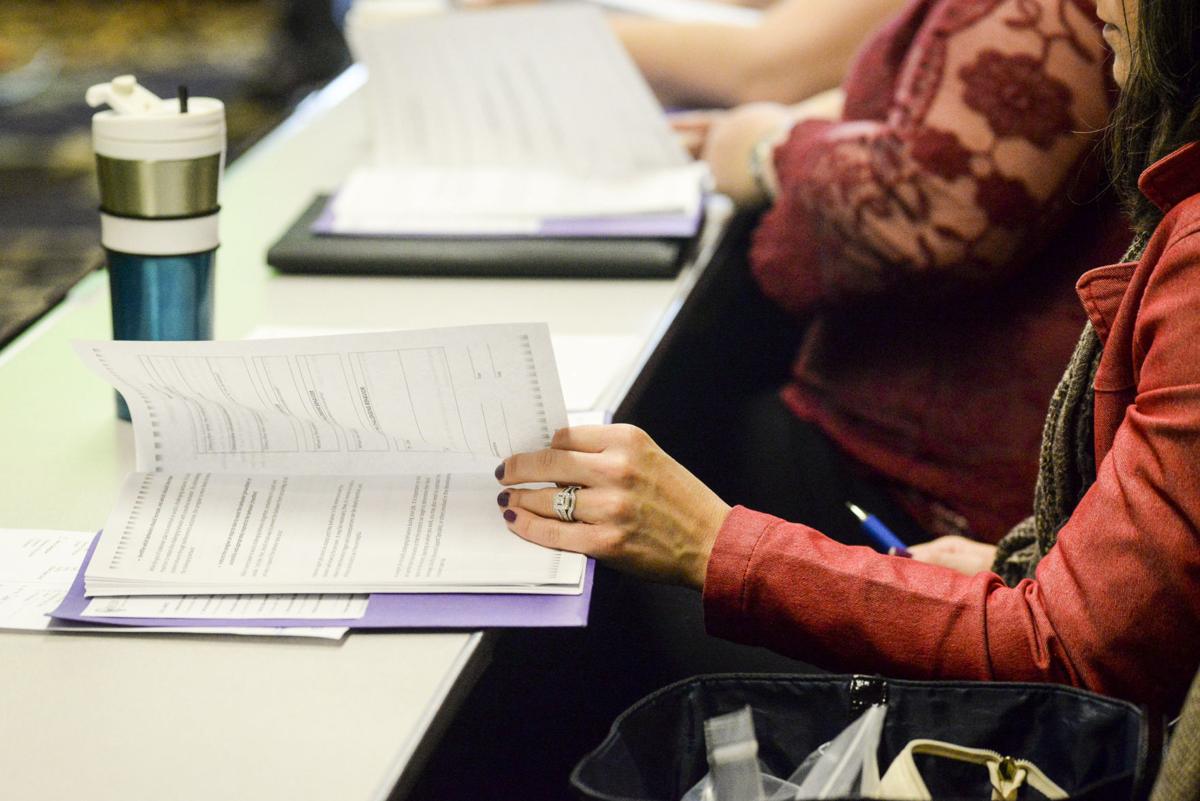 Caregivers flip through a work book during the free workshop.

A slideshow in the background lays out a plan for caregivers to work with their patients.

More than a dozen caregivers attended the free workshop put on by Oregon Care Partners.

Caregivers flip through a work book during the free workshop.

Beverly, a 42-year-old woman with a traumatic brain injury, lives in an assisted-living facility. She does not speak but communicates with gestures and noises. Her mother visits regularly and takes her out for dinner or shopping.

When Beverly returns, she usually screams through the night. She is not easily consoled and often strikes the caregiver. In the early morning, she falls asleep, exhausted.

So what is wrong with Beverly? What is the best way for the staff to respond to her behavior as described in this case study?

The class, designed for people taking care of folks with mental illness and developmental disabilities, laid out a game plan for confronting behaviors that can cause physical or emotional harm to the consumer or caregiver.

Beverly’s emotional outbursts are one of several types of challenging behaviors that caregivers deal with daily, along with yelling, cussing, threatening, withdrawing, physical aggression, sexual aggression and leaving home without telling anyone.

For people who have trouble expressing their needs in words, these behaviors are a way to make people listen. That’s why it’s important not to dismiss their behavior as merely “acting out.”

How should caregivers get to the bottom of Beverly’s behavior, which seems to be part of a pattern?

First off, don’t ignore it; ignoring the behavior may only escalate it.

The caregivers should acknowledge the feelings behind Beverly’s behavior. Beverly isn’t just throwing a tantrum for fun, she is distraught. “Most times, they have no control over why it’s coming out,” Edwards said.

Though it would be natural to grow angry with Beverly, it would accomplish nothing. Rather, the caregivers should try to model the calm, respectful behavior they want from her.

Now the caregivers get to play detective. Their case: determine the trigger that predictably sets Beverly off. This investigative work is more straightforward with individuals who can speak, but in Beverly’s case it may entail talking with her family or closely monitoring her behavior.

As it turned out, the trigger was her mother and the change in Beverly’s routine. Her mother was taking her out for far too long, overstimulating her and allowing the parent-child dynamic to fall into the same dysfunctional rut that convinced Beverly’s mother to place her in foster care in the first place.

With that information, the caregivers can work out a support plan with Beverly — for example, one in which she doesn’t spend so many hours with her mother away from the care facility.

Even if a person can’t communicate, “for their own well-being and self-worth, you need to involve them in the plan as much as you can,” Edwards said. “You do not want to solve the problem, you want to help them solve the problem.”

Lastly, the caregivers should evaluate the results and follow up with Beverly, her mother and the rest of the care team.

Triggers can be hard to pin down.

When someone withdraws socially, it could mean something untoward happened with another facility resident. Or it could be signs of illness. Or of embarrassment stemming from vision problems or hearing loss.

When someone acts restless or depressed, he or she could be reflecting on a personal loss. Or that person may be experiencing a side-effect of too much medication, too many different medications or the wrong medication.

“Every behavior has a reason,” Edwards said. “All of these things can bother us, so why wouldn’t they cause problems for somebody who can’t communicate in the same way that we do?”

But these triggers have greater impact on people who lack the language skills to assert themselves or control their environment, Edwards said.

Many challenging behaviors, though, can be traced back to four main triggers: the person needs to use the bathroom, is in pain, is hungry or is bored. For first-line interventions, caregivers should keep these in mind, especially because they, more so than the consumer, can change these conditions.

For the most part, she said, “we are the ones who can change, not the person with the mental illness, or the developmental issue, or dementia ... or somebody who’s just sick.”

It can be tempting to simply label these individuals “behavior problems.” But that attitude, apart from dehumanizing them, lets their caregivers off the hook.

“One of the things I dislike intensely is labeling people,” said Edwards, who reminded the class that not everyone who exhibits challenging behaviors suffers from a mental illness or disability. “Every single person in this room can have a challenging behavior when they’re in the right mood.”

The trick is to prevent the challenging behavior from arising in the first place. And a good place to start is by engaging them in hobbies and activities that give their lives purpose, that get them out of bed in the morning, like painting lessons or trips to a nearby animal shelter.

“You need to help them find a way to connect back with the community,” Edwards said. “Even if it’s just one-on-one.”