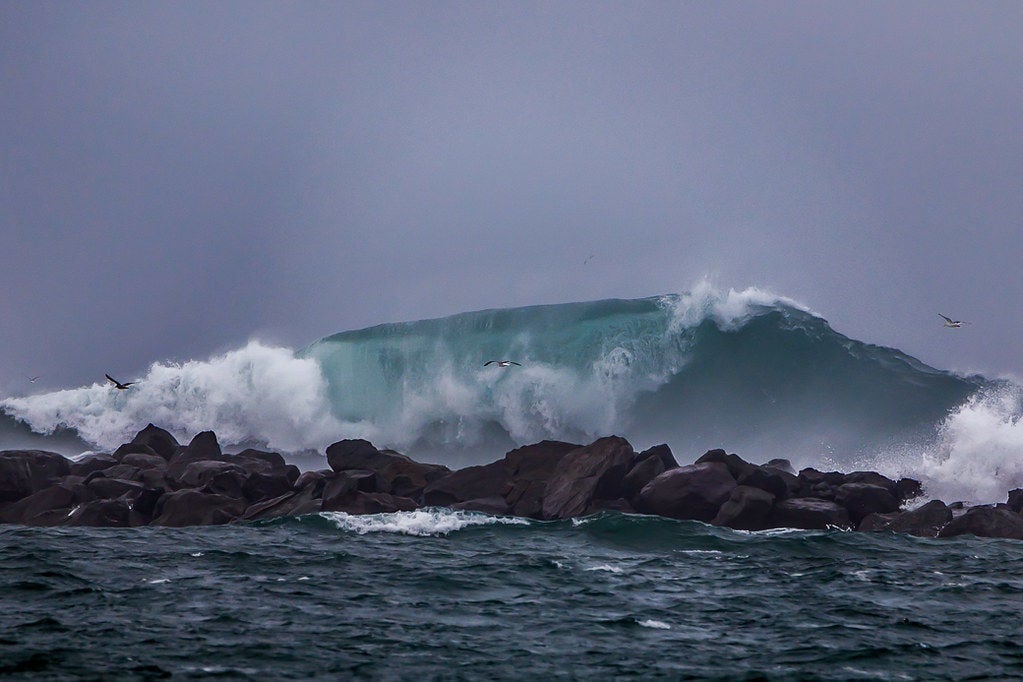 Waves crash in Yaquina Bay during the king tides in December 2018. Researchers say these tides hint at what could become a new normal along the Oregon Coast as sea levels rise due to climate change. 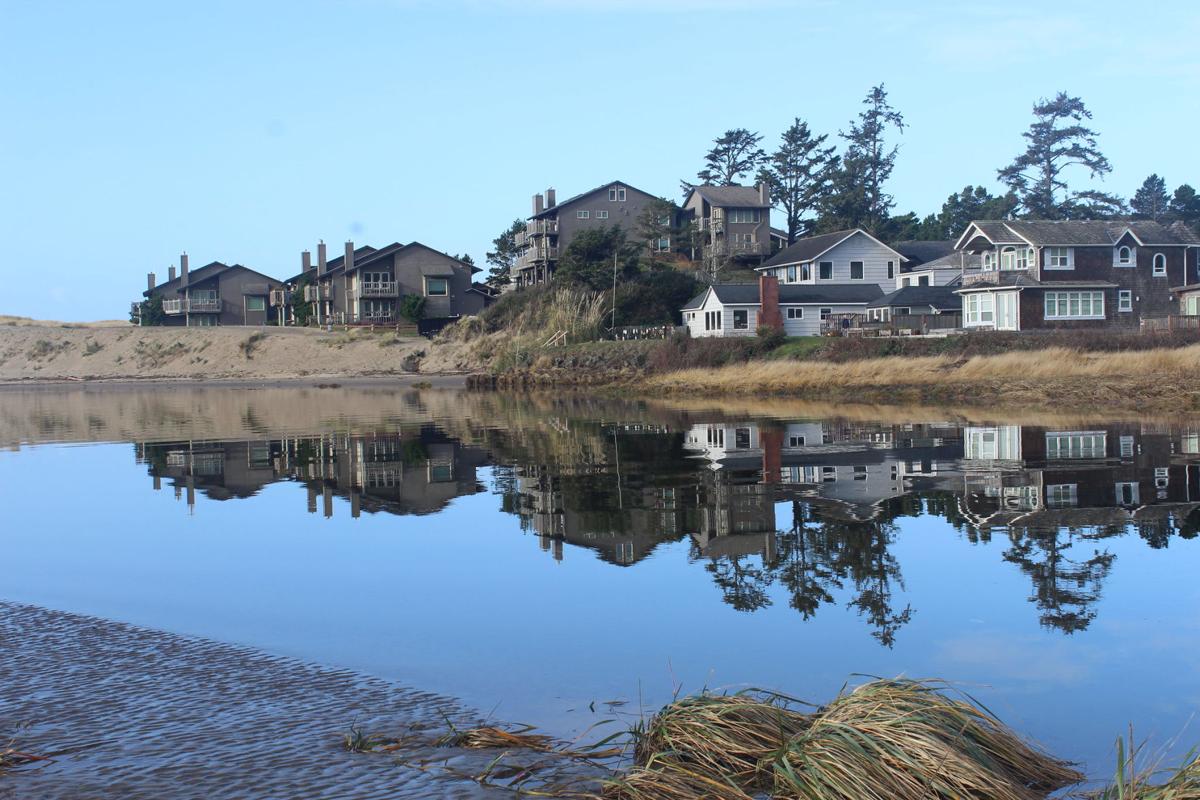 King tides push water levels up along Ecola Creek in 2018. 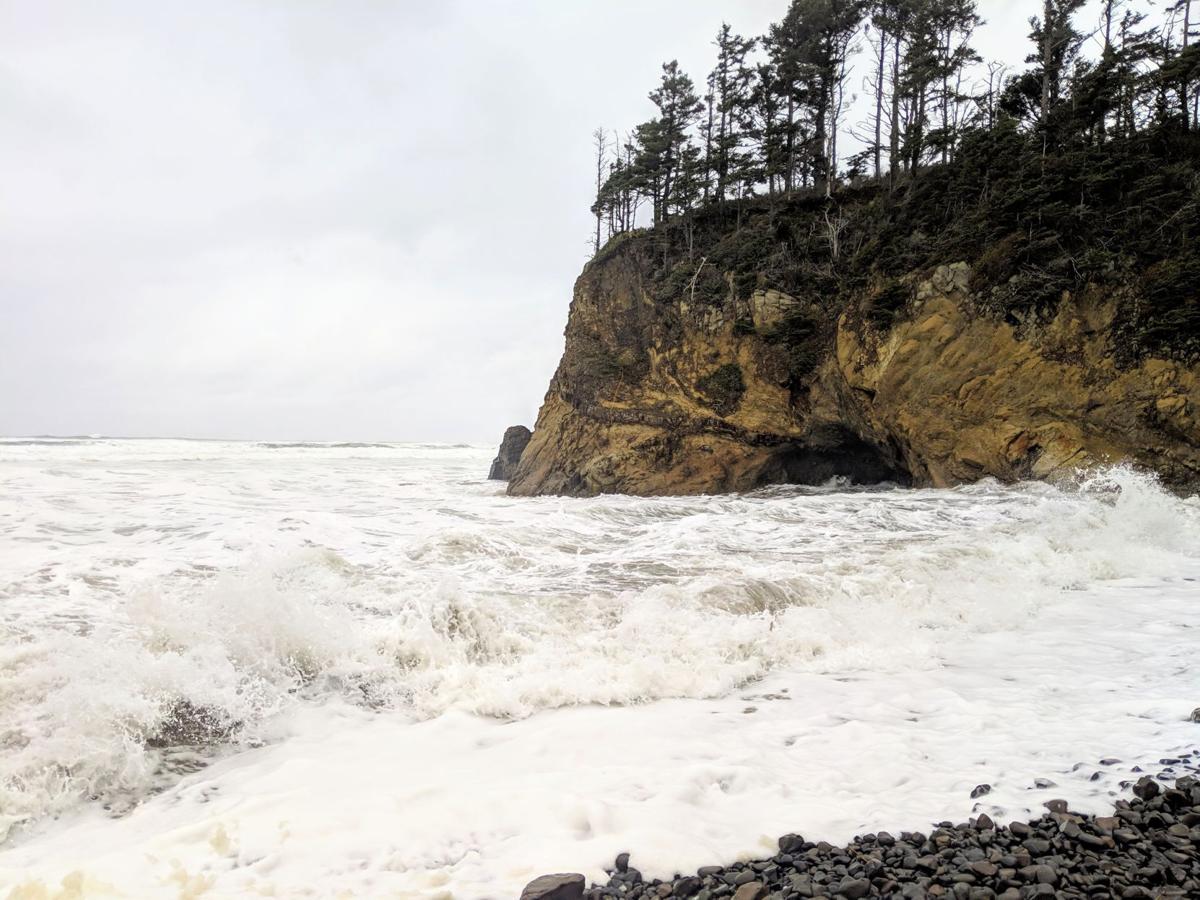 Waves flood the beach at Hug Point during the king tides in December 2018.

King tides will once again hit the Oregon Coast this weekend, giving residents a taste of what life could be like in the near future.

Researchers say the tides are a preview of the rising sea levels caused by climate change that, under current projections, could eventually submerge much of the coast.

Armed with cameras and cellphones, citizen scientists in Oregon have documented these tides each winter for nearly a decade as part of the Oregon King Tides Project coordinated by the Oregon Coastal Management Program and Oregon Shores Conservation Coalition.

They’ve snapped shots of water and waves rushing up against houses or sloshing across highways. Photos taken from the air above the Nehalem River show just how much estuary shoreline the water is capable of gobbling up.

One main purpose of the project is to turn people’s attention to the water.

Phillip Johnson, the executive director of the conservation coalition, thinks of the aerial view of the Coquille River Valley, a productive area south of Coos Bay, during king tides.

Farmhouses were surrounded by water and water was nearly a foot from a levee that protects the town of Coquille. “It looked like an inland sea,” he said.

“You look at that and you think this maybe happens once, twice a winter,” he said. “We get flooding this bad and we’re used to it. But then you think, what if this were a daily high tide? How would life go on?”

King tides occur when the Earth, moon and sun are all perfectly positioned to have a particularly strong effect on tides. The highest tide during a king tide can be very, very high, especially if a winter storm gives it an extra boost.

“It’s kind of a glimpse at the future,” said Ed Joyce, a board member for the conservation coalition.

Joyce, who teaches geology at Clatsop Community College, oversees marine debris surveys at a site near the South Jetty in Fort Stevens State Park and has photographed the king tides there for the past few winters. It dovetails nicely with work he has been doing in a collaboration between the college and the state to monitor long-term changes in beach profiles.

Sea level rise — caused by a warming ocean and melting from ice sheets and glaciers — as well as other climate change impacts are difficult to predict for any one location on the coast.

In some places, including at the mouth of the Columbia River, sea level rise appears to be declining, offset by shifts in the tectonic plates that are causing areas like the Columbia River estuary and Clatsop Plains to gain elevation. But eventually, researchers predict, the water will catch up.

A decade of king tide photos is not enough to document dramatic change on the Oregon Coast. Not yet. And the king tides themselves can be almost a nonevent in some places without a winter storm behind them.

“But, bit by bit, we’re really developing a useful photo archive people can use to track things,” Johnson said.

There are still gaps, however.

The project has almost no photos in the dunes near Florence down to the north end of Coos Bay.

“Not only is it not as satisfying (visually) but, yeah, you have to walk miles and miles out on the dunes in winter when it may well be storming,” Johnson said. “So, understandably, there are a lot fewer photos in places like that.”

The most dramatic photo opportunities occur where high tides interact with infrastructure: waves almost breaking over U.S. Highway 101 at Waldport, or climbing up the stairs at a state park.

Less visually interesting, and more difficult to access, are places like marshes and mudflats in estuaries where sea level rise is a threat to crucial, natural habitat, Johnson said.

“It makes for less visual appeal, but watching the potential loss of estuary and lower river marshes is one of the most important things to document,” he said.

But, he added, “It has much more of an impact if you’re seeing a place you know.”