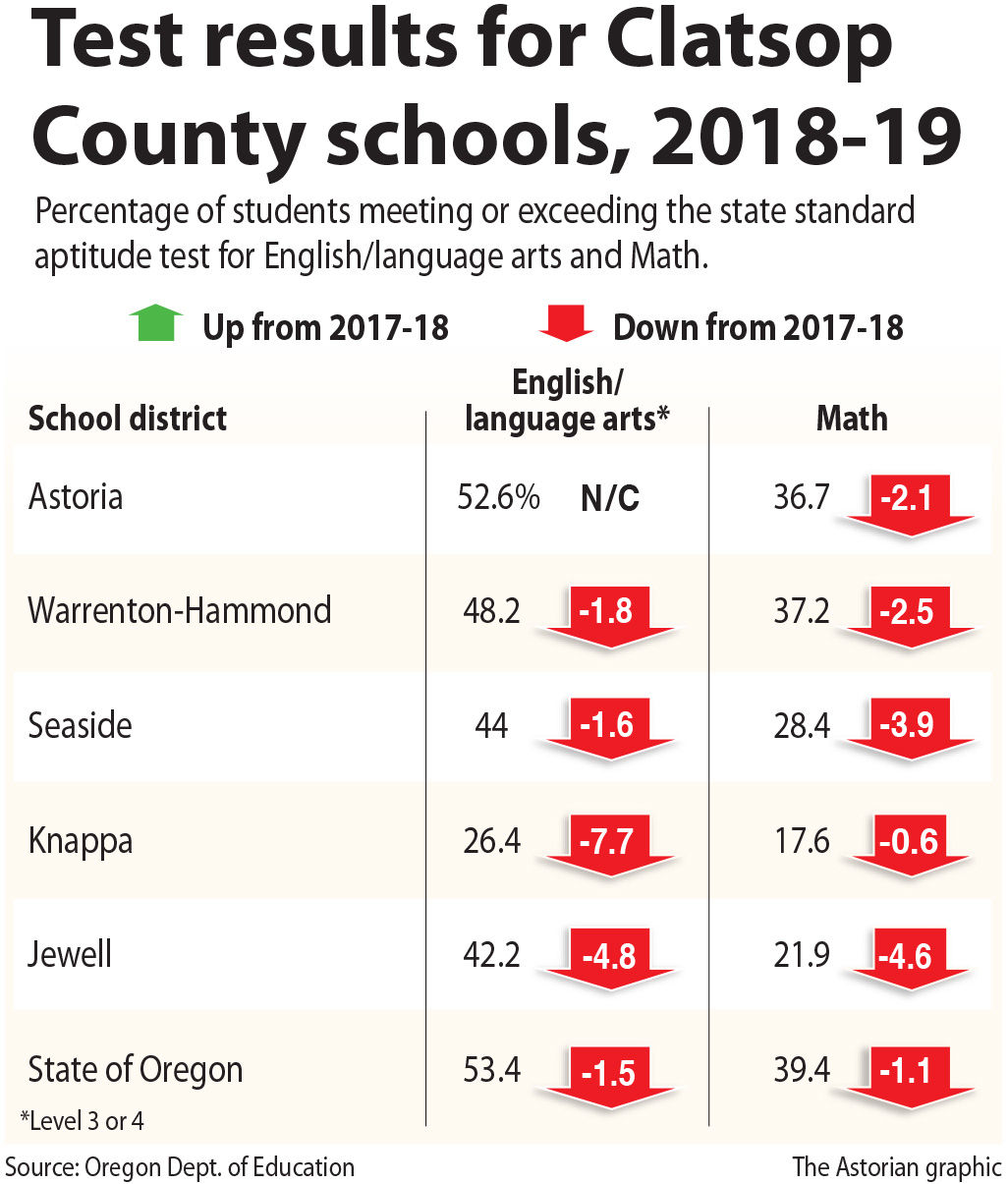 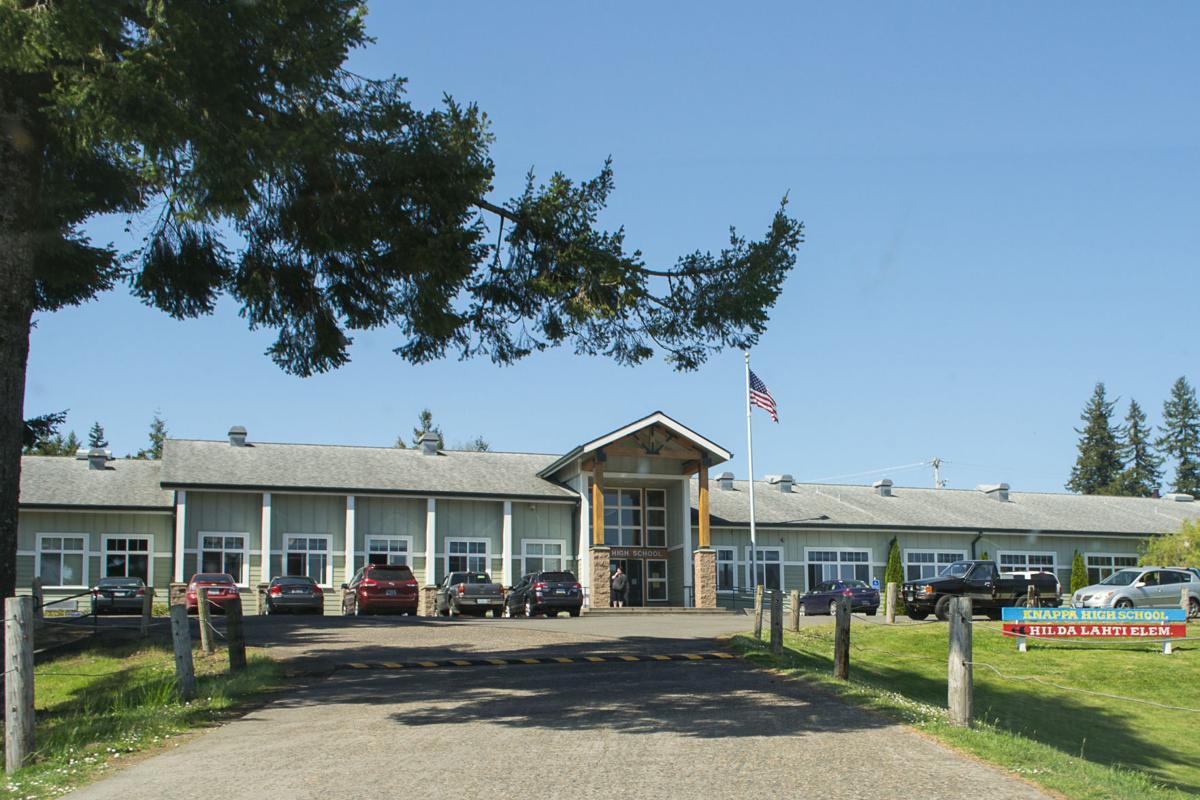 Students in Knappa had difficulty with state English, language arts and math tests.

Knappa students were half as likely to be on track in English, language arts and math compared with their peers statewide, according to Smarter Balanced assessment results released Thursday.

Students begin taking the assessment each spring in third grade through high school. The assessment traces whether students are on track academically for college or workforce training.

Less than 18% of Knappa students were on track in math, adecline from 23.1% two years ago, half the statewide rate and significantly worse than county peers.

“We have work to do,” Paulette Johnson, the schools superintendent in Knappa, said of the results. “I think every district in the state has some work to do.”

Johnson couldn’t pinpoint exactly why Knappa students struggle on state assessments, but said it could be related to demographics, academic rigor or teaching styles.

“We always thought we need to add more rigor to what we do,” she said.

Nearly half of Warrenton-Hammond School District students were on track in English and language arts, down from half of students the previous spring, but up from less than 44% two years ago.

Warrenton-Hammond students were again the most proficient countywide in math, with more than 37% on track. District students in 2017-18 eclipsed the state average in math proficiency, a rarity for county school districts.

In the rural K-12 Jewell School, where results can skew heavily because of a small student population, more than 42% of students were on-track in English and language arts, compared to around half of students the previous two years. Nearly 22% were proficient in math, down from more than 26% the previous spring.

“It is clear improvement is needed in these two subject areas,” Colt Gill, director of the state Department of Education, said in a news release. “Thanks to the historic Student Success Act passed by lawmakers and signed by Gov. Kate Brown, we will eventually see more resources targeted to help students graduate high school ready for college or a career.”