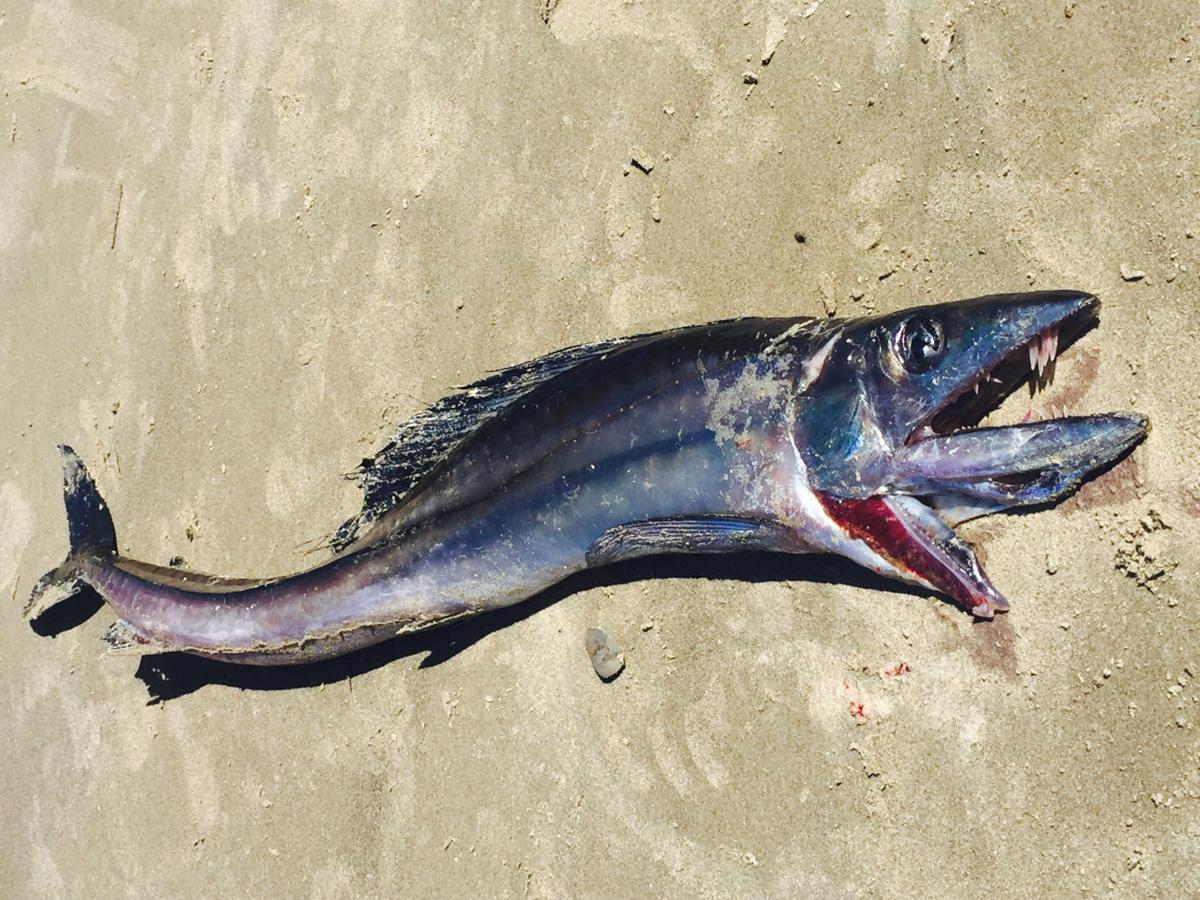 A lancetfish washed to the shore at Arcadia Beach. 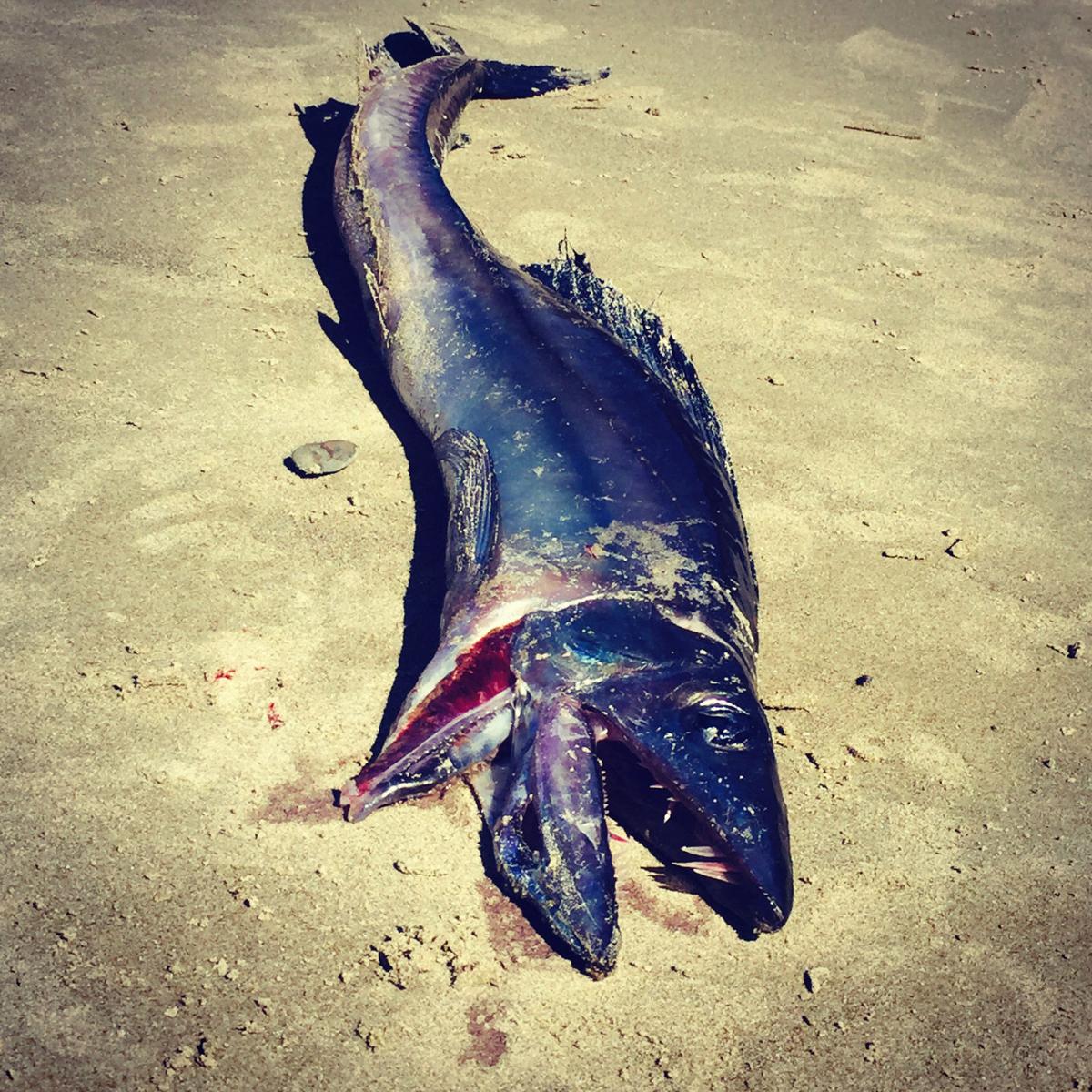 There are usually a few reported sightings every year. 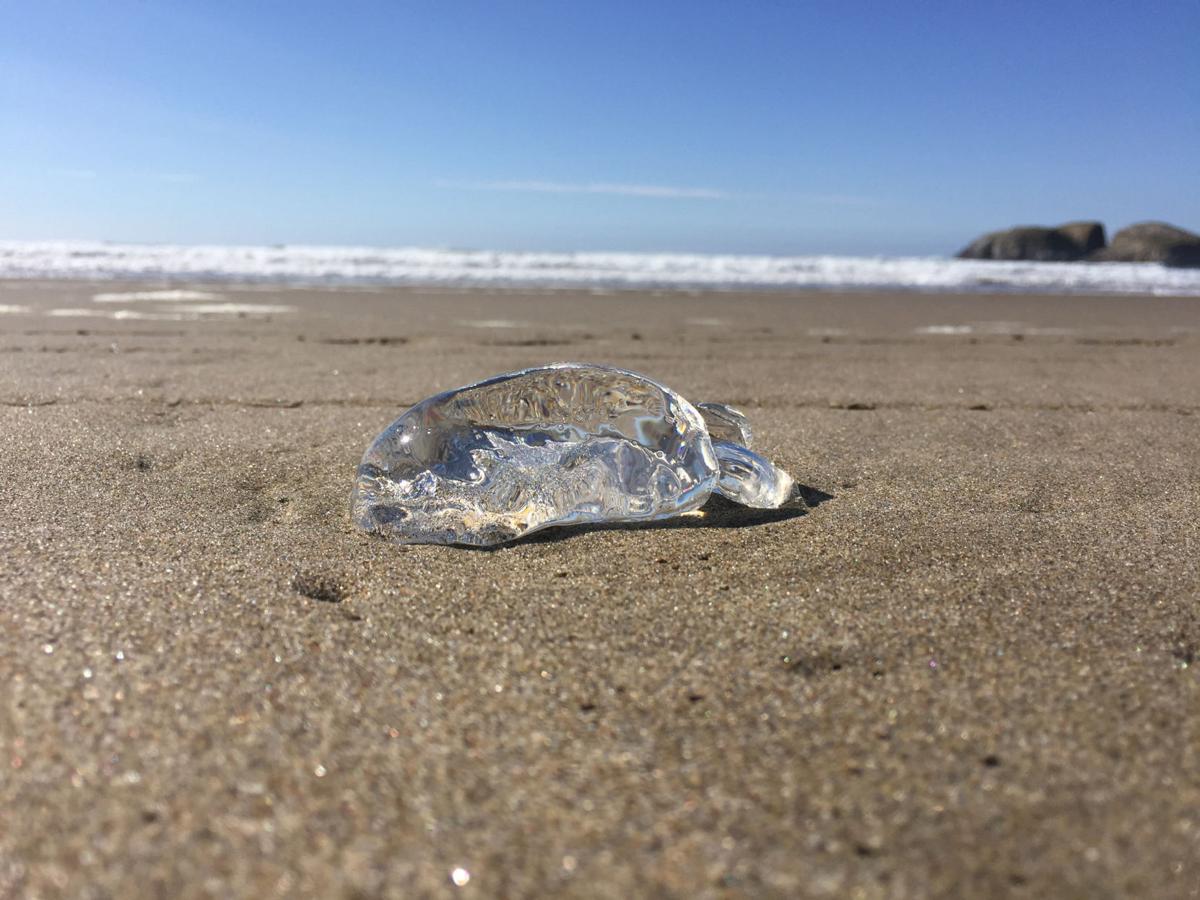 A salp found by Melinda Sage Bruton in 2015.

A lancetfish washed to the shore at Arcadia Beach.

There are usually a few reported sightings every year.

A salp found by Melinda Sage Bruton in 2015.

CANNON BEACH — Imagine seeing this as you go for a jog: a jet-black, nearly 6-foot-long creature with a dorsal fin like barbed wire and teeth sharp as razors. With lifeless eyes, it looks like it emerged from Steven Spielberg’s imagination.

That’s what Melinda Sage Bruton found Wednesday as she headed south on a run to Arcadia Beach.

At first the Cannon Beach woman thought it was a barracuda washed ashore.

But after sending a photo to the Seaside Aquarium, she learned it was a lancetfish, one of two or three reported each year, according to Keith Chandler, the aquarium’s general manager.

“Those are just the ones reported,” Chandler said. “They get devoured pretty fast by gulls and other scavengers.”

After examining Bruton’s photos, Chandler said the fish had “quite a bit of damage to its jaw,” indicating it could have been the victim of another lancetfish or predator.

“Look at those teeth — they’re pointed backwards,” Chandler said. “Once they get hold of something with those, it’s a one-way ticket.”

Melissa Keyser, program coordinator of the Haystack Rock Awareness Program, determined the discovery was a longnose lancetfish, a species that submerges as far down as 6,000 feet below the surface of the sea but may occasionally surface.

“They can reach up to 6 feet in length and are very common off of the Oregon Coast,” Keyser said. “While they are somewhat of a rare find on Oregon beaches, there are usually a few reported sightings each year.”

Bruton is an astute observer of sea life.

Last year she photographed what she described as a “sort of jelly creature,” later identified as a salp, washing up on the shore. The salp looks like a jellyfish, but is a type of tunicate — a marine invertebrate — which, Bruton said, “is surprisingly closer in relation to humans than to jellyfish.”

On the same day Bruton found the salp, a small white shark also washed up.

Bruton draws lessons from her sightings. “The magnificence and majestic power the ocean brings to the local communities living along the coastline welcome a reminder to the travelers visiting here of our responsibility to maintain its home to the many marvelous and abundant creatures; to respect; to look after and protect,” she said in an email.