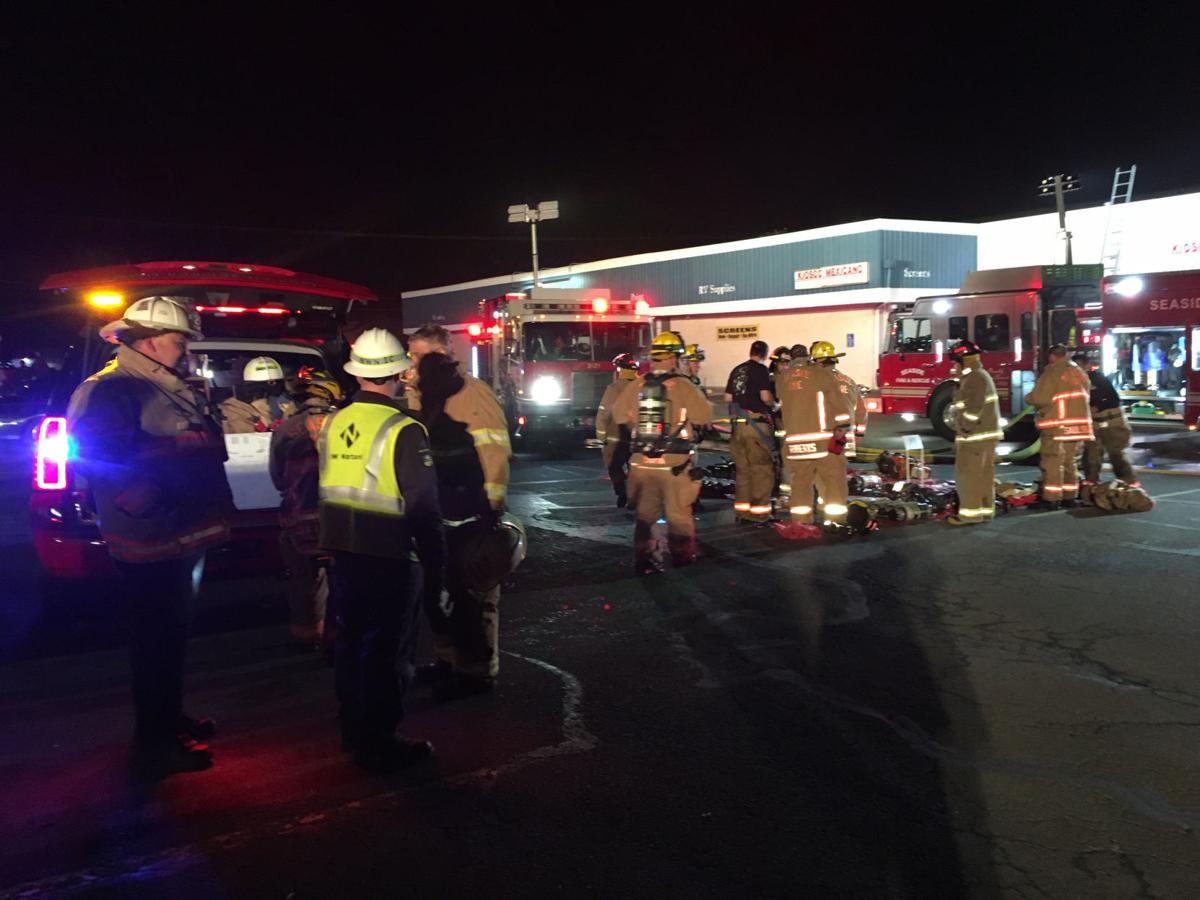 Firefighters responded to a fire in Seaside Wednesday night. The cause is under investigation. 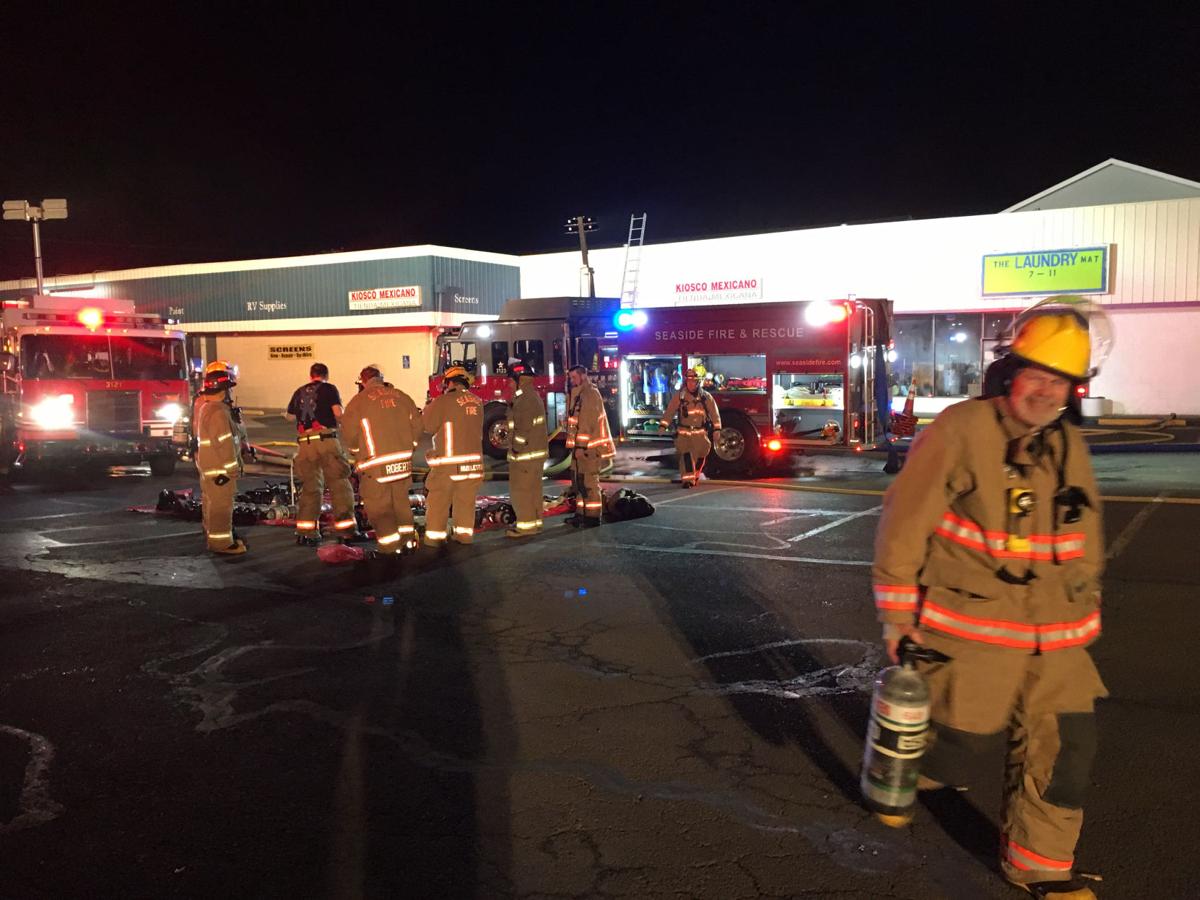 No injuries were reported after a blaze on South Roosevelt Drive in Seaside Wednesday night.

Firefighters responded to a fire in Seaside Wednesday night. The cause is under investigation.

No injuries were reported after a blaze on South Roosevelt Drive in Seaside Wednesday night.

SEASIDE — A fire at the The Laundry Mat Wednesday night led to the evacuation of neighboring buildings on South Roosevelt Drive, including Coast Hardware and Kiosco Mexicano.

Seaside resident Desiree Palmer said she was standing on her back deck at about 8:30 p.m. when she smelled “something like burning firewood.”

“I said to my daughter, is that white smoke coming from the Chevron station?’ And sure enough, you could see huge billows of smoke,” Palmer said.

A neighboring 26-unit apartment complex was evacuated for more than an hour as firefighters sought to prevent the spread of fire.

No injuries were reported. The cause is under investigation.

Mary Freiburger stood among the residents waiting to return to their homes. “We heard a loudspeaker: ‘Residents, you need to evacuate, the building in front of you is on fire,’” she said.

Cyrus Knox, a Gearhart resident, was driving by when he said he saw smoke billowing from what he thought was an apartment. He said he saw flames in the rear of The Laundry Mat. He went to check on a friend in Kiosco Mexicano.

“Everybody was all right,” he said. “But they could have lost the whole building. It’s all connected.”

The fire brought a response of between 35 and 40 firefighters and emergency responders, Seaside Public Information Officer Jon Rahl said at the scene, including firefighters from Seaside, Cannon Beach, Gearhart, Hamlet, Lewis and Clark and Warrenton. Some crews had been conducting weekly drills at the time of the blaze.