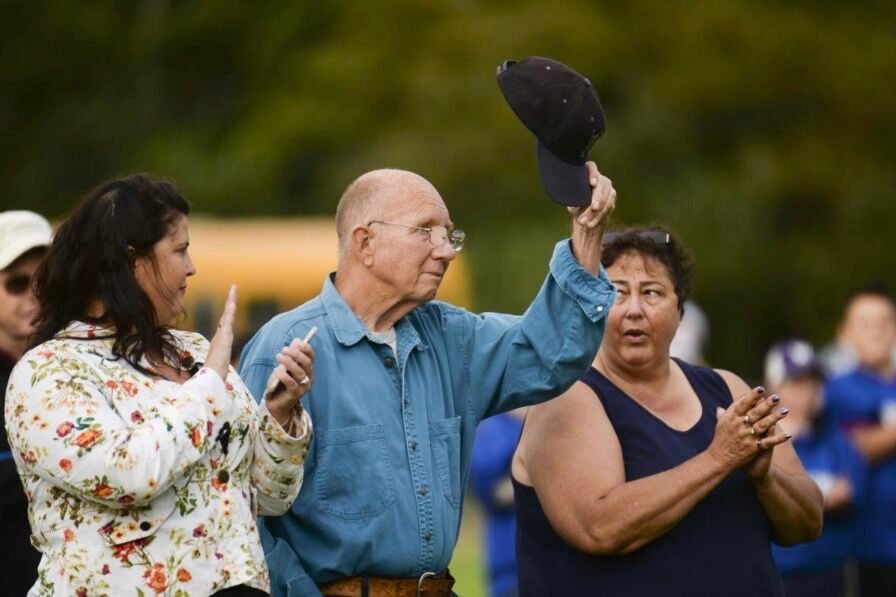 John Mattila, with his daughter, Allison, left, and his wife, Mary Ann, was recognized before a game in which Warrenton’s home field was named in his honor. 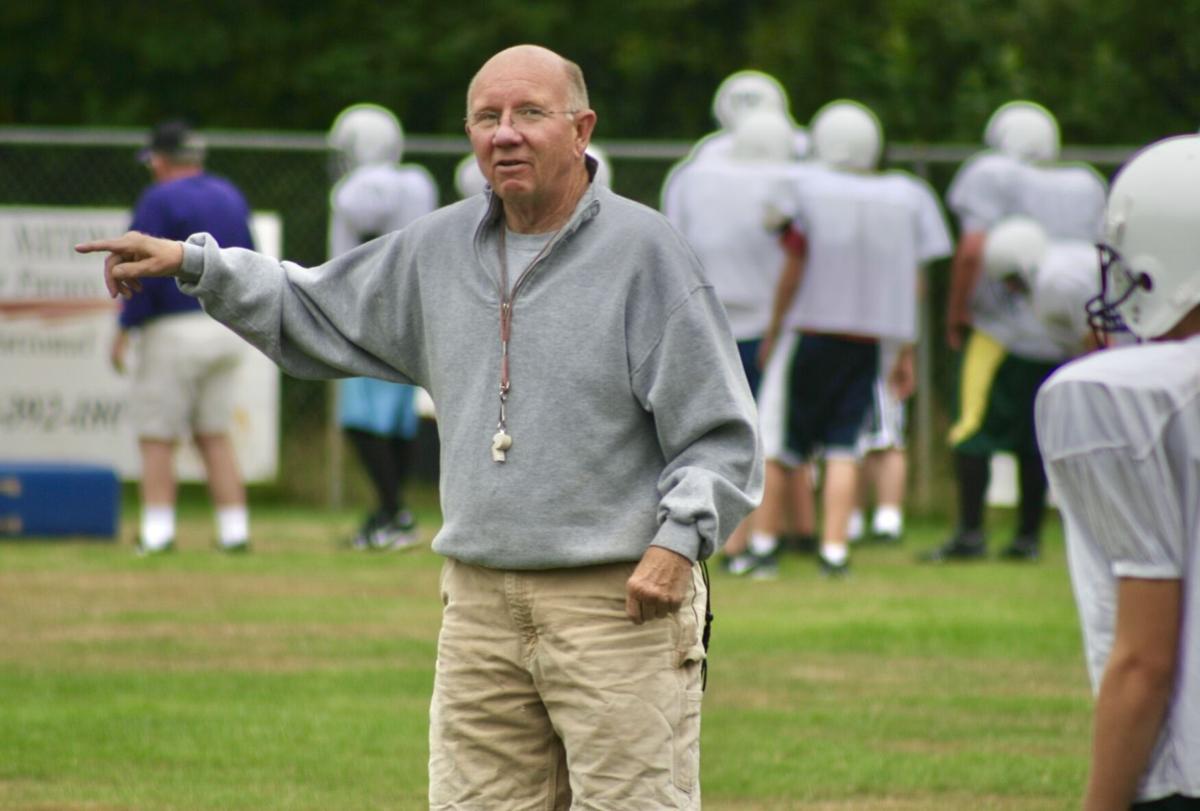 John Mattila in his days as the Warrenton football coach. 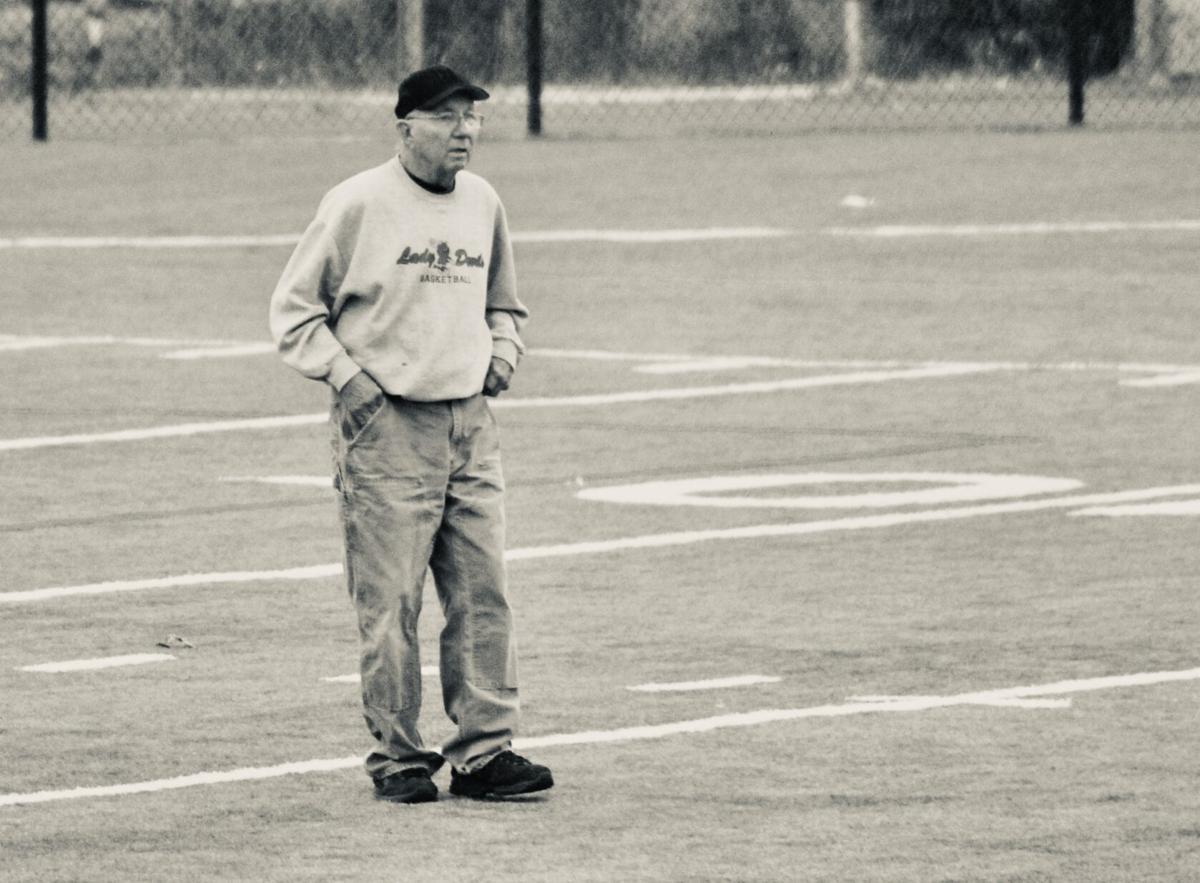 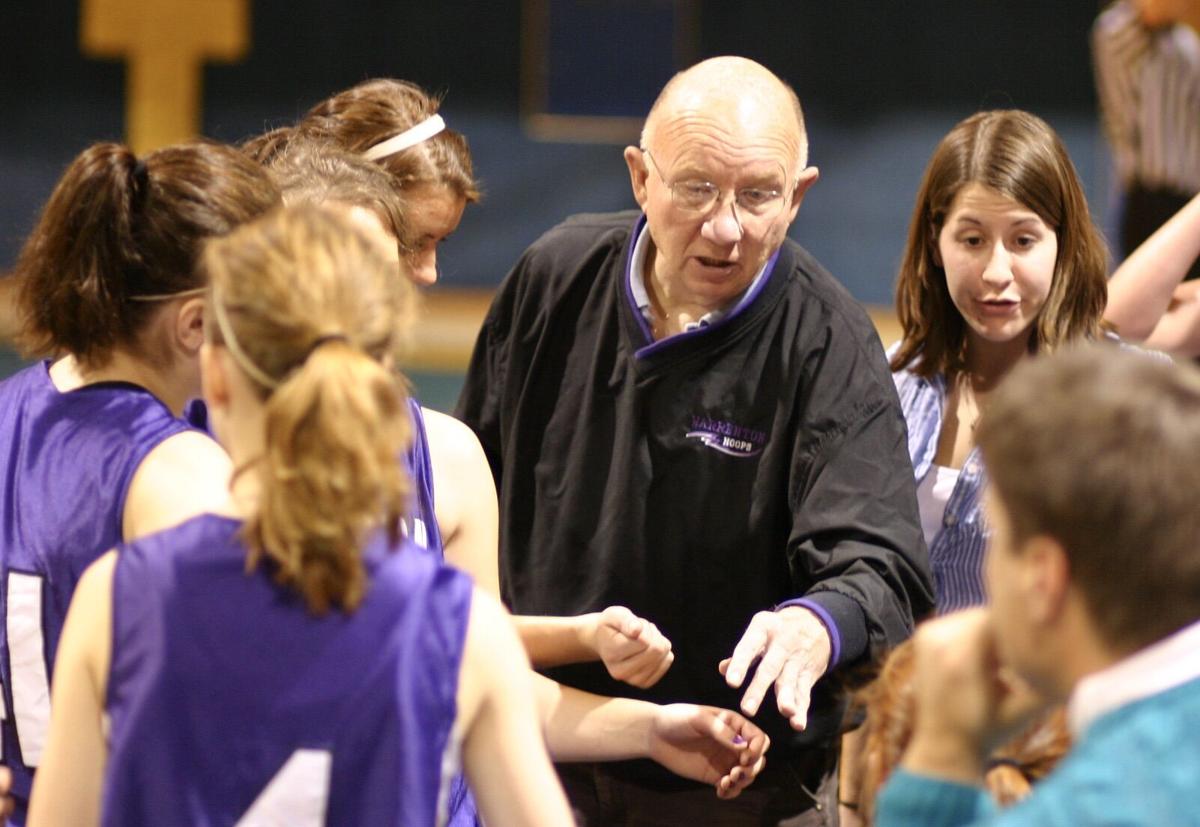 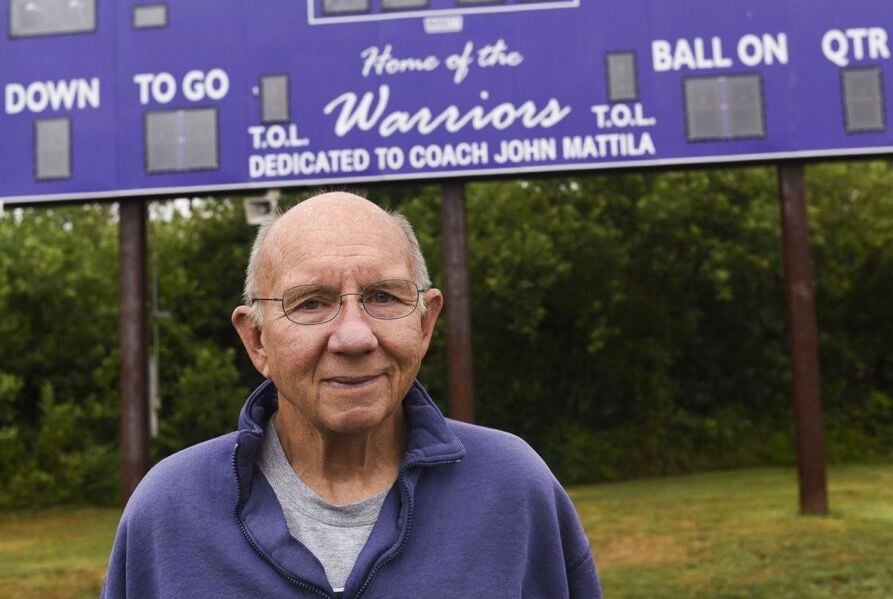 John Mattila on the field named in his honor.

WARRENTON — The announcement from his family came about 8 p.m. on Saturday night. A Warrenton legend had passed.

At one time a coach in football, wrestling and baseball at Tillamook High School, Mattila came to Warrenton and coached football from 1974 to 2011, compiling 252 wins. He had 290 victories coaching girls basketball from 1997 to 2011. He took the Lady Warriors to four consecutive state tournaments, the last two finishing with records of 27-3 and 27-2.

In recent years, Mattila spent time coaching youth football, including players at the third grade level, the grandchildren of players he had taught in the 1970s.

His death wasn’t sudden or unexpected, said Mattila-Gascoigne. “He just didn’t want anyone to know. He was in the hospital for 21 days, and it was not until day 18 or 19 that he actually started letting me let people know what was happening.”

Mattila-Gascoigne, a nurse practitioner at Columbia Memorial Hospital in Astoria, said “the congestive heart failure stems from the fact that he had the juvenile rheumatoid arthritis. In some cases it gets severe enough it messes with your heart, and in his case it did. Eventually, the heart gets weak enough that it can’t pump, then the kidneys get involved (cardiorenal syndrome), and basically the heart fails and the kidney fails.”

Mattila had only recently returned home to be with family.

“He knew that we knew. He came home to say goodbye,” Mattila-Gascoigne said. “He was so happy being home and having his friends here. All he wanted to do was get back home.”

And, in typical coach Mattila fashion, he wanted all the details ironed out in preparation for his passing.

“You know my dad — he was trying to plan every little thing,” Mattila-Gascoigne said. “He wrote his own obituary, and then attached his passport photo to it, so we knew what photo he wanted.

“He was very adamant that he didn’t want a funeral and didn’t want this or that. But he never said the words ‘celebration of life.’ We’re still convinced that we’ll do something, but it’s a little early right now,” she said.

His son-in-law, Paul Gascoigne, said, “he was talking and visiting with people up to the last 24 hours. He was getting around, walking the property a little … still being John.”

Among his closest friends were fellow Warrenton coaches Gary McBride and Lennie Wolfe — all together, nearly a century of coaching experience.

After graduating from Mark Morris High School in 1965, Mattila attended Grays Harbor College and transferred to Western Washington, playing football at both schools.

He took his first teaching position at Tillamook High School in 1970, and coached football, wrestling and baseball.

He moved to Warrenton in 1974, was named head football coach, and taught English, physical education, health, driver’s education and was vice principal.

The school board voted in 2016 to name the high school gridiron John Mattila Field.

“John was the best organizer of any coach I’ve ever been around,” said McBride, who assisted Mattila in football. “He loved high school sports. I can’t tell you how many times we scouted on Saturdays after playing Friday. He was so organized, and always had something ready for the next game.”

Right up to his final days, Wolfe said, “John was controlling his own narrative, as far as how things were going to end.”

In addition, “I feel that I’ve lost a very good friend. High school football since 1991, for me, has meant spending time with John. From the time I joined his staff until the last home game this year. We missed maybe six or seven Fridays in the last 10 years, where we just couldn’t find a game to go to.”

McBride said winning was important to Mattila, but it wasn’t always the only thing.

“He was very loyal to anyone who worked their butt off, even if they weren’t the best player. He was going to treat them respectfully, give them a chance and an opportunity,” he said. “He was a little old-school in that. It wasn’t always about playing the absolute best. He was real loyal to kids who worked hard.”

Wolfe said, “at the forefront of my thoughts right now, are Mary Ann and Allison. I’m feeling sorrow and sympathy for them.

“Allison said on Facebook that she had lost her hero. I suspect a lot of people feel that way. I’m going to miss him an awful lot.”