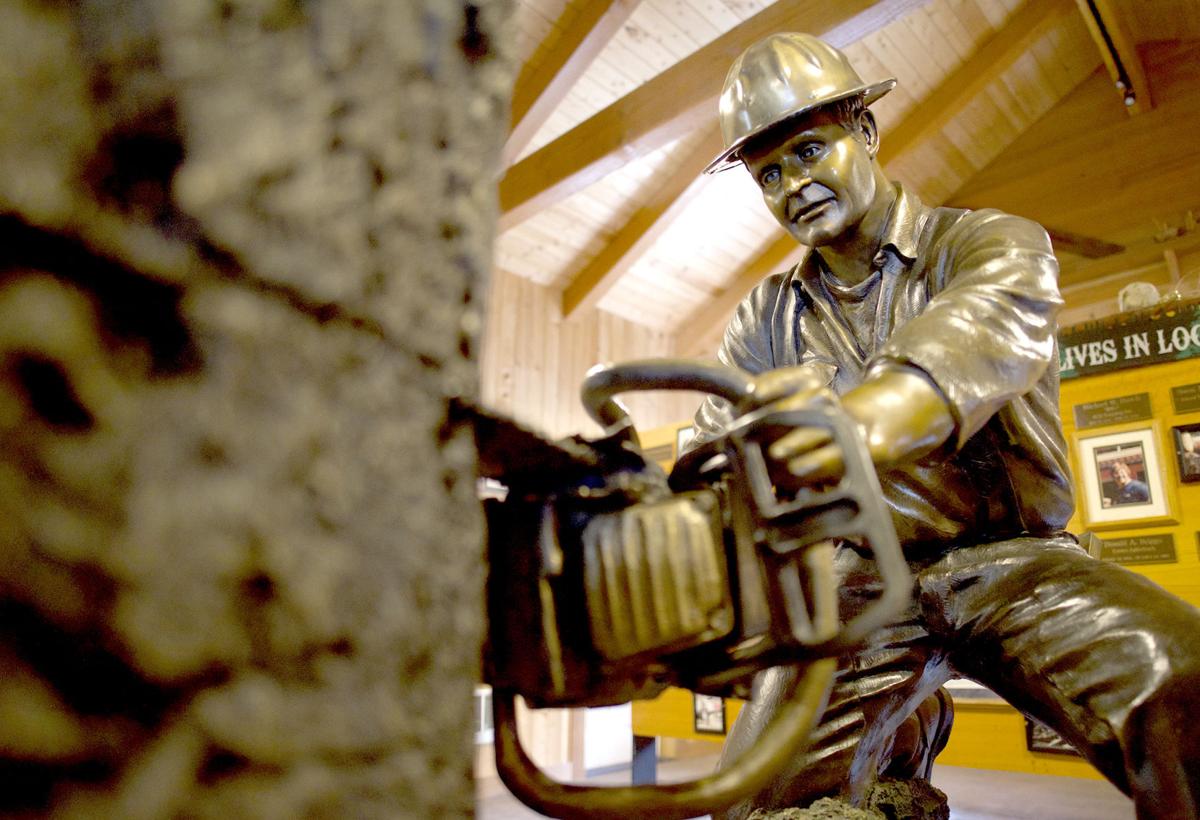 A statue commemorates the legacy of local loggers at the memorial and museum at Camp 18. 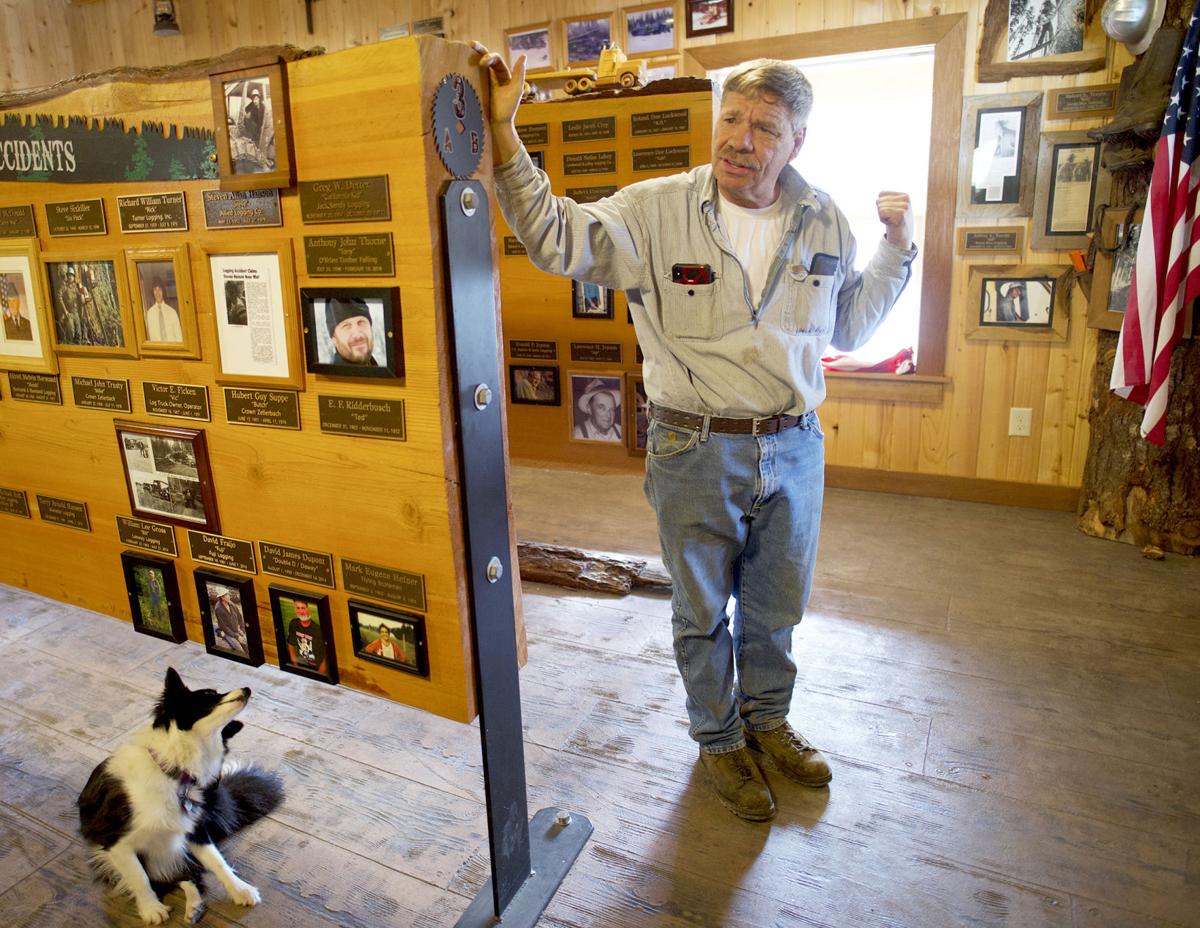 Mark Standley talks about the effort to raise money for a new facility to house a memorial and museum at Camp 18. 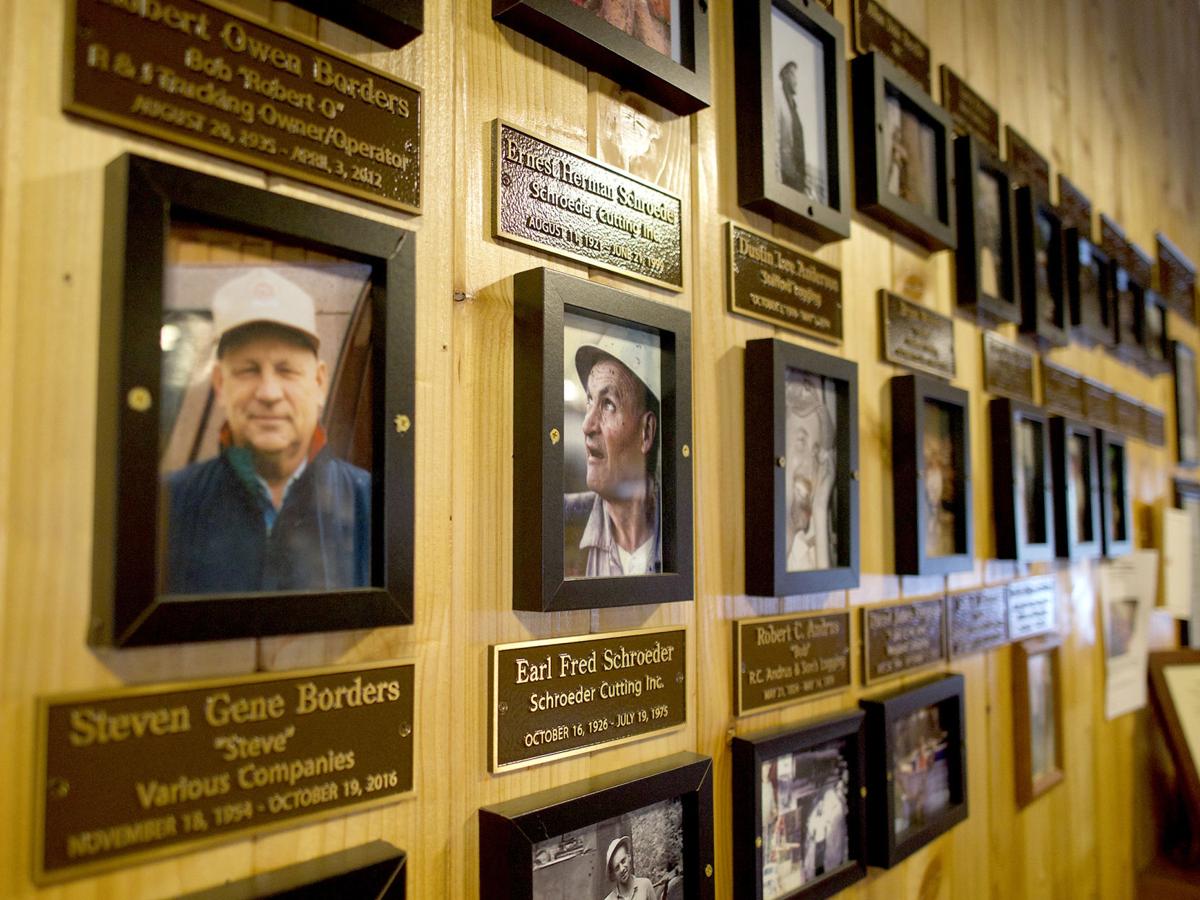 The memorial at Camp 18 features photographs of loggers who died from natural causes (pictured here) and those who lost their lives on the job. 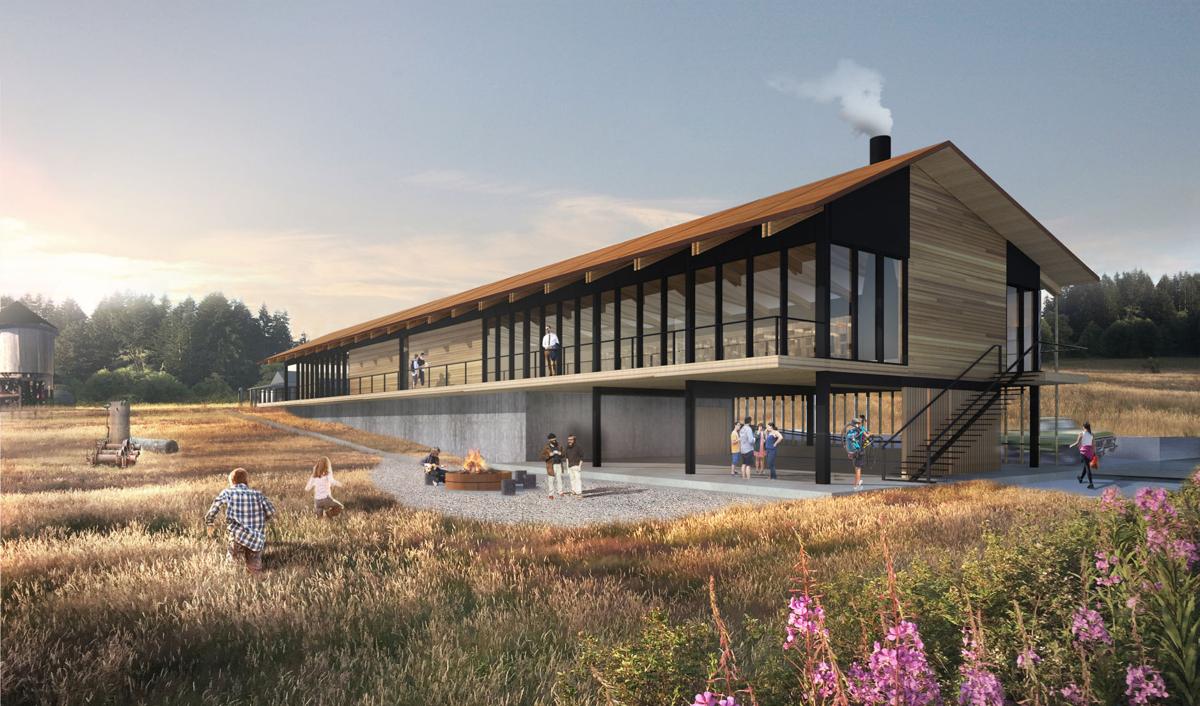 Volunteers behind the Camp 18 Loggers Memorial are planning a new 7,000-square-foot hall next to the existing memorial and museum in Elsie.

ELSIE — A decade ago, a volunteer group of foresters opened a memorial in a small cabin-style building along U.S. Highway 26 just east of Camp 18 Restaurant for those who died while logging.

In a testament to one of the deadliest and most storied local professions, the Camp 18 Loggers Memorial quickly filled up with shrines and artifacts from the woods.

Volunteers are now raising between $3 million and $4 million for a new, 7,000-square-foot museum to continue honoring the past while providing a nod to the future.

The Camp 18 Loggers Museum was founded in the 1970s by the late Maurie Clark and Gordon Smith, owner of Camp 18 Restaurant. The museum became a popular spot to stop on the way to the coast, marked by a 160-foot spar tree and a growing collection of donated logging equipment from years past.

“We were forgetting what our guys looked like who passed away,” said Mark Standley, a logging safety consultant and an organizer behind the addition of the memorial. “We sat around on a deck of logs wondering, ‘What can we do to preserve these guys’ memories?’”

The idea was to put some logs out with aluminum tags memorializing late loggers, he said. But after receiving some large donations, the project soon expanded into a small building.

The entrance to the memorial is framed by a large grappling hook, each end anchored in twin stone pillars. Inside a heavy set of double doors is a bronze cast of a timber faller — modeled after the late Steve Boudreau, who worked for Morisse Logging Co. in Astoria for 20 years — chainsawing through a tree trunk.

On either side of the statue are a series of wooden aisles, each filled with memorials of families who have worked in the industry. The innermost aisles are dedicated to those who have died on the job.

“We’re running out of room,” said Harve Dethlefs, the owner of Bighorn Logging Corp. in Banks and a board member for the memorial.

About 350 loggers have been memorialized so far, with another 30 or so plaques added each year, Standley said. With space running low, he’s had the unenviable task of asking families to consolidate their memorials as more of the fallen are added to the walls.

Interspersed with the memorials throughout the museum are tin hats, axes, climbing spikes and other tools of the trade. In one corner is a memorial to the family of Shawn Teevin, a local industry magnate whose brother and father both died in logging accidents.

“We get hordes of people from the restaurant, so it’d be nice to have something more visible,” Dethlefs said.

The museum hired Astoria-based firm Chadbourne + Doss Architects to come up with the design of the new memorial and museum. The firm has previously worked on the Alderbrook Station and Red Building in Astoria.

His firm presented several designs, from which the board chose a long, gabled hall reminiscent of agrarian sheds in the region. It has a flexible, free-standing interior for an expanded memorial, museum, library and meeting space, and a large fireplace on one side.

The new hall would face the highway for maximum visibility and approximate the height of the existing museum, the two buildings linked by walking paths. Below the east side would be a covered area for events overlooking an outdoor fire pit and a field behind.

The project is in the conditional use permit phase with Clatsop County. Organizers have held meetings with surrounding neighbors, who Doss said have been generally supportive of the museum and design.

Volunteers began fundraising for the new building a year and a half ago, hiring a consultant before going in-house. Several large donors have already given around $400,000, but fundraising has slowed down with a deflated log market and Chinese tariffs amid a protracted trade war.

“We’ll have to adjust it to fit,” Standley said.

The group has looked at incorporating green building concepts and newer construction materials such as cross-laminated timber, used in multistory buildings elsewhere. But the newer material and sustainability certification might be overkill for the museum’s size and backing, Doss said.

“For a project struggling with money, you have to limit expenditures,” he said. “They’ll try to be as green as possible.”

To reach its lofty fundraising goal, the museum needs someone to reach out to large timber landowners, mills and other companies. “That’s where the bigger money’s going to come from, hopefully,” Dethlefs said.

The Camp 18 Loggers Memorial will hold its annual dedication at 10 a.m. May 11. The names of those added in the last year will be called out, after which local high school forestry teams will compete in timber sports.