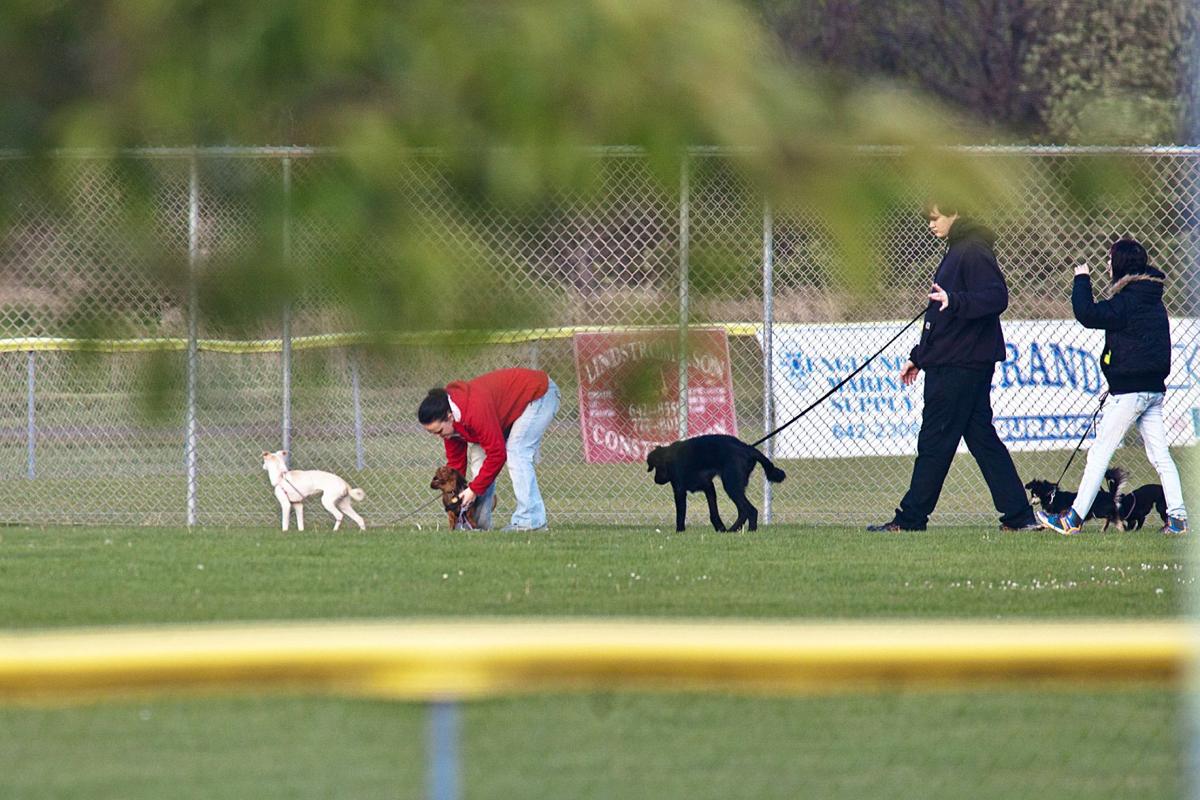 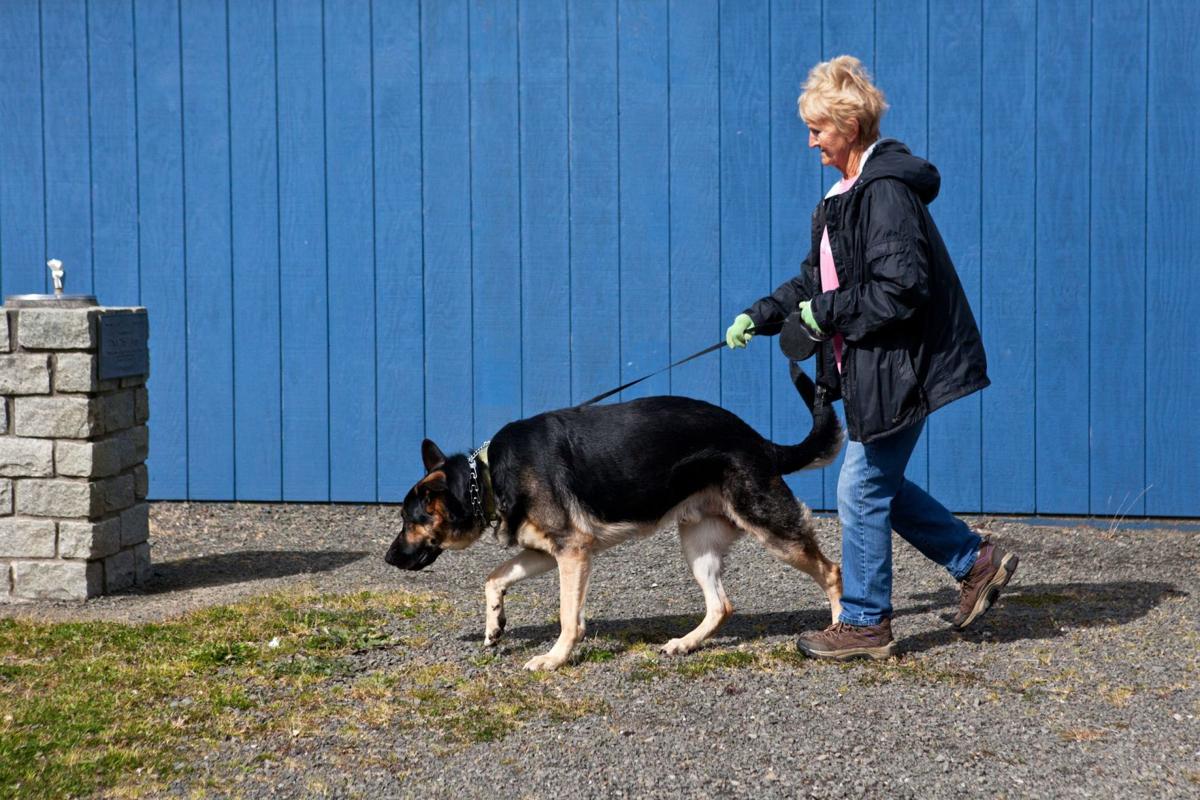 The city of Long Beach expects to enforce a leash law in public places after an ordinance is adopted in May.

The city of Long Beach expects to enforce a leash law in public places after an ordinance is adopted in May.

LONG BEACH, Wash. — Until just a couple of weeks ago, one Long Beach man spent nearly every sunny morning playing with his dogs on the soccer field at Culbertson Park. While an older lab loped around, the man chipped golf balls to his dachshund, who would enthusiastically chase them down.

Now, there’s a new “NO PETS: FOR THE HEALTH AND SAFETY OF CHILDREN” sign posted outside the ballpark, and the man and his dogs are gone.

After fielding complaints about accumulating dog waste, the city in early April decided to banish dogs from Culbertson Park, the surrounding athletic fields and Stanley Baseball Field. To make that ban enforceable, the city is developing an ordinance and revising the city code. The new policy will define where dogs are and aren’t allowed, require dogs to be on-leash in public, and require owners to clean up after them. Once the ordinance is in place, leaving dog waste will be an infraction that is punishable with a fine.

City staff and council members say volunteers from the nearby South Pacific County Humane Society animal shelter faithfully clean up when walking dogs, but some dog-owners who regularly use the field have not been so courteous.

At an April 20 city workshop, Long Beach City Administrator David Glasson said kids sometimes pick up poop on their shoes, and then transfer it to the playground equipment. Athletes step in the piles while playing soccer or baseball, and city workers have messy encounters when mowing the field.

“Dogs on the baseball field is really the issue,” Glasson said. “We have a feces problem.” According to city Councilman Steven Linhart, informal attempts to get irresponsible dog-owners to pick up poop have not been successful.

City staff and council agreed that on-leash dogs should still be allowed in the paved areas of the Discovery Trail, in Veterans’ Park, in the city’s “mini-parks” and on the beach. Dogs will also be allowed in the parking lots and “spillover areas” outside the fence at the athletic fields.

“Everywhere else, if your dog is on a leash, you’re welcome to bring it,” Glasson said in a phone interview. The ban also doesn’t apply to official service dogs.

Some U.S. communities have implemented outreach programs that encourage citizens to clean up after pets, and make it easy to do so by providing plastic bags and trash receptacles. In Astoria, for example, the city provides “Mutt-Mitts” and garbage cans in some city parks and along the Riverwalk. They also post park rules on signs that remind dog-owners to use leashes and clean up waste.

“They work out pretty well actually,” said Parks Maintenance Director Jonah Dart-McLean Friday in a phone interview. “People are happy having signage around so other dog owners are aware they have to pick up after their dogs.”

The city does have to pay for the bags and the time workers spend refilling the dispensers and emptying the trashcans. And compliance isn’t perfect. But overall, Dart-McLean feels the program generates “a lot of positive feedback” and helps citizens keep each other accountable.

Glasson said city officials didn’t seriously consider such alternatives, partly because the relatively isolated fields don’t really promote accountability. Without other people looking on, dog-owners might be less likely to clean up than they are in a comparatively visible or crowded place like the Riverwalk.

“People are anonymous when they’re out there running around the park. People are in their own little world,” said Glasson lives near the park. He pointed out that police can easily see if someone has their dog in an off-limits area, but unless they patrol the field, it’s much harder for them to tell if someone isn’t cleaning up their mess.

So far, only two people have called the city to express concern about the new policy. One was the golfer, the other was a woman who owns two pit bulls. She told the city she had tried hard to be conscientious and felt the policy was unfair to responsible dog owners.

Glasson says the fields were never intended to be used as a dog park.

“We didn’t build those for dogs to run around. We built those for kids to play on, and that’s the way it has to be,” Glasson said.

On Friday morning, volunteer dog-walker Sue Ryder was walking an energetic young German shepherd from the shelter around the perimeter of the Culbertson Fields. Ryder said he was the seventh of the 11 shelter dogs she planned to walk that morning. Usually, Ryder keeps the dogs on a leash. But occasionally, she takes well-behaved dogs to play catch on the fields. Ryder said shelter dogs benefit greatly from the exercise and stress-relief, so she was sad to learn she won’t be able to do that anymore.

While she understands the city’s concerns, but she wishes leaders would try posting signs and providing a baggie dispenser and trashcan before resorting to an outright ban.

Glasson said that city attorney Doug Goelz is reviewing the proposed policy. Once he is done, the council will discuss it again at an upcoming meeting — tentatively on May 4. They are likely to adopt the ordinance at the same meeting.

“If anybody has any concerns — that’s the meeting where they want to come and talk about it,” Glasson said.