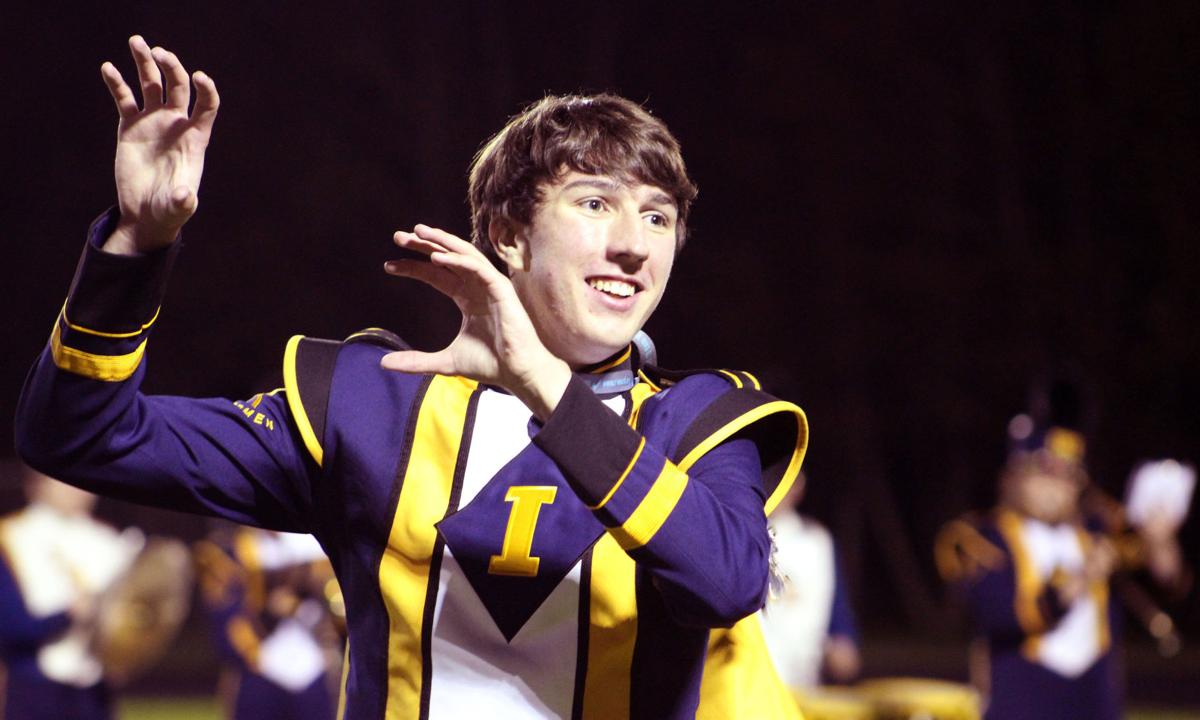 Michael Johnson, drum major for the Ilwaco, Wash, marching band, leads an unusual dance routine called “Thriller” during the halftime show at a recent Ilwaco home football game. Johnson credits his leadership position with bringing his life back on a positive track. 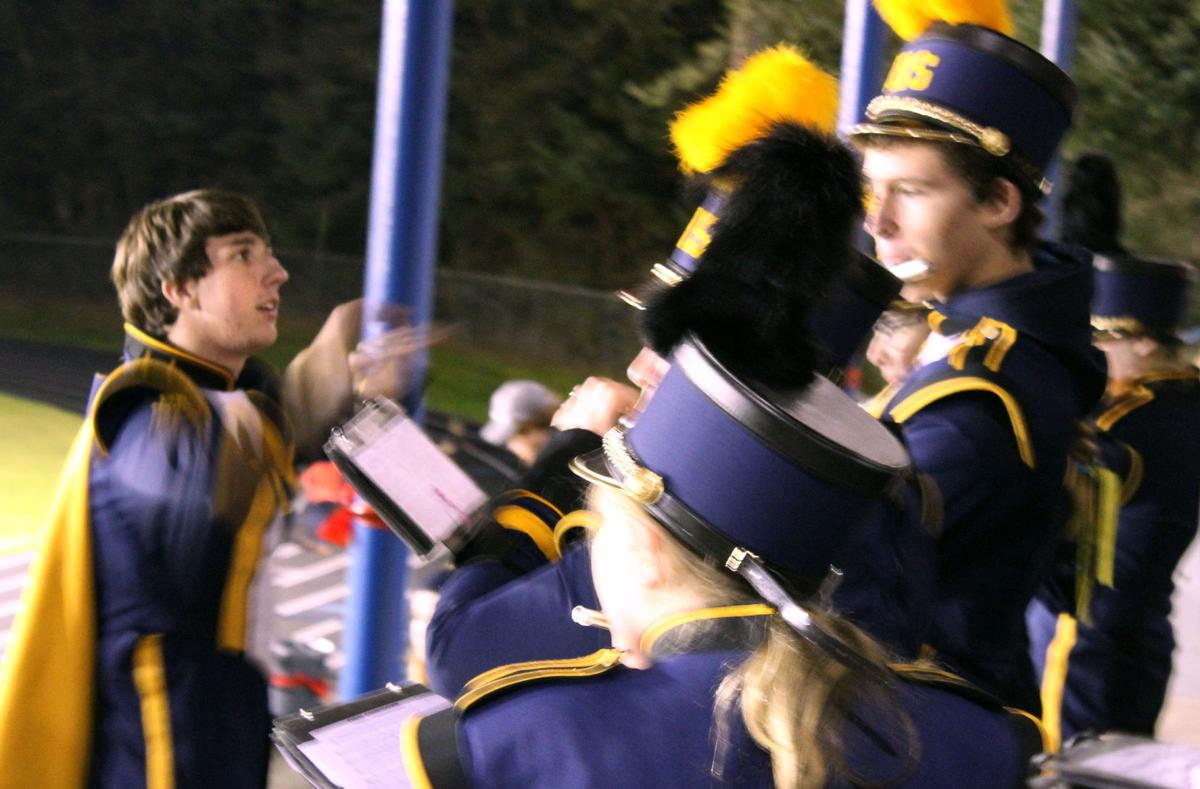 Drum Major Michael Johnson's hands are a blur as he keeps time conducting the band at the Ilwaco High School stadium. 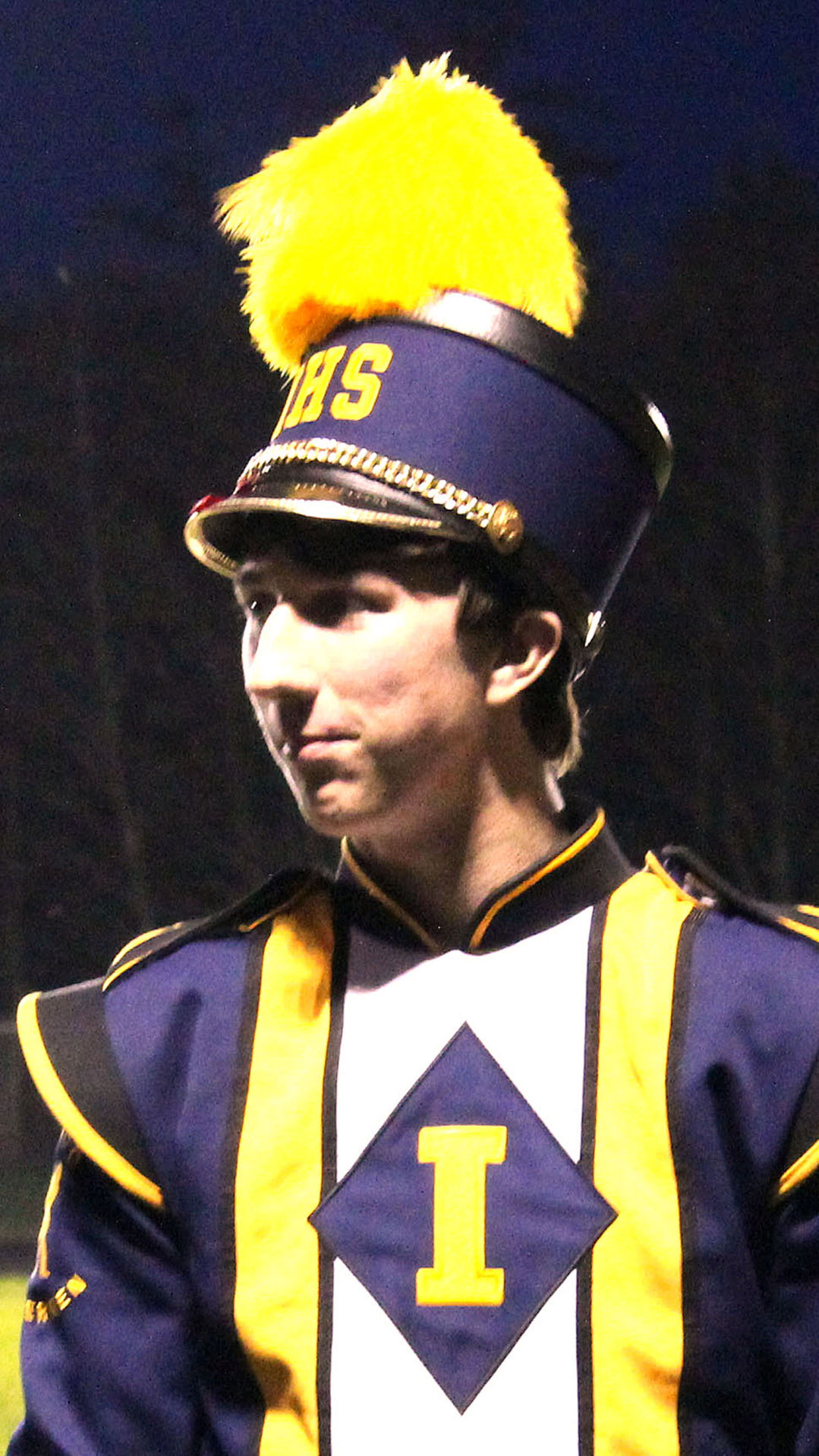 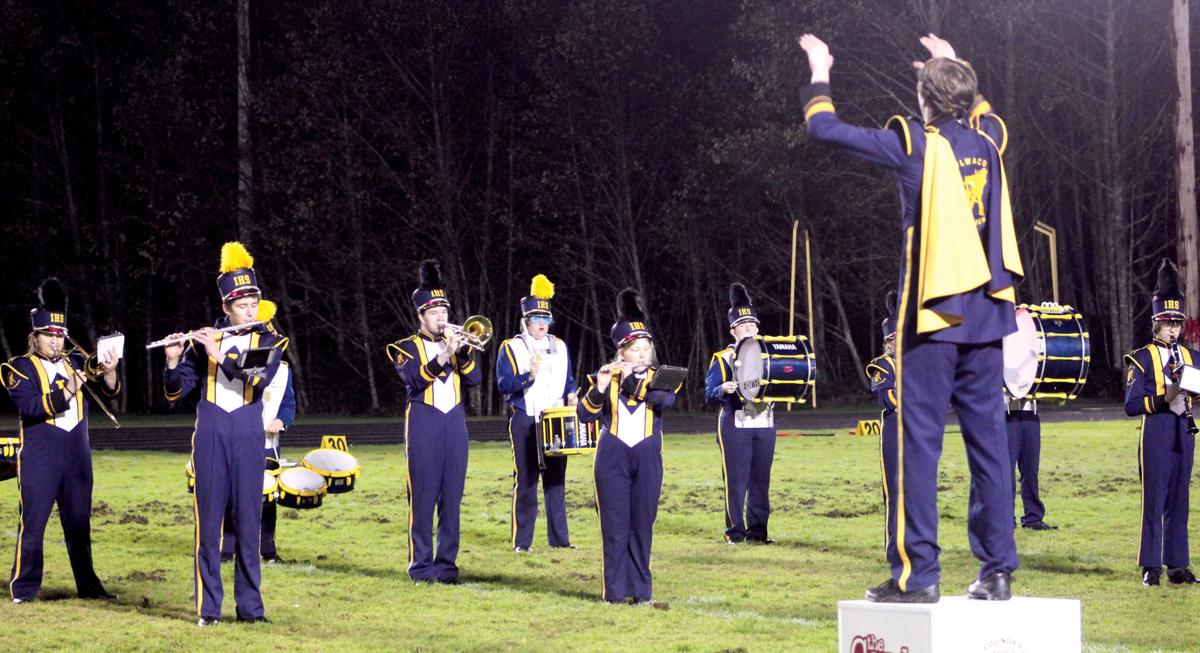 The attentive Ilwaco band members take the lead from their drum major, Michael Johnson. The senior says being elected to the position changed his life.

Michael Johnson, drum major for the Ilwaco, Wash, marching band, leads an unusual dance routine called “Thriller” during the halftime show at a recent Ilwaco home football game. Johnson credits his leadership position with bringing his life back on a positive track.

Drum Major Michael Johnson's hands are a blur as he keeps time conducting the band at the Ilwaco High School stadium.

The attentive Ilwaco band members take the lead from their drum major, Michael Johnson. The senior says being elected to the position changed his life.

It was the middle of his sophomore year.

“I didn’t take school that seriously,” said Johnson, candidly revealing he was kicked off the basketball team for poor grades.

The answer was music. Though rap and country aren’t favorites, he enjoys all styles, from classical to jazz, musicals and operas, and even metal. So, he returned to the marching band.

Johnson auditioned and won the job as the drum major for his junior year, a position he retained for his final year at IHS.

“In reality, marching band changed my life,” he said. “To have the opportunity to be in marching band, and to lead, is great for my confidence.”

Johnson had marched in the band since seventh grade, and played tenor saxophone in the high school jazz and concert bands. He marched in his freshman year and played basketball, then changed direction as a sophomore to play football and basketball.

Amid his difficulties, IHS music teacher Rachel Lake encouraged him to audition for drum major, the bandsman who conducts the musicians and directs the marching movements. It would mean trading his saxophone for a baton. And taking responsibility as a leader.

At the end of his sophomore year, facing competition from two soon-to-be seniors, Johnson stepped up. He gave a speech about his ambitions and conducted a piece (“I was a terrible conductor — I have learned a lot since then”) then waited for every band student in grades six through 11 to cast their vote.

“It’s one of the greatest things I have done,” he said. “I finally found something I was passionate about, being drum major in a marching band.”

Lake is thrilled to have a motivated student to help her choreograph field shows — one who has the skill and organizational ability to lead practices and classes when she is away. “It makes the marching band a lot easier for me,” said Lake, who has been teaching 11 years, the last eight at Ilwaco.

“He comes up with a lot of ideas,” she added. “He has a great sense of humor. He is very positive and extremely cool-headed. He has a personality that everybody likes.”

Marching band is an after-school activity, not a daytime class like concert band. Some 35 to 40 students show up to play and march, some of whom have just completed 90-minute sports practices. It’s dark by the time they leave the field.

A proud Lake breaks into a broad grin as she mentions those numbers. “I want it to be a youth-driven program,” she said. “The kids need to want to be there.”

Johnson recruits for the band and serves as its liaison with the leadership class, whose students coordinate IHS activities. Randy Bloom, who teaches the class, said Johnson contributes positive decision-making.

“I have asked him to step up many times, and he has never let me down,” Bloom said. “I believe that his role as drum major has allowed him to believe in himself and become the leader that has always been inside of him.”

Johnson said he has been stimulated by attending a drum major camp at the University of Washington the past two summers, honing his craft while talking with other band leaders about how they develop their programs.

“I have a lot of big ideas, but don’t necessarily know how to put them into action,” said Johnson.

Lake said she has designed this year’s Ilwaco field shows, in part, to showcase Johnson’s exuberance.

He and Lake have dreamed up a “Pirates of the Caribbean” theme for the Auburn appearance, and they’ll even take the Fishermen’s pirate ship with them (it has wheels).

After football season, it will be time for pep band, which plays for home basketball games, then they will march in spring parades. Johnson hasn’t identified a clear path after graduation, though he wants to become a music teacher, having been inspired by Lake.

The only negative has been less time marching with his saxophone, though he still plays it in the concert and jazz bands.

“Yes, I miss my instrument, but for me I have the opportunity to conduct and lead the band,” Johnson said. “I wouldn’t give that up for the world.”