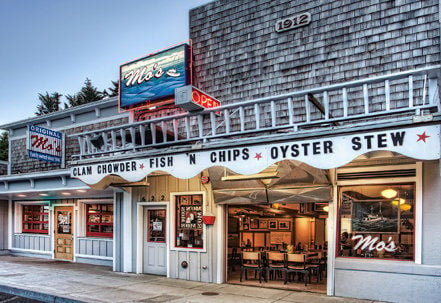 Mo's, based in Newport, plans a new restaurant and chowder production plant on the Columbia River at 15th Street in Astoria. 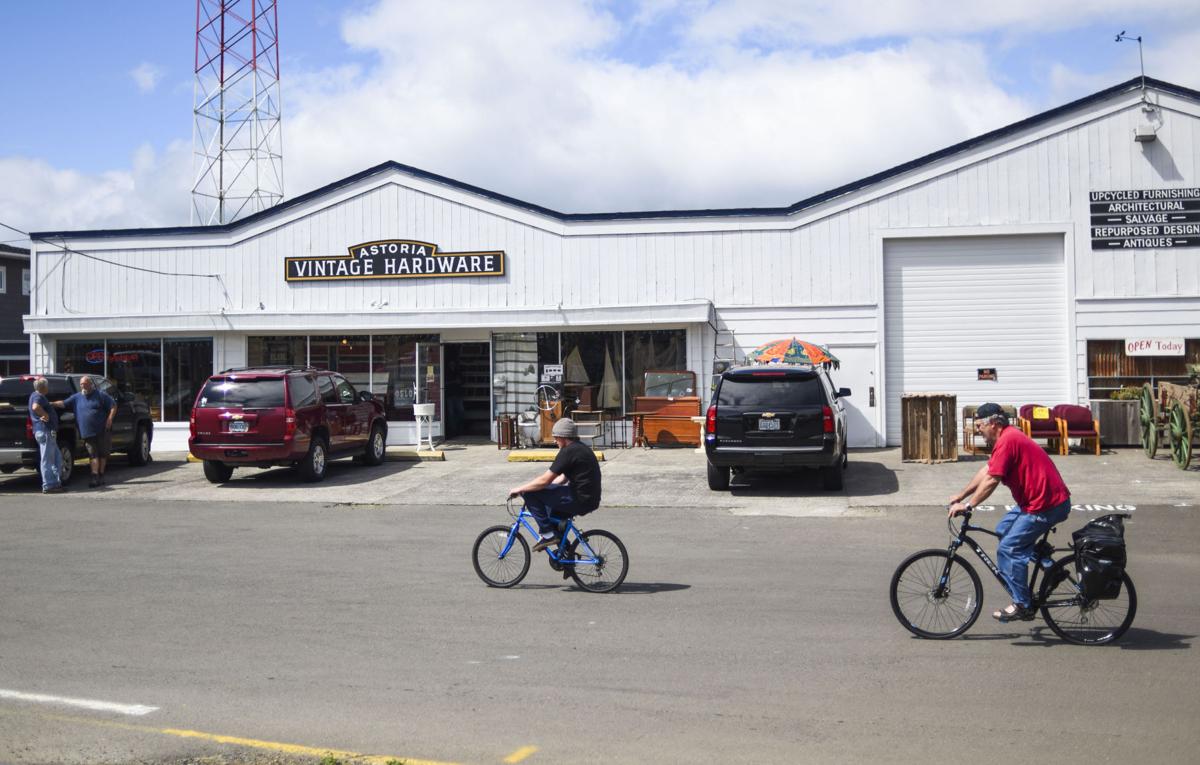 Astoria Vintage Hardware, which leases the space planned for a Mo's Restaurant, is moving to Bargains Galore on Marine Drive.

Mo's, based in Newport, plans a new restaurant and chowder production plant on the Columbia River at 15th Street in Astoria.

Astoria Vintage Hardware, which leases the space planned for a Mo's Restaurant, is moving to Bargains Galore on Marine Drive.

Mo’s is coming to Astoria.

The Newport-based seafood chain will build a restaurant and a clam chowder production plant on the Columbia River at 15th Street. The company will purchase the downtown space — now leased by Astoria Vintage Hardware — from Englund Marine & Supply Co.

“Although some might consider Mo’s a chain restaurant, I feel that we are far from that,” said Jolee Bancroft, the owner of Newport Pacific Corp., which operates Mo’s restaurants on the Oregon Coast and at Portland International Airport. “We are a family business that cares about our guests, the well-being of our crew, and the success in the cities where we reside in.”

The Astoria Planning Commission voted unanimously Tuesday night to approve the project after hearing endorsements from former Mayor Willis Van Dusen and other community leaders, along with objections from some residents worried about the impact of the restaurant on the Astoria Riverwalk, parking and smaller competitors.

Van Dusen said he had tried to bring Mo’s to Astoria when he was mayor. He said he had looked at the old train depot by the Columbia River Maritime Museum, the restaurant site at the former Red Lion Inn at the Port of Astoria and at Pier 39, but described the end of 15th Street as the “perfect location.”

The former mayor said Van Dusen Beverages, his family’s company, had been doing business with Mo’s for 30 years. “This is the perfect use,” he said. “It’s the perfect family. It really is.”

Loran Mathews, a civic leader active with the Scandinavian Midsummer Festival, reminded commissioners of plans for a Scandinavian heritage monument at People’s Park nearby. He said the Riverwalk, the Astoria Riverfront Trolley and projects like the restaurant help connect the city to the river.

“I think that this will do nothing but enhance that area,” Mathews said.

Mo’s, according to planners, will have banks of windows with river views and an outdoor patio and dining area. Planners say the chowder production plant will be separated from the restaurant by windows so patrons can watch how the chowder is made.

The restaurant will have 31 parking spaces. The city will meet with Mo’s after a year to assess traffic impacts.

Bancroft said Mo’s could employ about 30 full-time and 50 part-time workers. She did not say when the restaurant might open.

The chowder production plant will help the chain build capacity, Bancroft said, since all the chowder is now made in Newport. Mo’s, founded by Mohava Marie Niemi in 1946, has locations in Newport, Otter Rock, Lincoln City, Cannon Beach, Florence and PDX.

When people learned in June that Vintage Hardware would have to move to make way for a Mo’s, many rallied behind the local antique shop and complained about the influence of a chain restaurant on downtown Astoria, which prides itself as eclectic.

Vintage Hardware has found a new home at Bargains Galore on Marine Drive, but some are still uneasy about Mo’s.

Dan O’Donnell, a web developer who lives on 15th Street, worries about parking and riverfront access for pedestrians and bicyclists. His main objection to Mo’s, though, is the production plant, which he called a “clam chowder factory.”

He questioned whether the plant is really an accessory use for the restaurant, since it would take up roughly 40 percent of the space, and wondered about odor and truck traffic.

“That’s not an accessory usage. That’s setting up a factory downtown,” said O’Donnell, who might appeal the Planning Commission’s decision to the City Council.

The Planning Commission has allowed similar production facilities as accessory uses to retail operations on the riverfront, most notably for Buoy Beer Co. off Eighth Street, so there is precedent.

Dave Pearson, the president of the Planning Commission, was bemused anyone would object to a chowder plant on a riverfront that was once crammed with canneries.

“Making chowder in Astoria? It’s hard to believe we’d ever discuss that in a town that had 38 canneries at one time along the waterfront,” Pearson said. “This is as minimal impact as it gets in my view for manufacturing on the waterfront. It kind of fits with our heritage.”

Commissioner Sean Fitzpatrick, however, was conflicted. The new restaurant and production plant is in the Urban Core, the unfinished portion of the Riverfront Vision Plan, which guides land use on the river.

In the discussion over the other sections of the Riverfront Vision Plan, Fitzpatrick said, “virtually everyone that has spoken has said no hotels, no condos and no restaurants on the north side of the trolley tracks.”

Commissioner Jan Mitchell, who, like Fitzpatrick, wants the city to complete the Urban Core as soon as possible, said the city may have actually “dodged a bullet.”

A decade ago, when real estate speculators were eying the banks of the Columbia River, the space where Mo’s plans the restaurant and chowder plant had a green light from the city for a condo project that would have exceeded maximum building height.