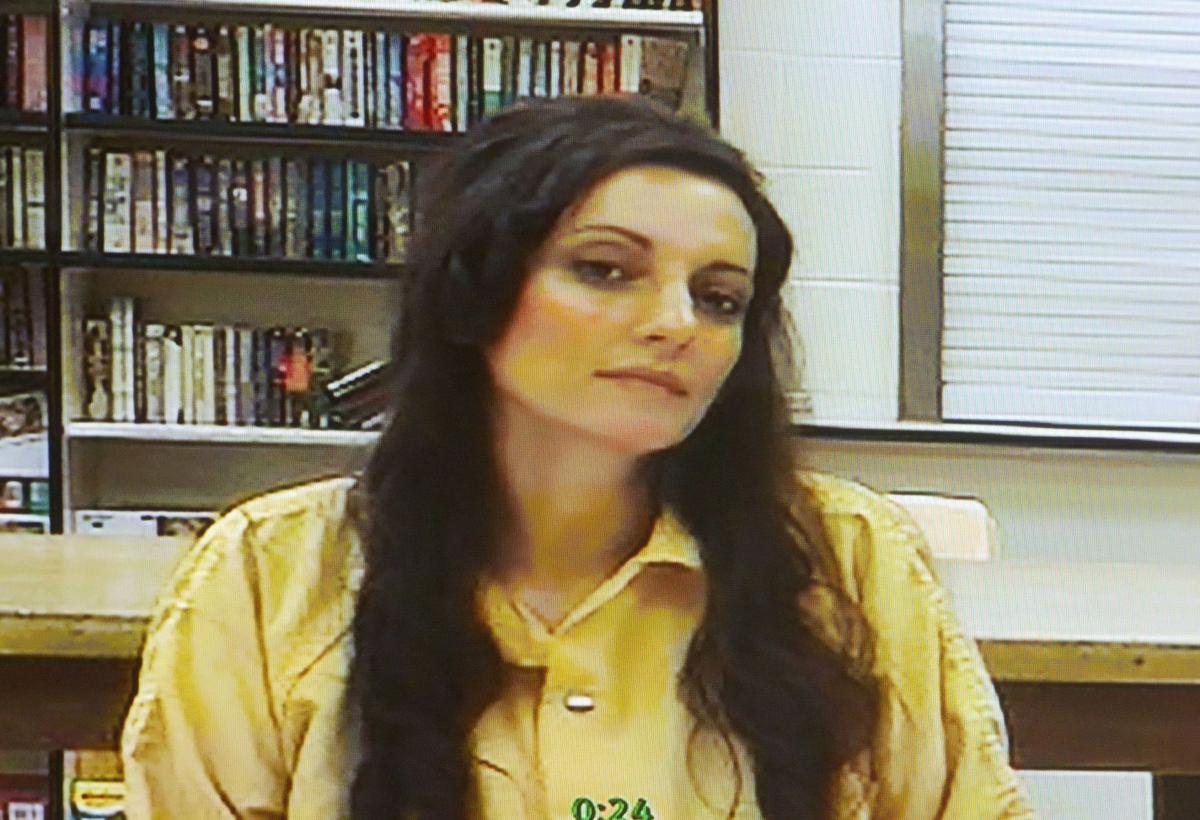 Jessica Smith, 40, is arraigned by video in the courtroom of Clatsop County Circuit Judge Cindee S. Matyas in Astoria, today. Smith, accused of killing her infant daughter before trying to slit her teenage daughter's throat, has pleaded not guilty to murder and attempted murder. 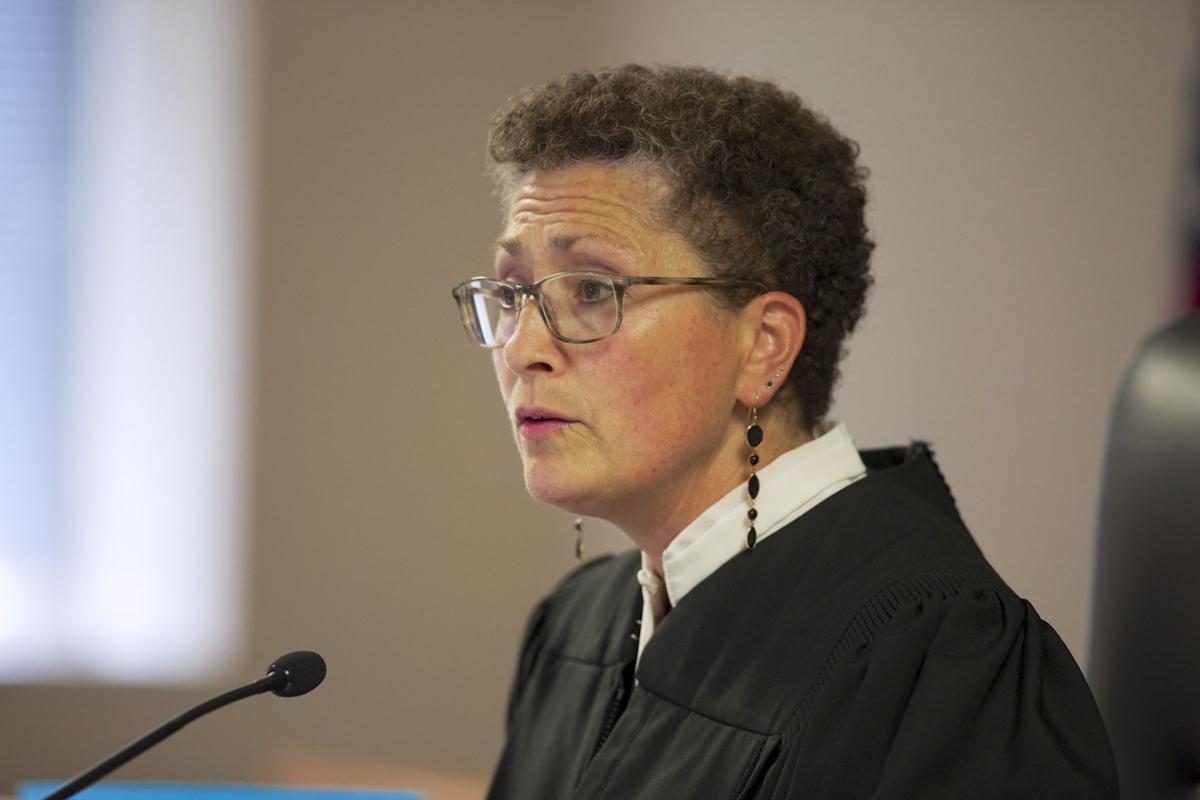 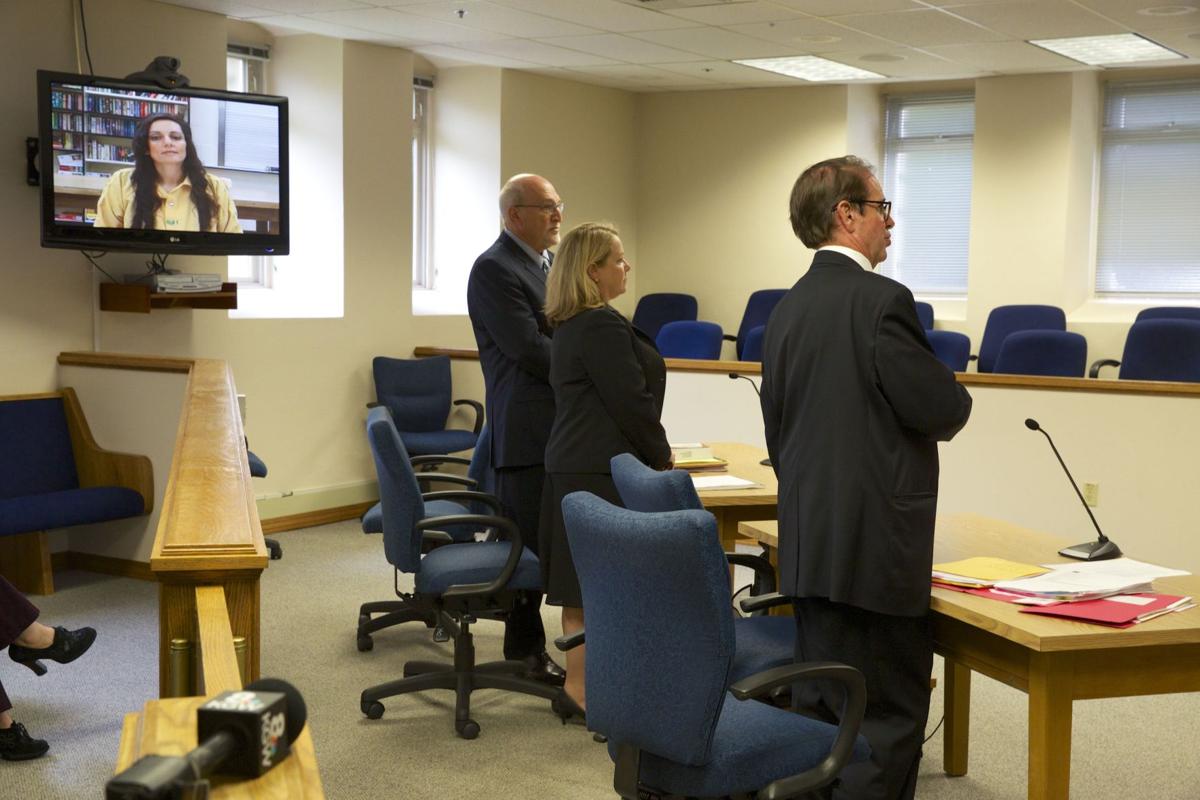 Jessica Smith, 40, is arraigned by video in the courtroom of Clatsop County Circuit Judge Cindee S. Matyas in Astoria, today. Smith, accused of killing her infant daughter before trying to slit her teenage daughter's throat, has pleaded not guilty to murder and attempted murder.

The 40-year-old Washington woman appeared in Clatsop County Circuit Court by video and at one point winked and smiled when first asked a series of procedural questions by Circuit Court Judge Cindee Matyas.

The Oregon State Medical Examiner announced Tuesday that Isabella Smith died from asphyxiation by drowning. A high level of chlorpheniramine was found in the toddler’s system, Marquis said, an ingredient common in over-the-counter antihistamine sedatives.

Jessica Smith’s next appearance will be a bail hearing set for 2 p.m. Sept. 30. Her defense attorney, William David Falls, expressed concerns about the publicity his client’s case has garnered.

“I may have to ask the court for an order, at some point in time, that limits the information that’s being distributed, if I feel like it’s going to continue, and we’re going to have problems selecting a jury,” said Falls.

“Obviously any high profile case generates publicity,” said District Attorney Josh Marquis, adding that since becoming DA there has never been a murder trial in Clatsop County that could not assemble a fair jury. “Both parties simply have to adhere to our ethical responsibilities.”

Matyas said the issue will be at the forefront for consideration moving forward.

Search warrant affidavits for Jessica Smith’s resort room were made public Monday. Alana Smith told investigators that her mother allegedly assisted her with cutting her throat and drowned her 2-year-old sister because the children did not want to live with their father, according to the court document.

Notes left by a mother accused of drowning her 2-year-old and cutting the throat of her teenage daughter recounted the attack and said the “baby didn’t suffer as she fell asleep in the water,” according to an arrest warrant affidavit unsealed Tuesday.

Clark County court documents revealed an ongoing separation and divorce between Jessica and Gregory Smith in recent months. The girls’ father sought a custody evaluation less than two weeks before they were discovered at the resort room in Cannon Beach.

Marquis also told reporters after the arraignment that Alana Smith is doing much better and is now living with a family member in Washington while still in the custody of Washington’s child protective service agency.

The case was officially designated as “complex.” a distinction that allows for longer periods to file motions and review evidence due to the sheer amount of paperwork, which includes six 300-page binders.

Falls indicated that he would need time to file motions against the indictment, if needed, and determine if he will pursue a defense based on Smith’s mental health.

When asked by reporters afterward, Marquis said that he is not willing to go into whether he will seek the death penalty, because it is too early. A jury would have to unanimously determine the alleged murder was deliberate and agree on the death penalty sentence, he said.

Alana Smith made statements using “we” when describing her mother’s alleged drowning of Isabella Smith, according to affidavits. Marquis said the 13-year-old is being considered a victim in the case and is not believed to have any role in her sister’s death.

The paternal grandparents and aunt appeared at the arraignment, but did not make a comment regarding the case. The girls’ family have received numerous offers from the public wishing to lend support. An account in the name of Alana Smith has been set up at Twinstar Credit Union, P.O. Box 718, Olympia WA, 98507, Account No. 0000431165.