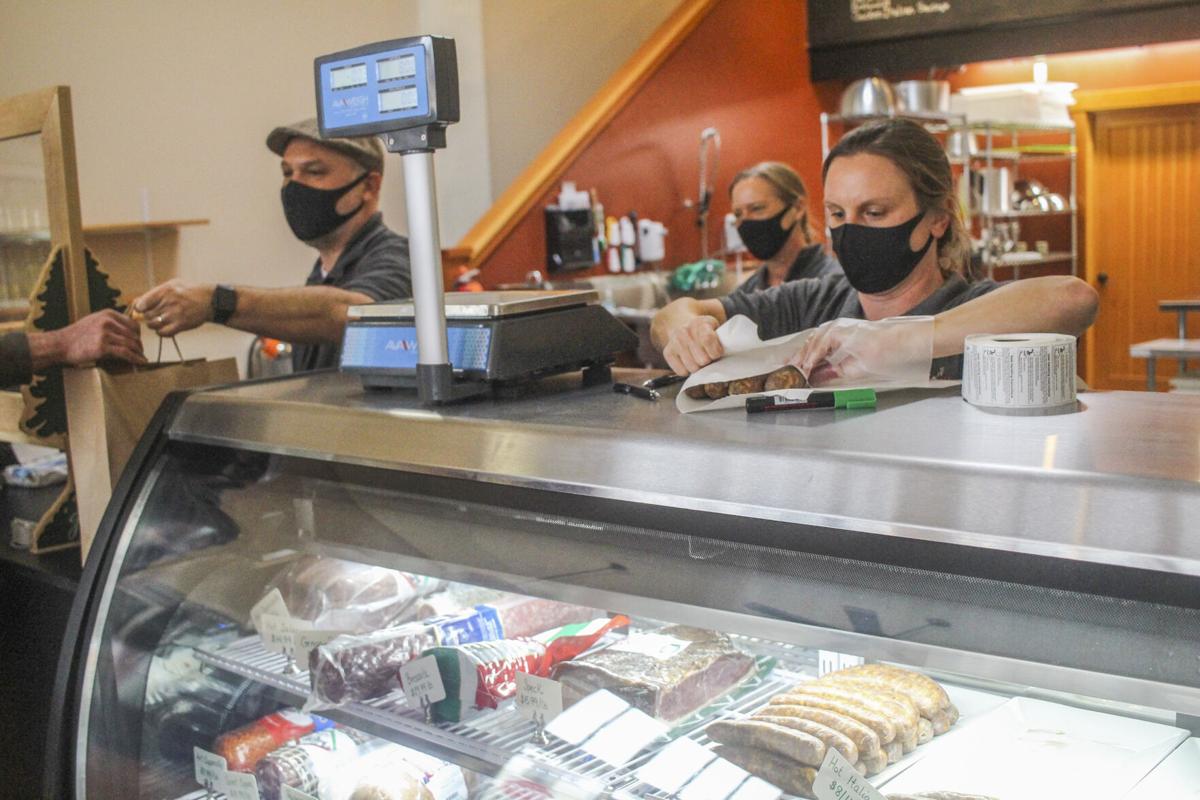 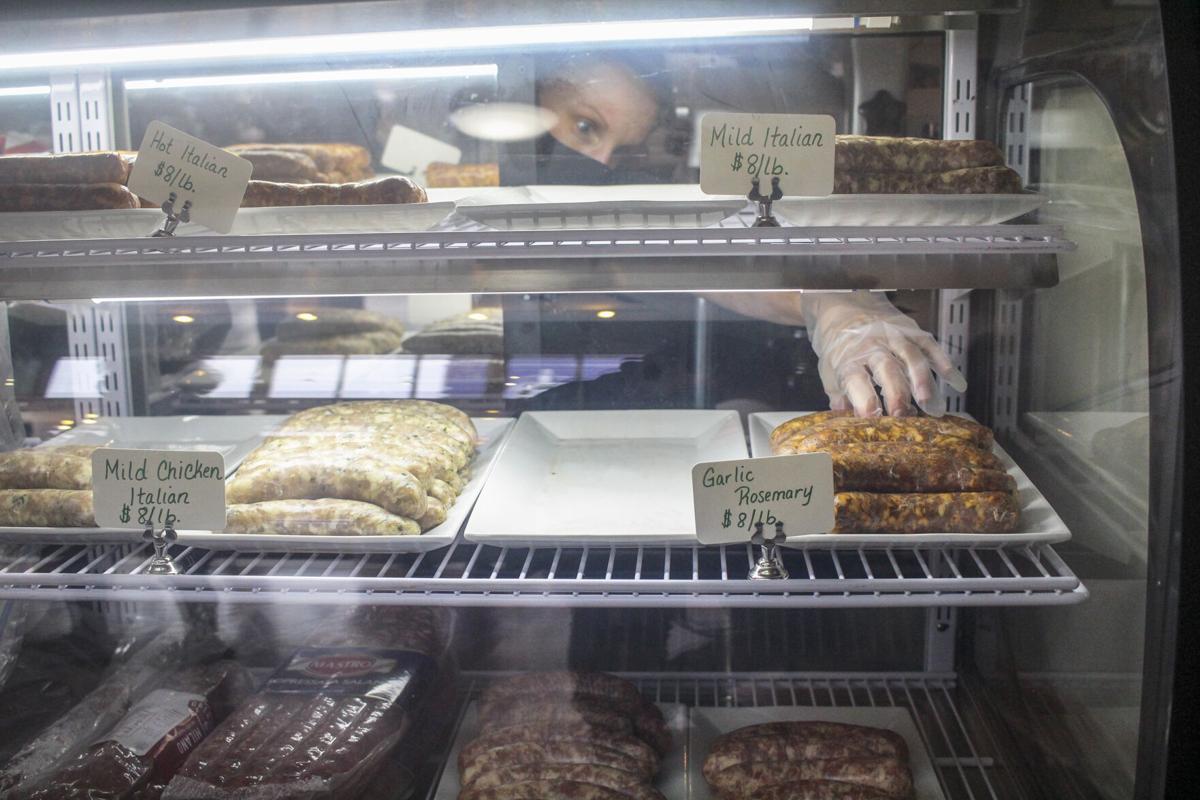 Rachel Gaetano reaches for a rosemary garlic sausage on the opening day of Gaetano’s Market & Deli in Astoria. 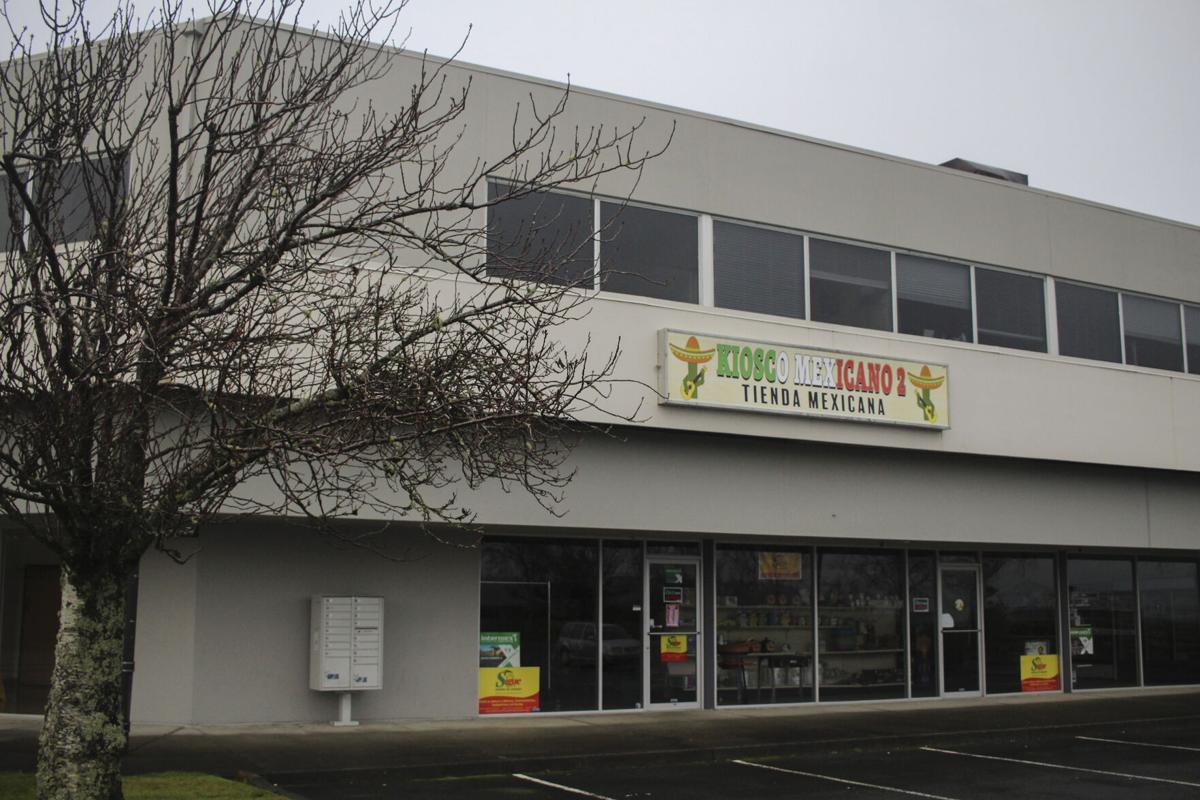 The owners of Kiosco Mexicano opened a second location at the Premarq Center in Warrenton.

Two new international-themed markets have opened on the North Coast.

Gaetano’s Market & Deli opened on Commercial Street on Sunday, selling out most of its house-made Italian sausages, pastas, sauces, salads and sandwiches.

Rachel Gaetano, her brother, Matthew Gaetano, and his wife, Julie Hoffman, all former teachers, hatched the idea for the Astoria market over the summer as a way to share their love of Italian food and their family’s background in restaurants.

People lined up Sunday outside the Allen Building for limited entry into the market. By the end of the day, customers had emptied out most of the market’s fresh-made products.

The family is learning the ropes of running a shop after 20 years spent teaching. They hand-rolled fresh pasta after an extruder broke and said they underestimated demand on opening day. Throughout the day, they took requests from customers wanting other Italian specialties, such as cannoli and pizza dough.

“We wanted to start with the basics and then add on,” Rachel Gaetano said. “Once we know we can handle this, then we’ll add more.”

Kiosco Mexicano 2 opened earlier this month inside a former Radio Shack at the Premarq Center in Warrenton.

It is the first Mexican store on the north side of Clatsop County since Tienda La Costenita on Marine Drive closed several years ago. Around that time, Juana Molina and Jose Luis Ponce started the first Kiosco Mexicano inside another former Radio Shack in Seaside.

Noe Ponce said his parents saw the demand for a new store farther north to better serve both sides of the Columbia River.