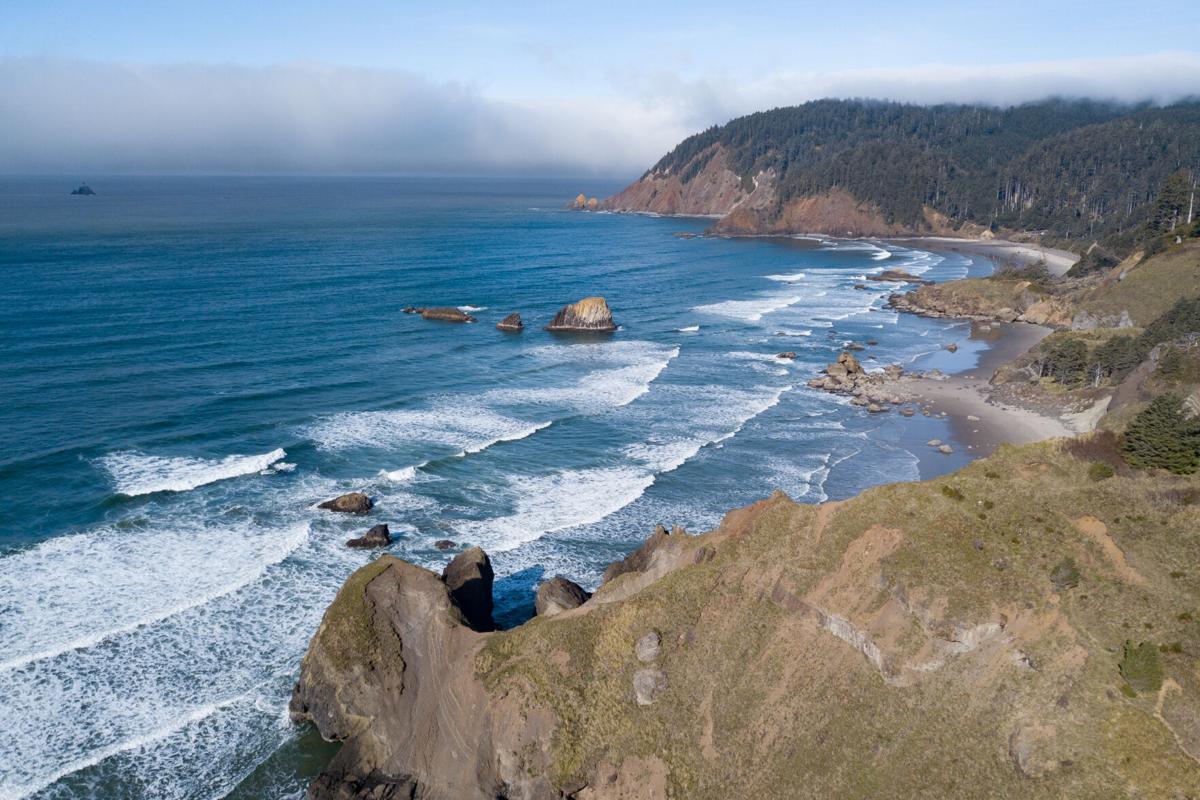 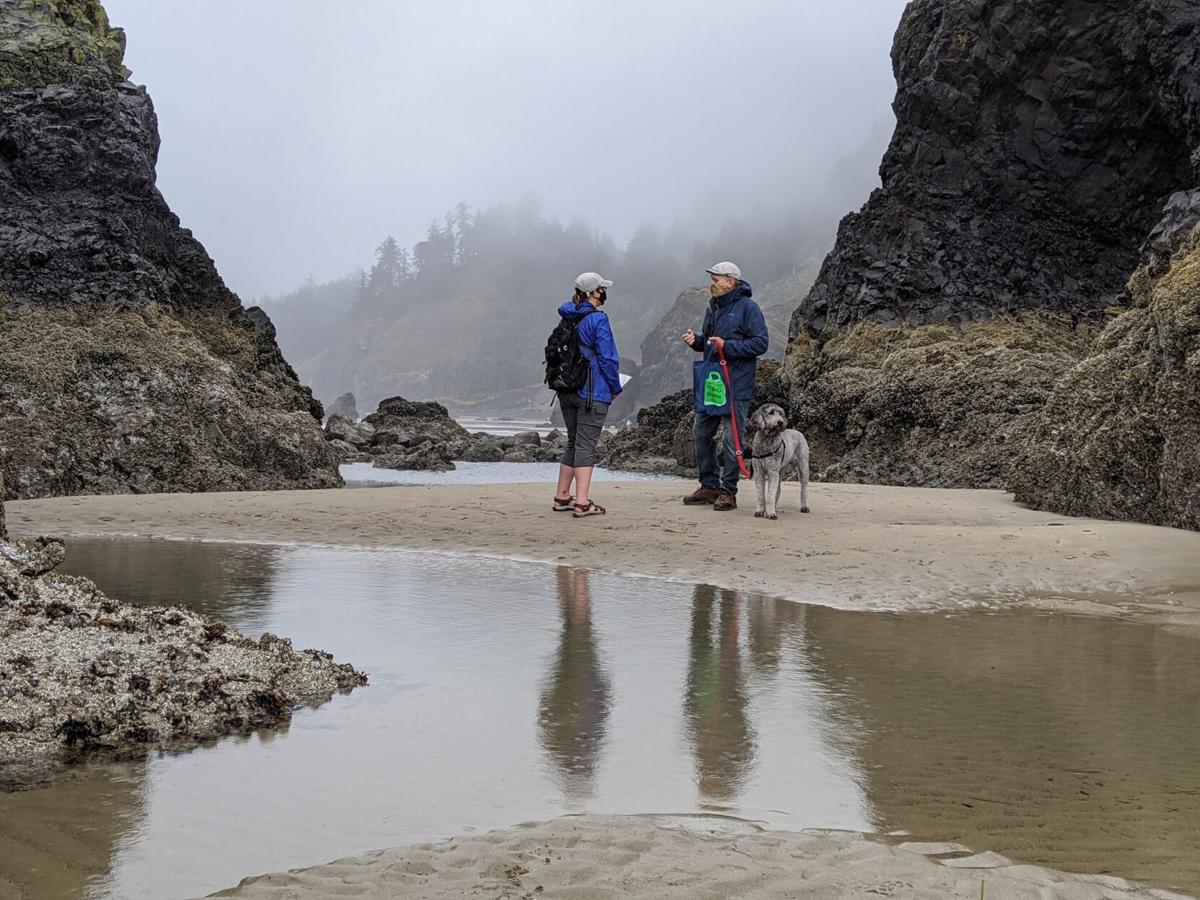 Margaret Treadwell, left, of Friends of Cape Falcon Marine Reserve and the North Coast Rocky Habitat Coalition, discusses issues at Ecola Point with a Cannon Beach resident and coalition member on a site visit in September. 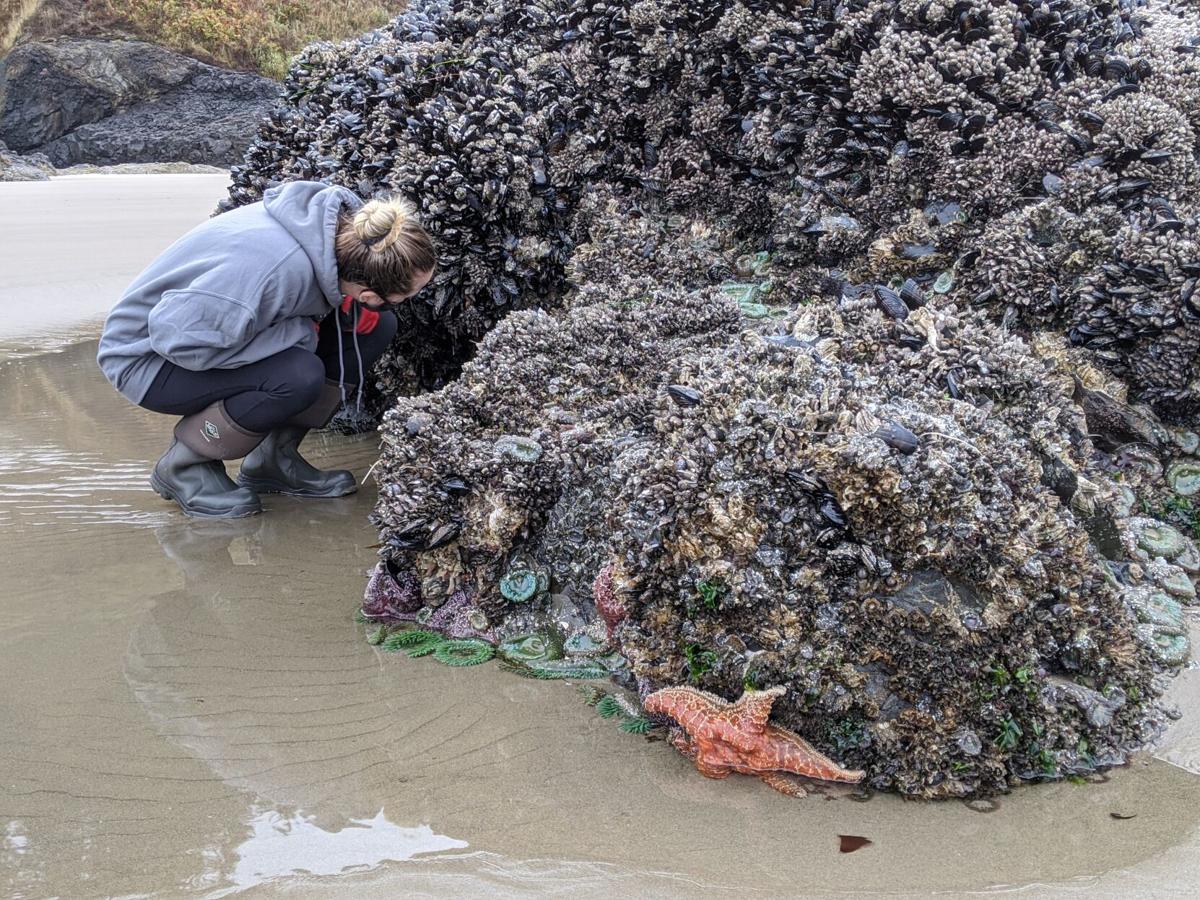 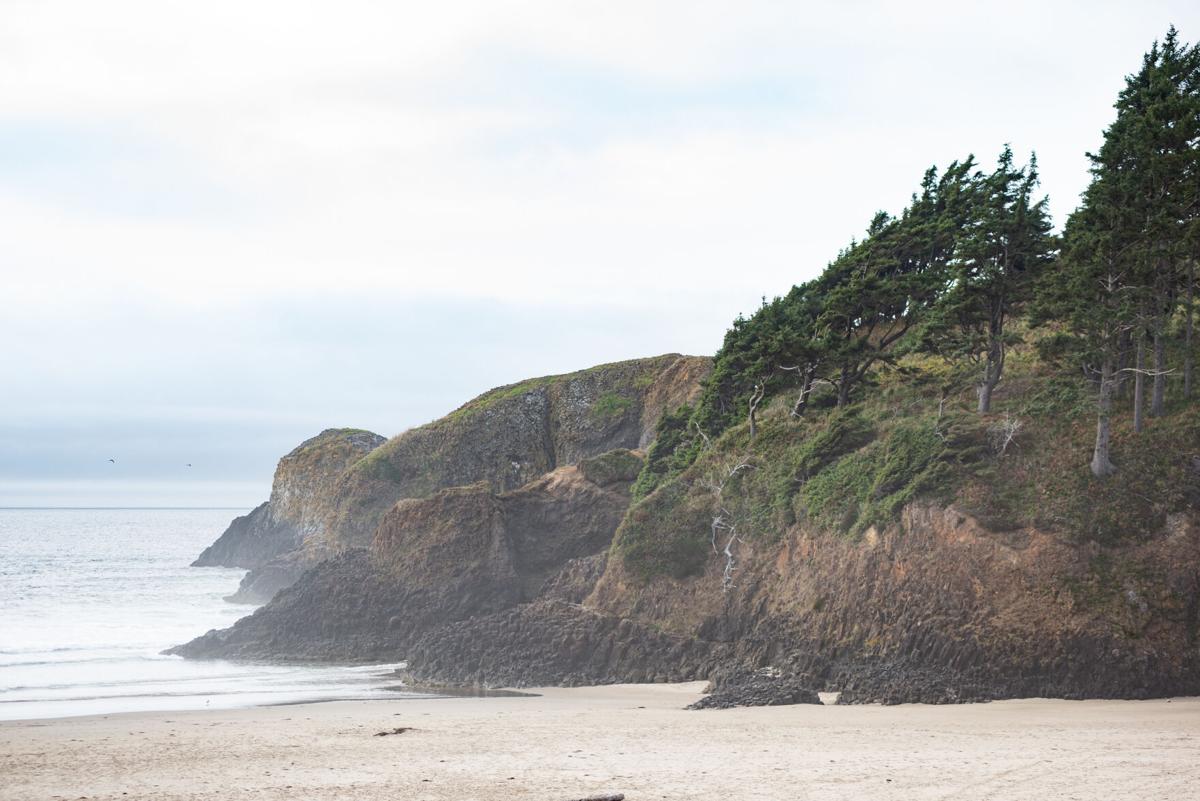 Goossen has patrolled the beach from Chapman Point north of downtown to Indian Beach in Ecola State Park as a local citizen scientist for nearly four years, observing the activities of a distinctive shorebird: the black oystercatcher.

These shorebirds sport a brilliant orange beak and are an important indicator of the health of intertidal ecosystems — the tide pools where they and their chicks forage for food and the rocky areas that become fully exposed at low tide where they roost and build their nests.

The birds’ global population is small. Like many residents of the intertidal zone, they are vulnerable to human disturbance, particularly at popular sites near Cannon Beach where low tides in the summer provide a hard-to-resist opportunity for people to wander and explore.

This year, Goossen saw some of the lowest black oystercatcher chick survival rates she’d ever recorded. She feels she is constantly asking people to stay off the rocks or keep their dogs away from nesting sites. For the most part, she said, they just don’t realize the impact they are having.

Now a local group hopes to take advantage of an update to Oregon’s Rocky Shores Management Plan to place these areas under state protections similar — though less stringent, in some cases — to those that apply at sites like Haystack Rock and Cape Falcon Marine Reserve.

This week, the North Coast Rocky Habitat Coalition presented their plans to propose new protection designations for Tillamook Head, Ecola Point and Chapman Point to the Cannon Beach City Council. They were looking for feedback and support as they prepare to submit final plans to the state in December.

Visitation to the coast continues to increase, they noted. Some areas not included under the state’s plan in 1994 are feeling the pressure more now than in the past and new protections are necessary.

These sites are important for thousands of seabirds, which are the most threatened group of birds globally, noted Joe Liebezeit, staff scientist and avian conservation manager at Portland Audubon.

The designations could also provide some additional help to the Oregon Parks and Recreation Department, whose budget took a major hit because of the coronavirus pandemic. Though the designations do not necessarily come with resources for enforcement or education, they open the doors for community groups that rally around the sites to apply for other types of funding.

The rocky shores coalition, led by Margaret Treadwell, the coordinator for the Friends of Cape Falcon Marine Reserve, is still refining proposals for the three Clatsop County sites and plans to hold several public virtual meetings to collect community input.

They’re striving for a balance, she told the city councilors: Something poised between allowing people to enjoy the area while still protecting the creatures that call it home.

The coalition believes a marine conservation designation, which comes with the highest level of protections and restrictions, would make sense for Tillamook Head. This dominant landmark at the south end of Seaside and an entry way into Ecola State Park was considered for designation under the rocky shore plan in the ‘90s.

Though a hiking trail leads up and over Tillamook Head, much of the area is inaccessible, punctuated by steep cliffs and crashing waves below. The headland provides refuge to over a thousand birds and houses nine sea bird colony sites.

Chapman Point, a headland that marks part of the northern boundary of Cannon Beach and the beginning of Ecola State Park, features rocky islands populated by nesting seabirds and shorebirds to the west and beachfront properties rising out of the dunes to the east.

In the middle is a nub of protected land, the very tip of the headland that people are not supposed to hike, climb and clamber on but which, to many summer visitors, presents an irresistible opportunity to do exactly all of those things.

Because of the point’s easy accessibility and proximity to Haystack Rock — you can see the iconic rock distantly to the south — the rocky shores group is expecting to ask for a marine education designation. The designation, also known as a marine garden, could come with harvest restrictions.

There are already a number of locals who live at the north end of Cannon Beach and who are concerned by the level of human activity they witness in these fragile areas, Treadwell said. Many of them also walk the beach at low tide.

“It’d be great to build on that concern and activity to make a more formal and probably mostly volunteer group to do education out there,” she said. She envisions a “lightweight” version of the education and outreach that already occurs at Haystack Rock.

“Part of the magic at Haystack Rock is you’re both letting people know what impacts they can have and preventing that while giving them opportunities to learn,” she said.

Volunteers and employees with the Haystack Rock Awareness Program routinely set up scopes when puffins return to begin seasonal nesting at the rocks.

“They can see the birds they’re being asked not to get too close to,” Treadwell said.

Kelli Ennis, the director of the Haystack Rock Awareness Program, said she expects her organization to be a partner to any community group that forms around Chapman Point, providing training, outreach and other types of support.

The point can be a ghostly place — a feeling punctuated by the drawling, lonesome cries of gulls or the frantic piping calls of black oystercatchers raising an alarm.

A perpetual mist seems to wrap around the rocks. White harbor seals sometimes lounge on the outer rocks like strange, pale mermaids. A beachcomber squinting from the shore may find them already staring back, well aware of a human presence, wary and watchful.

For the first time in several years, those same rocks are also dotted with specks of purple and orange — sea stars making a comeback after a mysterious wasting disease decimated their populations on the West Coast.

While many people have already shown their support for the group’s proposals, some wonder if formal protections will simply shine an unwanted spotlight on areas, putting them on a new kind of map and increasing the number of visitors seeking them out.

It is something the weighs on Treadwell’s mind.

“A lot of people I bring that up to say, ‘Look, people are going to come anyway and it’s better to get ahead of it and protect places than worry that you’re bringing attention to them,’” she said. Also, she added, they’re already here.

On an early morning tour the group took of Ecola Point and Chapman Point in September, a low tide revealed wide stretches of tide pools. Despite the early hour, they saw visitors and locals alike pick their way among the rocks. People wandered next to the cliffs of Chapman Point and leaned in to investigate anemones. They tossed balls and sticks to their dogs.