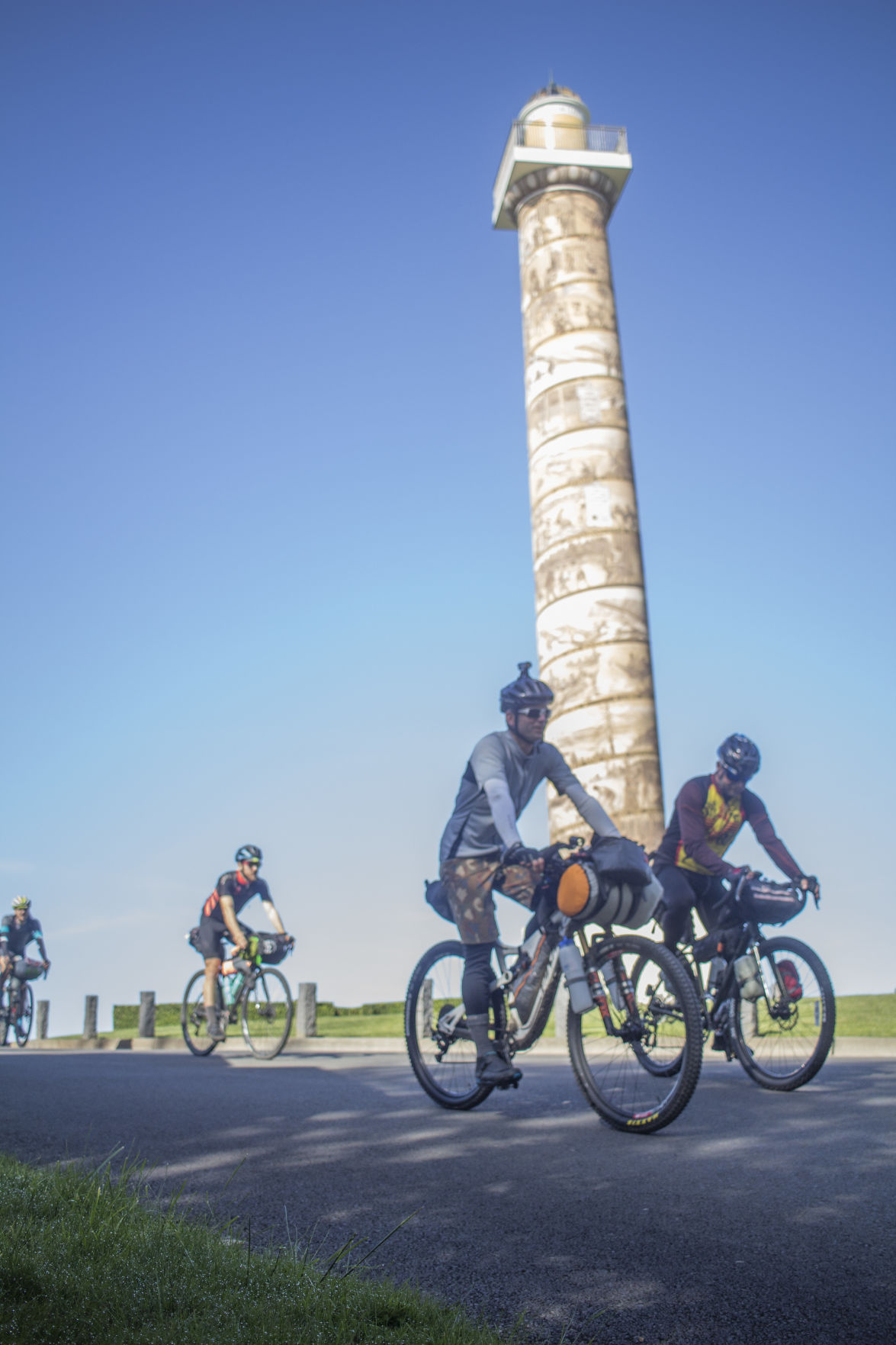 Riders in the Oregon Emerald Outback started at the Astoria Column on Saturday morning and will ride 570 miles through the Oregon Coast Range to Brookings. 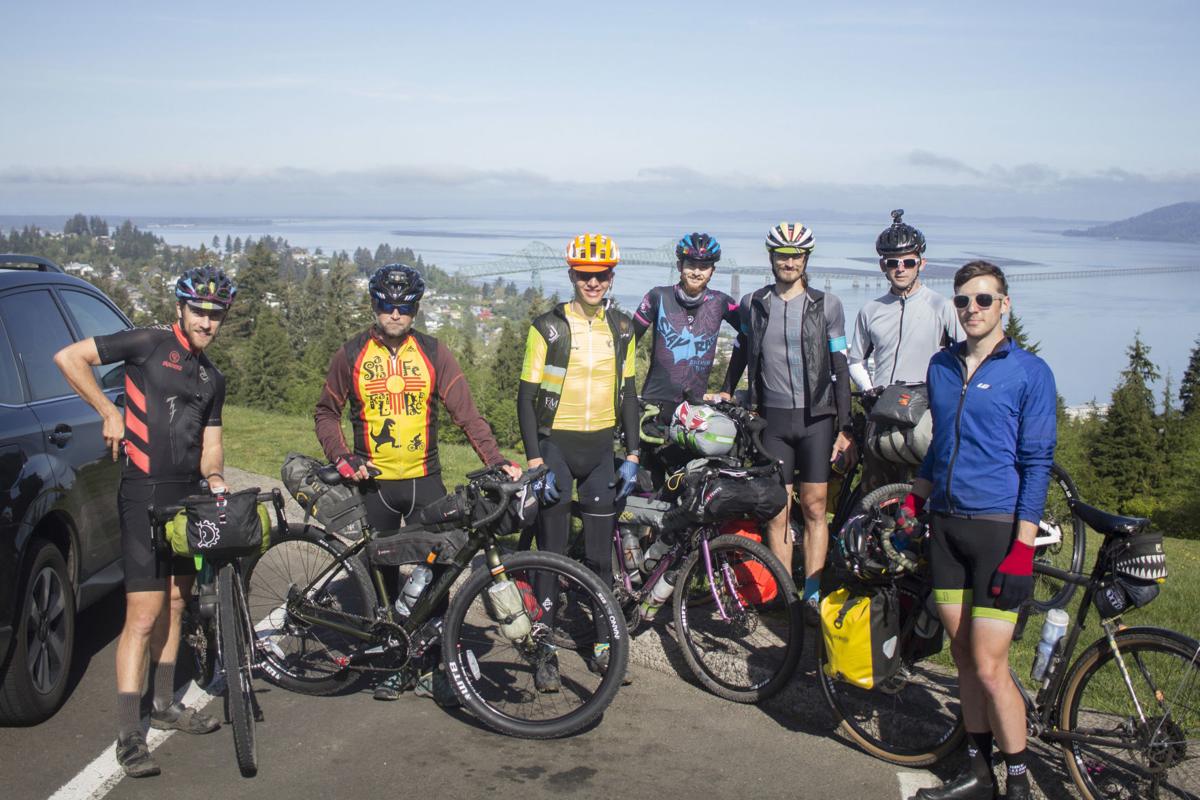 Seven riders on Saturday kicked off the inaugural Oregon Emerald Outback, a bicycle race down logging and forest roads from Astoria to Brookings.

Starting at the Astoria Column, they are riding 570 miles to Harris Beach State Park in Brookings.

The Emerald Outback is part of what’s known as bikepacking, a style of bicycle touring on dirt and gravel roads in remote locales.

Ben Colwill, who splits his years panning for gold in Arizona and building tiny homes in The Dalles, races in other bikepacking events, including an 1,100-mile retracing of the historic Santa Fe Trail from New Mexico to Franklin, Missouri.

The appeal of bikepacking for Colwill is “the adventure, not going to work, spending the week on your bike cruising around the forest,” he said. “It is pretty enjoyable to be out there.”

He routed the Emerald Outback online, connecting disparate forest and logging roads with the occasional trail. The route climbs a cumulative 53,000 feet, with road grades reaching more than 17% in some places.

“This course is not going to allow riders to ride through all day,” Colwill said. “The terrain makes it too much of a physical challenge.”

By Monday morning, Colwill was in the mountains east of Tillamook, more than 110 miles into the course. A five-man peloton of riders, including Zac Conklin from Santa Fe, New Mexico, were 140 miles into the trek, east of Pacific City.

“It’s less of a race, more of a week out in the woods,” Conklin said of the experience.

For the seventh rider, Dan Thrush, a marine engineer from Seattle who also runs ultramarathons, the Emerald Outback is training for a ride this summer down the Great Divide Route, the world’s longest off-pavement cycling route.

Thrush consumes 6,000 calories a day while riding, and stops mostly for sleep. His front wheel includes a generator to power his lights and GPS. He is the clear favorite to win, already more than 200 miles into the course.

“I’m really riding more on time than on speed,” Thrush said. “I’m just trying to, for multiple days, keep going for 14 to 16 hours a day.”

The riders carry all their camping and mechanical gear, along with two to three days worth of food. They filter water from streams and stop wherever they can to restock on food.

“I won’t be cooking at all,” Colwill said. “Everything will pretty much be processed food, sub sandwiches, whatever the gas stations can supply.”

He’d like the Emerald Outback to be an expanded, annual race, similar to the Steens Mazama, a 1,000-mile bikepacking event from Portland to the fault-block mountain in southeast Oregon.

• More online: Follow the racers on the Oregon Emerald Outback at trackleaders.com