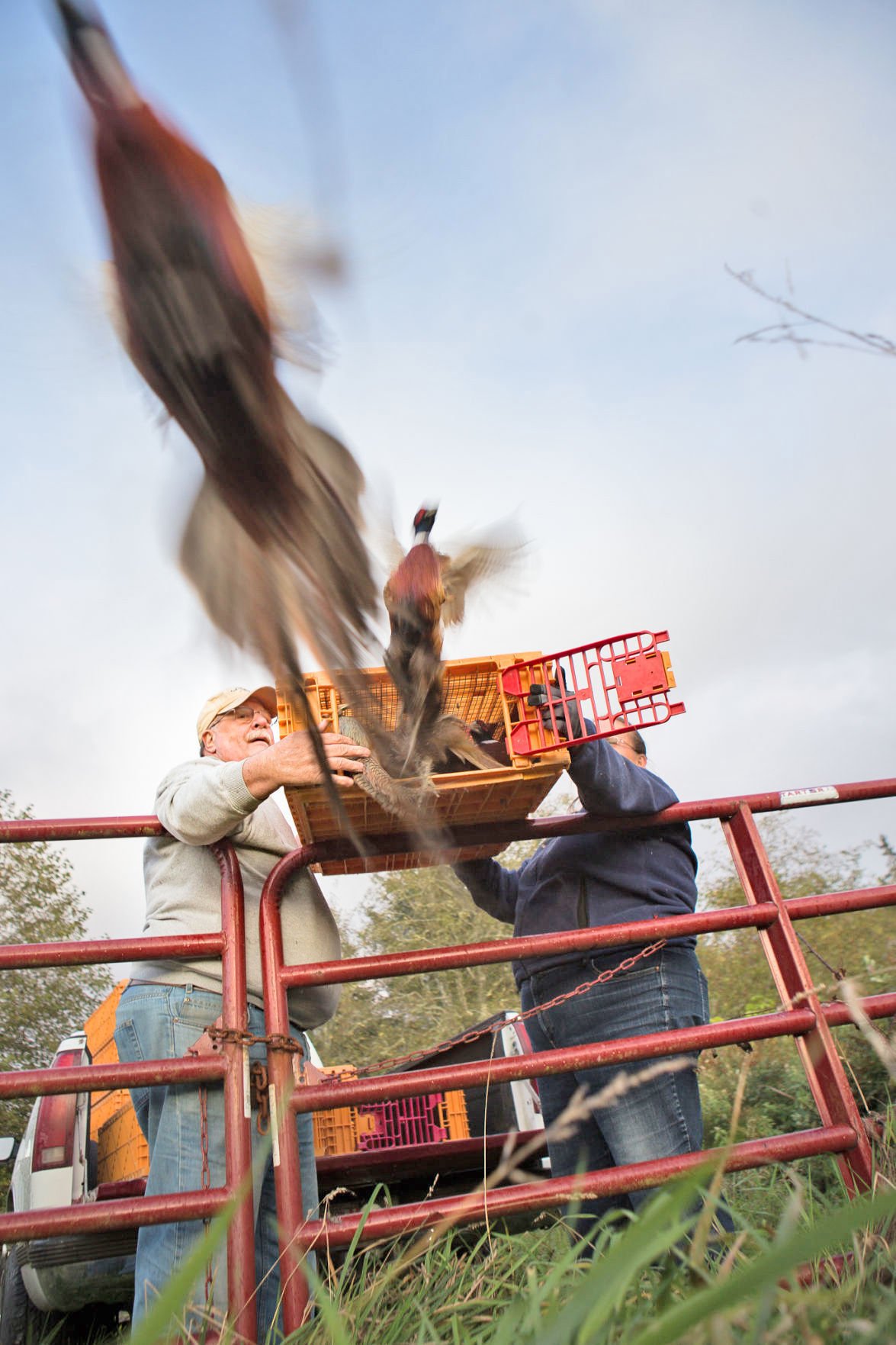 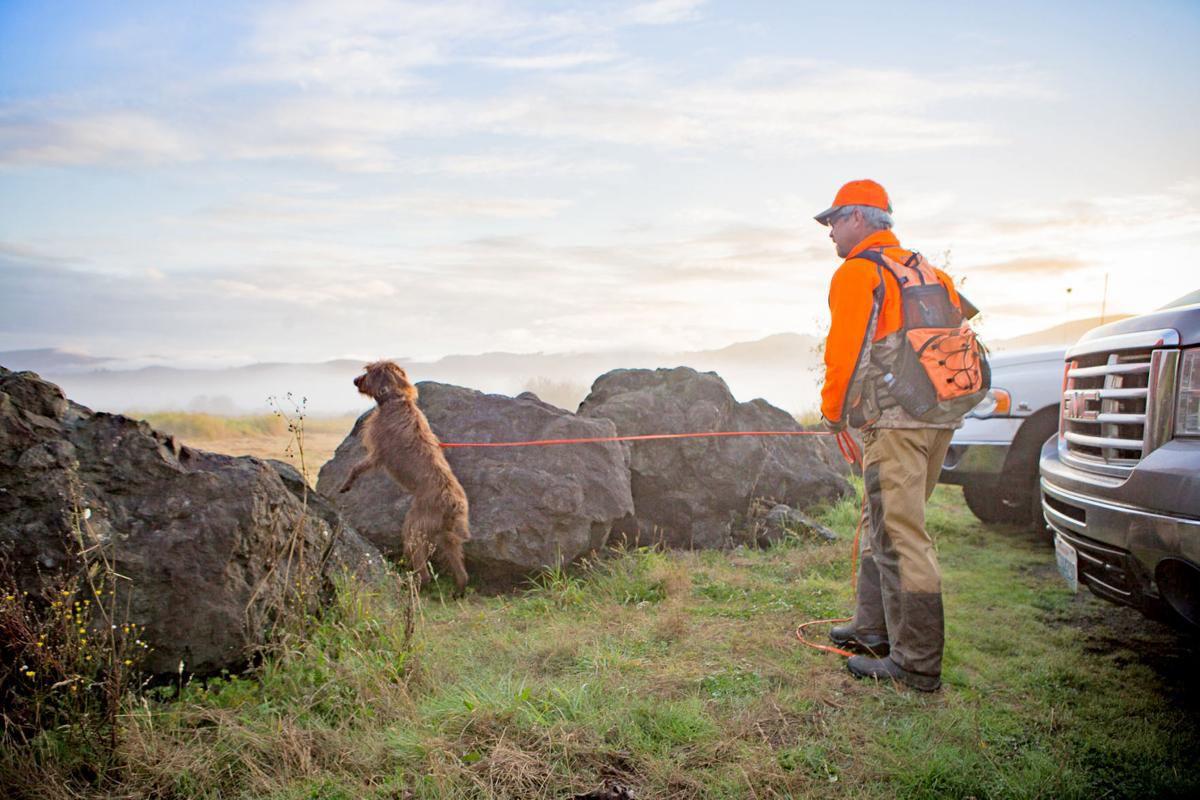 Ted Jones, of Olympia, prepares to hunt pheasant with his dog, 'Ripley.'

Ted Jones, of Olympia, prepares to hunt pheasant with his dog, 'Ripley.'

CHINOOK, Wash. — The fall hunting season has started for a colorful game bird from China that tastes like chicken.

Pheasant season officially began with a bang in late September, but the hunt is primed to continue through November with birds stocked weekly at state-owned game land in Chinook.

As the main salmon season winds down and clammers eagerly await the next dig, another fall ritual is unfolding in the fields near Chinook.

Each year, 35,000 to 40,000 pheasants are released as part of the Western Washington Pheasant Release Program across about 25 sites, including a state-owned 1,000-acre property in Chinook, part of the Johns River Wildlife Area.

The purpose of the pheasant program is to provide upland bird hunting opportunities. Naturally sustained pheasant populations are limited in western Washington due to cool, wet climate and lack of grain farming, according to the Washington Department of Fish and Wildlife.

Each Friday from September through November, Steve and Tina Padel release birds at designated spots at the Chinook site. The Padels have participated in the program the past two years, typically releasing about 120 birds weekly.

The pheasants come from the Bob Oke Game Farm in Centralia, where 43,000 birds are raised annually on 160 acres. The farm is the main source for birds released in western Washington.

The pheasant program is essentially paid for by pheasant hunters, like James Joyce, 75, of Seaview, who has hunted pheasants for decades.

“It’s $85 for their (birds) rearing, which is a fair deal,” Joyce said following a morning hunt on Saturday. “If they didn’t do it, we wouldn’t have this. I look forward to it every year. And they’re very good eating, like chicken.”

Many of the pheasants live beyond the end of hunting season and have naturalized in the Chinook Valley to some extent. They face stiff predation by coyotes and other species, but the spectacular birds can often be spotted from local roads, casually walking along like hitchhikers in fancy pajamas.

The Chinook area faces less hunting pressure compared to other pheasant sites in the state.

By comparison, the Vancouver area has about 500 licenses, he said.

A small game license is not required to participate, but a western Washington pheasant license is, costing $84.50 for adults and $40.50 for youth under age 16. The bag limit is two pheasants of either sex per day. A three-day adult permit is offered for $40.50.