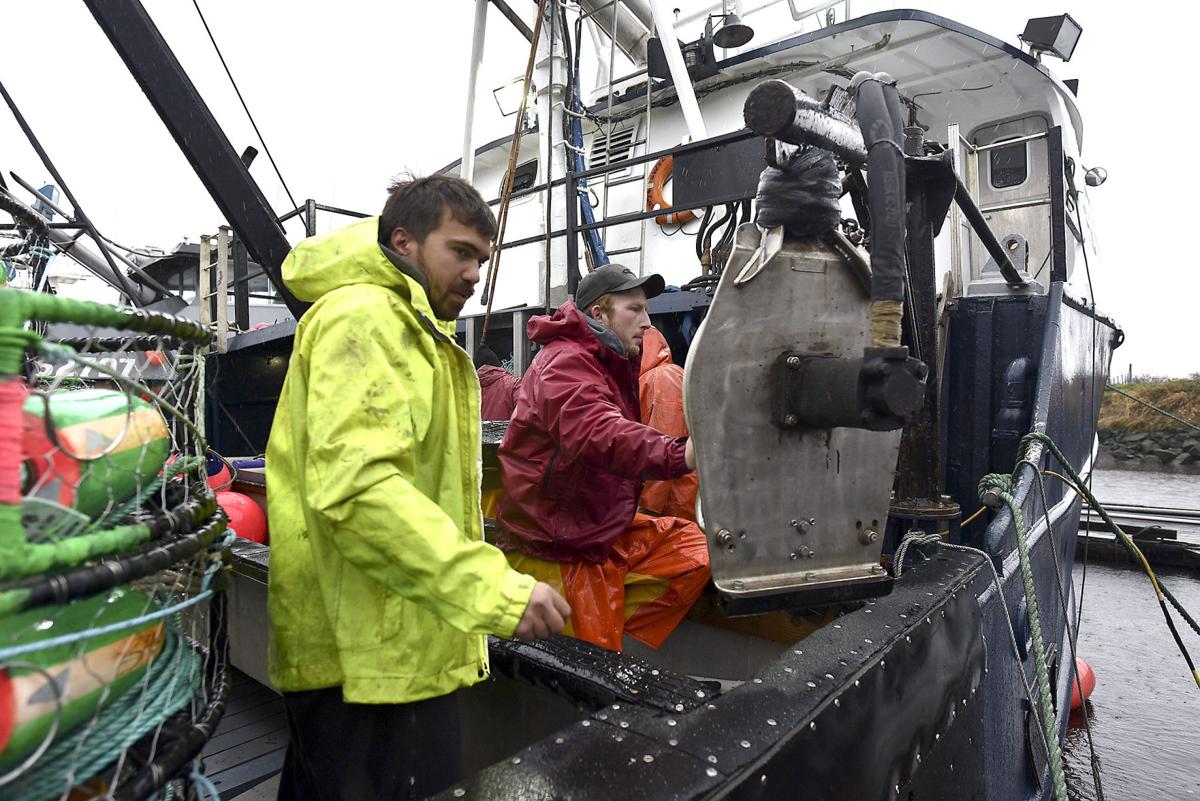 Justin Wilson and Flynn Shaw prepare the fishing vessel Swell Rider at the Warrenton Marina ahead of the start of crab season. 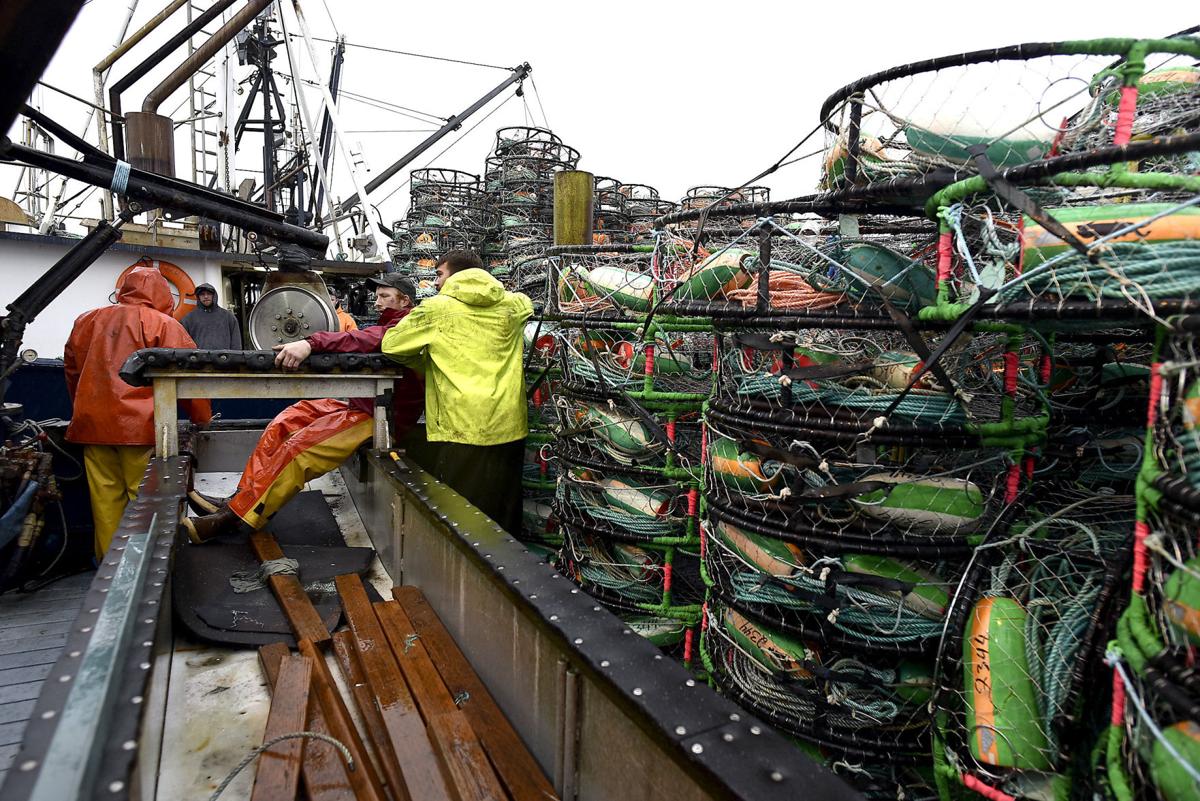 Fishermen wait for word about the start of crab season at the Warrenton Marina. 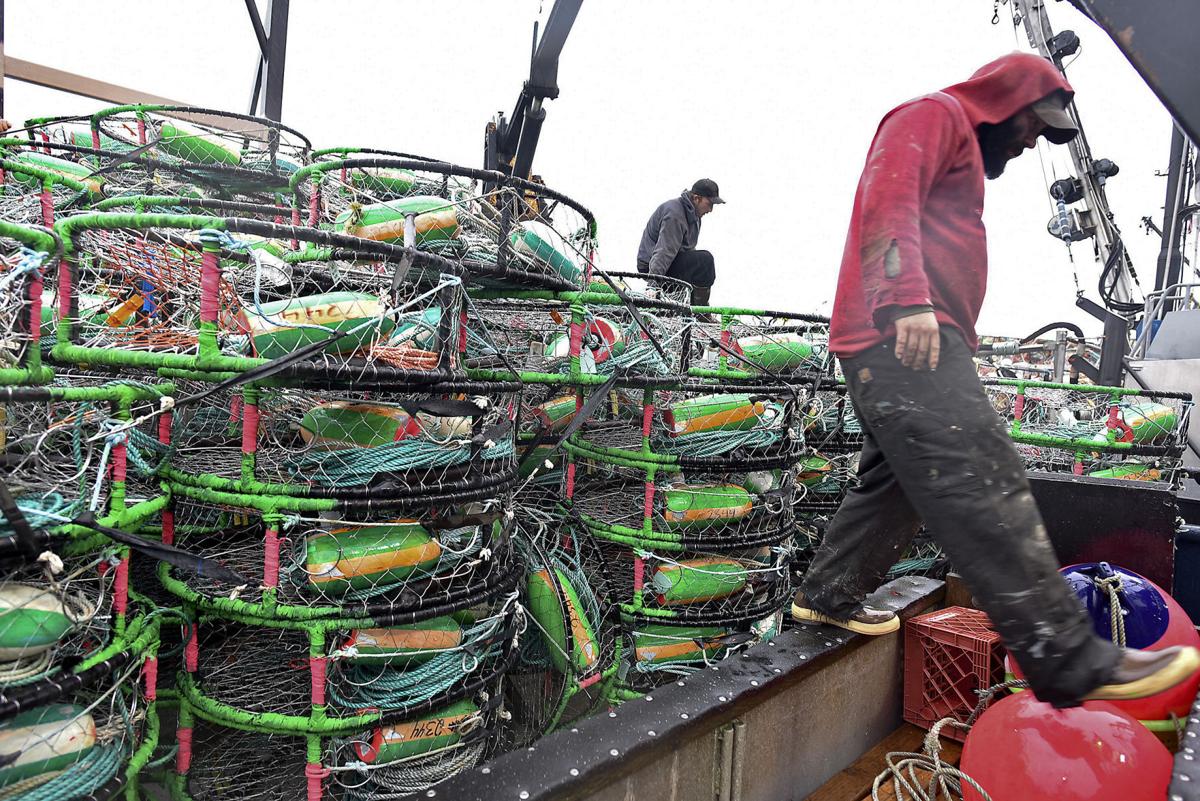 Nate Kelly, right, and Flynn Shaw, in the background, work on the crab fishing vessel Swell Rider last week while waiting to hear about the start of the season. 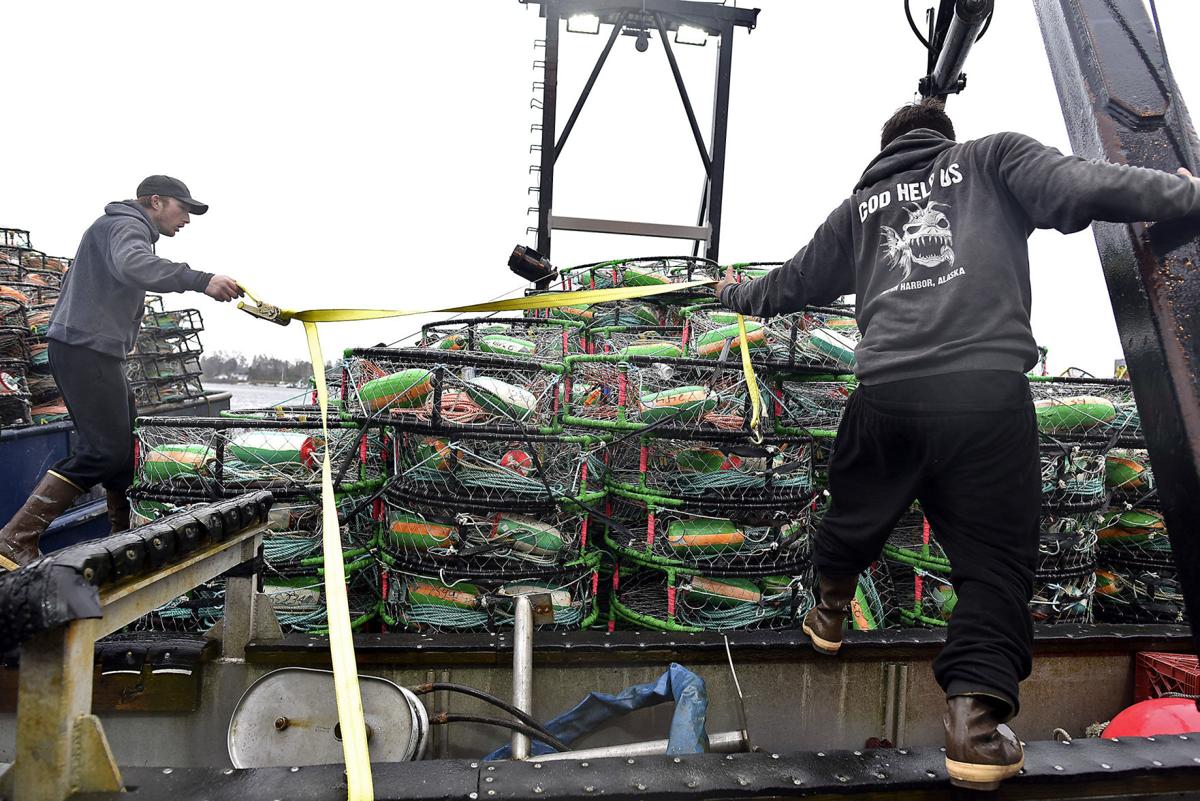 Flynn Shaw and Justin Wilson secure crab pots on the Swell Rider in preparation for the start of crab season.

Justin Wilson and Flynn Shaw prepare the fishing vessel Swell Rider at the Warrenton Marina ahead of the start of crab season.

Fishermen wait for word about the start of crab season at the Warrenton Marina.

Nate Kelly, right, and Flynn Shaw, in the background, work on the crab fishing vessel Swell Rider last week while waiting to hear about the start of the season.

Flynn Shaw and Justin Wilson secure crab pots on the Swell Rider in preparation for the start of crab season.

Crab boats loaded with pots sat at the docks all weekend while fishermen and processors remained in a gridlock over prices.

The commercial Dungeness crab season was set to open Monday in most of Oregon and Washington state, but price negotiations and ocean conditions are keeping boats at home. The fishery is off to one of the latest starts that fishery managers can remember in over a decade.

The season traditionally opens Dec. 1, but was pushed back because crabs did not have shells full of meat.

At one point major processors had offered crabbers $2.30 a pound — not nearly enough to convince them to go out, local crabbers said. The price inched up during the state-sponsored negotiation period in Oregon, but by the time those negotiations ended the processors’ price still remained under last season’s average starting price of $2.89 per pound.

Processors had extended an offer to Coos Bay and Newport crabbers for around $2.75 per pound since crab meat there had already hit the required limit, but argued that crab off Astoria still had not filled out to the required 23 percent meat recovery. The last test in the area had the crab at 22.8 percent, according to John Corbin, chairman of the Oregon Dungeness Crab Commission. A local boat went out over the weekend to catch more crab for another meat test which revealed they are now at 24.6 percent meat recovery.

Corbin and others planned to go back to the processors Monday afternoon to try to negotiate a price for the whole area. However, fishery managers and crabbers said that with rough ocean conditions expected to follow a warm and sunny weekend, few boats would likely venture out even if they did settle on a price. Bar crossing restrictions were in place Saturday and Sunday on the Columbia River.

If price negotiations had gone differently from the start, fishermen could have set gear out over the weekend and started pulling it Monday, Corbin said. Sea swell and wind are expected to pick up later Monday, settle a bit on Tuesday and then roar back up again on Wednesday.

“Now it creates a different set of challenges,” he said.

The late start has been a blow to the local economy. Crews who spent months preparing pots and loading boats have yet to be paid and restaurants hoping to offer locally caught crab are still waiting. Fish processors are on standby. Fishermen who switch over to fish halibut or cod in Alaska are looking at a smaller and smaller window of opportunity to make some money crabbing.

In Washington’s Pacific County, fuel sales during the commercial crab season and the Buoy 10 summer sport fishing season make up the bulk of the tiny Port of Chinook’s revenue.

“Even if it starts late, crabbing never really goes past March or April,” said John Demase, marina manager. “So that’s a month and a half of fuel sales lost that we will not recover.”

Last season, crabbers landed 18.4 million pounds in Oregon by March and the season opened on Jan. 1 coastwide in Oregon and Washington. The season before opened on Jan. 4, though southern Oregon and California experienced varying opening times. Previous openings back through the 2010-2011 season all opened in December north of the Oregon-California border.

High levels of the marine toxin domoic acid have disrupted past seasons, delaying openers or even shutting down the fishery midseason. This season, elevated levels of the toxin will keep the coastline from Cape Blanco north of Port Orford to the Oregon-California border closed for at least the next two weeks. Fishery managers plan to conduct additional sampling in that area.