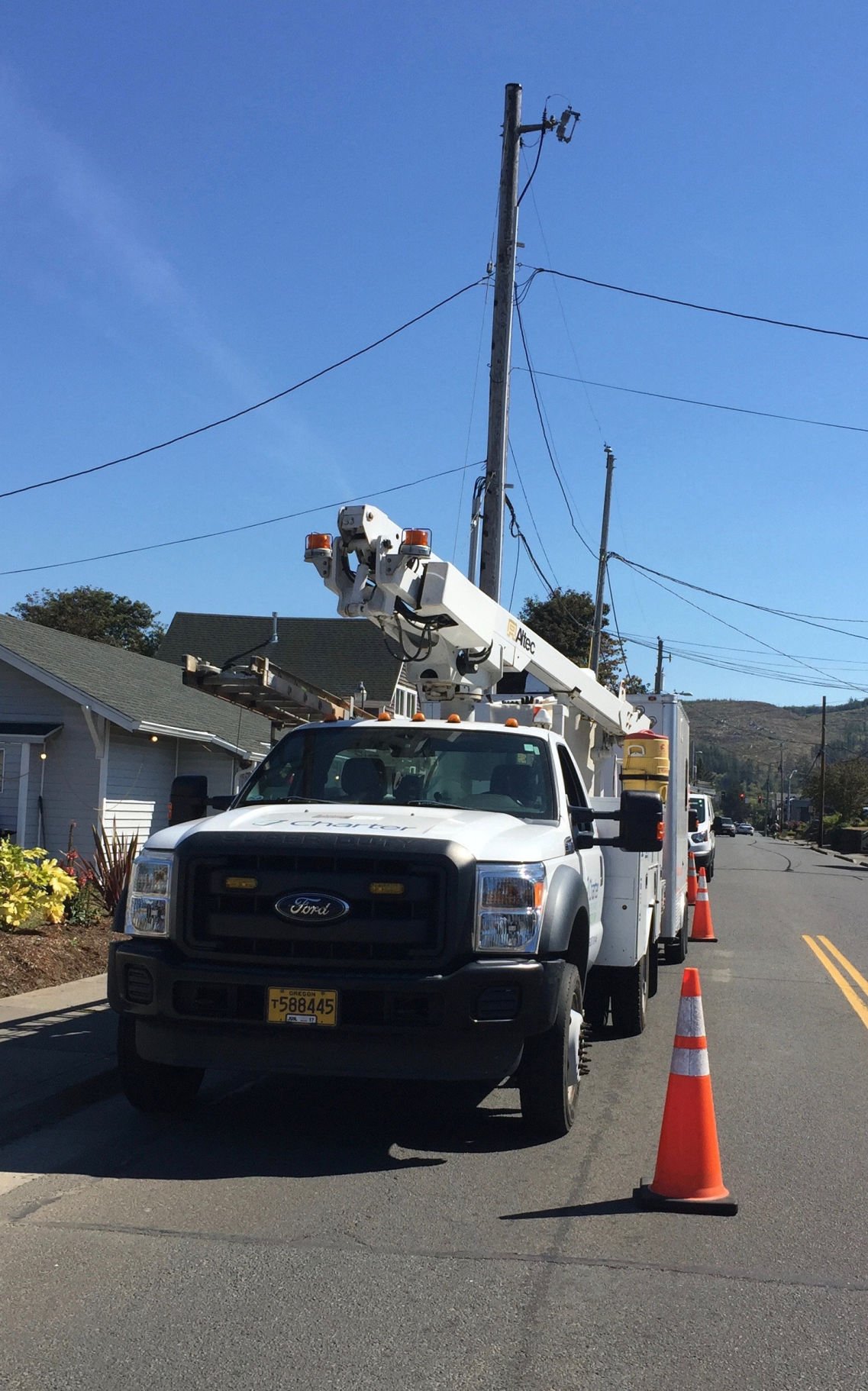 Charter Cable trucks could be found along Holladay Drive Thursday. 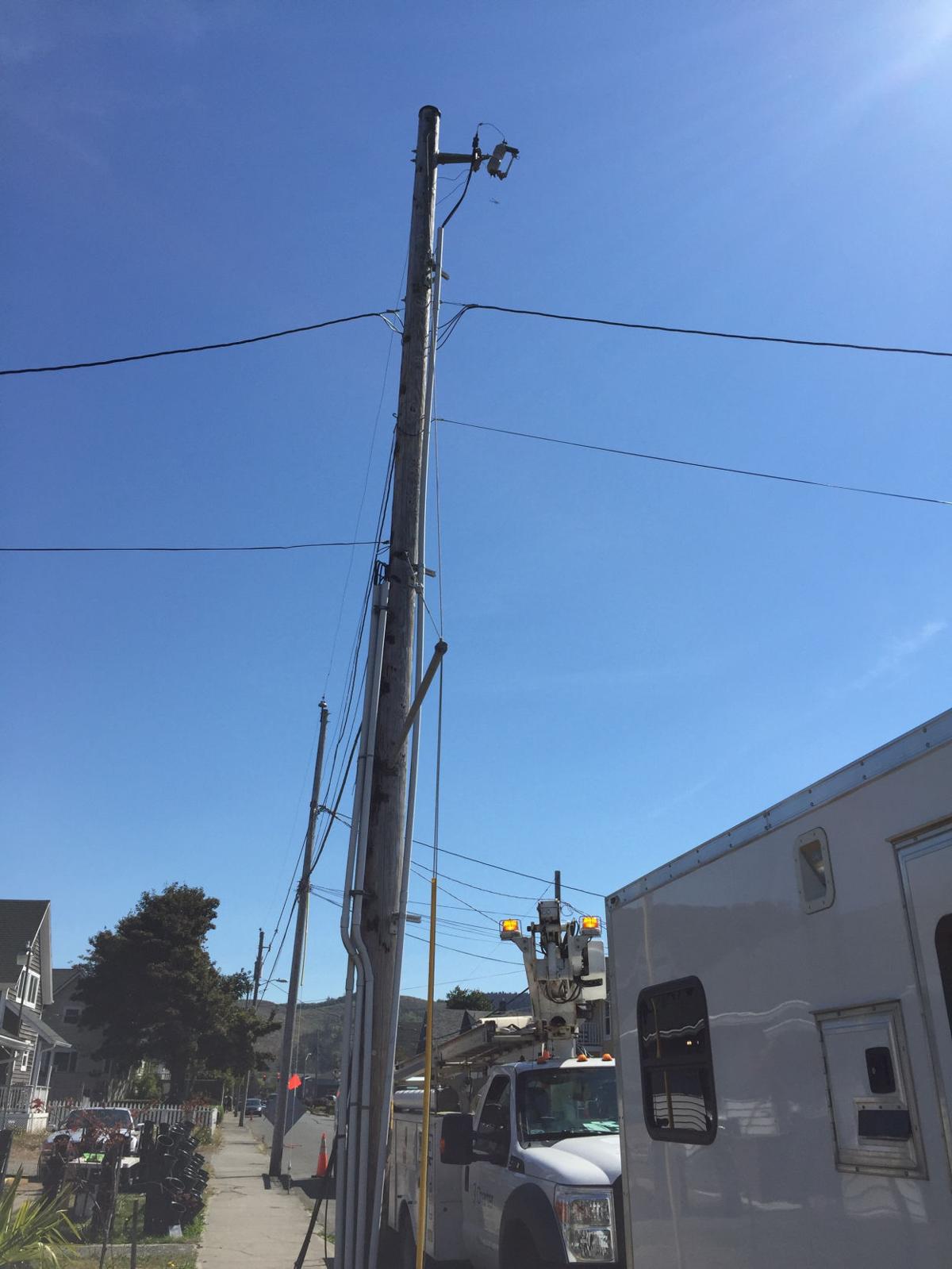 Cable must be removed from wires before poles can be taken down.

Charter Cable trucks could be found along Holladay Drive Thursday.

Cable must be removed from wires before poles can be taken down.

At least until a greasy wheel got some action from the cable company, which services Seaside homes near North Holladay Drive.

For the city of Seaside, the Holladay Drive renovation and repair is complete but for one key player. As Public Works officials and subcontractors seek to complete removal of overhead wires and poles to move to the next step, Charter Cable has yet to disconnect cable from homes and remove wires from poles.

“They had their fiber optic trucks out there today,” he said this morning. “They’ve had people out there each day during the work week, but I really can’t tell you if there’s an uptick of activity.”

Workmen replaced existing sewer, water and force mains before reconnecting water and sewer services. Plans called for the installation of underground vaults and conduits for conversion of the existing overhead utilities — including electrical, telephone and cable — to underground utilities.

The cable is the last utility to be removed before poles are taken out and landscaping and sidewalks can be completed.

“They should be done by now,” Liljenwall said. “By the end of July, they should have started and they should have been done by the third week in August. We have great weather right now, but as everyone knows the weather could change in September and October. Asphalt plants might not be open in October when we’re done.”

Repeated calls from the city up the corporate ladder failed to yield results, Liljenwall said. He said he was passed from the company office in Astoria to another branch in Kennewick, Washington. “I don’t even have a firm date,” he said. “We’ve been really having to struggle to get them to respond.”

After that conversation, The Daily Astorian reached out to Charter Cable.

They referred the newspaper to a regional communications office in San Diego for comment.

By midmorning, about a dozen cable workers could be seen up and down North Holladay Drive.

“We have been in contact with the city and recently partnered with a third-party contractor in order to expedite this project,” Charter’s Bret Picciolo said via email Thursday. “We plan to have all work completed within the next two weeks.”

“I guess from all my calls and the newspaper, they were out there in force today,” Liljenwall said.

Is he confident Charter can meet the Labor Day completion date?

“The proof is in the pudding,” he said. “We don’t know. I can’t believe anything until I touch it or see it.”