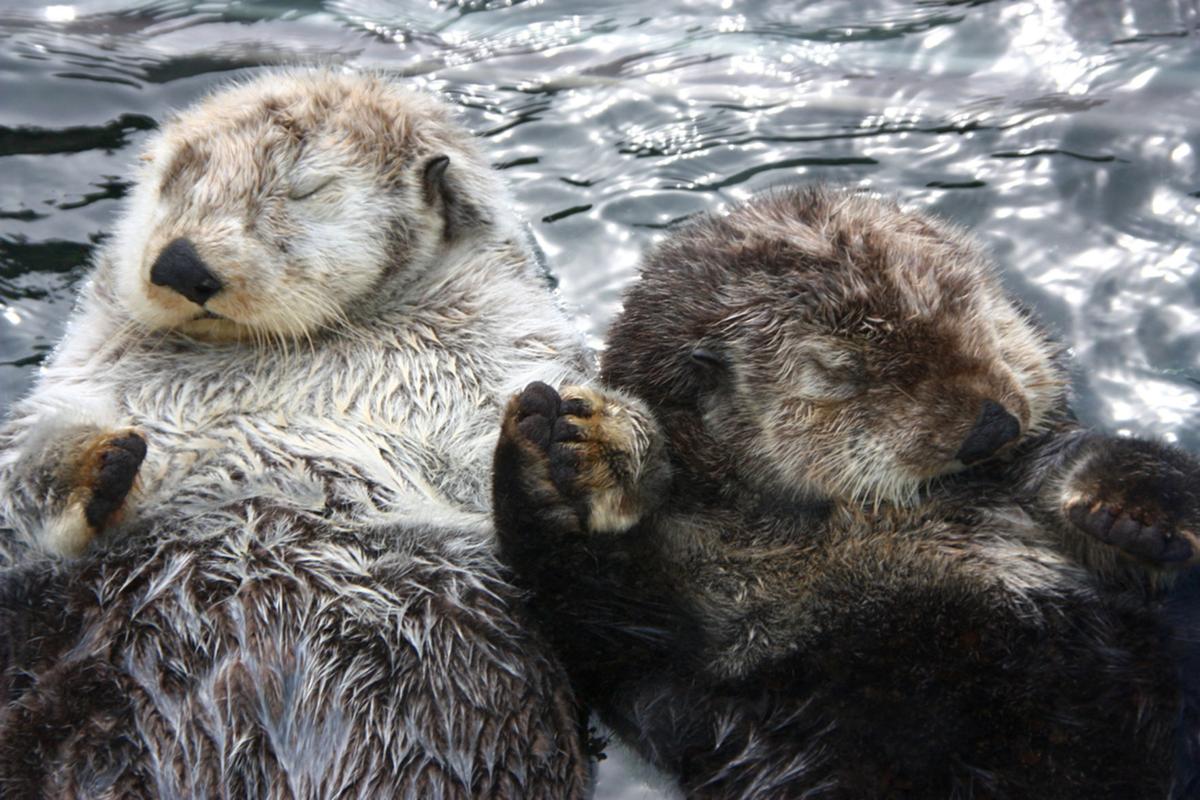 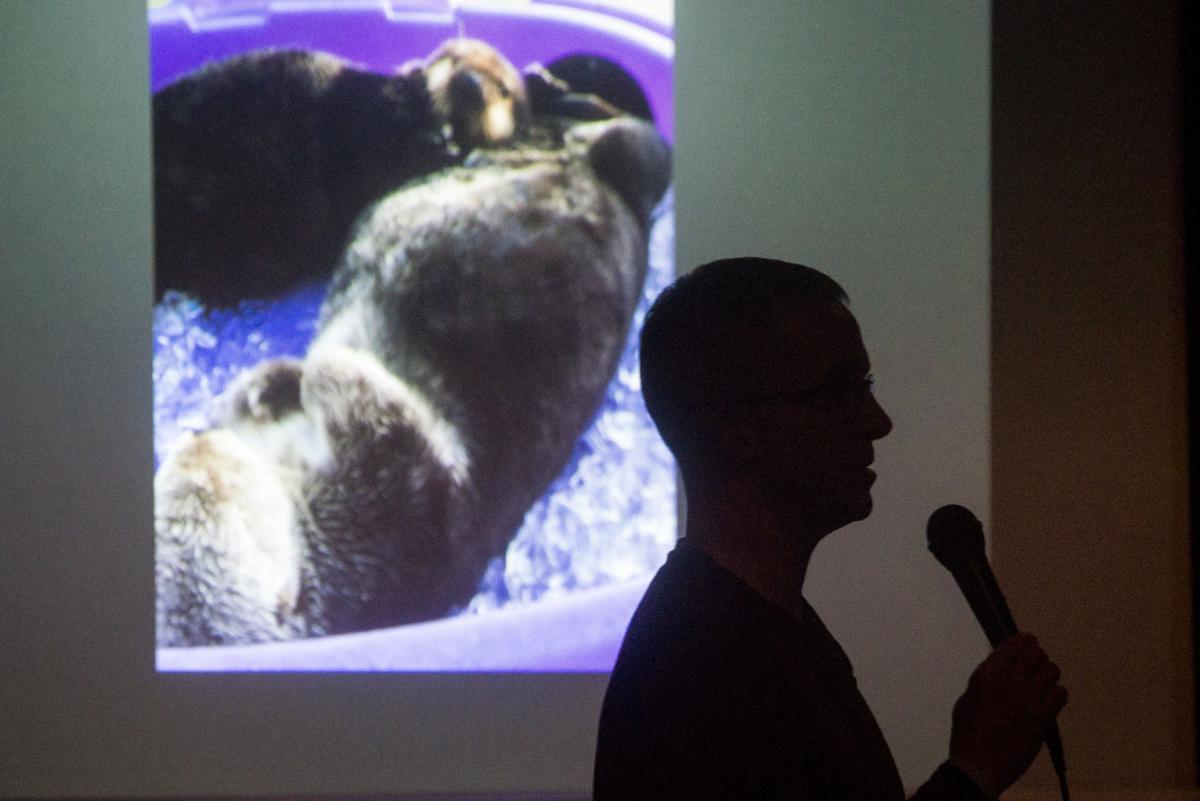 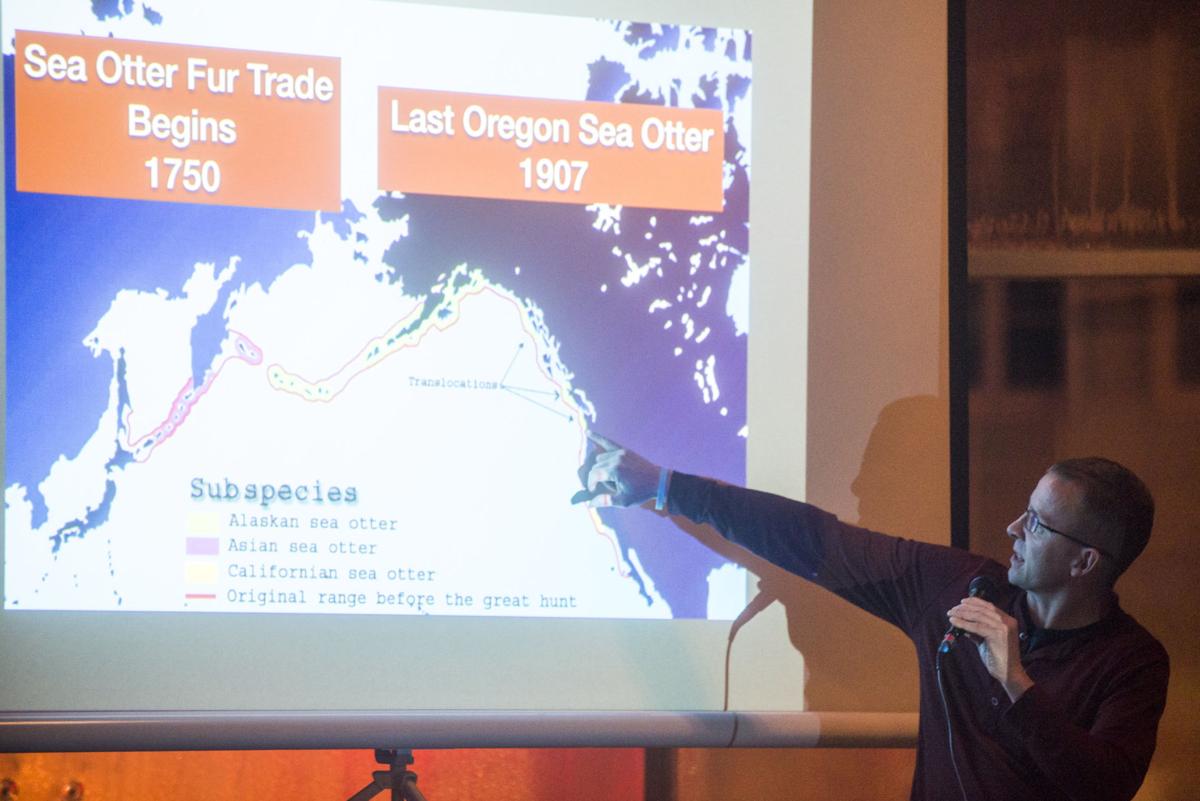 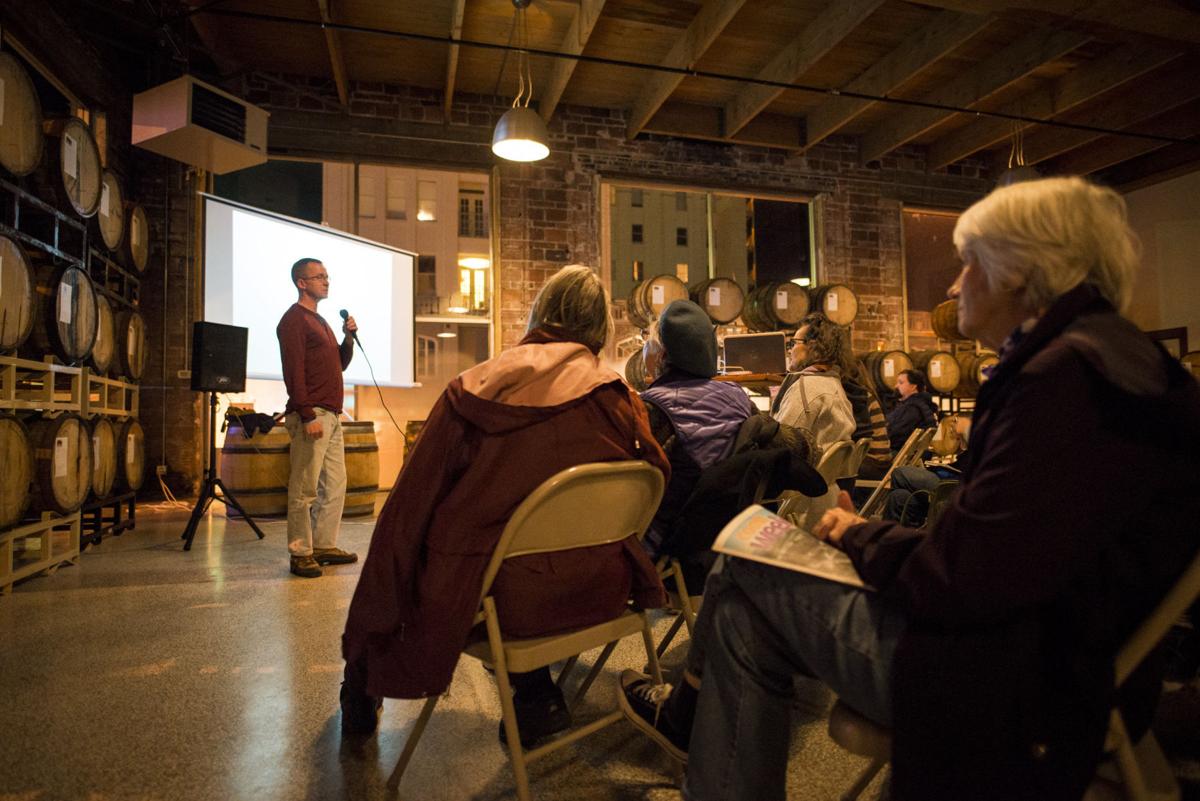 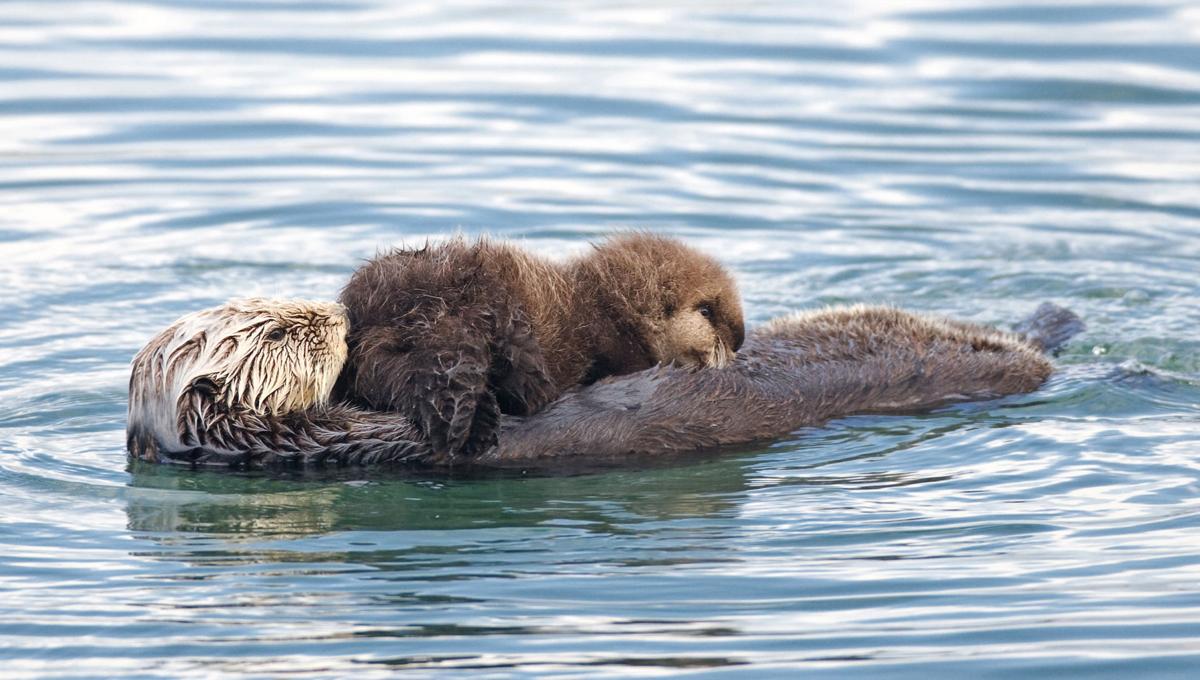 Philip Fensterer, caretaker of the Oregon Zoo’s sea otter population, was shocked last year when he heard sea otters were showing up again along the Oregon Coast.

After more than a century of coastal fur trade, the last sea otter was removed from the Oregon Coast in 1907. Since then, sea otters stayed north in Alaska and Washington state and south in California.

Moving to the Oregon Coast would be a leap of faith away from their comfortable food sources, Fensterer said.

In recent years, more sea otters are taking the leap. From 2008 to 2014, there have been 25 sightings along the Oregon Coast.

“This gives me hope that we will have sea otters in Oregon again,” Fensterer said. “Not just the otters that are passing through, but a resident population.”

Fensterer, who has worked with the sea otters at the Oregon Zoo since the Steller Cove exhibit opened in 2000, gave a talk last week in Astoria about the sea otter population.

In the 1970s, sea otters were reintroduced to multiple locations along the Pacific. The effort helped the population grow from zero to 1,100 in Washington state and reach more than 10,000 in Alaska. About 3,000 are in California.

Fensterer said the sea otters placed in Oregon either fled back to the north and south, or died along the shore.

Marielle Cowdin, of the grassroots advocacy group Oregon Wild, said wildlife officials do not exactly know what went wrong in Oregon, but no wildlife management plan was put in place before, during or after the reintroduction. In addition, no scientific studies were done to figure out what happened.

Oregon Wild is trying to raise awareness and put pressure on the Oregon Department of Fish and Wildlife to develop a recovery plan for the sea otters’ return to Oregon.

“Sightings are very exciting on the Oregon Coast, but it’s not guaranteed sea otters will return,” Cowdin said.

Besides being known as adorable, furry mammals floating on their backs to eat, Fensterer said, sea otters are actually a critical part of the marine ecosystem.

Sea otters, the smallest marine mammal, are known as a keystone species. Their favorite food is sea urchins, which mostly eat kelp. If nothing is eating the sea urchins, then they will eat all of the kelp. And much of the marine life relies on eating kelp.

“You lose a lot of biodiversity when you take out that keystone species,” Fensterer said.

Fensterer is calling on Oregon Coast residents to keep an eye out for sightings. Residents can contact their local wildlife officials if they see a sea otter in the water.

Unlike river otters, Fensterer said, sea otters have a different posture in the water. River otters are not going to be lying belly up in the open ocean, he said.

“I want to be the person who says I discovered sea otters and now they are residents in Oregon again,” Fensterer said.