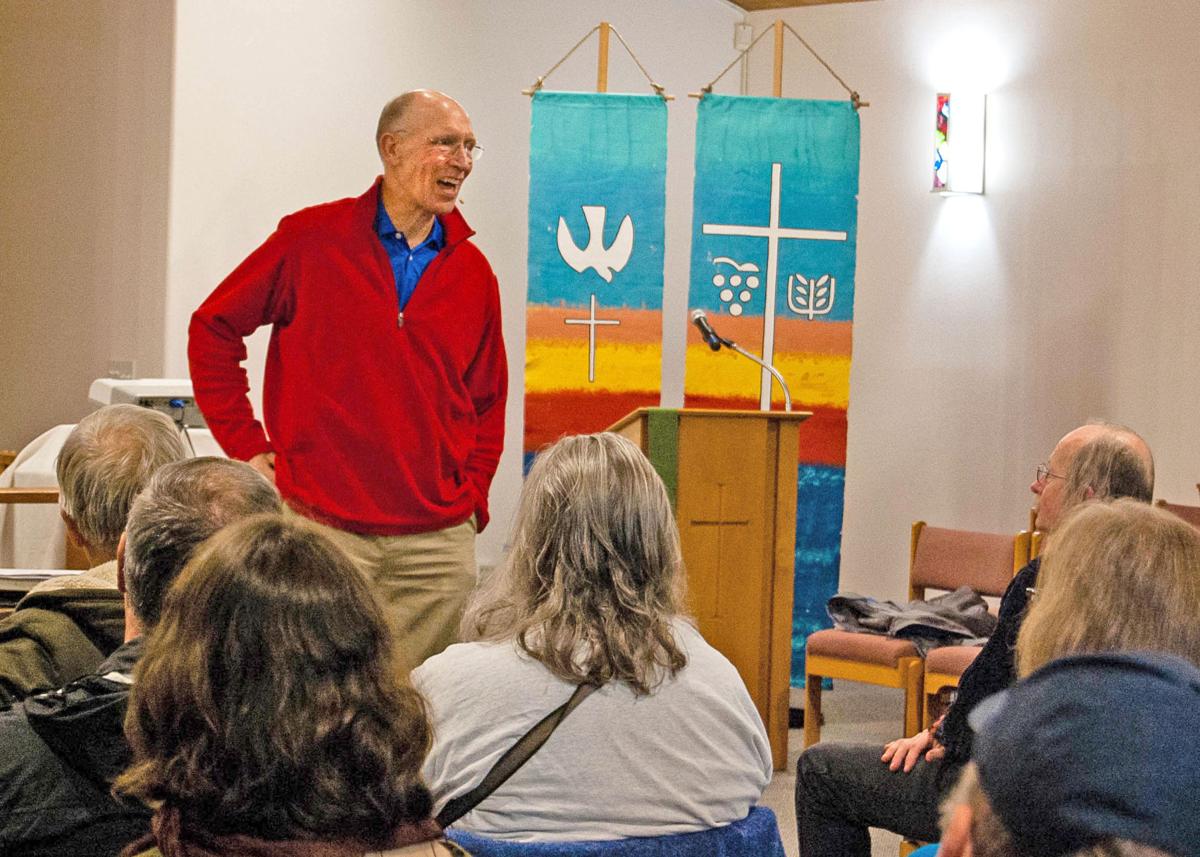 KATHERYN HOUGHTON/khoughton@chinookobserver.com Pastor Jim Stender from St. Andrew Lutheran Church talks with Pacific County community members about his congregation's experience in hosting a winter homeless shelter for 13 years. 'This has brought many challenges, but its also brought a new awareness and unity among our community,' he said. 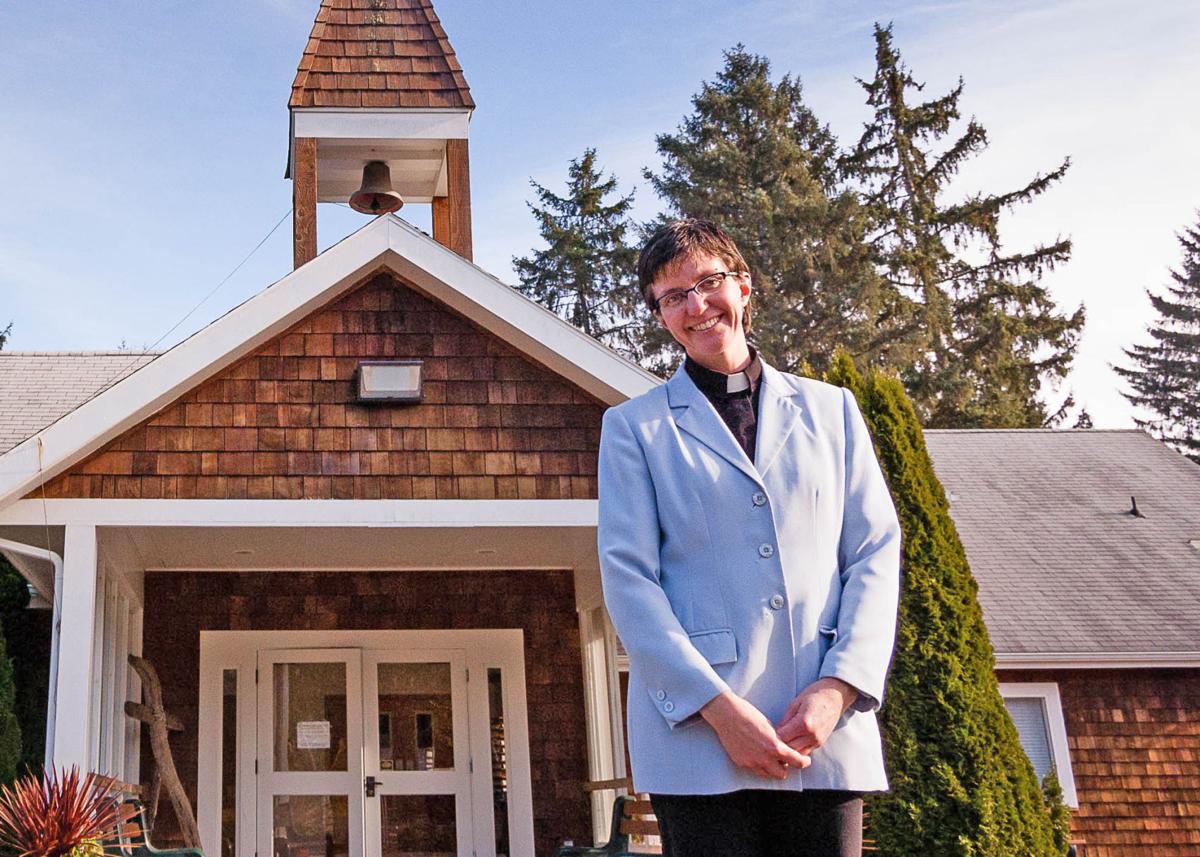 Pastor Adrienne Strehlow has been working with churches this month to find volunteers willing to host a winter homeless shelter. Strehlow said she is worried they won't find enough volunteers to start the shelter in January. 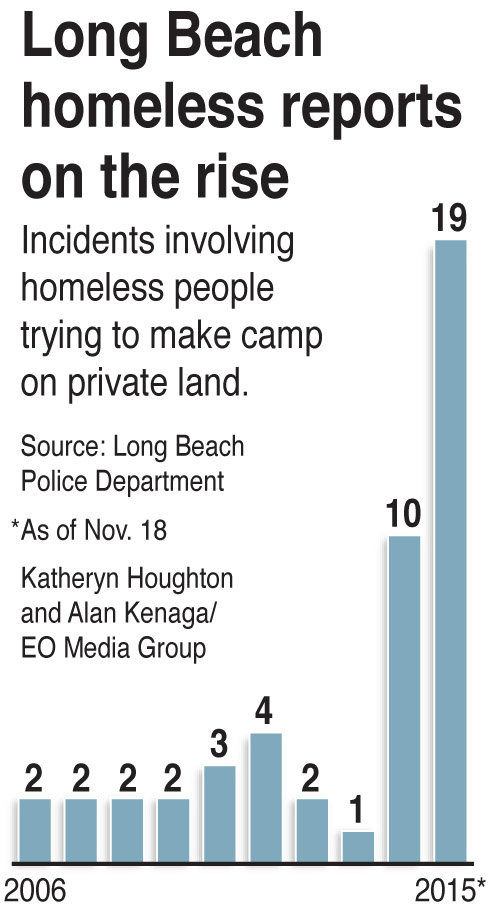 KATHERYN HOUGHTON/khoughton@chinookobserver.com Pastor Jim Stender from St. Andrew Lutheran Church talks with Pacific County community members about his congregation's experience in hosting a winter homeless shelter for 13 years. 'This has brought many challenges, but its also brought a new awareness and unity among our community,' he said.

Pastor Adrienne Strehlow has been working with churches this month to find volunteers willing to host a winter homeless shelter. Strehlow said she is worried they won't find enough volunteers to start the shelter in January.

LONG BEACH, Wash. — Those who are homeless in Pacific County may have access to public shelter for the first time. However, many people on the Long Beach Peninsula have said they’re unsure if the community is prepared to take on the responsibility.

Peninsula Poverty Response announced they have been preparing with the county to host people without a place to live. The program, Overnight Winter Lodging, would rotate between host churches until spring, Chairwoman Adrienne Strehlow said.

But the program is struggling to find hosts in time for their January start goal.

“To a lot of people it sounds scary, especially when they don’t know who they’d be hosting,” Strehlow said. “We have the resources lined up, we just need the buildings.”

Two churches have agreed to host the shelter two nights a week. Strehlow said if others don’t join, she’s worried the program won’t get off the ground.

The county has historically responded to homelessness by helping people leave town, Strehlow said. People are driven to shelters in Oregon, directed to Longview, or temporarily put up in a hotel.

“But for some people, their lives are here,” Strehlow said. “People shouldn’t have to leave their homes to survive.”

More than 560,000 people lived on the streets or in shelters in the U.S. this year, according to figures released by the Department of Housing and Urban Development last week. That’s a drop of 2 percent.

Washington’s 2015 Point in Time report stated there are 149 people in Pacific County without a place to live, down from last year’s 207.

However, Long Beach police documents show that more than 50 percent of all reports of homeless people trespassing on private property occurred in the last two years. From 1999 to 2013, reports averaged less than two a year. In 2014, there were10. There have been 19 this year, as of November.

Over the summer, rumors spread that another county was delivering transient communities to the peninsula. However, Wright said he never found any proof or reason to believe that’s true.

Miles separate public restrooms, some of which are often locked. There are no public showers on the Peninsula and there has never been a shelter.

There are, however, eight food banks throughout the year in Pacific County. Nonprofits host consistent clothing drives and housing organizations support people struggling to pay rent.

The community is caring, but that doesn’t change the fact there’s no place for people to find shelter, Long Beach Police Chief Flint Wright said.

Peninsula Poverty Response Vice-Chairman Dick Wallace said it is hard to see the issue of homelessness through numbers.

“I don’t know if the county’s population of homeless is growing, or if people are just getting better at recognizing it,” he said.

Homelessness includes people living in their cars, in structures without basic amenities like water or crashing on friends’ couches. Part of the benefit of a shelter is getting those unknown numbers in the door and connected to county resources, Wallace said.

“We’re not just a bunch of philanthropists who want to be walked all over,” she said. “We’re asking for this to be a partnership between the county, churches, volunteers and the people getting help.”

The group met with the county sheriff and Long Beach Police to make sure they have safety measures in place.

Chief Wright said Peninsula Poverty Response needs to train volunteers to call the police if they feel uncomfortable. He said service-minded people often wait too long to call for help when issues begin.

“Part of me says I don’t want them to do it, because the nature of what they’re dealing with could be dangerous,” he said. “But, they haven’t gone into this naive and I know there needs to be some solution for people in need. Maybe this program needs to be tried.”

He said if it doesn’t work, the community can stop.

Strehlow said many community members have said they’re worried a shelter may draw more homeless people to the peninsula.

“People sleeping next to each other on church floors won’t make it ‘fun’ to be homeless on the beach in the winter,” Strehlow said. “It will make it more tolerable for those who are already here.”