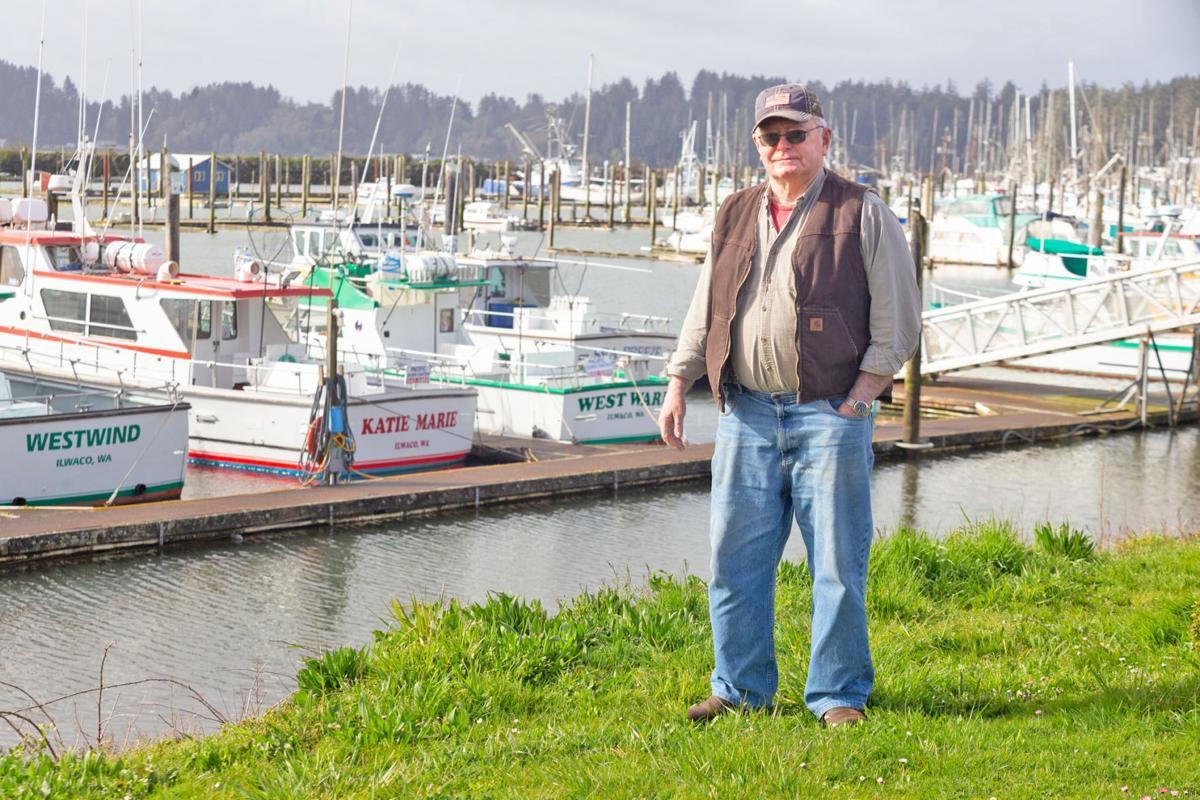 Pacific Salmon Charters owner Milt Gudgell invested more than $30,000 in advertising in the offseason to lure more customers this spring. 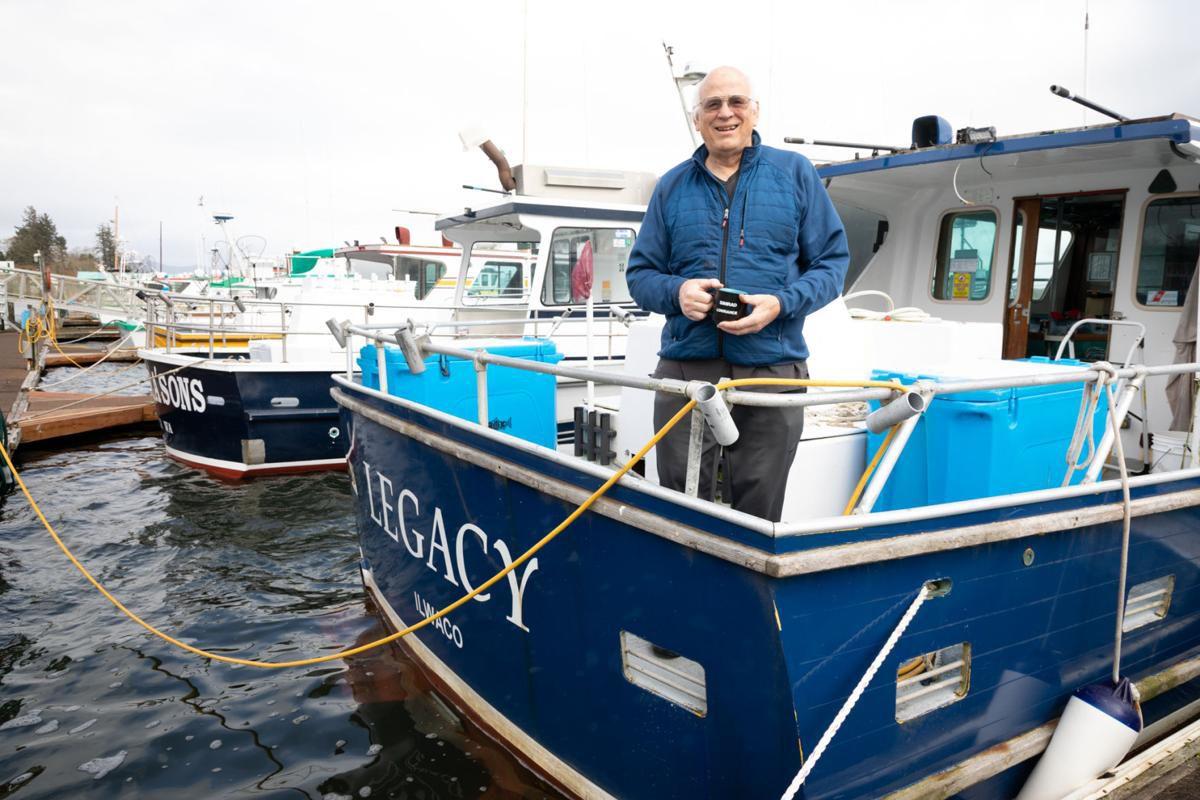 Seabreeze Charters owner Pat Schenk had one of the best fishing seasons last year, but is unsure about this year.

Pacific Salmon Charters owner Milt Gudgell invested more than $30,000 in advertising in the offseason to lure more customers this spring.

Seabreeze Charters owner Pat Schenk had one of the best fishing seasons last year, but is unsure about this year.

ILWACO, Wash. — Milt Gudgell sat in his truck overlooking the Ilwaco marina Monday morning and wondered what to do next.

Typically, the 79-year-old owner of Pacific Salmon Charters would be offshore bottom fishing for rockfish and lingcod with customers, a routine he’s followed for decades. However, a recreational fishing closure statewide last week because of the coronavirus has caused the captain to stay in port and reconsider what the future holds.

Gudgell invested heavily in advertising during the offseason, money he hoped would result in more bookings for his business and others this year.

“I’ve already put out about $30,000 in advertising and there’s more to come because it’s monthly,” he said. “It costs me $1,000 a month whether it’s open or closed. It really hurts. It hurts the whole town and peninsula, especially Long Beach, because we bring in a lot of people that want to eat at local restaurants and stay in hotels and campgrounds.

“It’s not just the charter business but the sport boats also. When this marina fills up, two-thirds will be nonresidents.”

Instead of taking customers offshore to catch fish, Gudgell has been busy canceling bookings.

“March was supposed to be the start of the season, but we had to cancel everything. People have been calling asking if they can rebook, but we don’t know. We canceled all of March and everything through April 8,” he said.

Last week, the Washington Department of Fish and Wildlife announced the suspension of recreational fishing and shellfishing statewide as an ongoing safety-related precaution amid the spread of COVID-19.

“We’ve seen an uptick in outdoor recreation at some locations in recent weeks as people have looked for ways to get outside,” said Kelly Cunningham, the state fish program coordinator. “We’ve had reports of crowded boat ramps and busy fishing on some rivers, which runs counter to the governor’s direction to stay home and practice social distancing.”

Fishing closures will run until at least 5 p.m. on April 8, when the state will reevaluate whether they need to be extended.

The Department of Fish and Wildlife and other state agencies previously closed all water-access sites, including boat launches and other public lands where people may gather. Local and tribal governments are taking similar actions across Washington. State enforcement officers remain on duty and will be enforcing the closures.

The shutdown for the virus is unprecedented in an industry that’s been increasingly regulated, primarily to protect threatened fish stocks.

“We had one year in the 90s where we had a shutdown, but that was because of salmon and we got to fish later in the year. But right now we don’t know,” Gudgell said.

He said his “phones are ringing with people wanting to know what’s going on, but I can’t tell them because we don’t know. I’ve lost March and now I’m going to lose April. I would rather a decision is made today — that way we have something we can tell the folks when they call. I suspect we won’t be fishing until June, which is a big hit. It would be like losing a third of the business we did last year.”

Seabreeze Charters owner Pat Schenk had one of his best fishing seasons in 2019, but now isn’t sure one will occur this year at all.

“Our phone quit ringing about a month ago and we had one of the best winters booking ever, until this thing happened about a month ago. Even if we get a season, I don’t think people are going to go,” he said.

Typically, Schenk, 73, the owner and operator of the F/V Legacy and F/V Four Sea’Sons, would have started the season around May, but conceded he isn’t in a hurry to be on a boat, where social distancing would be impossible.

“I’m 73 and a diabetic. I’m one of those high-risk guys, so I’m not real anxious to carry people yet,” he said. “I’m not sure I want to be on a crowded boat. And let’s face it — a lot of our customers are senior citizens. With all the job layoffs, I doubt many people will be able to afford to go fishing. It’s probably the last thing on their agenda because everyone is hunkering down.”

If recreational fishing remains closed through May, charter fleets will miss out on one of their most lucrative months, when sturgeon, halibut and bottom fishing overlap, tempting customers to book.

“I know the closures are going through mid-April for now. The fisheries have been talking about delaying the halibut season. It’s going to be tough. I still have boat, mortgage and lease payments on the office,” said Schenk, who spent more than $45,000 getting the boats ready for the year, not including the recurring moorage and insurance costs.

“I don’t know how folks are going to survive here. It’s going to be devastating for sure. Some are going to lose their boats. It’s scary for everybody,” he said.