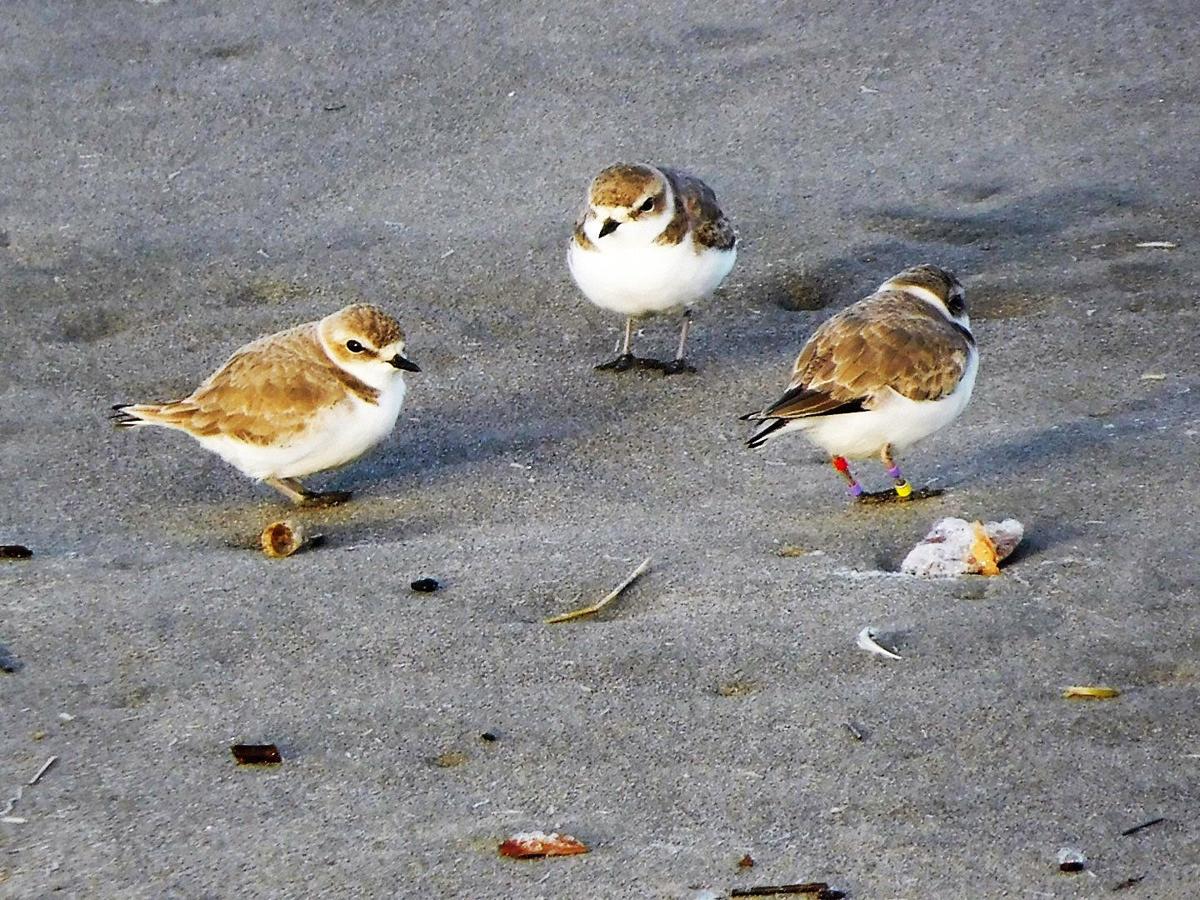 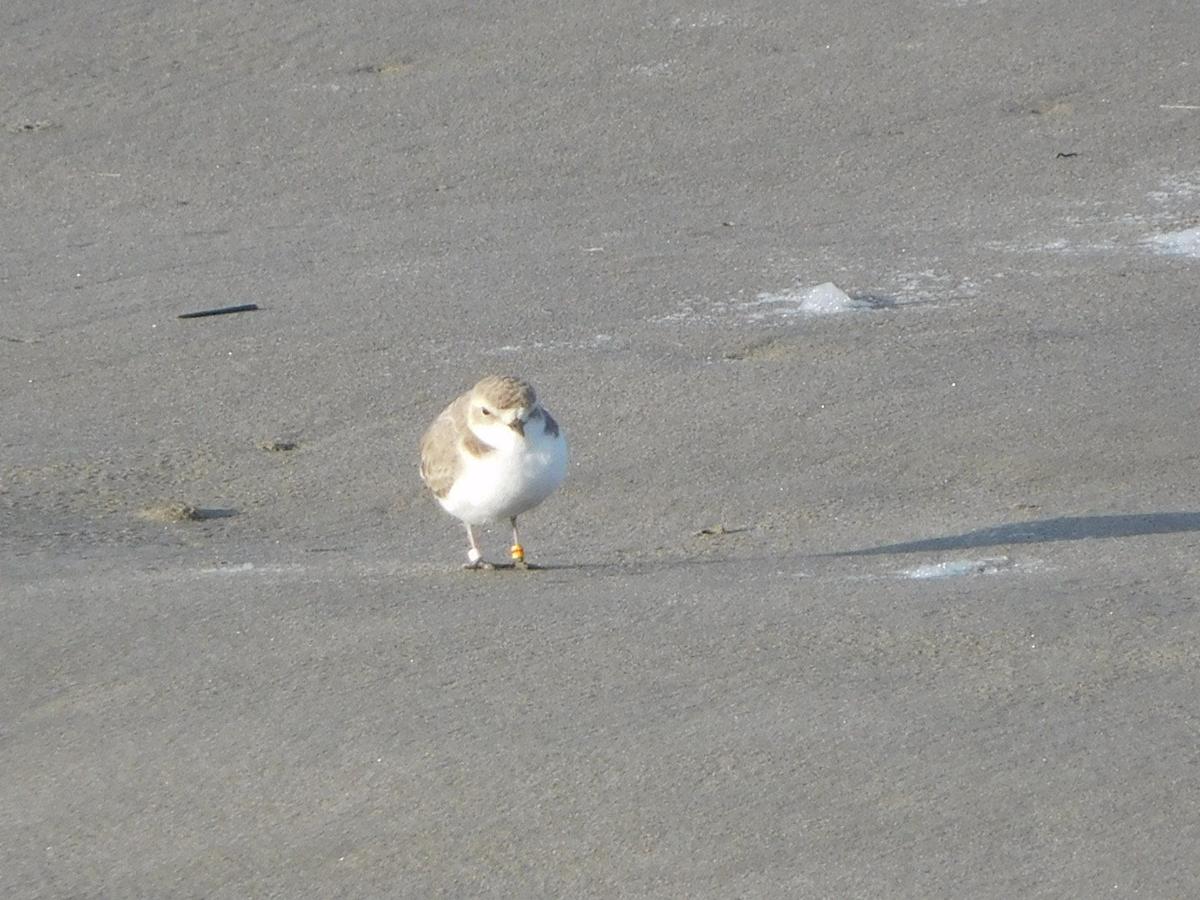 A western snowy plover observed in Gearhart in December. 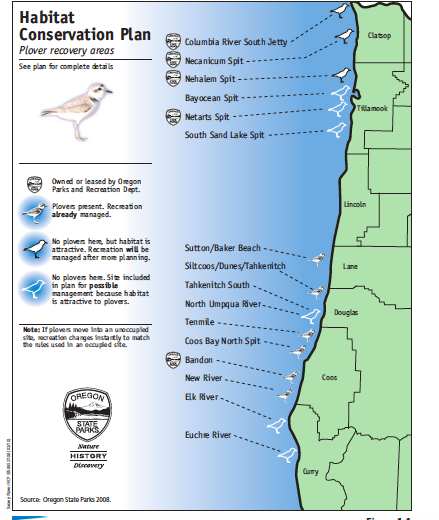 A western snowy plover observed in Gearhart in December.

While the plovers, photographed by Green in December and February, were seen foraging for food, not nesting, the birds “should be looking for places to nest right now,” he said.

Western snowy plovers are a threatened species under the Endangered Species Act, protected in all West Coast states.

The birds nest in dry open sand, in tiny, shallow, well-camouflaged scrapes, according to the Oregon Parks and Recreation Department. The nests are easy to miss, and plovers will abandon their eggs if disturbed by activities they consider a threat.

Hatching occurs from mid-April to mid-August, and the chicks fledge about 31 days after hatching.

If the birds do nest in Gearhart, “it would be a game changer,” Green said.

But because plovers are spotted this time of year does not mean that the birds will choose to nest in Gearhart, Vanessa Blackstone, a wildlife biologist with the Parks and Recreation Department, said.

“Western snowy plovers were at Gearhart in March of last year, and we watched them for any signs of nesting activity,” she said. “Those two birds did not choose to nest at Gearhart, and had left the site by April.”

In 2013, the Gearhart City Council agreed to assist the state in developing a shorebird conservation area meant to help the recovery of the species and enhance the habitat for other shorebirds. By limiting seasonal access, officials hoped the western snowy plover would return to traditional nesting sites. But the protections haven’t yielded results, as a nesting site hasn’t been seen on the Necanicum Spit since 2002.

The restricted area makes up about 25 percent of the 77-acre beach area between Gearhart and the Necanicum River.

While Nehalem Bay State Park saw the hatching of a western snowy plover chick last May for the first time in 30 years, most nesting sites on the North Coast, including Gearhart, haven’t seen signs of nesting for a “very long time,” according to Laurel Hillmann, an ocean shores specialist with the Parks and Recreation Department.

As a result, in February, Hillmann told the City Council the area will no longer be kept as an active bird management site and seasonal restrictions will be lifted. Less-trafficked areas on the central and southern coast are more inviting and will be the focus of future nesting protections, Hillmann said, and Gearhart’s seasonally posted signs advising of snowy plover habitat would no longer be posted.

The Parks and Recreation Department will begin monitoring Gearhart later this month for the continued presence of plovers and any signs of nesting behavior. Seasonal restrictions go into place on Thursday, prohibiting unleashed dogs, vehicles and bicycles in unoccupied plover areas.

If there is no nesting behavior by July 15, the department will lift restrictions.

Restrictions would also be lifted if the Parks and Recreation Department, state Department of Fish and Wildlife and U.S. Fish and Wildlife Service conclude that it is in the best interest for species recovery to manage a different site, Blackstone said.

Agencies will still protect individual plover nests that are discovered, she added.

For now, Blackstone, Green and wildlife officials will keep their eyes on the sand.

“A plover could be nesting and nobody would ever see it,” Green said. “They are able to hide their nests in the bare sand pretty well. It’s possible you could have plover nesting and not even know it.”