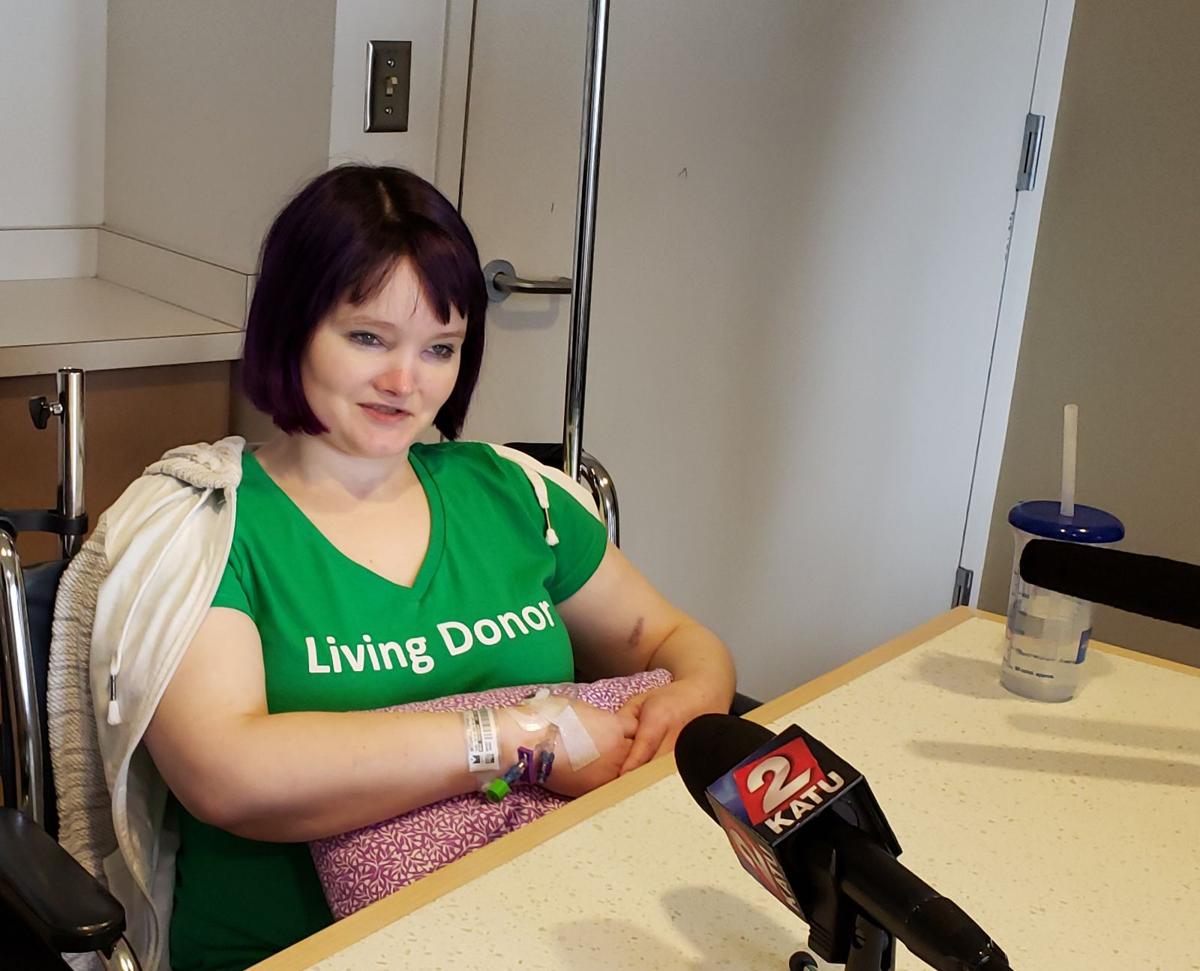 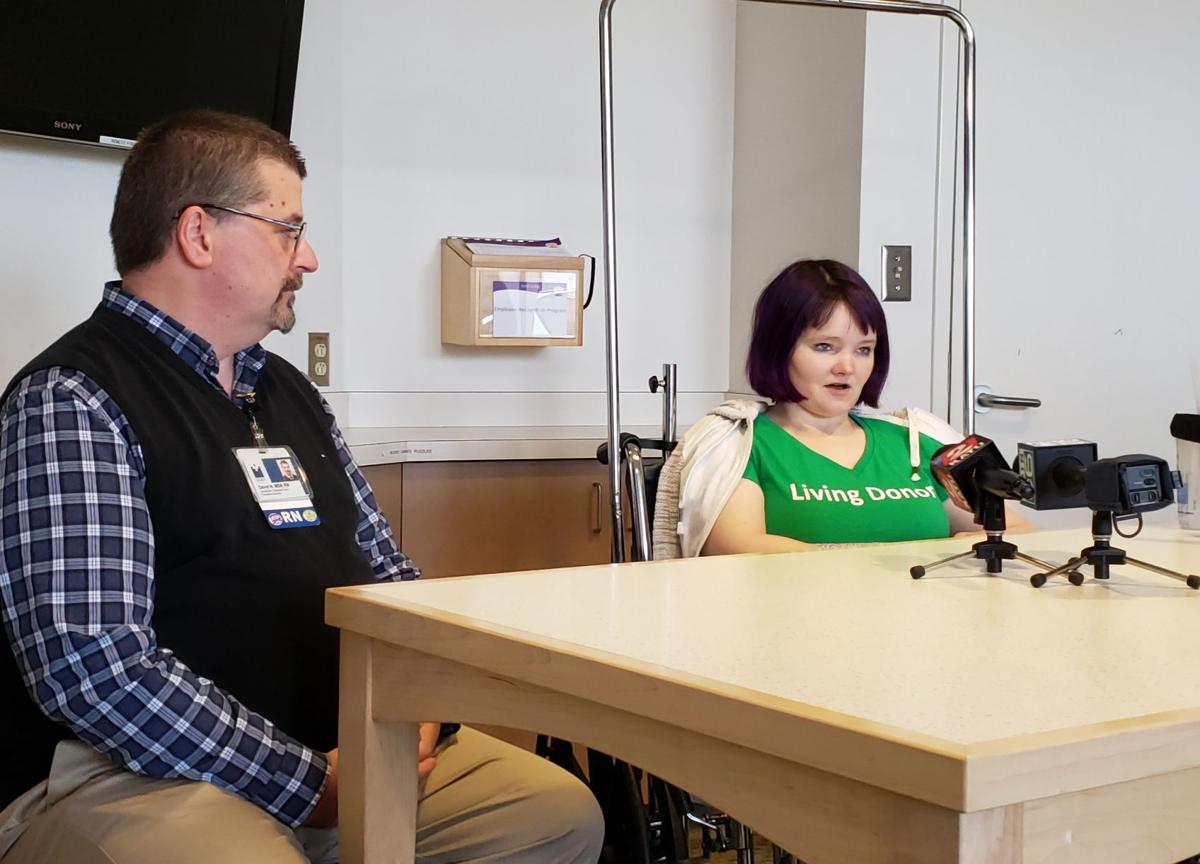 PORTLAND — State Rep. Tiffiny Mitchell hopes the small risk she took donating a kidney will pay off in dividends for someone else.

“It’s an incredible feeling to know that I saved another human being’s life even though I may never know them,” she said at a press conference Friday at Legacy Good Samaritan Medical Center.

Mitchell went into surgery Wednesday to remove a kidney that was flown across the country to the East Coast for a transplant.

And her recipient was not the only person who benefited from the donation.

Mitchell was part of a paired exchange that allows people to swap kidneys among pairs of people who want to donate but are incompatible with the person they want to help.

In this case, five people, who she will likely never meet, were matched to donors.

The donations went to people across the U.S. Two of the kidneys went to people on the East Coast, along with one to the Midwest, Texas and the Pacific Northwest, said David Nelson, the living donor coordinator for Legacy Transplant Services.

A couple of days before surgery, Mitchell learned one of the five people receiving a kidney out of the exchange was particularly difficult to match.

Although she recommends that people consider organ donation, she does not want to tell anybody it is an easy decision.

“There is a lot that you do have to go through psychologically to really get yourself to a point of where you’re OK with voluntarily going into surgery,” Mitchell said.

“If it is important to you to really leave something on the planet so that you know you made a difference, this is probably one of the few things you get that opportunity to do.”

Living organ donation is something Mitchell has wanted to do since she learned about it as a teenager. When she was in her late 20s, a close friend needed a kidney, but she was not a match.

When Mitchell was elected to the state House in 2018, she knew she would have time after her first legislative session this year to have the surgery and recover.

She also used the opportunity to draw attention to living donation.

Mitchell, D-Astoria, was a chief sponsor, with state Sen. Sara Gelser, D-Corvallis, of a new state law that helps provide job security for organ donors by making it a procedure protected by the state’s Family Leave Act.

Although living organ donation is now protected, organ donors do not qualify for paid leave.

“They’re in the middle of the rule-making process. And so I’ve made that known to the people involved in that process that I would really love to see paid family medical leave available for living organ donation so that more people will have the ability to make this decision and not have to worry about how it would potentially impact their jobs or their ability to make rent just because they wanted to donate,” Mitchell said.

She said the risk of the surgery is low, especially since extensive testing is done on the front end to ensure a donor is a good candidate.

Mitchell said she is feeling good, aside from the expected pain that comes after surgery. She hopes by sharing her experience publicly people will explore the opportunity to make a living organ donation.

“If one in 10,000 people became altruistic kidney donors you could actually eliminate the waiting list in the United States for people who are waiting for kidneys,” she said. “That to me is a pretty incredible statistic.”

This woman is a giver. What an extraordinary thing to do, I am so proud to have her represent us. What a nicely written piece.. Thank you.