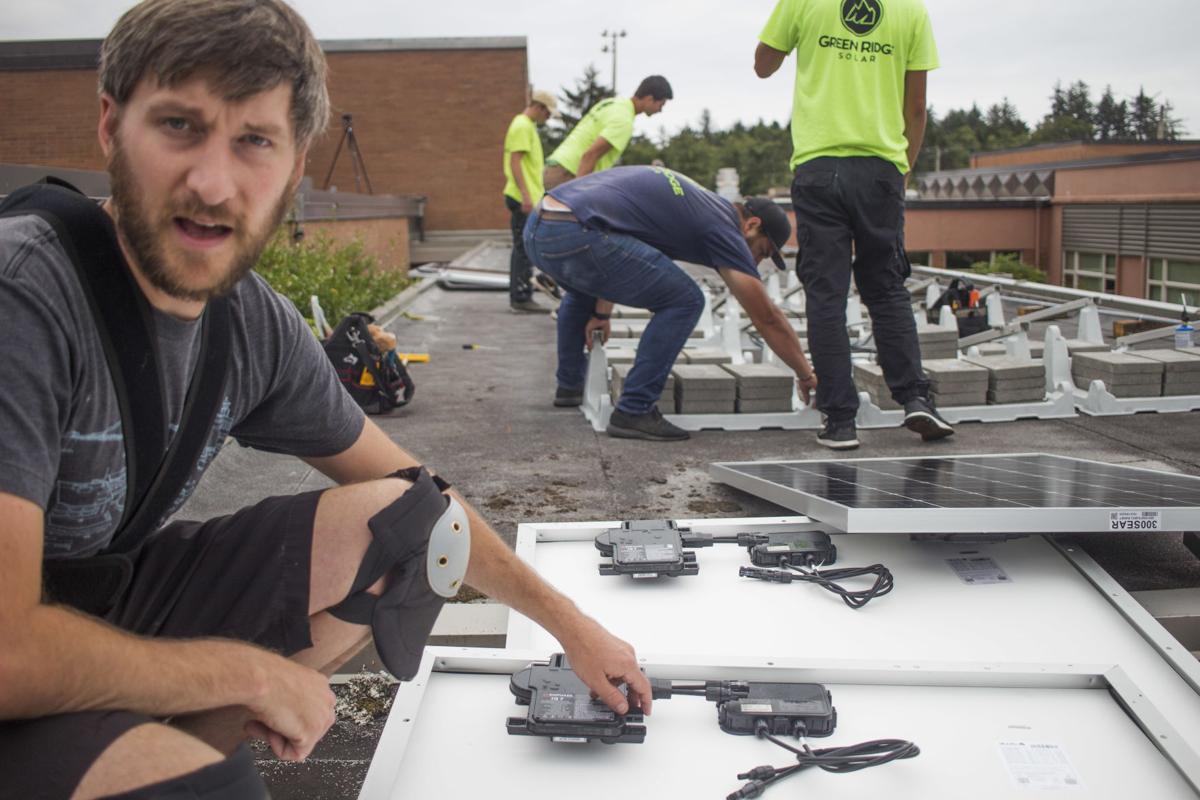 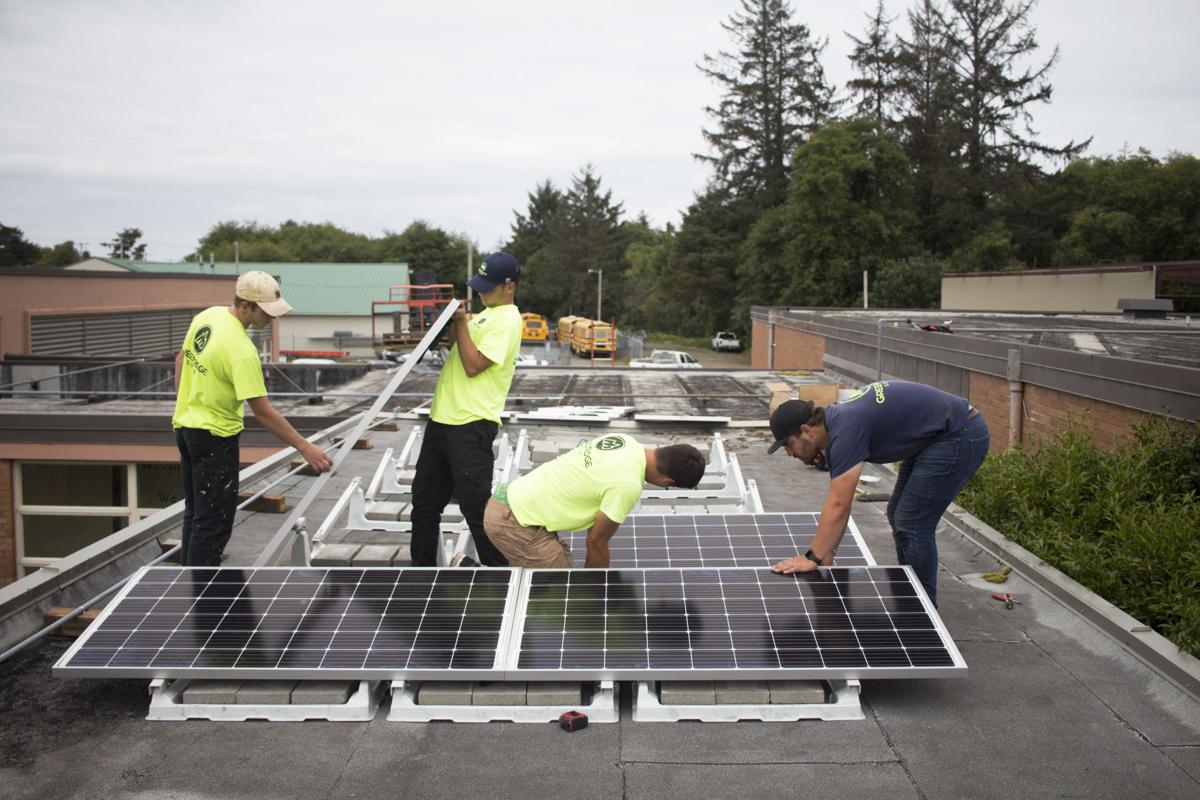 WARRENTON — It took on average 873 kilowatt-hours of electricity a day to power Warrenton High School over the past year, equivalent to what the average U.S. home requires in a month.

A summer student project will supply a small portion of the high school’s power needs with a 3 kW solar array installed on top of a breezeway.

Stephen Shumaker, an instructor with Clatsop Community College’s Upward Bound Summer Academy, has been developing renewable energy and other sustainable technologies to make his home carbon-negative.

“It’s something I’m just really interested in and passionate about, sustainable energy in general,” he said. “I think that in teaching this generation of students, they’re the ones that are going to have the biggest impact.”

Shumaker secured a $40,000 grant from the U.S. Department of Education to fund his project and the solar array, which cost around $11,000. The 11 students in his project group this summer learned about renewable energy. They visited entities that employ newer electric technology, such as Lektro, an airplane tug manufacturer, and the Portland Bureau of Transportation.

The students identified the least shady spot on top of the high school to place the array and designed a digital mock-up. Green Ridge Solar was hired to install the array.

“Some students might go into those types of fields,” Shumaker said. “Others probably won’t. They’ll do something else. But I think it’s still helpful just to know that, even if you don’t want to focus on the technical side of it, just to know that a solar panel works, even in a cloudy place like this.”

Each 300-watt panel comes with a micro inverter to turn the DC electricity into AC. The array will connect to a meter inside the school showing how much power the panels produce, and how much that saves the school district.

Josh Jannusch, an assistant principal and technology teacher at the high school, sees the solar array adding to curriculum, with students creating projects out of monitoring the school’s energy usage and production.

“We definitely have room on the roof for more solar panels,” he said. “Hopefully with the success of this program, we can parlay it into future projects.”

This isn’t the school district’s first attempt at solar panels. Warrenton Grade School hosted a small solar array in the early 1980s, but the technology did not prove successful, said Mike Moha, the district’s business manager.

State law requires 1.5% of public contracts for new buildings to be spent on green energy such as solar or woody biomass. The school district recently held a community forum with the Energy Trust of Oregon on engineering energy efficiency into the middle school at its new Dolphin Avenue master campus.

“I was just excited with the … thoughtful design of trying to build it to take advantage of natural sunlight, natural wind, the temperate environment, making sure those sort of crucial aspects are in play,” said Tom Rogozinski, the school superintendent.

“We’re always open to money and treating the environment right,” he said.

Thanks for sharing this post. I am very interested in the topic. I would like to share my opinion on the topic. Gadget reviews! Additionally they like utilizing Skype, emailing their lecturers as an alternative of going to talk to them in particular person. Additionally they take pleasure in dialogue boards. The recommendation they want to convey to their lecturers is to ensure that they're snug with no matter technological instruments they're utilizing, to offer them extra freedom to make use of the nice websites and people within the center vary when they're browsing the online utilizing college computer systems and to grasp that know-how is a part of their lives.