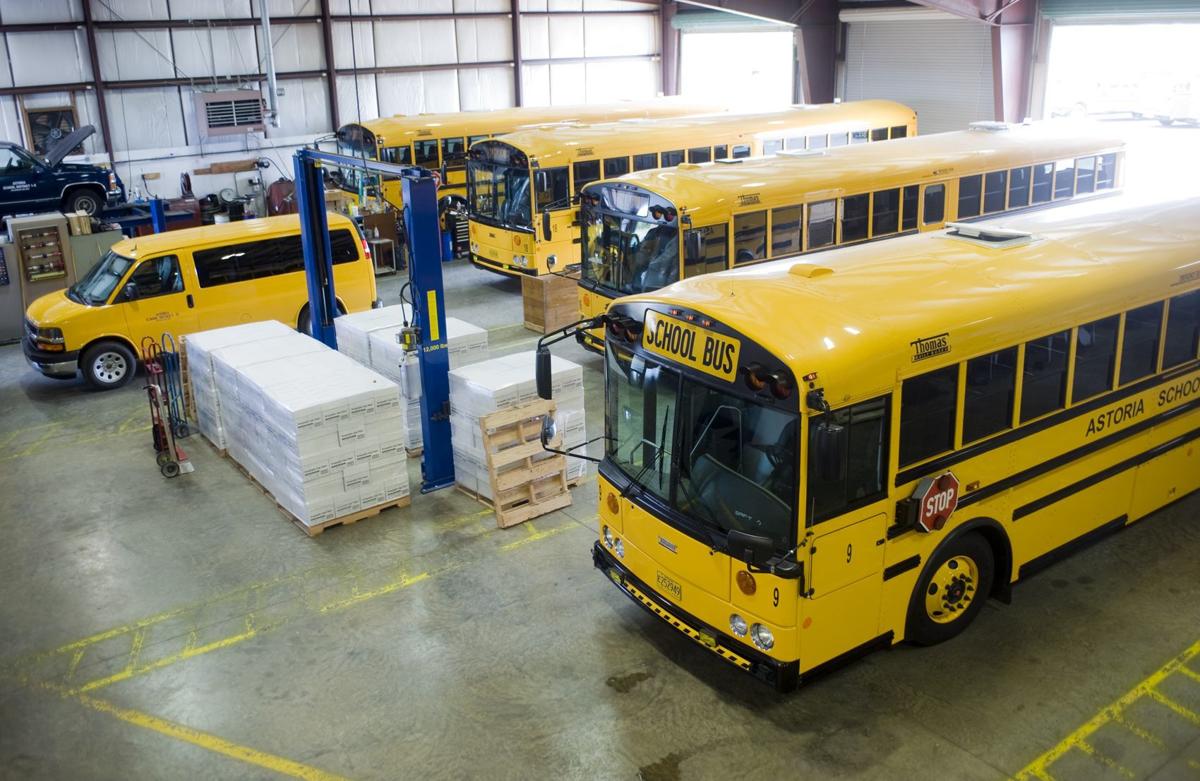 After taking on a low-interest loan to improve student safety, the Astoria School District created a districtwide, two-way radio system that covers every school, bus and class going outside a building. 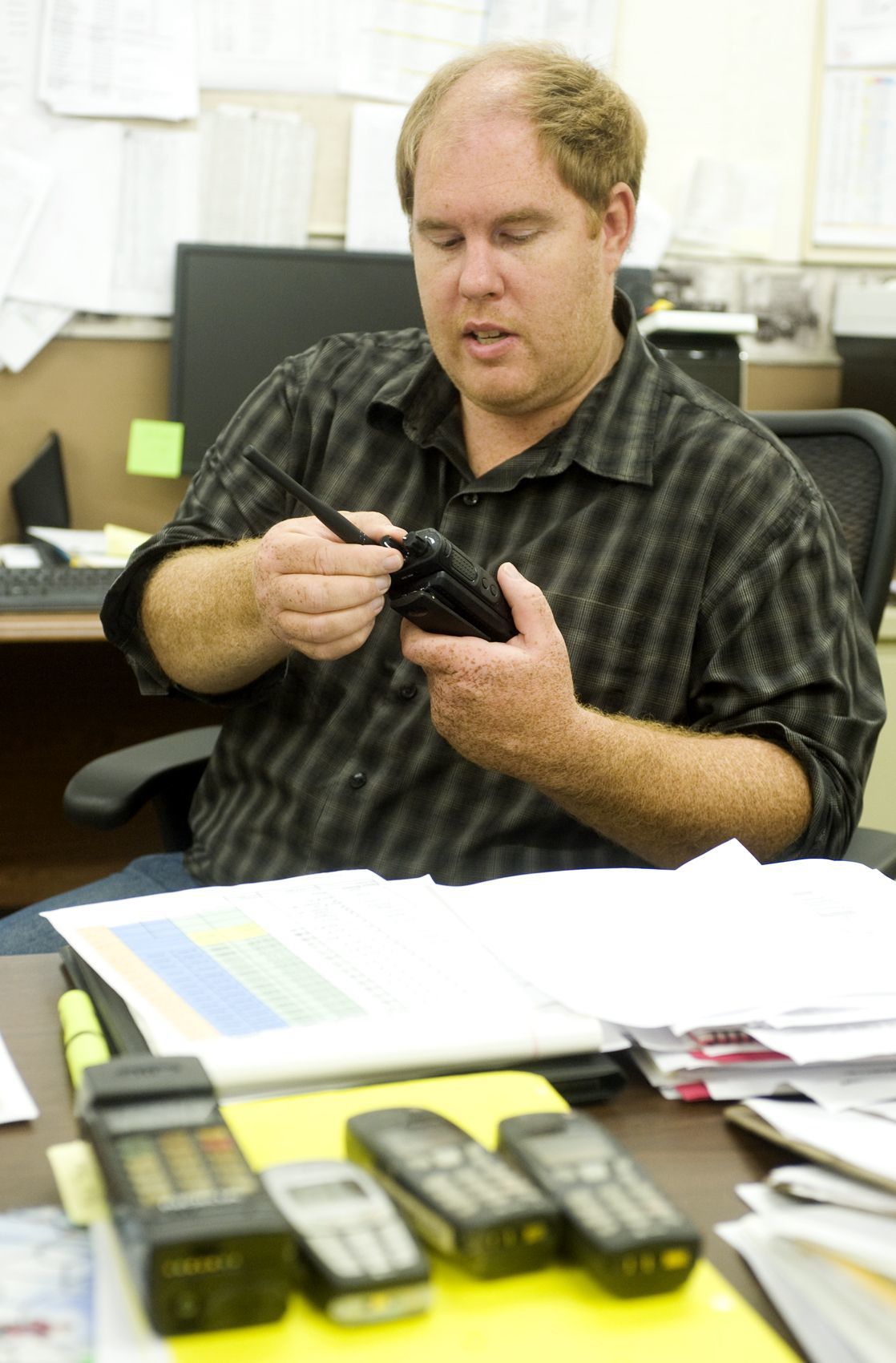 Astoria School District Transportation Director Ryan Hahn shows off one of the district's 60 or so Motorola two-way radios. The devices will be carried by every administrator, school bus driver and teachers involved in outdoor classes to help improve student safety in the event of an emergency. 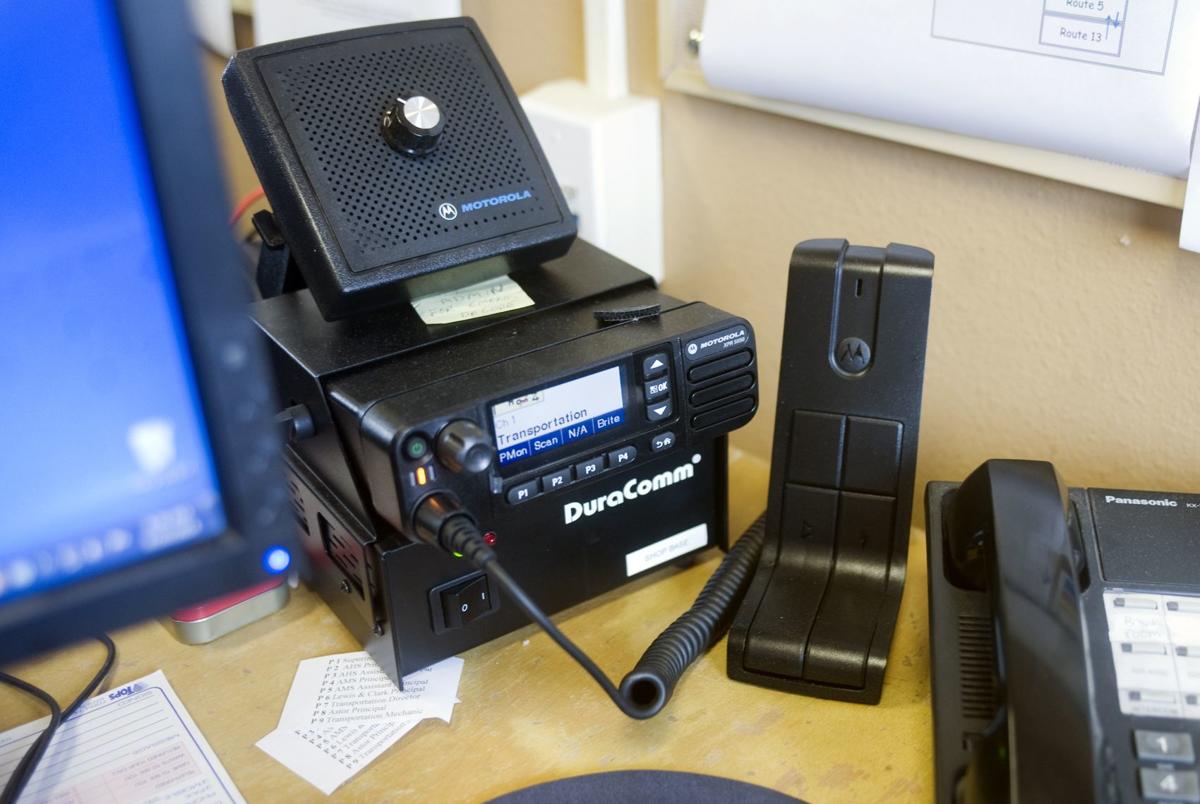 The Astoria School District's new two-way radio system includes a backup generator, right, so that the system can keep operating several hours after a power outage.

After taking on a low-interest loan to improve student safety, the Astoria School District created a districtwide, two-way radio system that covers every school, bus and class going outside a building.

Astoria School District Transportation Director Ryan Hahn shows off one of the district's 60 or so Motorola two-way radios. The devices will be carried by every administrator, school bus driver and teachers involved in outdoor classes to help improve student safety in the event of an emergency.

The Astoria School District's new two-way radio system includes a backup generator, right, so that the system can keep operating several hours after a power outage.

After a spate of school shootings, from Sandy Hook Elementary in Connecticut to Reynolds High in Troutdale, the Astoria School District looked inward at student protection and emergency response. The effort started last school year with meetings about safety, bringing in law enforcement to assess weak points in schools, new locks for doors and window coverings.

Over the summer break, Astoria has invested in communications and a streamlined emergency response guide to be ready when trouble strikes.

A new two-way portable radio system blankets the district, with GPS tracking for buses and administrators, while improved telephone and public-address systems make sure all classes are in the loop. Meanwhile, a new, streamlined crisis response plan will show staff, faculty, students and parents how to respond in most emergencies.

“You might think we’re going overboard on this, but it happens, and we’re prepared,” said Ryan Hahn in a presentation to the school board earlier this month. In addition to being the transportation director, he’s the district’s security officer and maintenance director.

The improvements, said Hahn, came out of recommendations from the district’s insurance companies and from a conference he attended as a member of the Oregon School Safety Officers Association. The improvements accentuate the Standard Response Protocol (SRP), a streamlined response to emergencies of all types that the district started implementing last year.

The district budgets $30,000 a year toward security, he said, adding it took out a low-interest loan this year to help cover the cost of the radios over the next couple of years.

Sitting at his desk in the transportation department Aug. 20, Hahn pulled up Google Maps on his screen and zooms in on his location in Miles Crossing. Next to the map is a list of GPS units attached to each of the district’s 30 school buses parked in the garage.

The district purchased about 60 Motorola two-way radios to use throughout the district. Each includes about seven separate channels for the transportation department, emergencies and each separate school. Every administrator, school bus and teacher taking classes outdoors will carry one.

More than half the radios are GPS units linked to the transportation office, where Hahn and other staff members can tell exactly where their buses are.

“Within 25 minutes, we know where every bus is in the fleet,” said Hahn of the system. “It’s pretty cool.”

While some of the district’s improvements are out in the open, others are purposely shrouded in secrecy to remain effective.

“If somebody was in imminent danger, whether it be the kids on the bus or the bus driver themselves, it was very critical that I could find a way for them to get a hold of us without talking to us,” said Hahn.

The exact method for doing so is kept secret, but an emergency contact from a bus driver sets off an alarm at the transportation office, alerting staff, who can then find the location of the bus on Google Maps and relay it to law enforcement.

The district established two secret reunification zones on either side of Astoria to take students to, in case of emergency. The sites include WiFi, and the district has been packing totes known as “go kits” full of basic furniture, air horns, lime-green vests and other supplies for organizing students and eventually reunifying them with parents.

The location of the zones, said Hahn, only become public in the event that they’re used. For parents picking up kids, the district is compiling background files showing the student’s guardians and custody issues.

Tami Arnold, an administrative assistant with the district, stumbled on the district’s new emergency response protocol by chance while attending a conference sponsored by Property and Casualty Coverage for Education.

The event’s guest speaker, Michael Keyes, lost his 16-year-old daughter to a high school shooter at Platte High School in Colorado. He subsequently helped create the “I Love U Guys Foundation,” named after his daughter’s final text message to her parents. From 2006 on, the Keyes family researched school safety, which culminated in the SRP, a streamlined crisis response system.

The SRP relies on four commands for almost any emergency situation: lockout, lockdown, shelter or evacuate. The response depends on the emergency, and the district has been training last year and this summer on how to follow the protocol.

“It was like a light bulb,” said Arnold, who was in the midst of revamping the district’s emergency handbook and trying to simplify it from a 40-page manual, which while filled with useful information, wasn’t suited for an emergency.

Arnold has since incorporated the SRP into the district’s new emergency guidebook, an 18-page flip book of scenarios and the proper responses. A 19th page stands out in neon red, a sign teachers can hold up during an emergency to indicate that not all their students are accounted for.

When school starts, it becomes the teachers’ responsibility to train their students, which Arnold said will be easier with the new protocol. Parents have also had an opportunity to learn about the protocol, and the district recently uploaded video of an SRP training session at www.astoria.k12.or.us for any parent who hasn’t seen it.

To learn more about the Standard Response Protocol, visit http://bit.ly/1vmrKA6

“I’m really proud of it,” said Arnold about the handbook, “and I hope it helps our parents to see that we are very conscientious for the safety of our students and that we are working very hard.”

• New locks on the inside of classroom doors so teachers don’t have to go out into the hall to secure their classrooms during live shooter situations.

• Improved communications between classrooms and the main office through telephones and public-address systems.

• A districtwide two-way radio system covering every school, bus and class outside a building.

• GPS units in the two-way radios that allow the district to use the Web to track the location of buses and dispatch law enforcement to their location if needed.

• Backup generators at the Astoria Column and the district’s main transportation office to communicate after the power goes out.

• Secret reunification centers around Astoria where children can be taken in case of emergency and picked up by parents.

• “Go kits” composed of basic furniture and other supplies to go with students to the reunification centers, along with electronic and hard copy student files for when parents come to pick them up.

• A new Standard Response Protocol for emergencies, including a printed quick-reference guide.

• Training for staff, who will train students at the start of the school year.

‘You might think we’re going overboard on this, but it happens, and we’re prepared.’