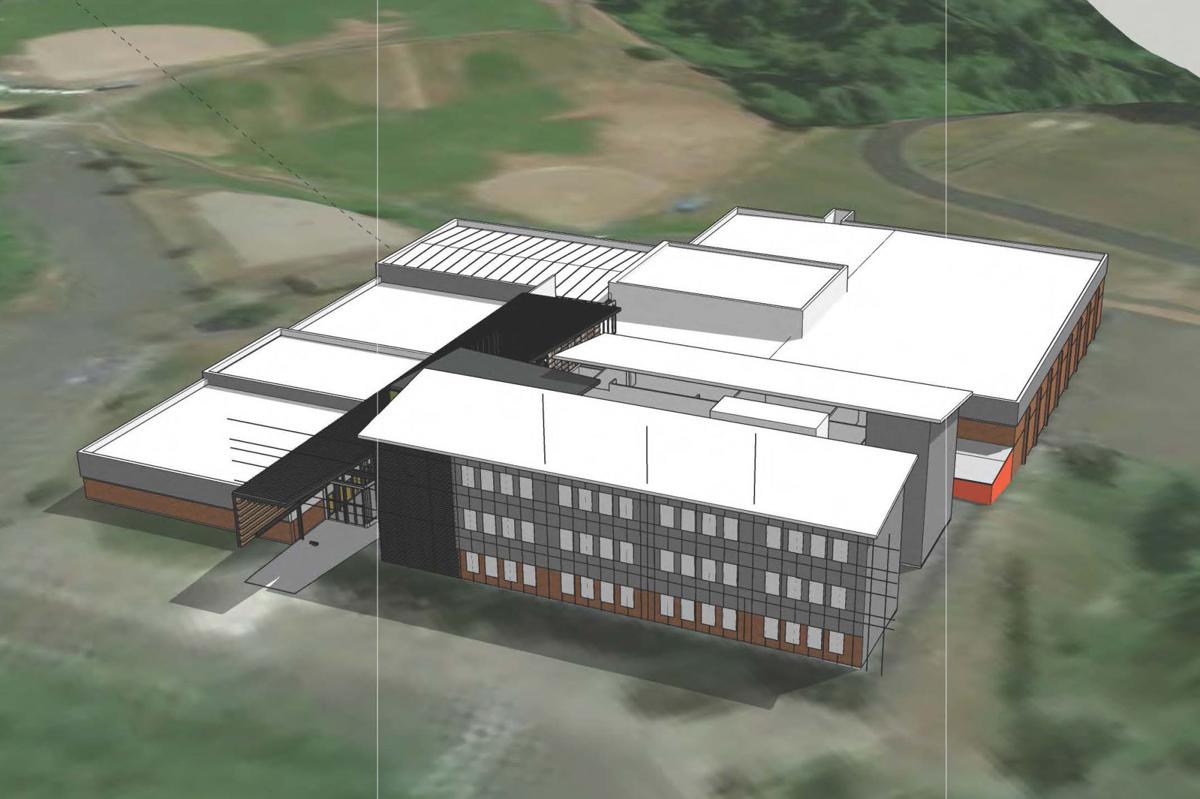 The centerpiece of the Astoria School District’s $70 million building improvement bond is the replacement of a classroom wing with a new three-story academic hall at Astoria Middle School. 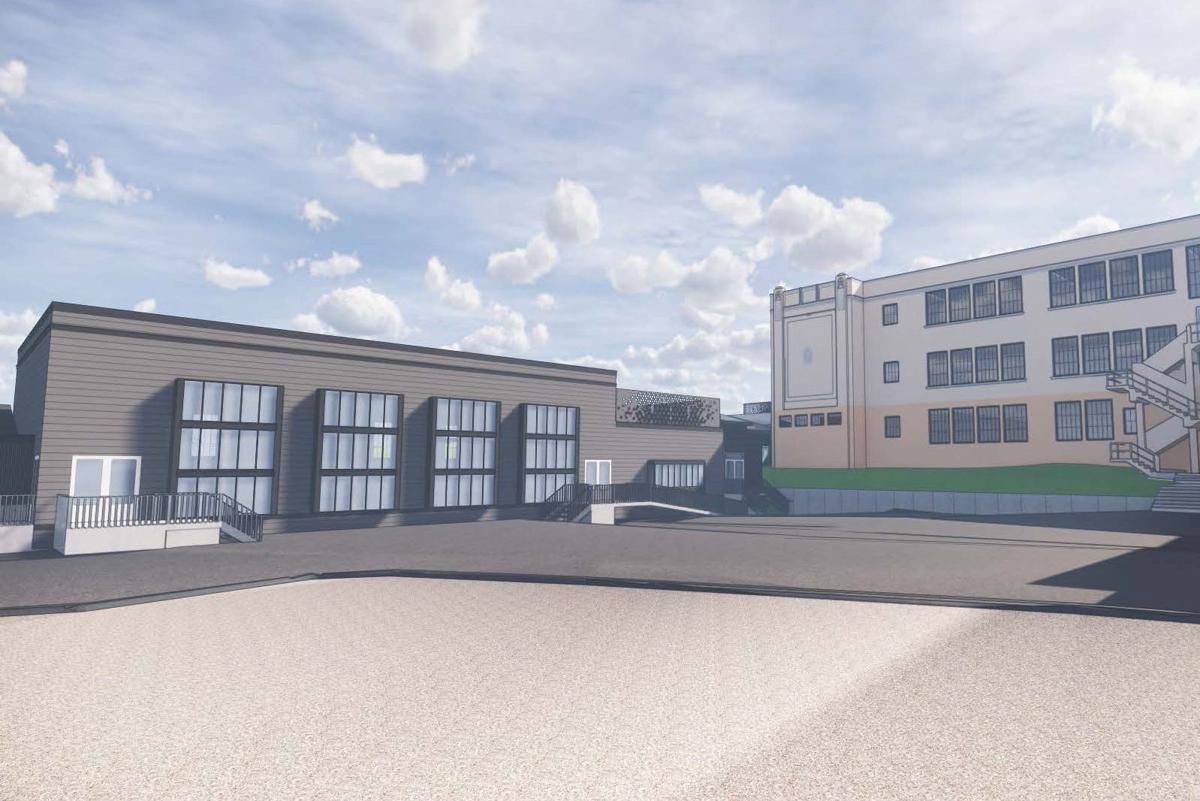 Among other improvements at John Jacob Astor Elementary School, contractors will replace an aging gym with a multipurpose cafeteria, kitchen and activity room. 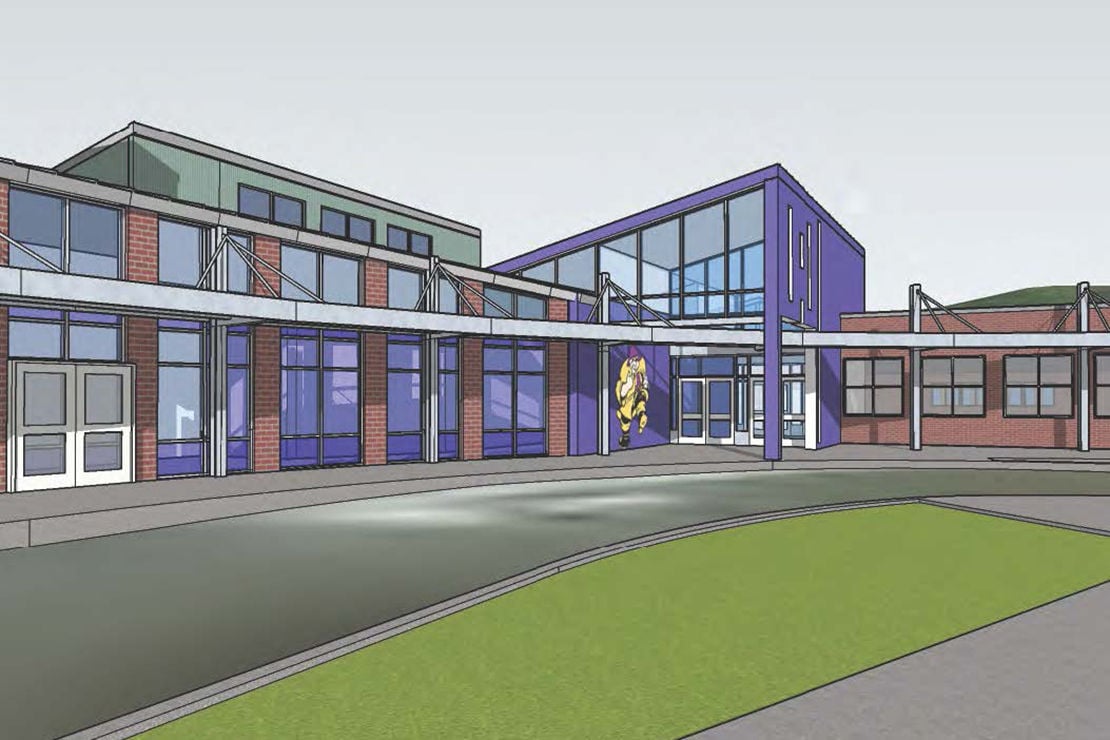 The Astoria School District plans a redesigned frontage at Astoria High School, along with enclosing all external passageways to secure the campus entrances. 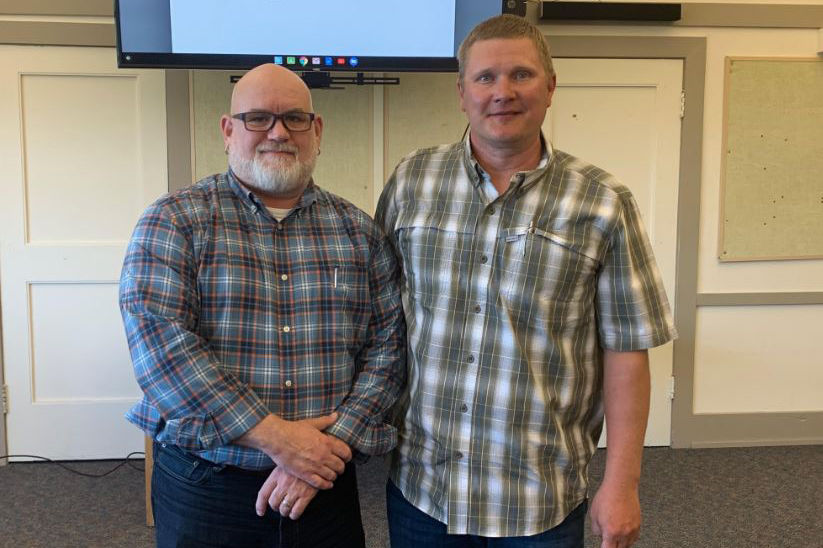 Astoria School Board member Jimmy Pearson, left, poses with Ryan Helligso of Helligso Construction Co., the local firm chosen to oversee $300,000 worth of improvements this summer at Lewis and Clark Elementary School.

The Astoria School District begins work this summer on a five-year, $70 million building improvement project approved by voters last year. But asbestos in the walls of its historic campuses is already causing delays.

The work begins this summer with painting and the installation of a secured entrance at Lewis and Clark Elementary School by local contractor Helligso Construction Co. Contractors will also replace windows and doors on the west side of the Capt. Robert Gray School campus, home to the school district’s offices, and resurface the track at Astoria High School.

But the discovery of asbestos in the stucco exterior plaster at Gray School has contractors rethinking the replacement of the building’s other windows, Lee Fenton, part of BLRB Architects, told the Astoria School Board on Wednesday.

The cancer-causing insulation material was used widely in the walls, floors and ceilings of historic buildings such as the 95-year-old Gray School. The discovery will postpone major exterior work and window replacement until next summer, Fenton said.

Craig Hoppes, the superintendent in Astoria, cautioned that any asbestos is encapsulated behind walls and under flooring and not a safety hazard. “If it’s not crumbled or exposed, it’s fine,” he said.

The school district hired PBS Engineering and Environmental to evaluate how to safely remove the asbestos.

Contractors also still need to confirm the presence of asbestos in the stucco at John Jacob Astor Elementary, said Casey Cunningham, a consultant with Cornerstone Management Group Inc., the project manager for the school district.

Astor Elementary is the same vintage as the Gray School campus. The school district also faces potential asbestos issues at Astoria Middle School, where the bulk of the bond will be spent tearing down a classroom wing and replacing it with a modernized, three-story academic hall.

“At the middle school, we have some flooring concerns that we need to address, and we’ll take care of that with them, develop a design document that will try to attack that during Christmas and spring break so that we’re not dealing with asbestos when the construction starts,” Cunningham said.

The school district is also waiting for approval from the state to replace aging boilers as early as this summer at Astor Elementary, Hoppes said.

Most major construction will begin in phases between spring and summer next year and wrap up between 2021 and early 2022, including the installation of secured entrances at all campuses.

About two-thirds of the bond will pay to replace the classroom wing at the middle school — where staff lament over ill-fitting, triangular classrooms without natural lighting or enough ventilation — with the new academic hall by early 2022. Each floor will contain identical learning communities for sixth, seventh and eighth grades. Support areas of the school will also be modernized, while the track will be resurfaced.

The school district will relocate students to temporary classrooms within the middle school during construction.

Around $20 million of the bond will enclose the corridors around the high school campus to improve security. Shop, art, music and science classrooms, along with the auditorium, will be modernized.

Astor Elementary will receive $9 million worth of improvements. An old cafeteria downhill from the main building will be remodeled into a multipurpose cafeteria, kitchen and activity room. Kindergarten classrooms will be added, along with more covered play areas.