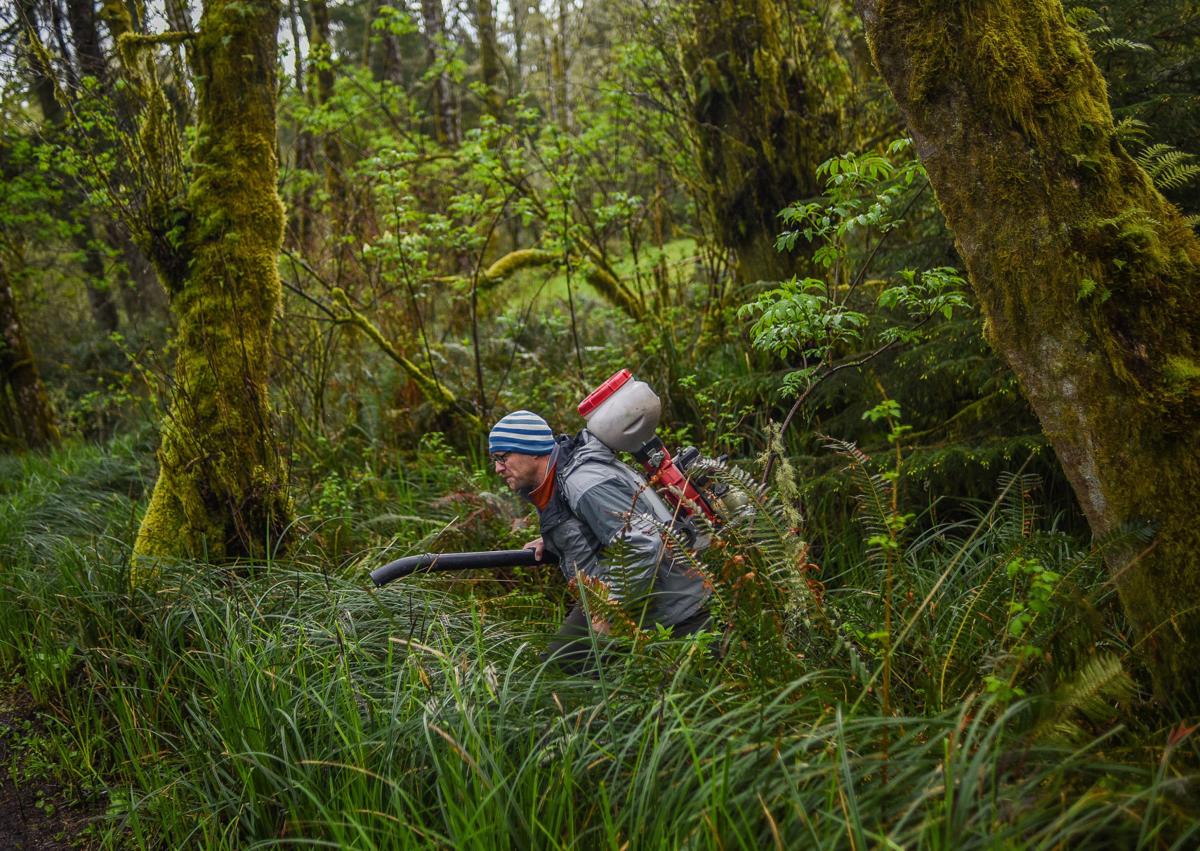 Danny Miller/The Daily AstorianEdward Horvath with Three Rivers Mosquito and Vector Control uses a blower to distribute a larvicide in order to target Mosquitos on Wednesday at Fort Stevens State Park in Hammond. 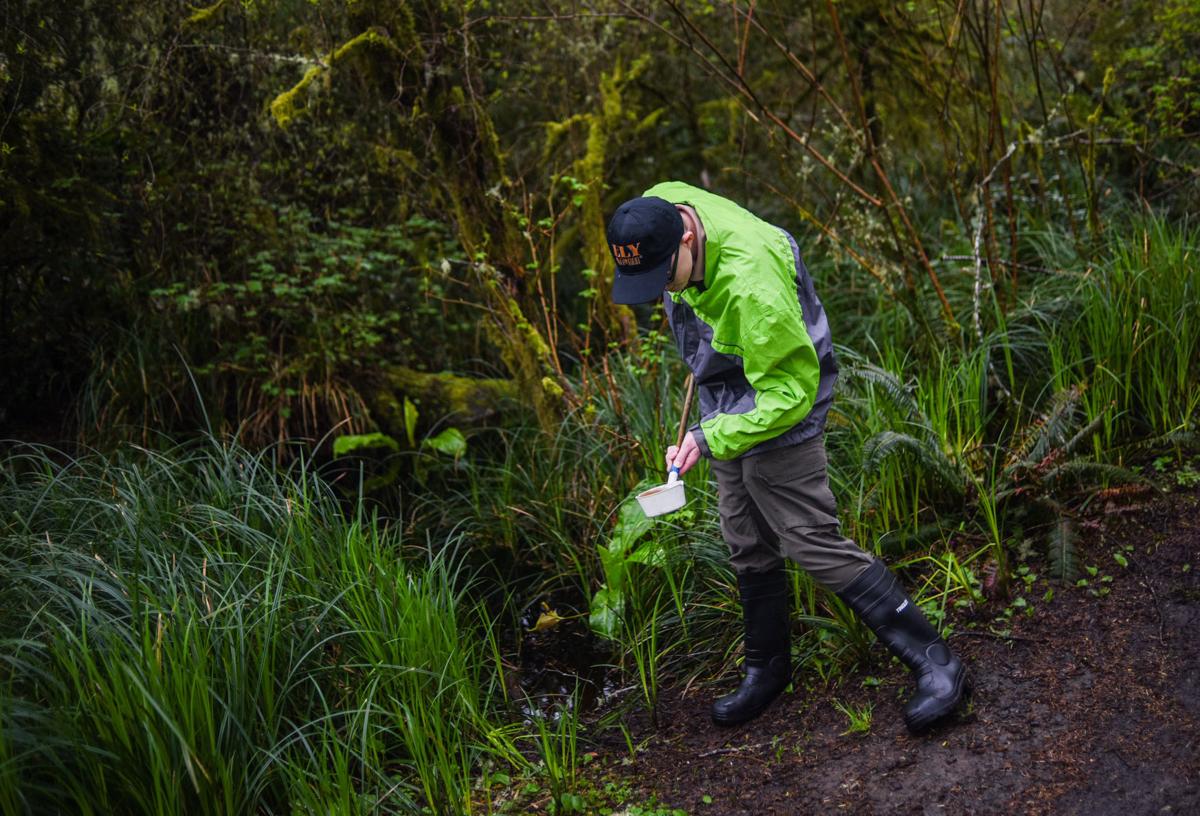 Danny Miller/The Daily AstorianJacob Horvath checks to see how many mosquito larvae are in the water on Wednesday at Fort Stevens State Park in Hammond. 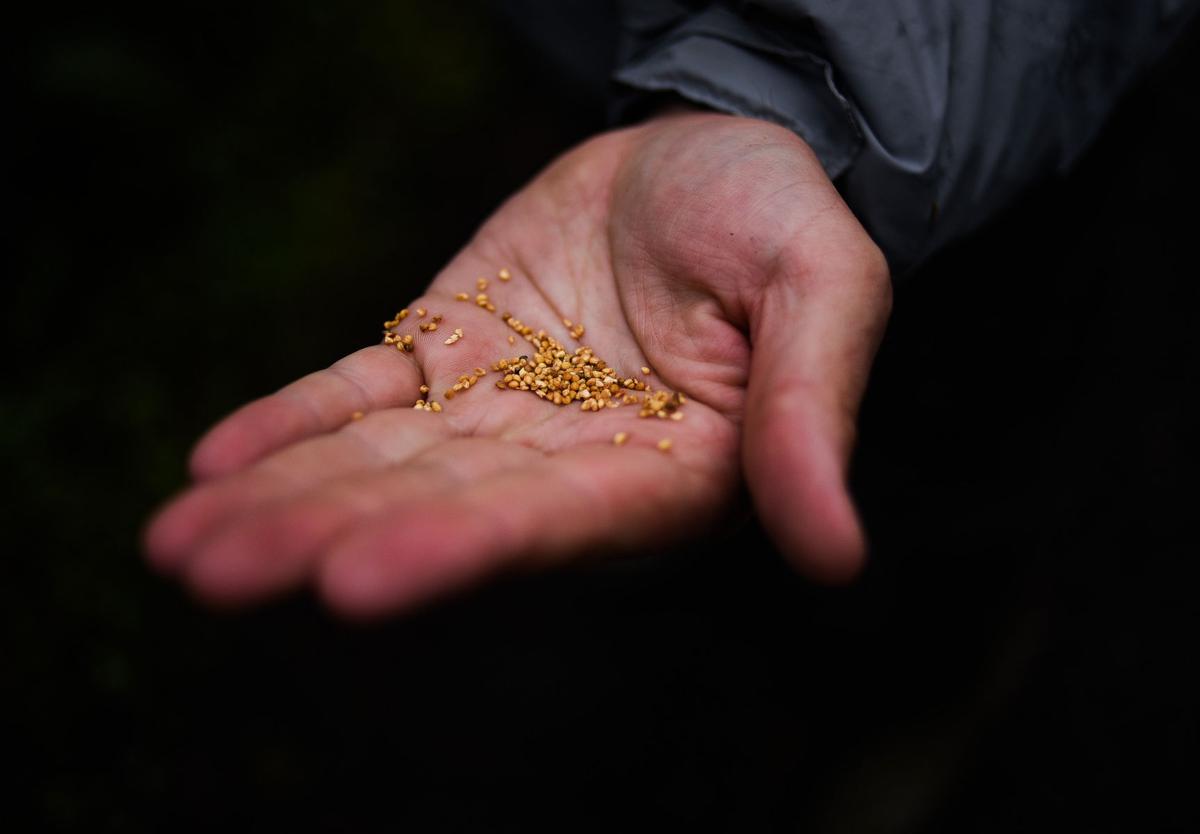 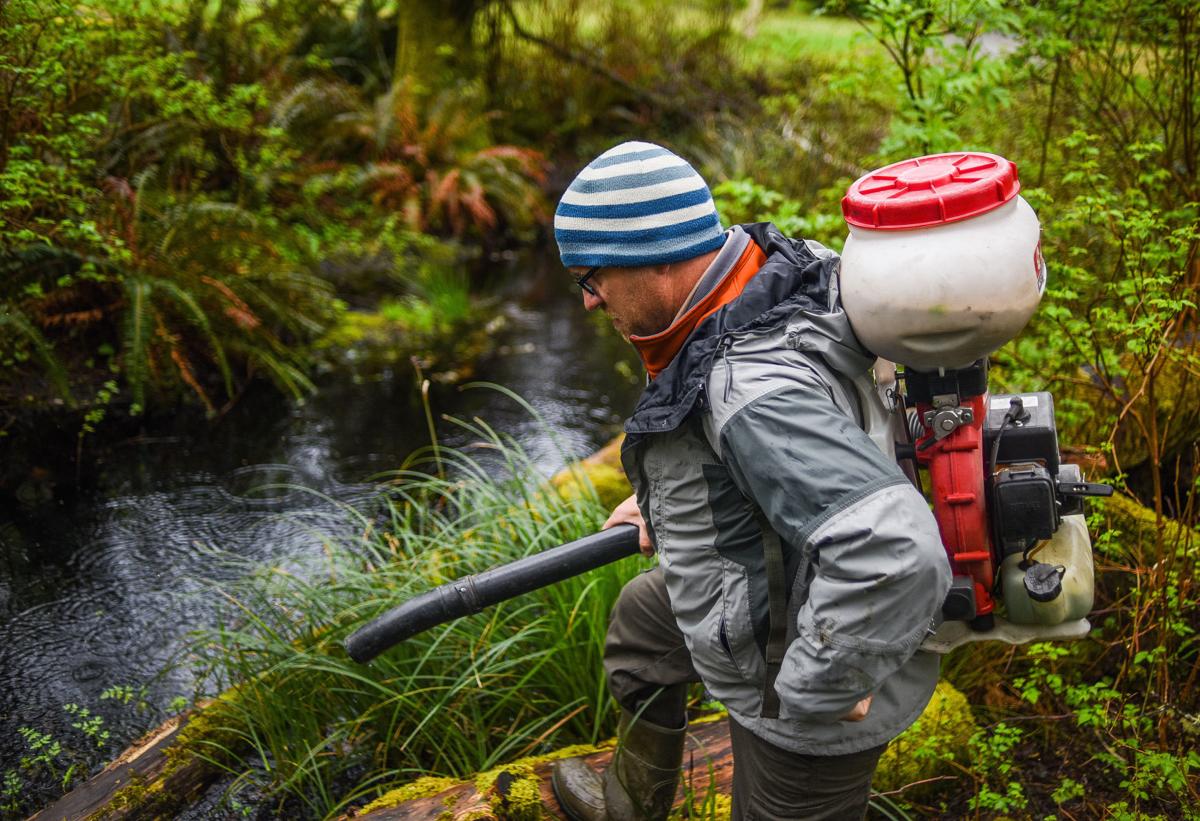 Danny Miller/The Daily AstorianEdward Horvath with Three Rivers Mosquito and Vector Control uses a blower to distribute a larvicide in order to target Mosquitos on Wednesday at Fort Stevens State Park in Hammond.

Danny Miller/The Daily AstorianJacob Horvath checks to see how many mosquito larvae are in the water on Wednesday at Fort Stevens State Park in Hammond.

Mosquitoes that plague campers at Fort Stevens State Park may have met their match: a father-son duo.

The park hired a Klamath Falls-based mosquito control company led by Edward Horvath, 44, following an increase of camper complaints last year. He and his son, Jacob, 16, will apply larvicide to smaller standing-water sources around the park’s 530 campsites through August.

Campers — especially in May and June — sometimes would end their trips early because of the number of mosquitoes in the park. Heavy rainfall this past winter resulted in a high volume of small standing-water sources, natural mosquito breeding grounds.

“Last year’s mosquito problem wasn’t fun for anybody,” Park Manager Justin Parker said. “We’re getting ahead of it this year so visitor and campers can enjoy the park without hearing the annoying mosquito buzz or swat the air to fend off the pests.”

Fort Stevens hired Horvath for just under $3,000 this year after a late February survey indicated mosquitoes would be an issue at the park again this year. Horvath completed similar projects in other parks throughout the state. He has also spent time in Nigeria controlling mosquito populations at hospitals that contained standing-water sources.

“People would come to hospitals for treatment and leave with malaria,” he said.

Jacob Horvath, who is home-schooled, often assists his father on projects by inspecting ponds for larvae and carrying equipment.

Horvath had hoped to begin in March to limit the number of adult mosquitoes being hatched early, but the park needed to finish contracting, consult with a biologist and post signs and website information about the project, Parker said.

Adult mosquitoes are already active at the park. Horvath’s goal for this summer is to prevent more from growing. That would avoid having to apply fogging techniques, which typically are used to kill adult mosquitoes.

Dating back to Fort Stevens’ construction in the latter half of the 19th century, the U.S. Army Corps of Engineers and then the state parks department redirected water away from buildings and campgrounds. While the tactics allowed for settlements on the land, they did not foresee a future issue with pests.

In addition to controlling larvae spread, Horvath will make recommendations to the park by the end of the summer on how to best create channels for water sources to move. In the meantime, park staff will drain standing water sources where possible.