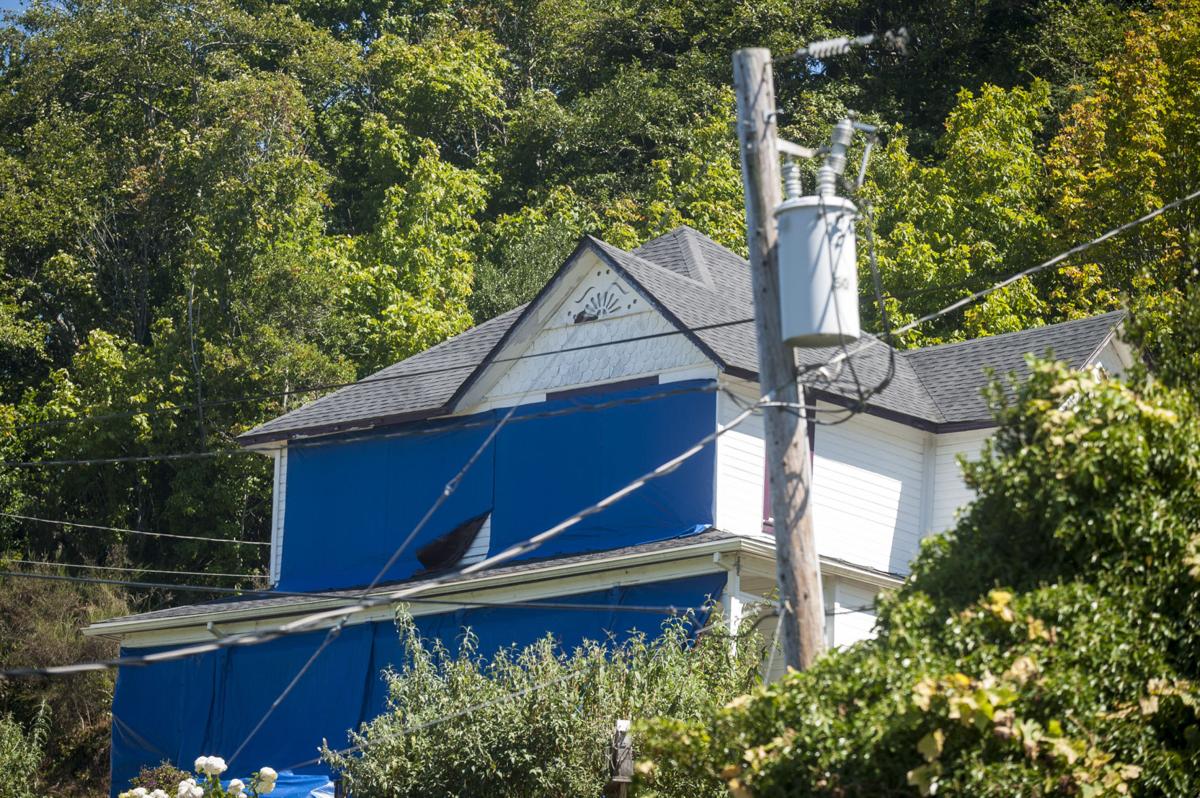 Blue tarps cover the face of the Goonies house. 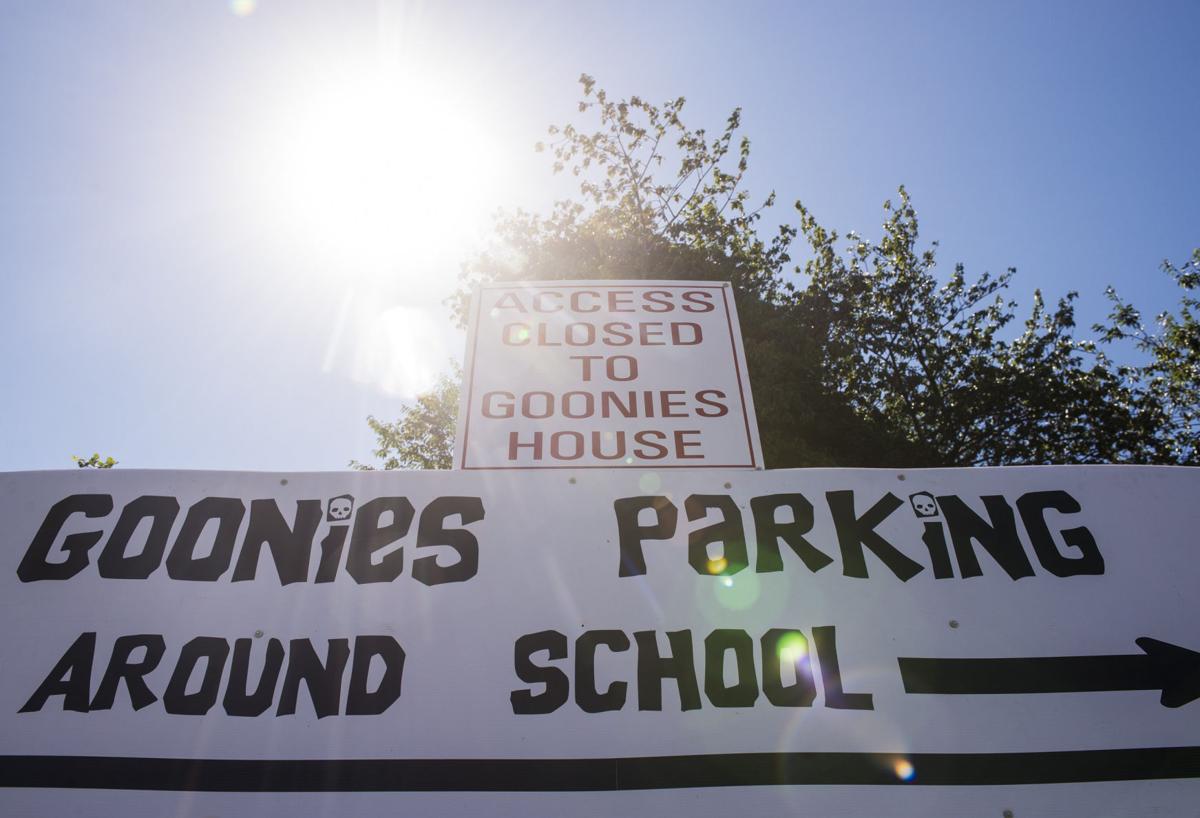 Signs along Duane Street show that access is closed to the Goonies house. 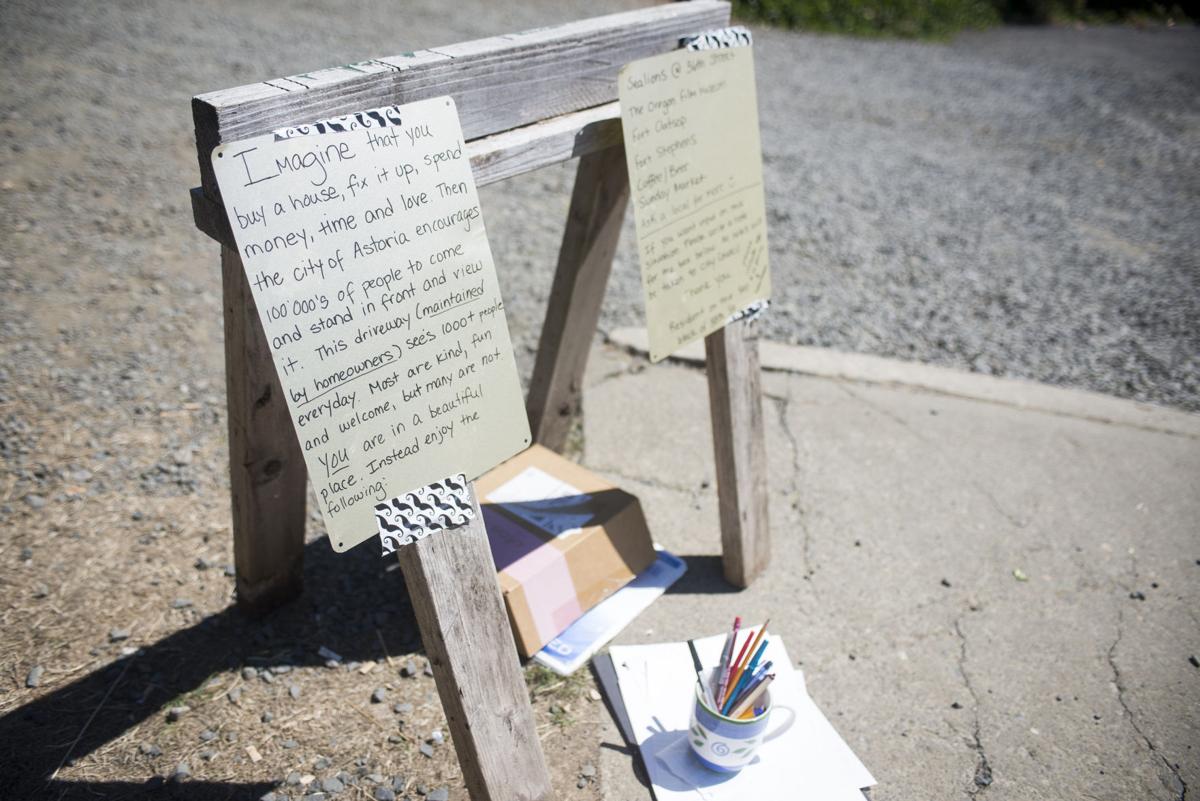 A sign outside the Goonies house driveway invites guests to visit other places around Astoria as well as write their opinions to be shown to the City Council at a later date.

Blue tarps cover the face of the Goonies house.

Signs along Duane Street show that access is closed to the Goonies house.

A sign outside the Goonies house driveway invites guests to visit other places around Astoria as well as write their opinions to be shown to the City Council at a later date.

It turns out, when it comes to capitalizing on “The Goonies” as a big-time tourist draw, there can be too much of a good thing.

Just a few months after the Astoria-Warrenton Chamber of Commerce staged the film’s 30th anniversary celebration in Astoria and Cannon Beach, both the chamber and the city of Astoria are now trying to keep Goonies fans away from the iconic house featured in the 1985 cult classic.

For 14 years, homeowner Sandi Preston has let fans — within reason — approach, photograph, gawk at and geek out on her property in Uppertown. On occasion, she has even opened up her house to them.

But, with an estimated 1,200 to 1,500 visitors swarming around the house almost every day this summer, Preston and her neighbors near 38th and Duane streets are experiencing fan fatigue.

“The tourism at the Goonies house has, over the last three or four years, absolutely exploded,” Warr said at Monday’s City Council meeting.

Preston recently asked the chamber and the city to do whatever they can to limit public access to her home.

“She was overwhelmed and looking for help to try to get some semblance of normal life back,” Regina Willkie, the chamber’s marketing director, said. “It’s just a constant stream of people coming at all hours of the day.”

To help stem the tide, the city placed a sign near 38th Street on Monday that reads: “Access closed to Goonies house.” Two months ago, the city posted signs prohibiting Goonies parking on 38th Street, an effort that has lessened vehicular traffic at the house but not foot traffic, Warr said.

“Most people ... think that it’s an attraction, when it really, in fact, is a private residence,” he said.

Though the narrow, dead-end street is still open to the public, Preston wants fans to respect her privacy and stay off of the premises.

“The (caliber) of people/generations is changing, and not for the better,” Preston wrote on the The Goonies 30th Anniversary Facebook page. “They don’t have a sense of family or community but feel entitled and let no one get in their way. We see it daily with the threats against us; all because we choose to have some privacy. It’s been unrestricted for 14 years and we are worn out.”

Preston has put up blue tarp around the front and side of the house to prevent fans from advancing into her yard, stepping onto her porch and peering through her windows — a not uncommon occurrence, Warr said.

The overwhelming majority of Goonies fans are “lovely, friendly, warm people,” he said. “But there are a few who are really abusive, and several have refused to leave the property when asked to. They’ve offered to fight the homeowner. And those kinds of things are the things that make it really impossible for them.”

While some fans have made their displeasure known, others got the message.

“We were disappointed. We just wanted to take a quick picture to show that we were there,” Emerald Bishop of Bremerton, Wash., said, retreating from the Goonies house Monday with her new husband, Bradley Bishop, and their chihuahua mix, Ollie. “But we were fine with not being able to see it; we know that it’s a private residence and that people live there.”

Neighbors began to notice that Goonie fandom was reaching critical mass well before the 30th anniversary, according to Roger Warren, who lives near 38th Street.

“A couple of years ago, we saw it just turned into a circus. During the summer months, it was just thousands and thousands of people,” he said, adding that drivers in the vicinity often faced solid gridlock. “It just got out of hand in our community.”

That’s when Warren and others approached the chamber, which has since tried to shift the fan focus away from the Goonies house.

In a recent email to their Goonies fanbase, the chamber wrote: “With vandalism, theft, excessive litter, obnoxious parking jobs, late night visitations and more the neighborhood has quite the turmoil in their backyard.”

Warren estimates that between 10,000 and 15,000 people visited the Goonies house during the 30th anniversary celebration in June. This figure matches the chamber’s estimate — 12,000 to 15,000 — of how many people pilgrimaged to Astoria specifically to commemorate the pop culture phenomenon.

The chamber has urged fans to view the house from a distance — for example, from Columbia Fields below the house or from the Astoria Riverwalk at 35th Street.

The chamber had hoped the Oregon Film Museum — housed in the old Clatsop County Jail building used in “The Goonies” prison break scene — would draw people away from the Goonies house. The film museum offers the house as a backdrop on their green screen set, where people can insert themselves into an image of the house as an alternative to visiting it. “Now I think they just do both,” Willkie said.

In addition, the Astoria Riverfront Trolley has asked conductors, when they point out the Goonies house, to discourage visiting.

During a recent meeting among city staff, the idea of turning the street into a private road was discussed but not acted on, Warr said.

Willkie said the chamber may petition the city to go that route. “In the near future, that house may not be accessible for people to walk up to,” she said.

Will Caplinger, a neighbor with a background in land use planning, argues the city has violated Astoria’s comprehensive plan by allowing Goonies activities to grow unchecked in the neighborhood.

“There are rules that must be followed with these sorts of things,” he said. “If somebody proposed this use out of the blue, it would for sure go through the land use process.”

In practice, if not on paper, the neighborhood has morphed from a residential into a commercial area, he said.

“The city has done this action without even an inkling of a thought as to how (we should) preserve the residential character of this neighborhood,” he said.

At Monday’s council meeting, Warr acknowledged, now that “the monster’s been created,” “it’s a really difficult problem, and I think that it’s going to take some time to cure. But the city and the chamber together are working very hard to try to figure out what to do with it.”