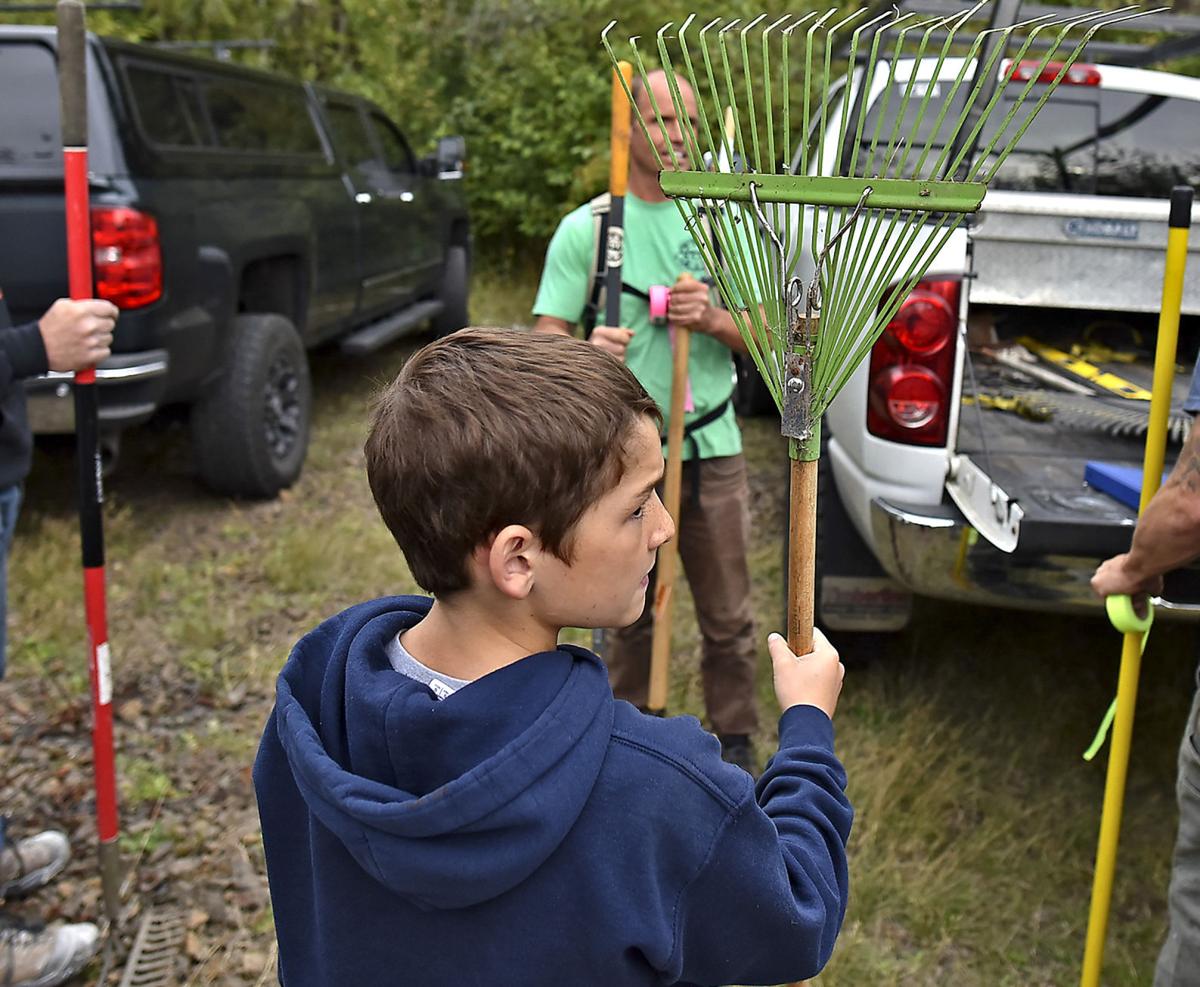 Hayden Halsen stands ready with a rake to help work on a mountain bike trail. 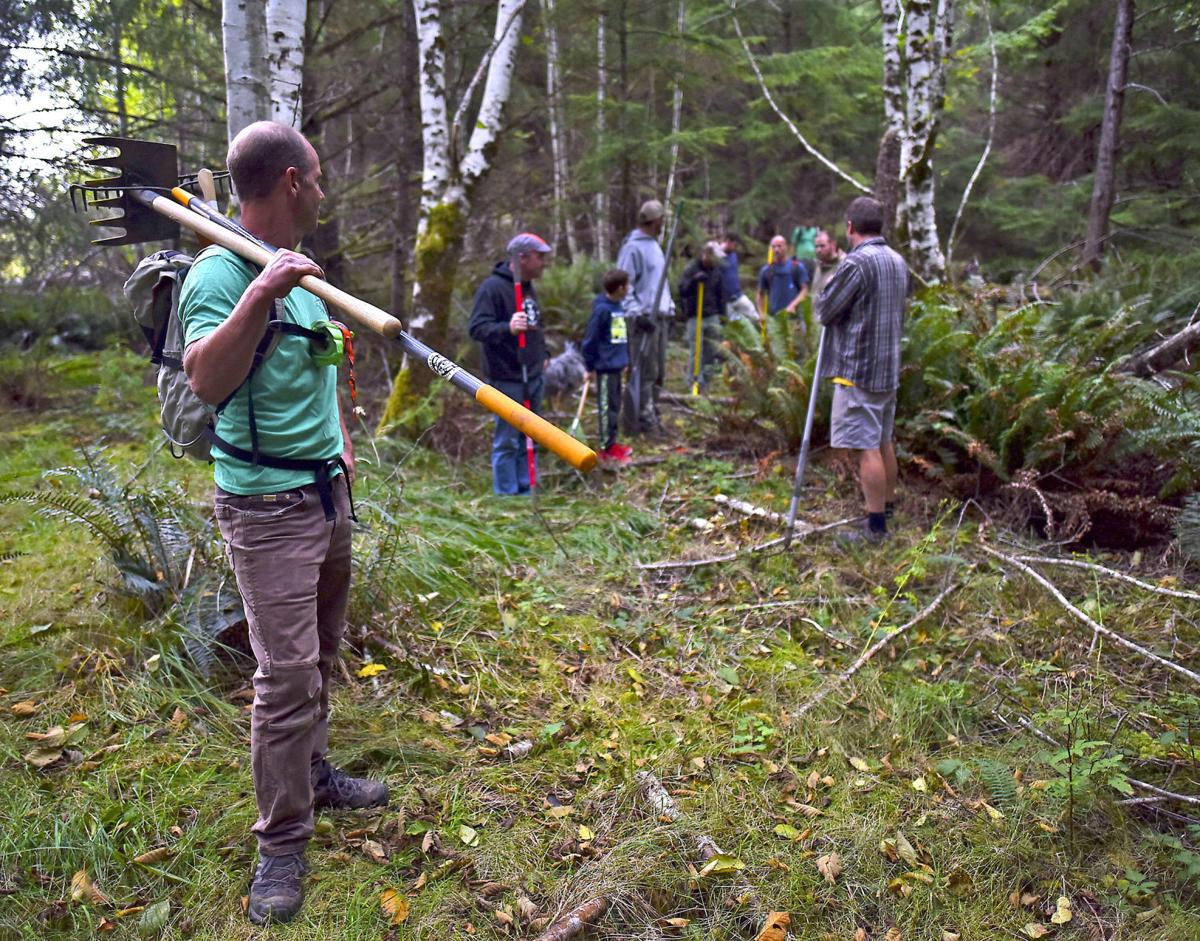 Mountain bikers head out into the woods near Klootchy Creek County Park. 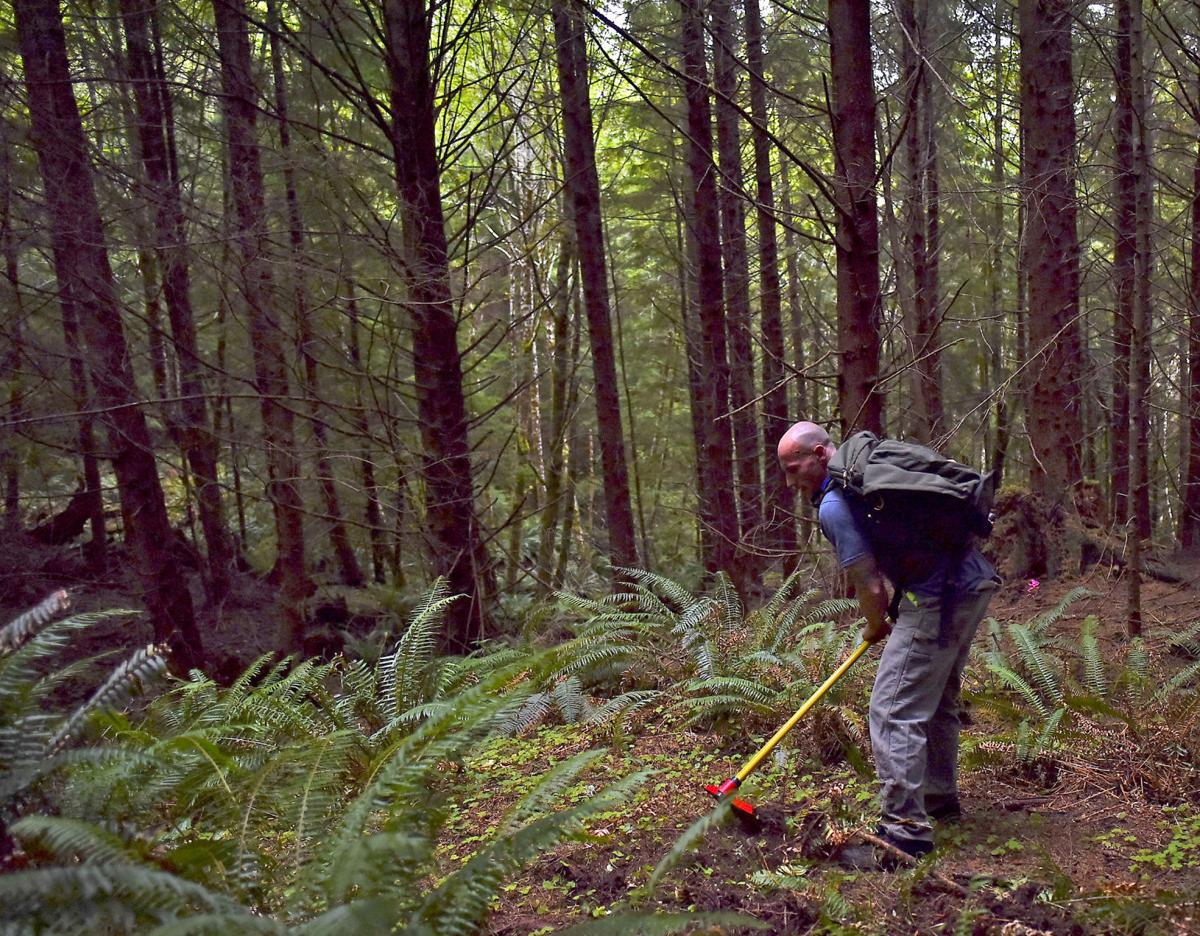 Hayden Halsen stands ready with a rake to help work on a mountain bike trail.

Mountain bikers head out into the woods near Klootchy Creek County Park.

Add mountain biking to the list of recreational possibilities in Clatsop County.

Last week, the North Coast Trail Alliance began clearing out future riding areas on Lewis & Clark Timberlands north of Klootchy Creek County Park. Riders and Greenwood Resources, which manages the timberlands, have agreed to 6 miles of downhill, single-track trail to start, with a goal of expanding to 40 miles over the next few years.

“That’s our goal here, is to make it a destination of mountain bike trails,” said Chris Quackenbush, the alliance’s vice president. “We’re already set up for tourism out here. This network of trails would just bring more people to the area.”

The alliance is a chapter of the International Mountain Biking Association. Since its founding, the group has reached out to public and private landowners seeking a place to ride.

“There’s so much land out here and no one has tried to work with us. We just ran into a bunch of dead ends,” Quackenbush said.

David Dougherty, a forester for the timberlands just off U.S. Highway 26, was driving his truck out of the forest last year when he encountered a man riding a bike and carrying a bow for elk hunting. As they were chatting, the man, Tyler Bartel, spoke about the lack of mountain bike trails in the county.

The conversation sparked an idea for Dougherty. Bartel gave him contact information for members of the alliance. After reaching the agreement, the alliance presented its plans to Clatsop County commissioners earlier this year. Visitation at Klootchy Creek has dropped since a Sitka spruce, the largest tree in Oregon at the time at 200 feet tall, was heavily damaged during the Great Coastal Gale of 2007.

“It just seems like a good fit for the trail area because the main logging road comes right through the park,” Steve Meshke, the county’s natural resources manager, told commissioners. “Since the spruce tree fell in 2007, you know, that park has just gone downhill, downhill. But I think this would be a good addition to the park.”

The storms shortened the tree and left it vulnerable to toppling before the county cut 40 more feet from it in 2011. Half of the park’s parking lot was closed due to the potential danger of the rotting tree.

Now, depending on how popular the mountain biking becomes, the lot may be expanded again. Since the closed portion of the lot still has gravel on it, the task would not be difficult, Meshke said.

“We’re just, kind of, replanting what was already there,” Meshke said. “It’s a matter of moving some boulders and painting some white lines.”

In addition to building a place to ride, the alliance also points to additional tourism dollars as a potential benefit.

Riders often cite a 2014 University of Oregon report about the 350 miles of mountain bike trails near Oakridge. The small town in Lane County struggled for decades after a large lumber mill closed. The report found that mountain biking brought an average of $3.2 million annually, accounting for 5 percent of the economy and helping to revitalize the city. The report also found that up to 15,900 trips to Oakridge each year were a result of the trails.

“This is just an option that can really help brighten their trip when they’re out here,” Quackenbush said.

Issues have popped up at Oakridge and other places when mountain bikers of different skill levels, hikers and others have tried to use the same trails. The fact that the downhill, single-track trails will start at the top of a large hill with clear signage will likely keep other users away, Quackenbush said.

“You can have 100 people out here and they won’t see each other,” Quackenbush said.

Riders will need to obtain a free recreational permit but will not be charged any fees, Dougherty said. The trails could rope in new visitors to the timberlands. Greenwood Resources owns 140,000 acres of land in the county for timber harvesting, but it has been looking to make use of the land in other ways.

“As the largest forest land manager in the county, there’s not a lot of recreation that happens on these forest lands, so this is an excellent opportunity to bring an extra user base that hasn’t always been present in this county,” Dougherty said.

The Oregon Coast Visitors Association gave the alliance a $25,000 grant for the project. In addition, Greenwood has agreed to chip in $7,000 to clear some of the heaviest brush.

Most of the grant money will go toward a project master plan, which could be finalized by October. After clearing some light vegetation last week, alliance volunteers plan to start building the trails in November.

After finishing the first couple of miles, alliance members will begin riding as they continue to build. Trails will likely be rideable by November, Quackenbush said.

“We just want to get out there so we’re having some fun while we’re building the rest,” Quackenbush said.

Quackenbush said he’s heard interest from mountain bikers throughout the region in riding and even helping to build the trails. Dougherty, who has biked in the past, even joined the alliance six months ago and helped them get started last week.

“It’s definitely a lot of fun and something I’m going to get back into,” Dougherty said. “I’ll be out there with them.”