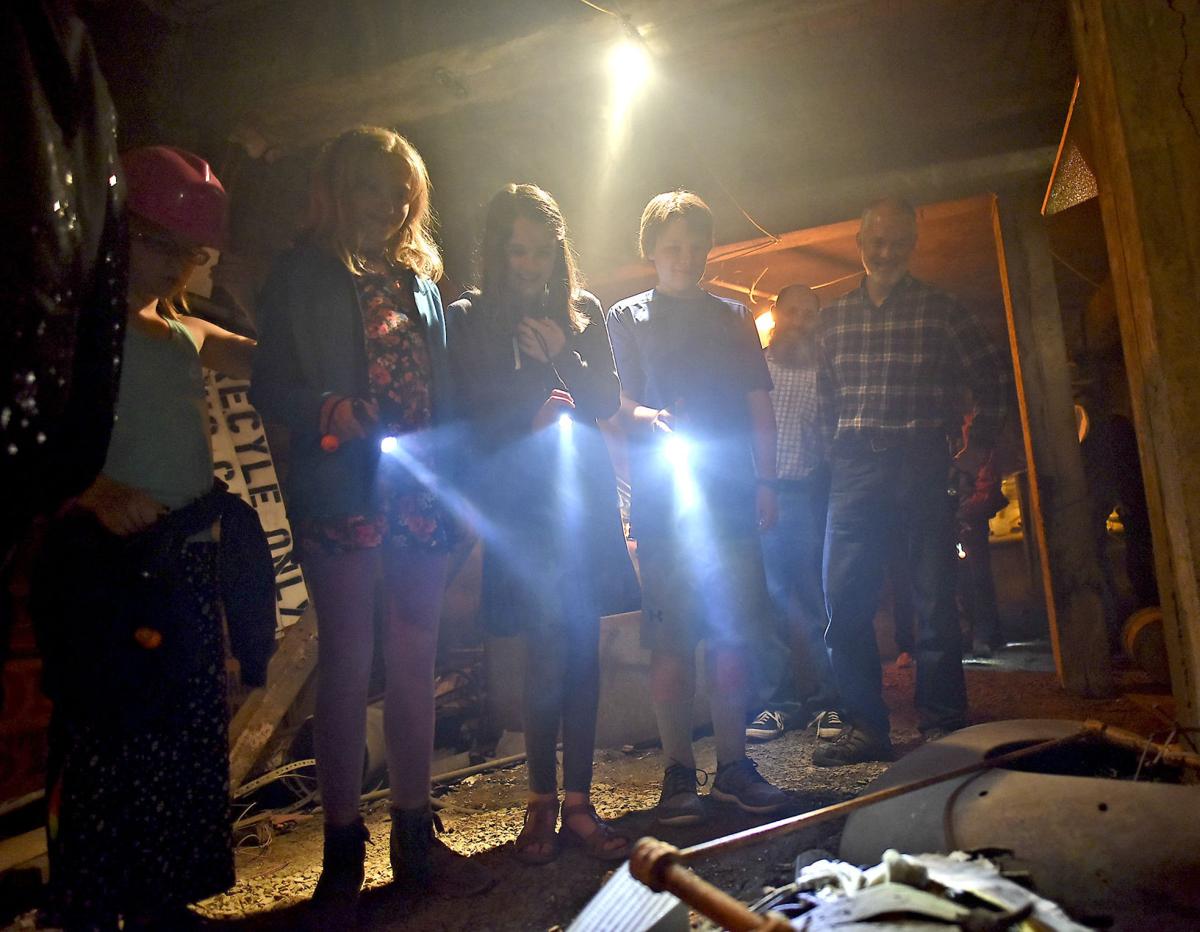 A group takes a tour of the tunnels under the streets of Astoria. 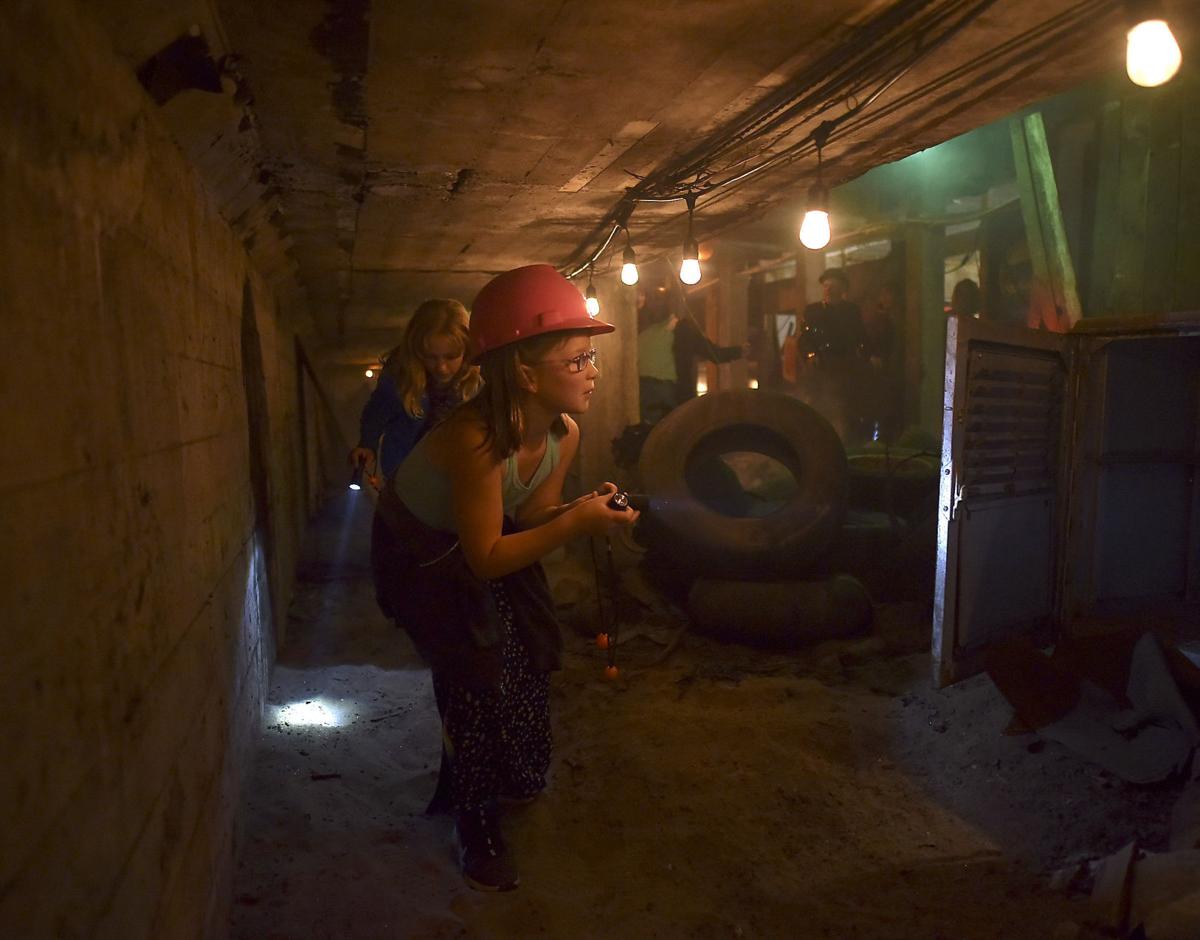 Clara Moore makes her way through a narrow tunnel during a guided tour of the tunnels. 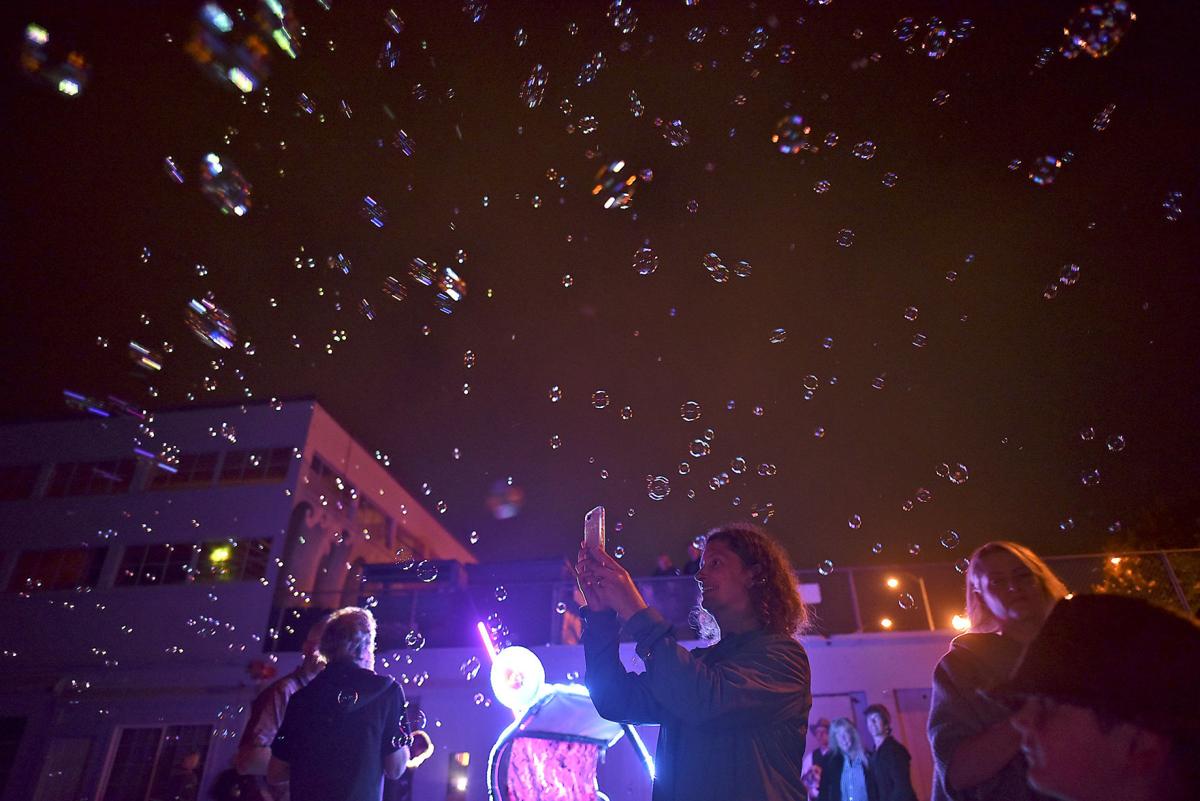 Bubbles fill the air during an event sponsored by Jeff Daly to preview the upcoming tours of the tunnels under Astoria.

A group takes a tour of the tunnels under the streets of Astoria.

Clara Moore makes her way through a narrow tunnel during a guided tour of the tunnels.

Bubbles fill the air during an event sponsored by Jeff Daly to preview the upcoming tours of the tunnels under Astoria.

A steady stream of people made their way Saturday through the gate of a cyclone fence underneath the sidewalk on Marine Drive, aching to see the underbelly of Astoria.

Tour guide Mark Barsekian gave them a peek into the dark, gravel-lined passageway ending in a makeshift squatters camp piled with wood and half-buried tires, a re-creation of where some in the city used to lay their heads at night.

Saturday provided a preview of the underground Astoria tours set to debut in full on Thursday by Jeff Daly, a retired videographer and Astoria native known for his eccentric projects highlighting quirky points of the city’s history.

Three years ago, Daly leased a subterranean garage at the corner of 11th Street and Marine Drive to use as his personal workshop. He received constant inquiries from people anxious to explore the city’s extensive underground network of tunnels and chairwalls, built in the early 20th century to elevate downtown above the Columbia River tidal flats, he said.

“We all used to do this as kids,” Daly said. “The entire underground was our playground.”

Daly’s tours start underneath the sidewalk of Marine Drive and meander along a rough gravel path past buried tires, broken glass and other detritus left behind through the years. He and his fellow guides tell visitors about the city’s history, such as the fires that burned much of downtown in the 1920s and the concrete underbelly keeping downtown above water.

Barsekian and Daly, who met through Barsekian’s work in the local service industry, partnered on writing the script for the underground tours, testing them out on select groups and evolving the experience based on people’s interests.

“When we finally got people down here, the dynamics of it changed, because we were able to play off their energy and their responses,” Barsekian said. “Nobody’s in charge of what we tell people or don’t tell people, as long as it’s the truth, to the best of our ability. So we can tell them whatever we want. This is our tour, and we want them to have fun. That’s the goal.”

The tour passes a re-created underground squatter’s wall and touches on quirky characters from the city’s past. One is Jack the Cat, who Daly described as an African-American former Navy submariner who used to give $1 shoe shines underground below a former barber shop.

“He never went above,” Daly said. “The barbers always got his groceries and everything else.”

The tour stops by an exhibit on the Astoria Clowns, a former civic group that included Daly’s father. It snakes around Daly’s workshop under the sidewalk on 11th Street to a vent for a former auto body shop, used by Daly as a prop to describe the shanghaiing of unsuspecting sailors onto ships.

Off to the sides are smaller tunnels, blocked by gates, leading to the city’s extensive underground chairwall network lined with live electrical lines, gas pipes and other dangers. Jeff Harrington, the city’s public works director, said the city’s only concern was that Daly restrict the tour to his space.

Beyond restricting the public’s access to Daly’s property, “it’s really no different than Hotel Elliott having the cigar bar down there,” Harrington said.

Daly hopes to expand the tours to an above-ground discussion about the city’s architecture, then take people beneath Carruthers Restaurant to themed rooms mimicking Chinese bunkhouses, a dental office and a mortuary, finishing off with a speakeasy where people can end their adventure with a drink.

Tickets are available at brownpapertickets.com. For more information, visit oldastoria.com