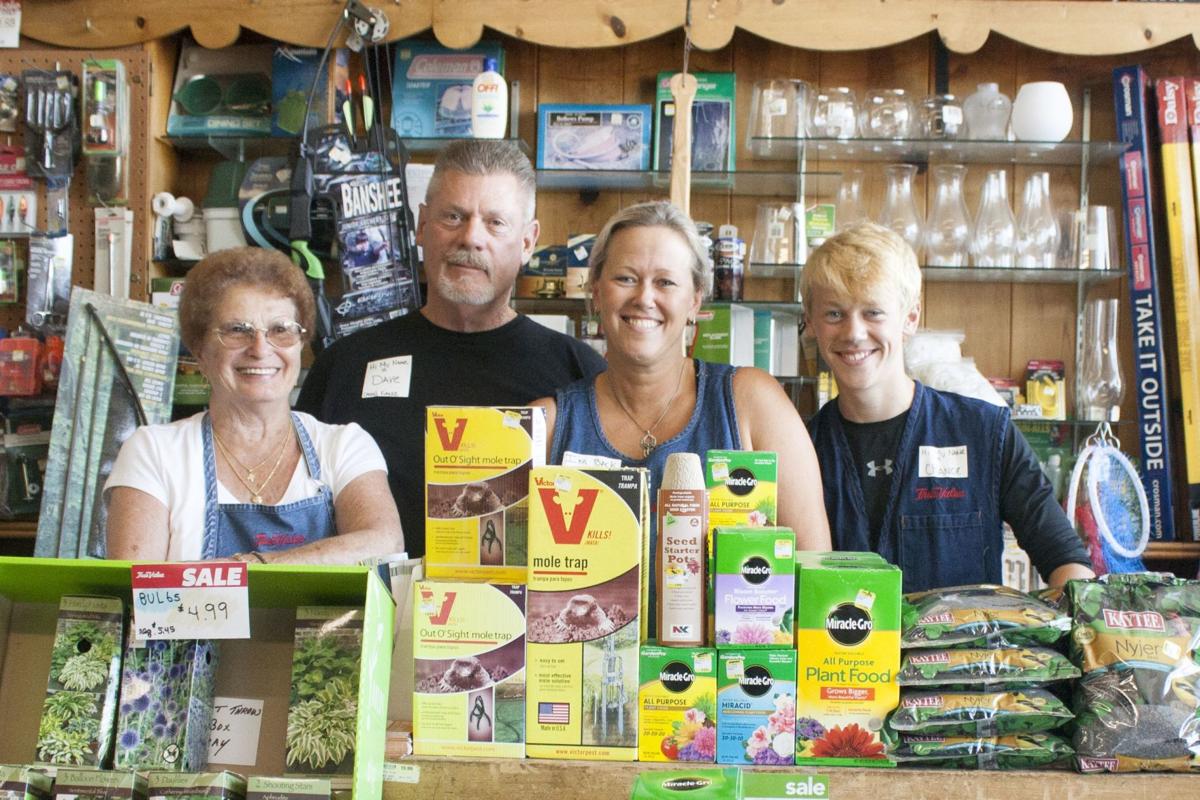 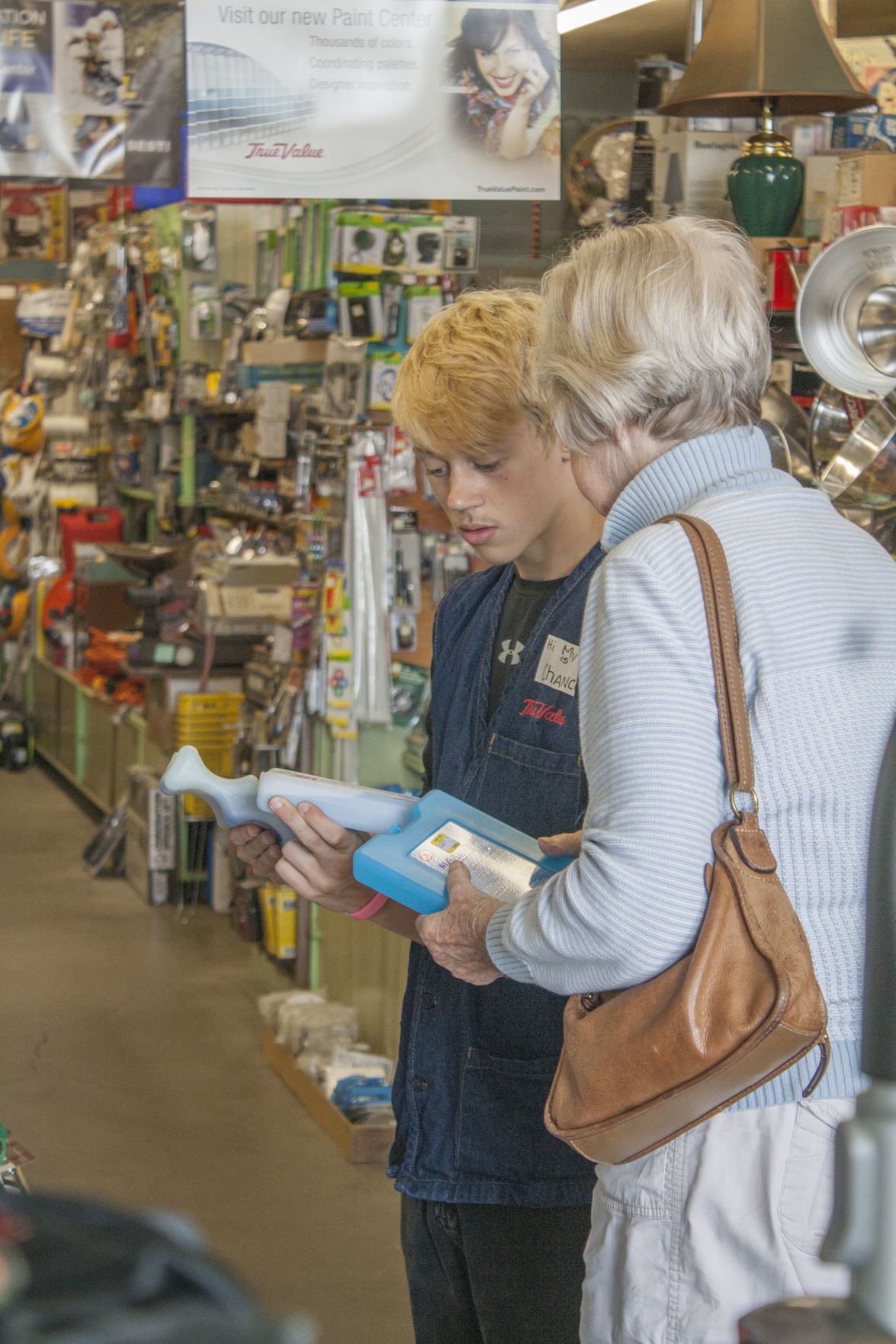 Chance Utzinger, 15, grandson of the late Grover Utzinger, has been learning the vast inventory at his grandfather's business, here helping one of his longtime customers, Rae Goforth.

Chance Utzinger, 15, grandson of the late Grover Utzinger, has been learning the vast inventory at his grandfather's business, here helping one of his longtime customers, Rae Goforth.

Grover Utzinger’s last day was June 2, both on earth and at his local landmark shop, Utzinger’s True Value Hardware.

“Dad says ‘at least when I go, I can say I did it my way,’” said his oldest daughter and executor of his estate Cassy Utzinger.

An employee of Wauna Mill for the past decade, she decided to take on the family business and Monday reopened Utzinger’s.

Everything in the store’s the same, and the store still offers nearly everything.

Bonnie Hellberg, an employee for 38 years, still works at the store, along with Utzinger’s siblings, Albert and Teresa, and her son, Chance Searls.

Her fiancé, David Willoughby, helped push her to reopen the store, a community institution in Miles Crossing. There’ll be one change at the store, he joked: An upgrade from Grover’s paper slip to a neon ‘OPEN’ sign.

Cassy, who worked at Utzinger’s for 22 years before leaving for Wauna Mill in 2003, said she’s learning the inventory and is bringing specialty consultants to help decide what the store needs.

“Dad pretty much had it on paper at home,” she said. “We’ll try to get more up-to-date electronically.”

After finding out Grover’s death, his customers paid tribute to him on social media and at the closed storefront. Many recalled times he had helped them find what they needed and how friendly he was to his customers.

One such customer stopping in for the first day of business Monday was Rae Goforth, who’s been shopping at the store since 1970 and had visited on his last day.

“I loved that man,” she said, adding that he had a fantastic memory bank. She recounted one instance, when he helped her find a specialty bottle cap for pouring salad dressing, priced at 37 cents and likely from the 1970s.

Grover was a busy businessman, over his life owning a self-service laundry, Custard King, Columbia Tavern, Charlie’s Tavern and Mermaid Tavern. He was also a local contractor in Astoria.

Everything in the store’s the same, and the store still offers nearly everything.