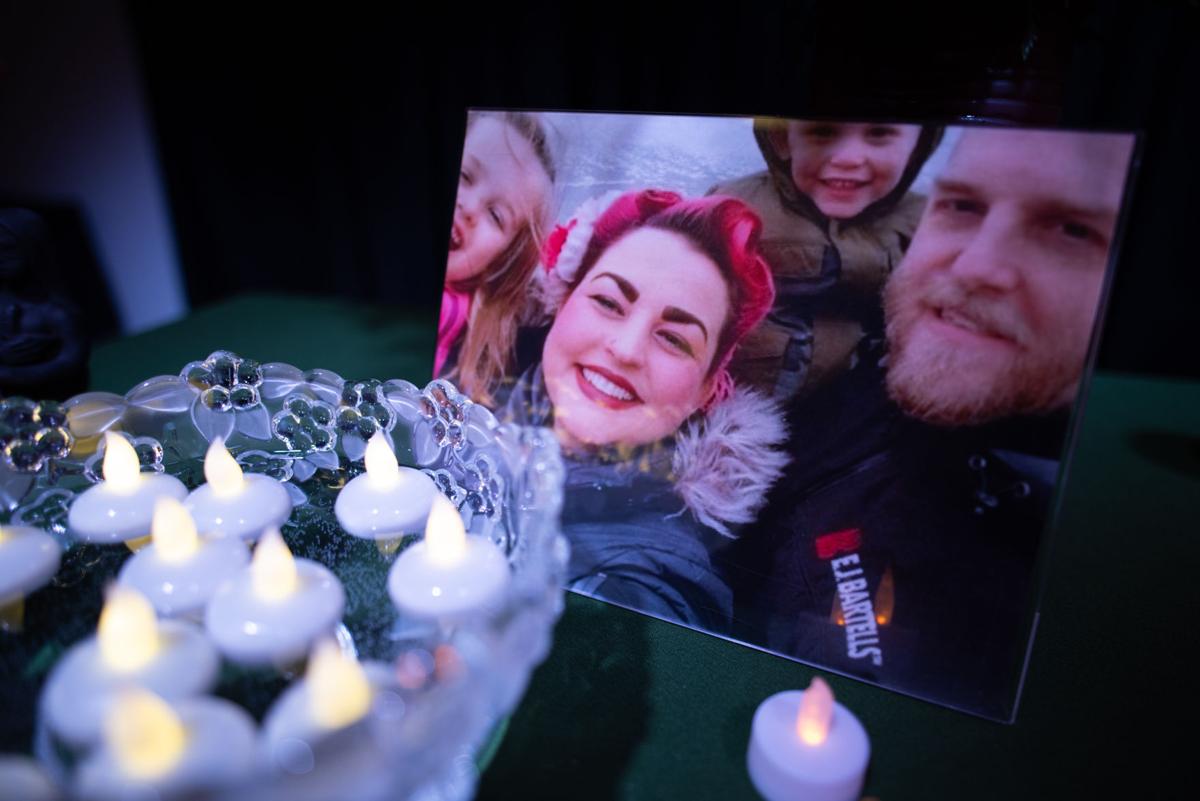 A photo of the Stiles family and a bowl of floating candles sits on the table on a stage at the vigil. 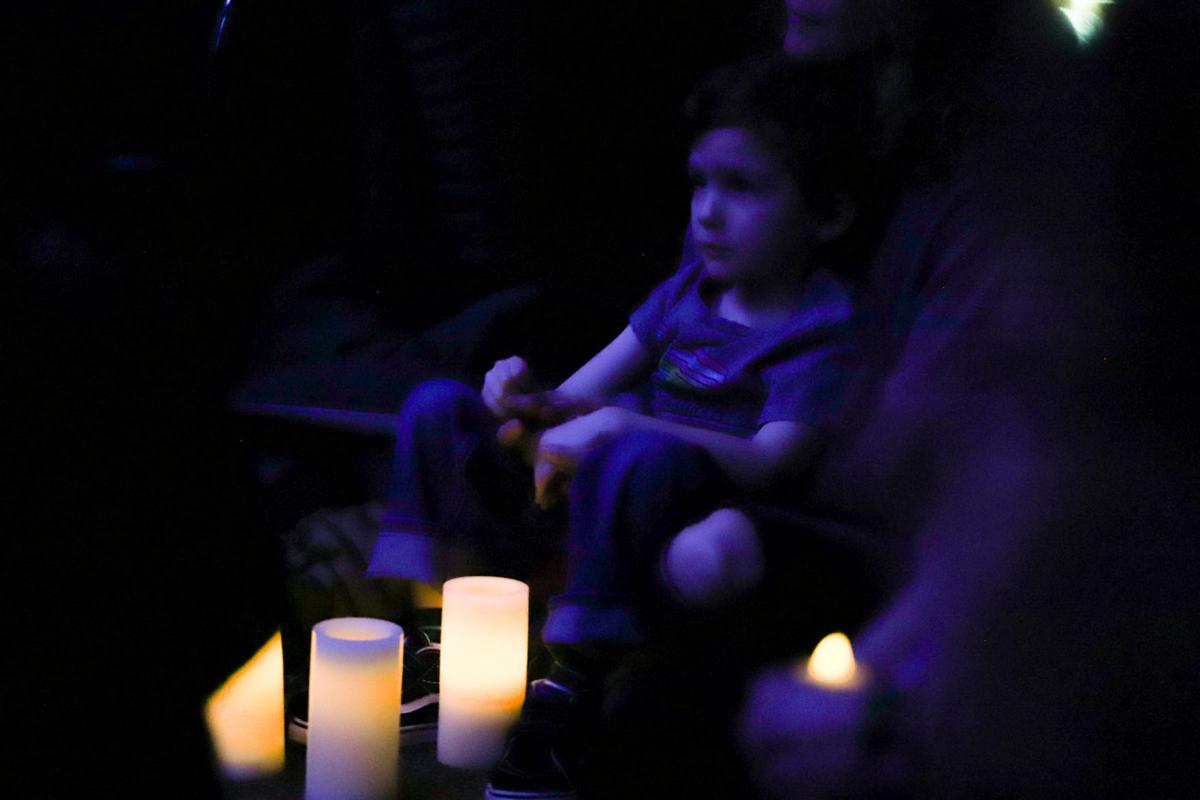 Oly Hickman sits with his mother, Kathryn, at the vigil. 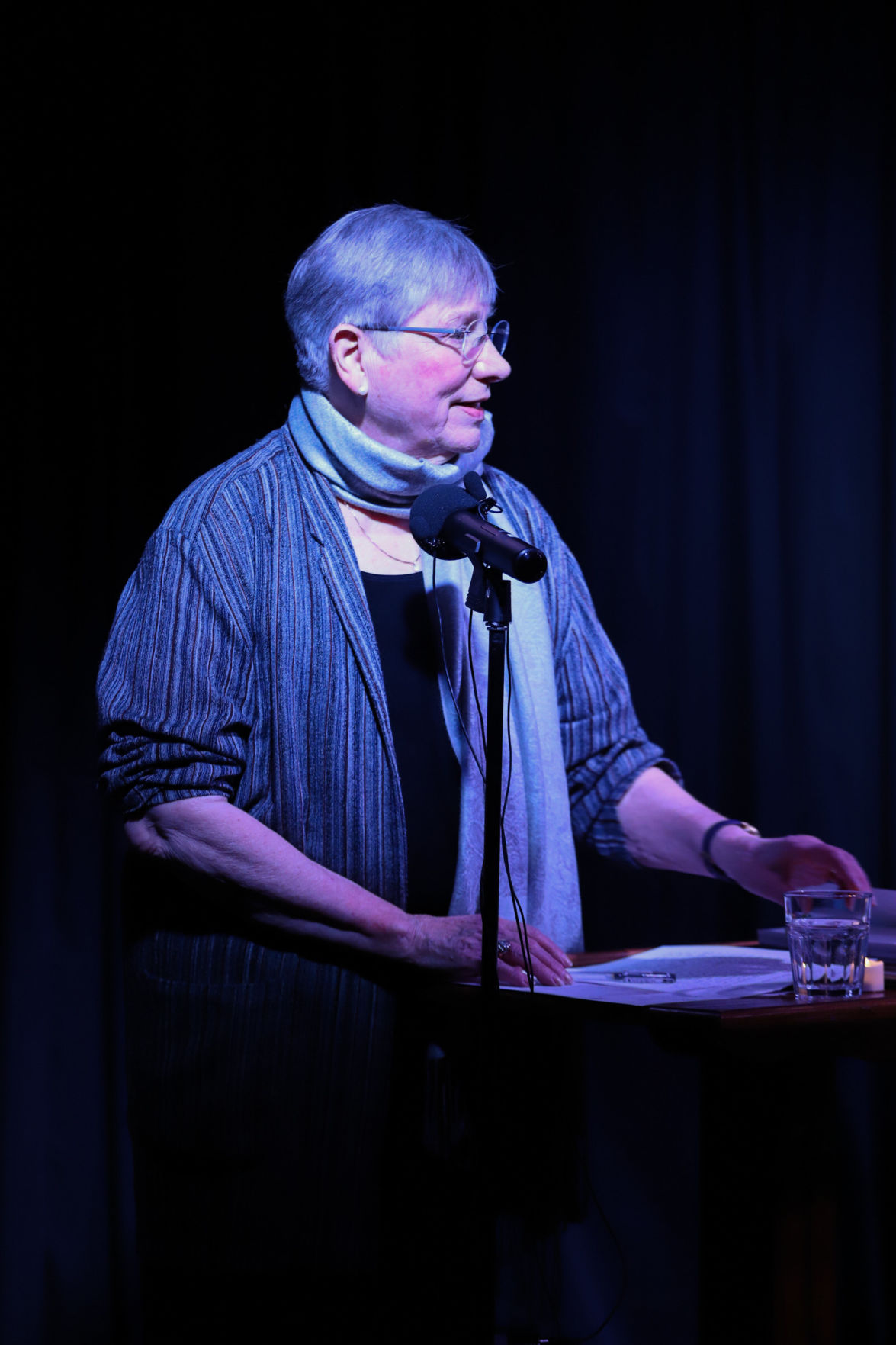 Claudia Johnson, from Nehalem, speaks about the deaths of two children in Falcon Cove and the impact it had on the community.

MANZANITA — Nearly 100 people attended a vigil at the Hoffman Center for the Arts on Wednesday night for the two children washed into the ocean at Falcon Cove over the weekend.

Oregon State Police said Jeremy Stiles, 47, of Portland, was holding his children on the shore when they were caught by a wave that pulled them into the water.

According to a GoFundMe page set up for the family, Stiles is recovering from hypothermia.

In a Facebook message Wednesday night, Jamie Stiles, the children’s mother, thanked people for “providing light to my dark days.”

“Words cannot express how grateful I am for the outpouring of love and support to my family,” she wrote. “I am not OK right now but am in treatment and will reach my new normal someday soon. I have read every single comment and message sent our way and feel like each one adds a tiny drop of glue to my completely shattered heart.

“I know Lola and William are surrounding us with their beautiful energy as we navigate a path to peace and healing.”

Claudia Johnson, of Nehalem, spoke at the vigil prior to a moment of silence.

She said she called Vestal Elementary School, the school Lola attended in Portland, to tell them about the vigil and learn more about the girl and her family. The school decided to also hold a vigil for the children on Thursday.

Johnson showed a glimpse of what the family is like through descriptions Vestal’s principal, Sabrina Flamoe, shared with her.

“Every morning, the mom and the grandma would bring coffee and pastries because she owns a bakery. And so they would bring Lola to school and the little 4-year-old, William, would come with, and she said he would come flying, literally, into the room ... that he would just bring such joy and that they were really great kids,” Johnson said.

She described them as generous people.

“We don’t need to know the family, and we don’t,” Johnson said.

Several people who work with Jamie Stiles attended the vigil.

One of her co-workers, Vineeta Lower, of Seaside, tearfully asked if she could share a few words. Lower and Stiles work at Oregon Virtual Academy, an online charter school, where Stiles is an administrator.

“Jamie is an incredible, incredible woman. She is the sweetest, kindest person you will ever meet. And she loved those children through every fiber in her being,” said Lower, an educator who ran unsuccessfully for state House in 2018 . “They were deeply, deeply, deeply, deeply loved and I just want to make sure you guys know that.”

Jason Isbell, of Clatskanie, has worked with Stiles for over six years.

Isbell and others said when they found out the family they were hearing about on the news was the Stiles’ family, they immediately went to hug their children.

“As a dad, I hurt for Jeremy,” Isbell said, his arm around his daughter. “When I read the news I went and grabbed her and held her for like an hour.”