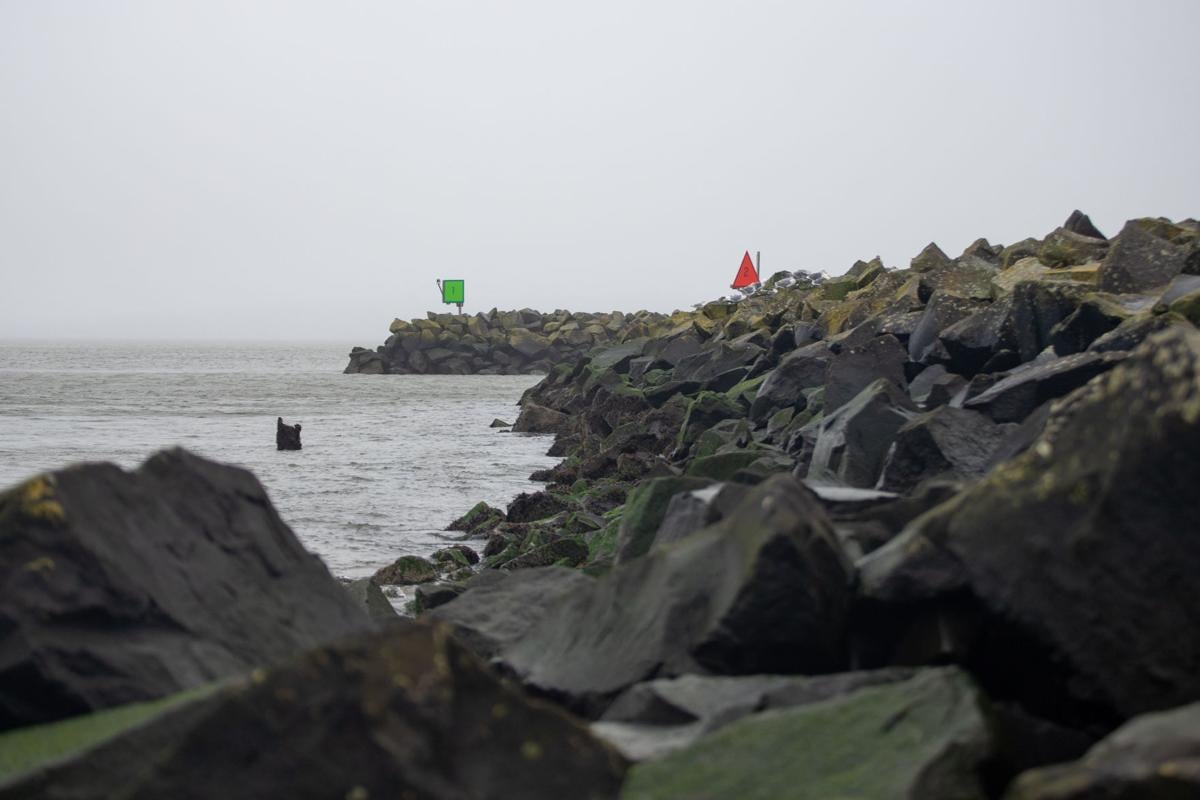 The breakwater surrounding Hammond Marina protects the harbor from waves and the mouth of the Columbia River. The state requires an easement for Warrenton to access and maintain the breakwater. 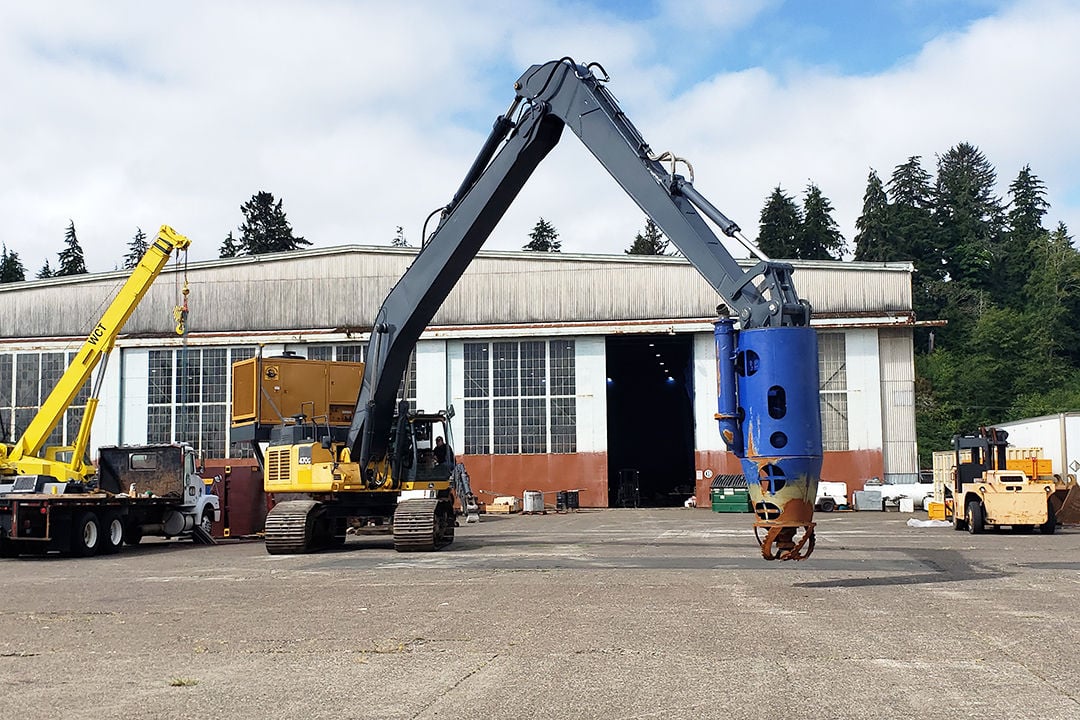 Bergerson Construction recently purchased a hydraulic dredge, attaching it to an excavator that is then parked on a barge and floated into small marinas and harbors. The company will start at least a year late on a dredging project at the Hammond Marina.

HAMMOND — When Warrenton took over the federally built and owned Hammond Marina last year, it also took over a rocky breakwater around the basin. The Department of State Lands, which controls the state’s submerged and submersible lands, wants $7,446 for a 30-year easement to access the rocks.

But Warrenton, already struggling to get the basin dredged, is balking at paying for the easement, arguing the state shouldn’t get paid for something it didn’t build.

Jane Sweet, the city’s harbormaster, said the description of the breakwater is the final step in the city’s acquisition of the Hammond Marina.

Blake Helm, a proprietary coordinator with the state, sent Sweet a letter saying the state needs to grant an easement on the marina breakwater.

“The department also requires a one-time compensatory payment for your use of this property during the term of the easement,” Helm wrote.

Sweet recommended the City Commission approve the payment. Instead, they approved writing a letter of protest to representatives in the state Legislature to avoid paying the lease.

Mayor Henry Balensifer, who broached the idea of the letter, took issue with paying the state for the use of an existing structure the federal government built.

“We’ll get through this, and I’m all for doing the thing we need to do if we have to,” he said of the payment. “But it really is a stick in my craw that every 30 years, we’re going to have to give money to the state for the purposes of having rocks in their submerged lands.”

Ali Hansen, a spokeswoman for the Department of State Lands, pointed out that the 30-year breakwater lease is less than the $6,500 the city paid last year alone in rent at the Warrenton Marina. The Port of Astoria pays more than $27,000 in rent for the West Mooring Basin, and more than $5,000 a year at the East Mooring Basin.

Warrenton doesn’t have to pay for the entire Hammond Marina because it was originally carved out of tidelands by the federal government during World War II to store a minelayer, Hansen said.

“The Hammond Marina is not on state lands or waters,” she said. “They carved out tidelands, so the people of Oregon aren’t owed rent for that.”

But the residents of Oregon are owed for access to structures in their waters, she said, and the department is trying to find a reasonable solution with the city.

While Warrenton protests the lease on the breakwater, the company it hired to dredge the basin will miss the first year of its contract.

The city hired Bergerson Construction for $750,000 to dredge the Hammond Marina over two years. The company was supposed to start last fall, but has been delayed while finishing a dredging project in Westport, Washington.

“They did Westport before us, and it was a marina that had never been done before, so there was a bunch of debris in it,” Sweet said.

Dredge windows typically run from November to February, but only go to December at the Hammond Marina. The city attempted to have its dredge window extended through February. The federal government declined, likely because the city’s permit to dredge lasts for five years, said City Manager Linda Engbretson. The company probably wouldn’t have been ready to dredge in Hammond at any point this season, she said.

Bergerson could next start dredging the Hammond Marina in November. Its president, Greg Morrill, expects the project take two dredge seasons to complete. The project should be easier after the city went through and cleared out debris, Sweet said.

Dredging is a newer business for Bergerson, a marine construction contractor based in Astoria that recently purchased a hydraulic dredge attached to an excavator and parked on a barge. The company, able to win many regional contracts because of its low mobilization costs, hopes to capture the dredging market for small harbors and marinas. It recently secured another three-year dredging contract with the Port of Astoria at the West Mooring Basin set to start in November.

After learning of the delay at a recent City Commission meeting, commissioners shared their consternation. City Commissioner Pam Ackley wondered what happens if Bergerson doesn’t show up at the beginning of next season.

“Nothing,” replied City Commissioner Mark Baldwin, a building contractor. “We didn’t have liquidated damages in that contract that I’ve seen. And had we, we would pay our own liquidated damages (in project delays), I can tell you that.”

But Warrenton, already strapped for cash, can ill afford to go with another bidder on the dredging. Vancouver, Washington-based Underwater Earth Movers, the other bidder to dredge the Hammond Marina, estimated $1.6 million. The company protested Bergerson’s bid, taking issue with its dredge, proposed schedule, impact on the marina and other challenges that affected the Vancouver firm’s contract.