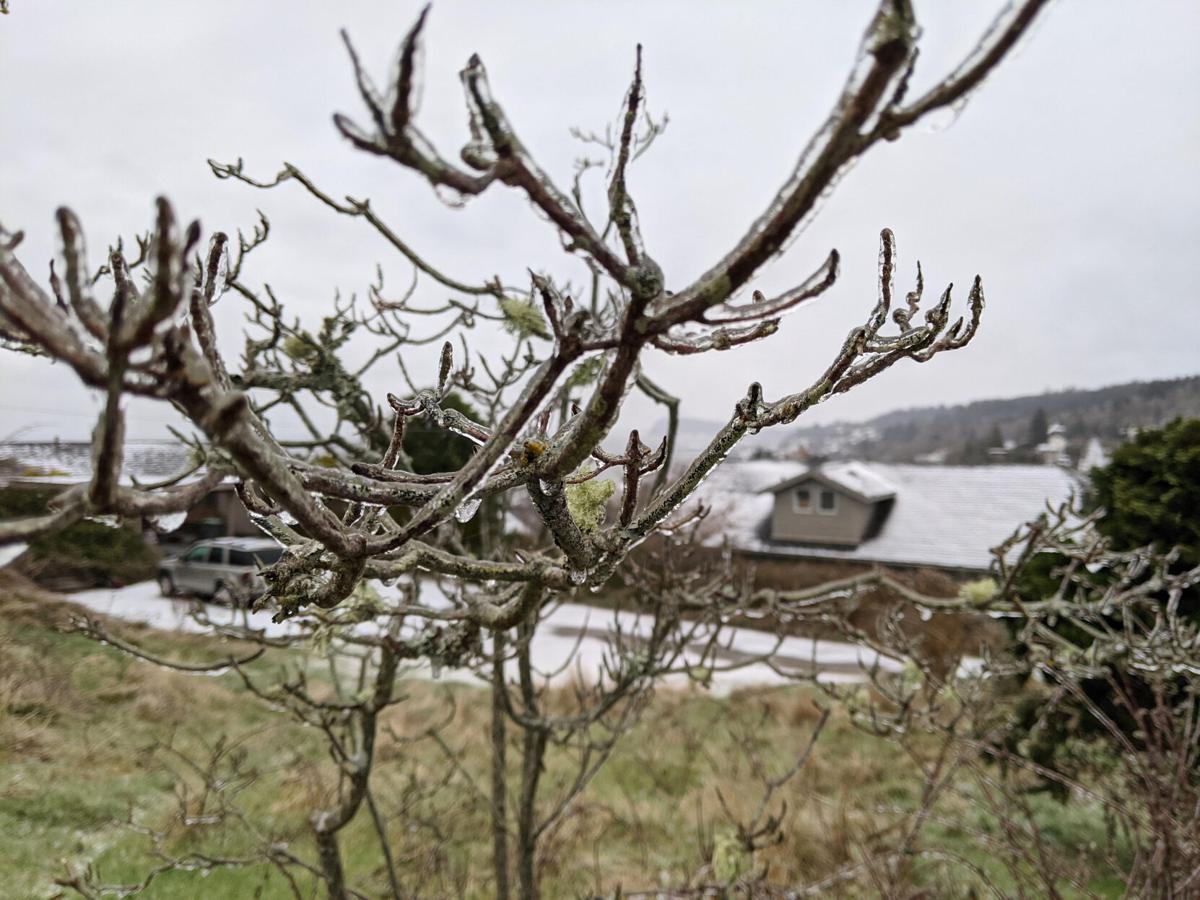 Snow fell in Astoria on Friday. 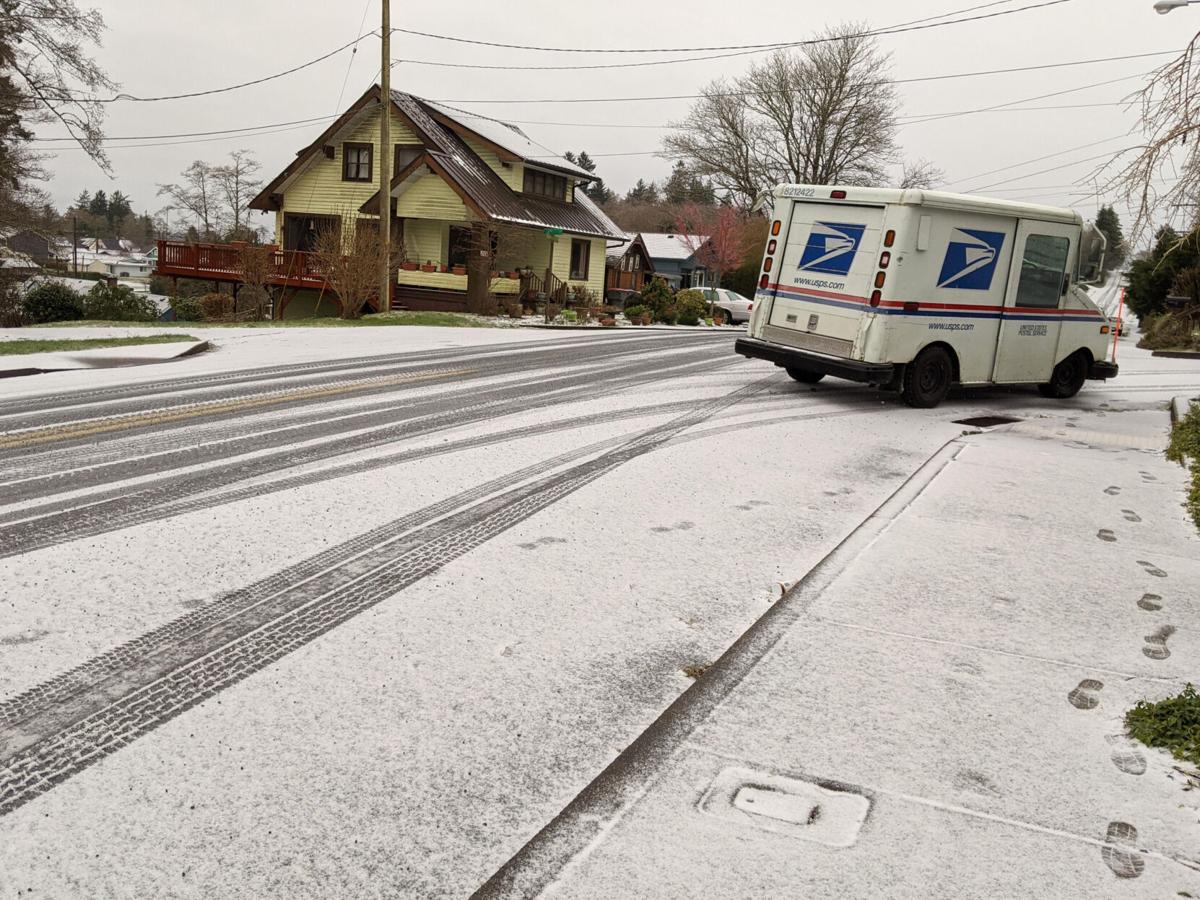 A winter weather advisory was issued for the North Coast through Saturday afternoon.

Snow, sleet and freezing rain around Astoria and Warrenton was expected through late Friday night. Up to one quarter of an inch of ice was expected near Astoria. Snow accumulations are not expected to exceed an inch.

Cold or freezing rain, possibly mixed with snow, was forecast for south of Seaside.

Travel is expected to be very challenging at times. Officials urged people to be prepared for snow- and- ice covered roads while traveling inland from the coast, especially along the lower Columbia River around Astoria and points east.

Schools on the North Coast announced closures and delays because of snow and icy conditions Friday morning.

The Warrenton-Hammond School District canceled classes, instructing all students to instead do classes and coursework from home.

The Knappa School District also opted to close down classrooms in anticipation of wintry weather. Students were still expected to participate in the school day via distance learning and the school district sent home Friday’s lunches with students on Thursday.

Athletic practices were also canceled and will resume Tuesday.

Schools in the Astoria School District were on a two-hour delay, with all students to have remote learning. In-person instruction had only just begun for elementary students Thursday.

In Astoria, snow began to fall and stick around 8 a.m.

Seaside School District students have been operating under a remote learning model this winter. The weather Friday did not change anything for them. The school district plans to phase students back into classrooms next week beginning with the youngest grade levels.

Students in the Jewell School District are still attending classes remotely. After a student tested positive for the coronavirus, the school district temporarily shifted all students to distance learning. All grade levels will return to classrooms four days a week beginning Tuesday.

Lil’ Sprouts Academy, a city-run day care in Astoria, announced it would be closed for the day because of the weather and staff capacity. The center is the largest in the city.

Recology Western Oregon canceled routes for all customers on Friday and closed the Astoria Transfer Station. Recology said it would attempt to get Friday customers serviced on Monday.