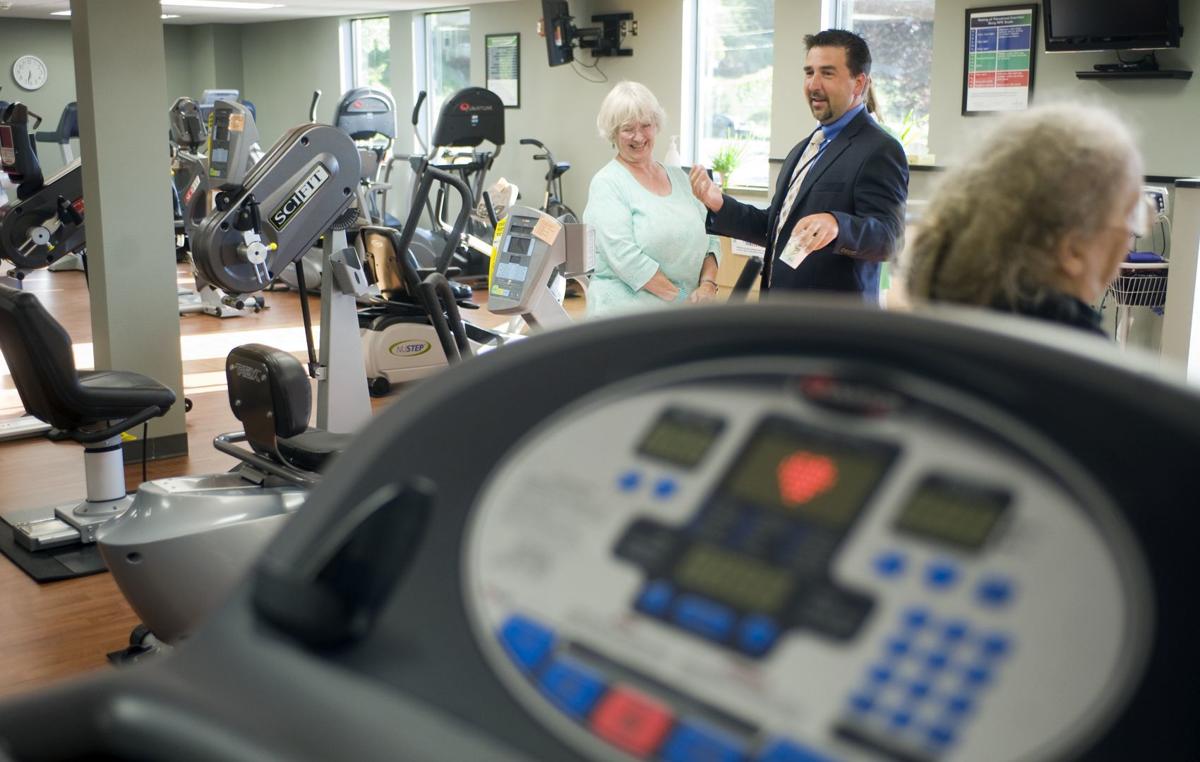 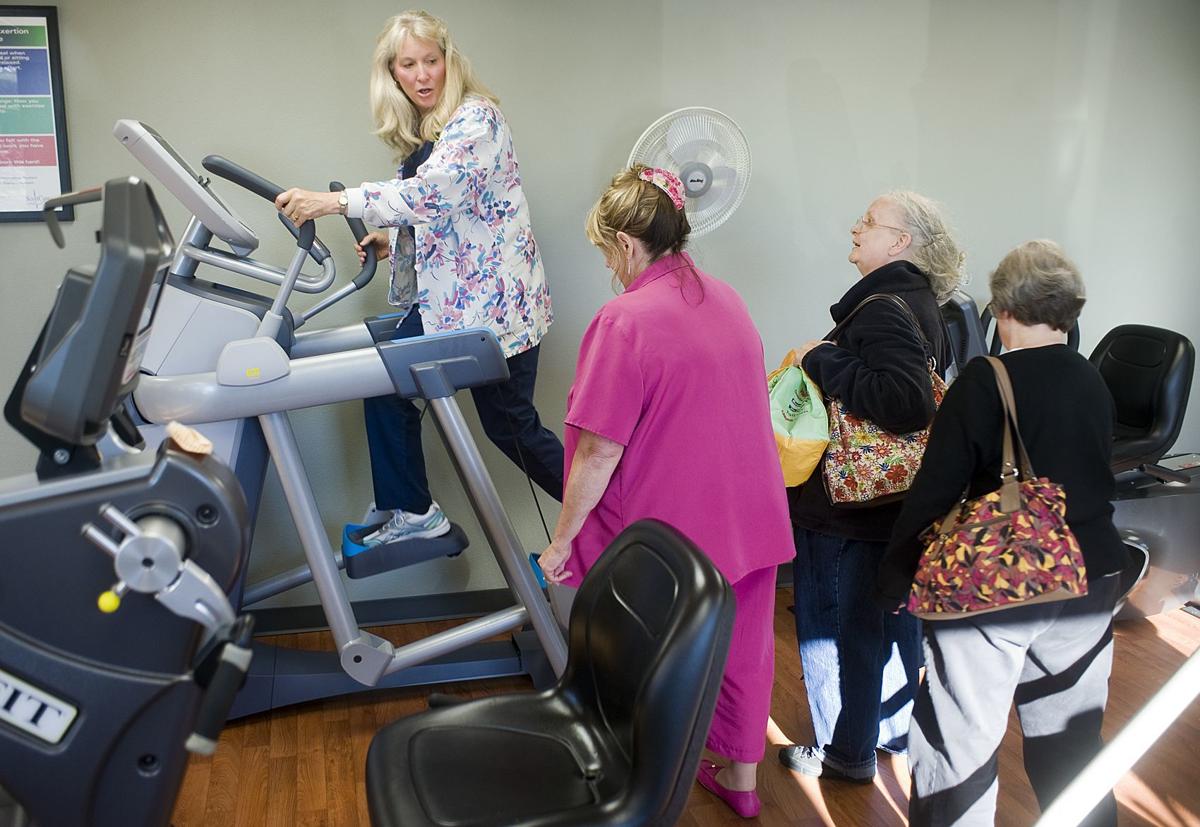 Jennifer Quigley, a registered nurse at Columbia Memorial Hospital, demonstrates how to get a low-impact workout on an adaptive motion trainer during the July 29 ribbon-cutting at CMH's Cardiology & Pulmonary Rehabilitation Clinic. 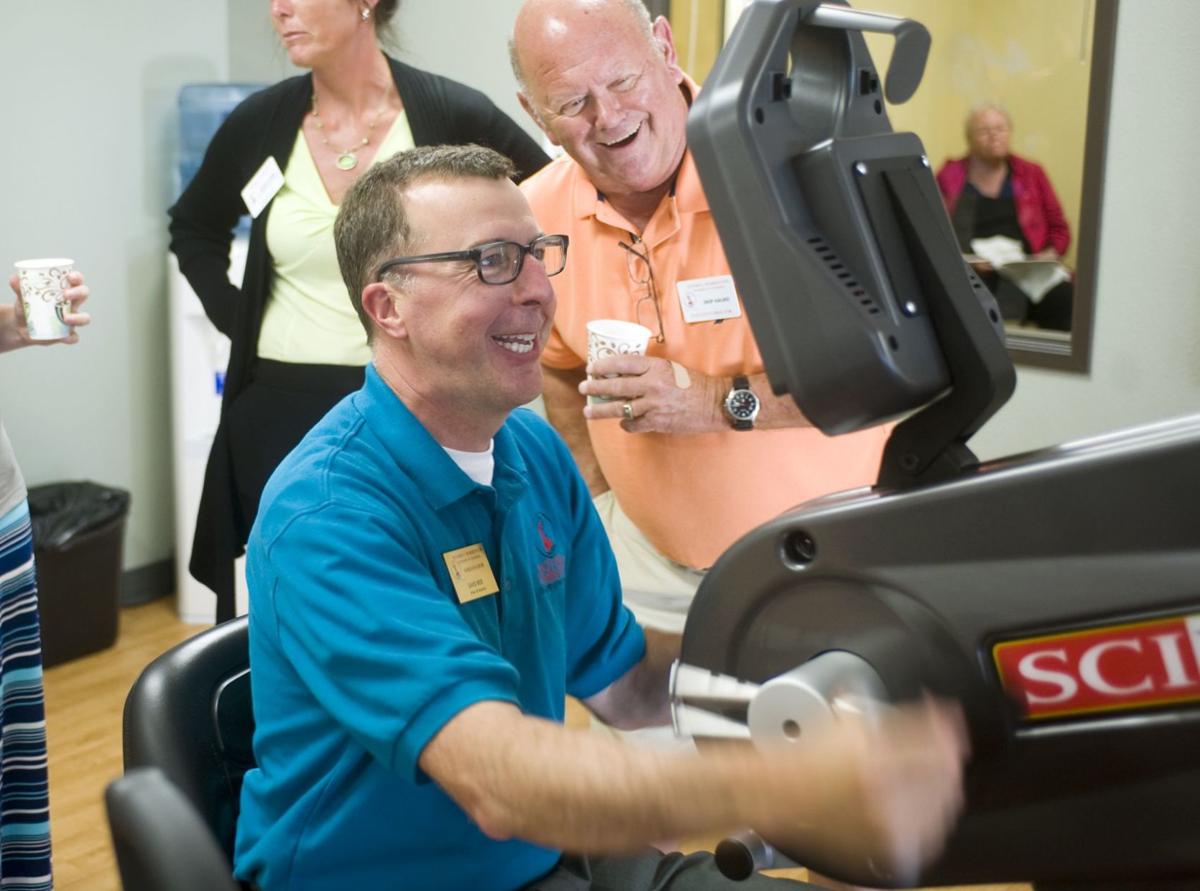 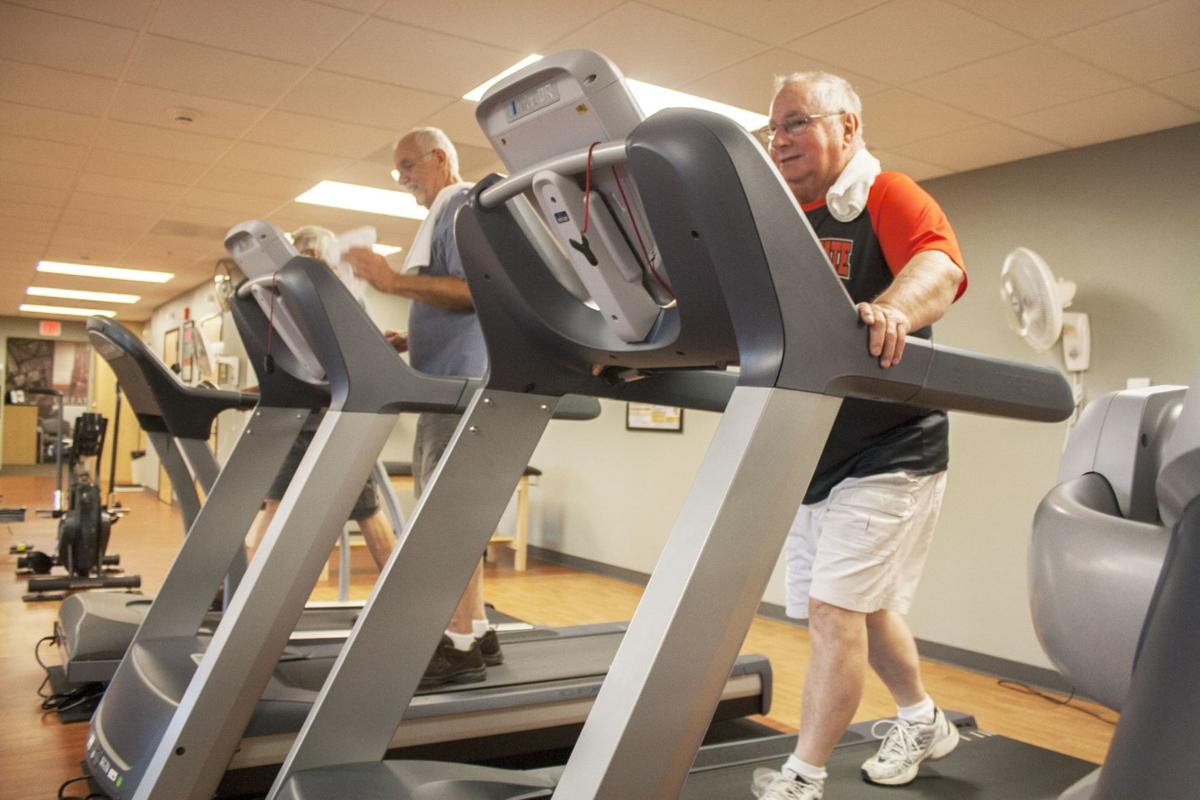 Jennifer Quigley, a registered nurse at Columbia Memorial Hospital, demonstrates how to get a low-impact workout on an adaptive motion trainer during the July 29 ribbon-cutting at CMH's Cardiology & Pulmonary Rehabilitation Clinic.

Curt Allen, 74, and Connie Adams, 68, both cardiac rehab patients, remember entering a cramped backroom gym behind doctor’s offices at Columbia Memorial Hospital. The experience didn’t enamor either of the patients, already hesitant about post-surgery rehab, to coming in regularly.

The newly redesigned CMH Cardiology & Pulmonary Rehabilitation Clinic lends a modern touch to a growing service by the hospital, helping survivors of heart and lung ailments recover in a more inviting space.

Adams remembers the rehab center being a third of the size it is now, with a fraction of the current equipment. Now, several rows of exercise equipment, including stair-steppers, treadmills, rowers and weight-training circuits, line the earth-toned, padded hardwood of the rehab clinic, designed by the hospital’s contractor of choice, Rickenbach Construction, and expanded by more than 2,000 square feet.

It’s the staff monitoring patients and their efforts at recovery, said both Adams and Allen, which are among the best amenities of the rehab clinic. Whenever open, the clinic is supported by an exercise physiologist and a registered nurse.

“What’s so wonderful is, they’re watching you and telling you what you can do,” said Adams, who had a triple bypass at Providence Seaside Hospital before going for four months of rehab at CMH’s old rehab center. “My first instinct is, I didn’t want to come here, but they kept encouraging me.

Allen has been taking advantage of the center off and on for the past couple of years, since having a pacemaker installed to augment his heart.

“I probably started at 198 (pounds), and now I’m down to 176 now,” said Allen, who takes advantage of the clinic four days a week in the early morning. “It’s a good maintenance program.

“When I started, I could only walk five minutes,” added Allen, trotting on the treadmill Wednesday morning. “Now I’m doing 30.”

Allen’s also made friends with the professional tasked with monitoring his efforts and ensuring his safety, exercise physiologist Danny Manning. The two have gone fishing and pickled and smoked their catches together.

“It just allows us to have a lot more space to do more stuff with the patients,” said Manning, who’s one of two physiologists, along with Brittany Boehler.

The center is open Monday through Thursday and costs $30 a month, less than the average gym membership. It’s open to CMH staff and patients, who are referred by a physician after heart and lung events or for certain risk factors.

“Since I came here four years ago, it was my dream to see this expansion,” said Dr. Diana Rinkevich, the hospital’s heart doctor, adding that she’s gone out of her way to keep it on CEO Erik Thorsen’s mind. “There’s nothing like good prevention, and this is the place to get good prevention.”

Phase III is more individualized, but still supervised by cardiac rehab staff. It includes anyone with heart failure and those with diagnosed cardiovascular risk factors, including hypertension (high blood pressure) and hypercholesterolemia (high cholesterol).

“Since I’ve been here, Phase III cardiac rehab has grown 600 percent,” said Rinkevich. Throughout 2009, fewer than 800 patients took advantage of the cardiac rehab program. In 2013, more than 6,400 people used it. In 2012, the hospital added Phase II and III pulmonary rehab, which now has several hundred patients visiting the clinic each year.

“Our vision and our plan is to provide the services we can provide locally,” said Thorsen, who has a constant spate of projects going at the hospital – some he divulges, and some that he keeps hush as the CMH positions itself among other regional hospitals in Seaside, Ilwaco and Longview, Wash., and Portland.

In addition to its completely in-house services, Columbia Memorial partners with Oregon Health and Science University for services such as cancer screenings. It brings in specialized physicians such as endocrinologists, podiatrists and otolaryngologists (ear, nose and throat doctor) to help the small number of patients on the coast who wish to avoid driving to Portland or Longview.

Completing the remodel of the rehab clinic was Rickenbach Construction, with sister Michelle Dieffenbach, the architectual design side, and brother Jared Rickenbach, a contractor.

“One of the first projects we did was the canopy over emergency room,” said Dieffenbach, who estimates that the company has done 15 projects for the hospital.

The next major slated project for the hospital, said Thorsen, is the expansion of the Critical Care Unit, which services patients in a high-risk phase of a surgical incident or medical illness or injury. Thorsen said the hospital will expand the center, which currently has six rooms and 24-hour monitoring by certified nurses.