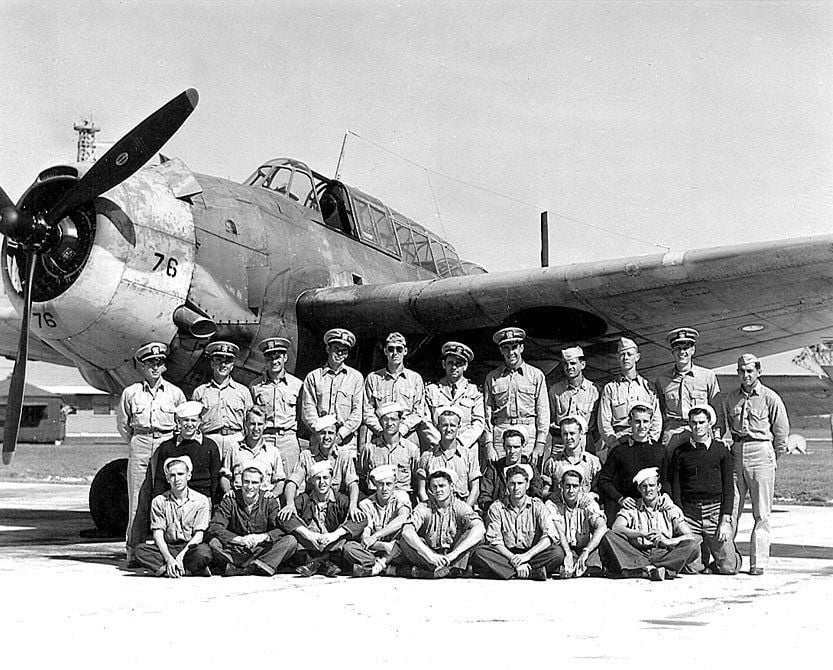 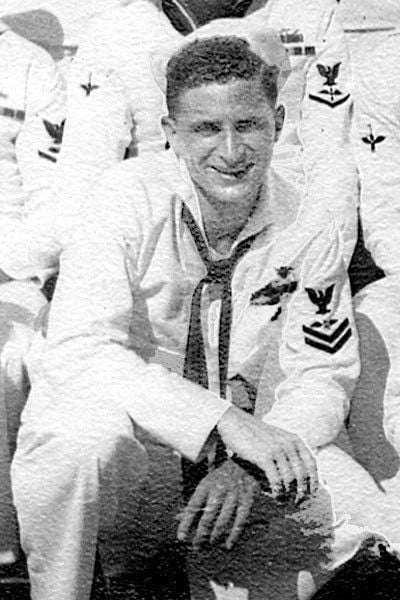 Navy flier Bob Beck survived the War in the Pacific. 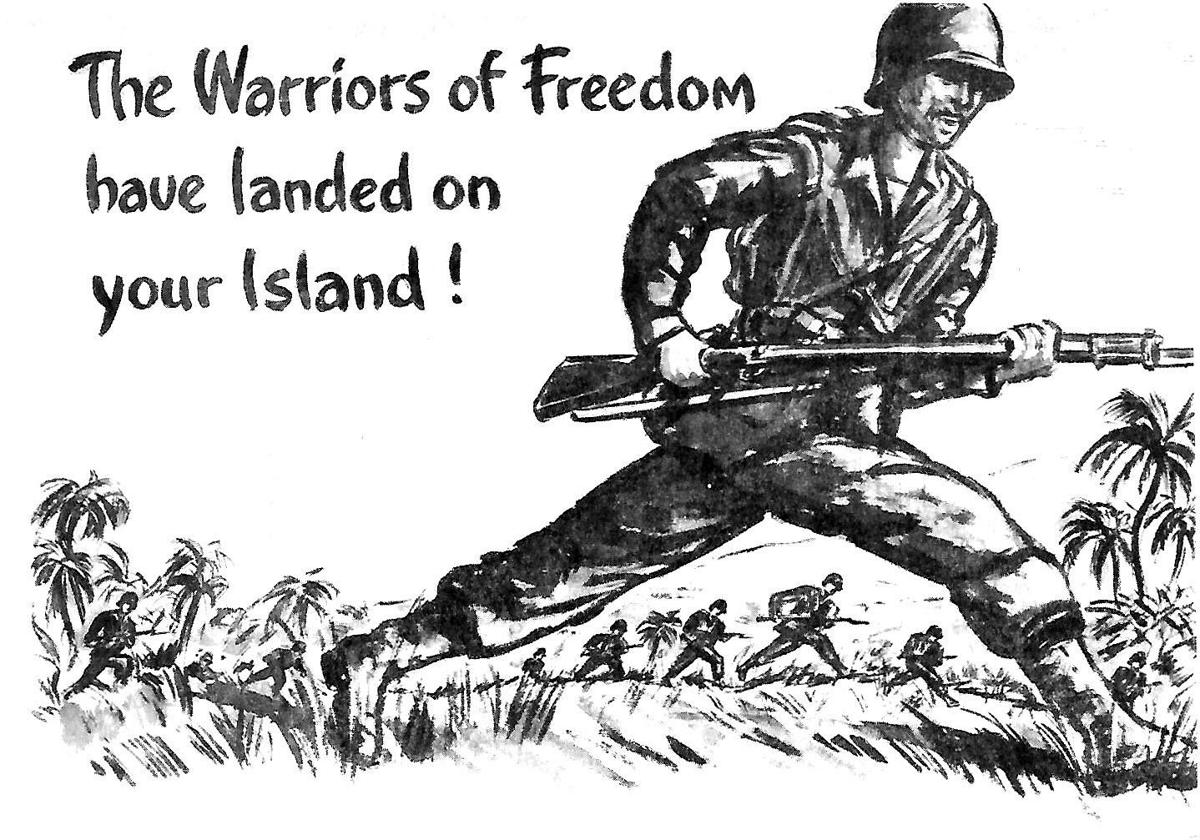 American forces carried simple graphic representations like this, both to inspire the troops and reach out to English-speaking Filipinos. 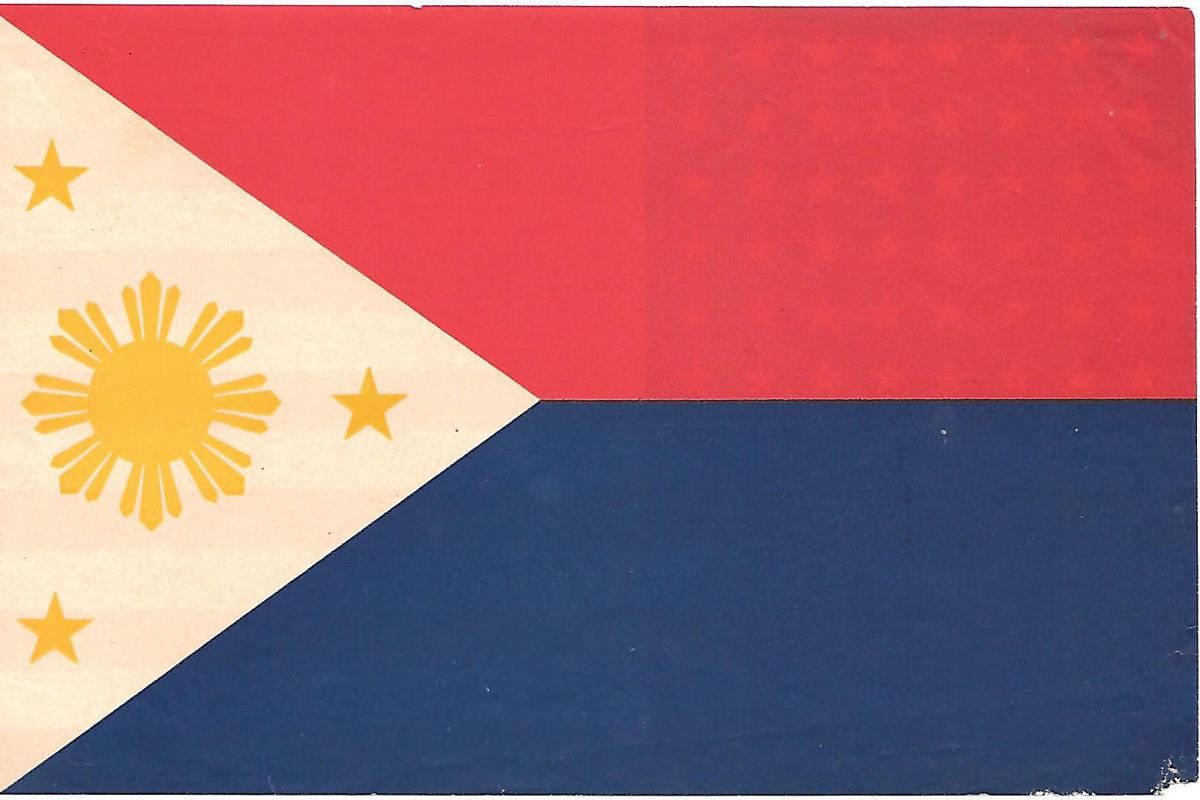 American soldiers and sailors recapturing the Philippines from the Japanese in World War II carried flags like this — with the Philippines design on one side and the U.S. flag on the other — to help islanders make the connection between American intervention and the return of their national sovereignty. 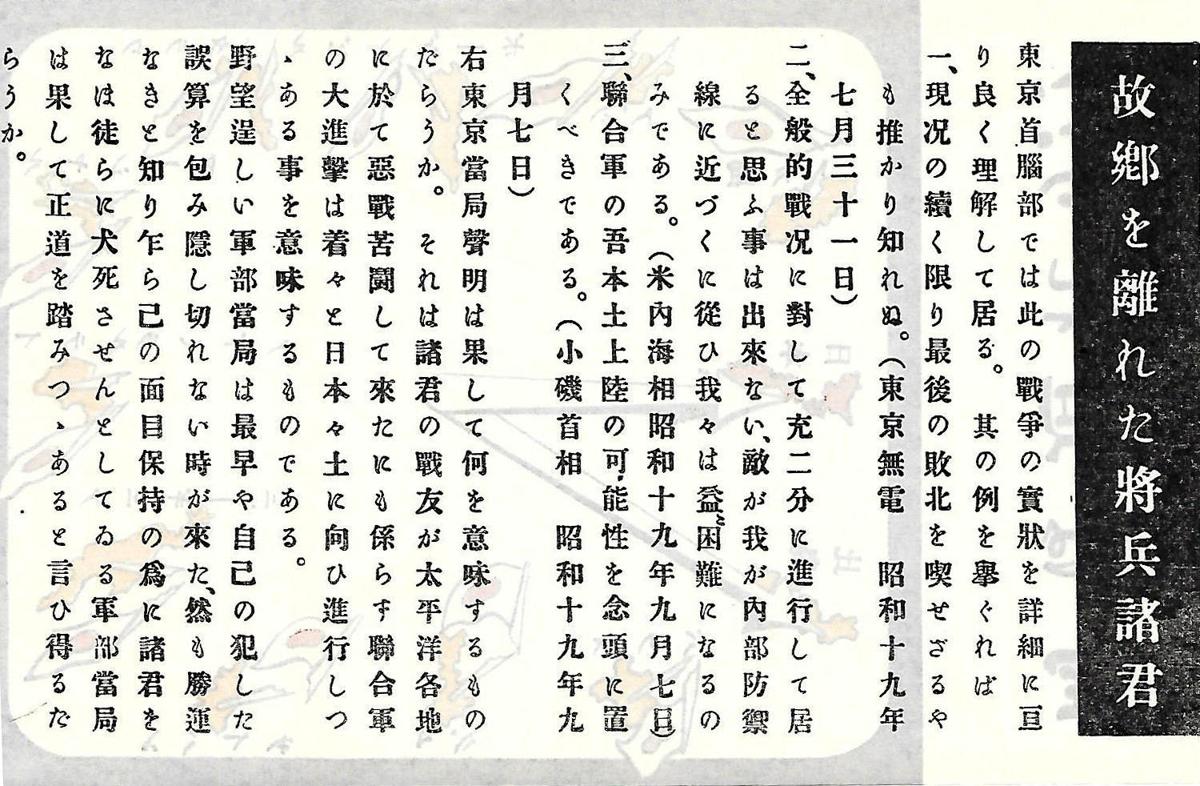 Printed fliers like this from Bob Beck's collection were dropped over the Philippines in an effort to sap the morale of Japanese soldiers.

Navy flier Bob Beck survived the War in the Pacific.

American forces carried simple graphic representations like this, both to inspire the troops and reach out to English-speaking Filipinos.

American soldiers and sailors recapturing the Philippines from the Japanese in World War II carried flags like this — with the Philippines design on one side and the U.S. flag on the other — to help islanders make the connection between American intervention and the return of their national sovereignty.

Printed fliers like this from Bob Beck's collection were dropped over the Philippines in an effort to sap the morale of Japanese soldiers.

PACIFIC COUNTY, Wash. — Robert Beck never heard the explosion as he watched the flames roll off the ship and reflect on the ocean.

A Japanese attacker pilot flew overhead. As Avenger radioman, Beck belonged on a plane. But he was stuck on a carrier ship trying to stay out of the crew’s way as they countered the attack.

Beck was a year into business school in Olympia when the United States declared war on Germany.

Being a soldier wasn’t a job title, it was a certainty. Out of Beck’s class of 30 men, he said 29 either enlisted or were drafted.

When Beck turned 19, his father said it was time to enlist. His father had been on a ship in France when World War I ended.

“He said I was going no matter what and I didn’t want to end up like those poor guys in the trenches,” Beck said. “We thought I should sign my name to the Navy, like he did.”

Beck boarded a train for Farragut, Idaho, for basic training as a part of the 38th company. Every few months he moved to a different base.

His training stopped at Pearl Harbor as crews assembled for the front lines.

“There was a lot of waiting around, just knowing we were preparing for an invasion,” he said. “We watched as ships were built, and knew where we were going.”

The men focused on playing the card game “Hearts” instead of trying to predict what they would encounter overseas.

In July 1944 Beck was assigned to the carrier U.S.S. Manila Bay and the convoy headed to invade Japanese forces perched in the Philippines.

Beck watched soldiers unload on the shores from the sky. The battle for the Philippines began in October.

“I was right above Gen. MacArthur as he walked into the battle,” Beck said. “I was, of course, too high up to tell who was who.” The movement looked like a wave.

Flashes of light sparked from ships as gunners fired toward enemy bases. Beck peered out a circular window about the size of his head scanned the dark forests for enemy locations.

Planes dropped fliers over the land. Some were in Japanese and declared the U.S. and Filipinos had joined forces. Another had drawings of troops running onto shores and read, “The Yanks have landed on your Island.”

The campaign lasted until July 1945 — though the Manila Bay had another battle coming.

An old photo of the Manila Bay captured the VC-80 squadron posed around a plane. Beck sits on the left wing, his arms straight to his knees.

“I look pretty proper in the photo,” Beck said. “And young. I think the oldest guy was 25. He didn’t make it.”

The crew was standing on a metal plate, which blocked a hole from a Japanese aircraft that dived onto the deck loaded with explosives. A pole protruding from the tower has a slight bend, left from a suicide plane that missed the ship and hit the ocean.

“I was where I shouldn’t have been, right on the deck as they flew in,” Beck said.

U.S. attacker pilots took to the sky too and the Japanese offense was stalled. The ship lost 14 men and 52 were wounded. All of the carrier’s radio men were killed and Beck was trained to take their place.

On Jan. 17, the carrier headed back to Pearl Harbor for repairs.

“We knew the war was over, it was only a matter of time” Beck said. “We could see the desperation of the Japanese, those poor boys. For us, it was back to waiting and playing cards.”

Today, Beck plays Hearts on his home computer. He lives on the same street he grew up in a home he and his wife, Eunice, built together.

The dining room is decorated with flowered wallpaper Eunice put up. She died last year. Their bookshelf holds titles like “500 Cakes” and “Practical Problem Solver.”

The home embodies the American lifestyle the couple pulled around themselves during the 1950s. They were the generation whose fathers fought against the Central Powers, who fought against the Axis and whose sons fought in Vietnam.

“We hoped this time it would mean peace, you always do,” Beck said.

Asked about his dreams for life after World War II, Beck laughed. “It wasn’t about dreams,” he said. “I got a job, hoped I hit it off with a lady — I did — had kids and built a house.”

He put away his papers from war and he reached for the TV remote.

“I hope we haven’t missed the World Series — those guys have a tough night up ahead.”