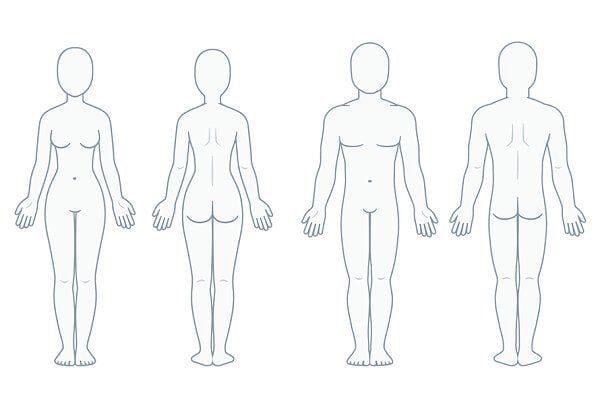 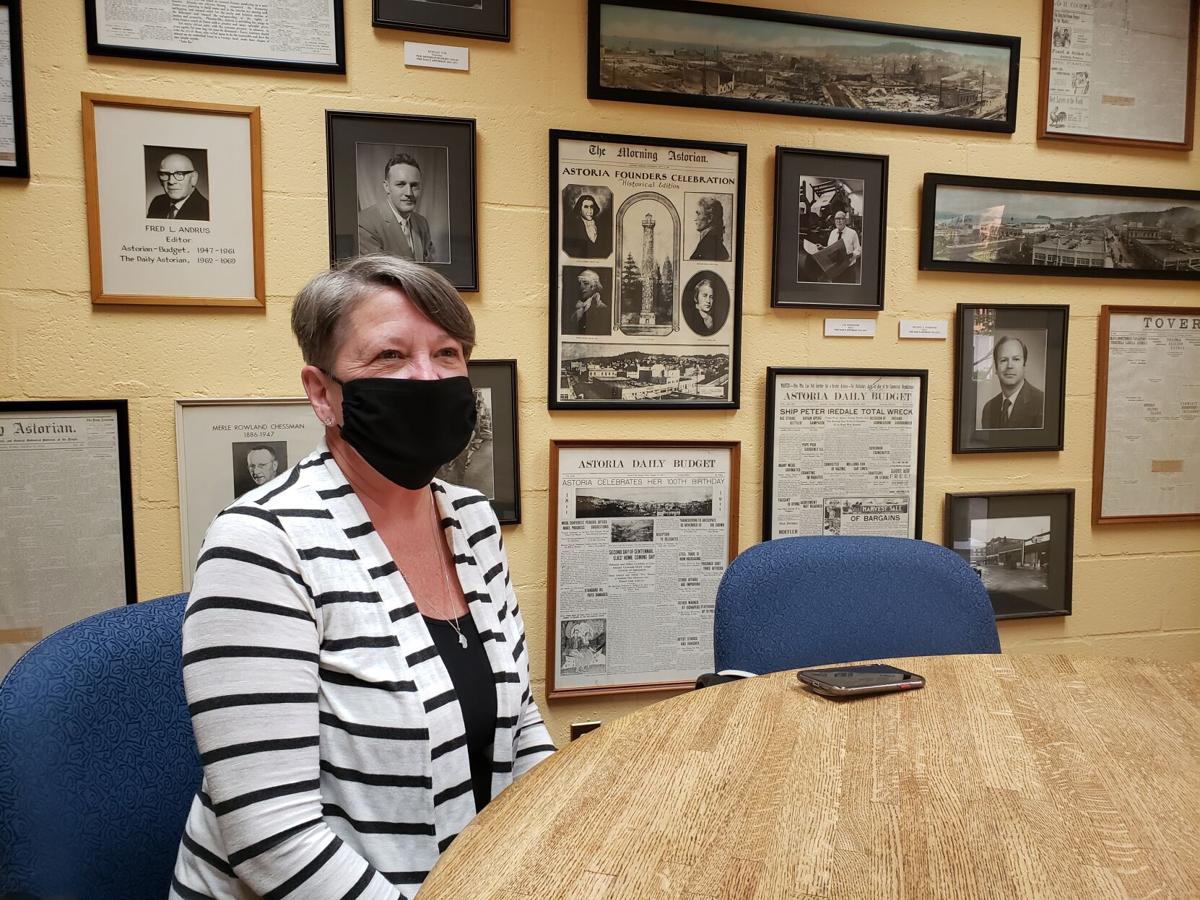 Dr. JoAnn Giuliani would often go to the scene of a death even when she didn’t need to.

Sometimes, all the former Clatsop County medical examiner had to do was look around the environment to learn about their lifestyle, which usually helped her determine the cause of death.

Most people die at home of natural causes, she explained, and it’s often cardiac related. So she often saw Pepto-Bismol and other antacids at people’s bedsides. They thought their health problems were gastric, she said, but it was their heart. They just didn’t know it.

She usually saw a lot of tissues in the garbage when someone died of pneumonia.

“You look for things that you normally wouldn’t look for,” Giuliani said.

Many homes she entered were unkempt, with sparse refrigerators and mattresses without sheets.

“I always tell the police officers that the body doesn’t really help me a whole lot,” she said. “It’s that if hearing the history from the family, looking at the scene and all the surrounding things — if I don’t know what they died of by that time — the body is not going to help me very much.”

Giuliani, 63, retired as the county’s medical examiner on July 1 after nearly two decades.

Before investigating dead bodies, she spent the first half of her career as a labor and delivery nurse, and then as an obstetrician and gynecologist.

Giuliani moved to the North Coast from Pittsburgh with her family in 1996 for a job as an OB-GYN at Providence Seaside Hospital, which she held until 2000, when she left to spend more time with her children.

Shortly after, she spent a few years as the director of The Lighthouse for Kids, a child abuse evaluation center in Astoria. During that time she became the county’s medical examiner and eventually committed to the job full time.

“I did a residency program that was very invested in the pathology,” she said. “And so every specimen that we had, we had to go look it up. We had to look at all our placentas, we had to do all this pathology. And I was always, always interested in forensic pathology.

“But, I was already on the OB-GYN track and had little kids ... I couldn’t do another residency,” she said. “But when this thing came up, it was perfect.”

Most deaths don’t occur during normal business hours, Giuliani said, since people usually wake up to find their partner dead or find them after work after trying to reach them all day.

When called to the scene of a death, her job was to rule out homicide and to catch the onset of any communicable disease spread.

Despite the depiction of medical examiners popular in movies and television, most of her time was not spent at crime scenes dealing with homicides. It was talking to families.

In the 1980s, the field was designed to have forensic pathologists in Portland, she explained, and have doctors in each county do death investigations in addition to their regular practices.

“But things happened in the early 2000s, like the (“CSI: Crime Scene Investigation”) series, and people became very knowledgeable about things that they didn’t care about before, didn’t know about before. And the education of the citizenry then turned it into a completely different job,” she said.

She said expectations have gone up, which is a double-edged sword, because more people believe their elderly mother who died from natural causes might have been murdered.

A lack of funding also creates staffing challenges and places limits on autopsies.

The role of medical examiners now varies in counties throughout the state. Some have medicolegal death investigators doing the job, but few counties have physicians dedicated to the position.

Clatsop County has very few homicides. When a death is not natural, it is usually the result of a car crash or suicide.

When police called her about a suspected homicide, Giuliani said anxiety and attention to detail was heightened. But she did not work solo. She listened to the police officers and detectives on the Clatsop County Major Crimes Team, which she said work seamlessly together.

“When all of the people that you’re working with, you trust, it totally changes the anxiety because you’re doing it as a team. You’re covering each other and making sure each other doesn’t make mistakes,” she said. “That’s wonderful. And that is how it works here. It isn’t that way everywhere.”

“If there’s a death and there’s a police officer there I will always ask, ‘Are you comfortable that this is a natural death?’ Or, ‘Are you comfortable that this is a suicide?’ Because I think that everybody’s opinion has to mesh. And there have been times where someone has disagreed and I take that very seriously. And so then we have to go another step.”

Giuliani worked closely with officers when a body was recovered from the Columbia River near the Astoria Bridge in 2018. The death was rare because they could not identify the man and ultimately sought the public’s help.

Based on the condition of the body and where it was found in the river, they knew the man entered the river from the Washington state side.

The man’s body was decomposing, but his clothing was intact and he still had glasses in his pocket.

The detail that stuck out to Giuliani was the women’s-sized, small, blue fleece vest the man was wearing. She described the clothing to the media in the hopes that the blue vest would be memorable to someone.

The next morning, she said, the Wahkiakum County sheriff called her. He believed he knew the man’s identity. The sheriff told her about a man who would walk through town every day wearing his wife’s blue fleece vest. She had died several months earlier.

“It was one of those things where I just love living here because this case wouldn’t have been solved in Portland. It wouldn’t have. It’s just one of those kind of cases that took the whole community to find this guy,” Giuliani said. “I’m proud of that because it took a whole bunch of people all working together in different states to put it all together and get this guy home to his family.”

Other cases tested her, like two infant homicides she had to investigate in Seaside and Cannon Beach in 2014.

Her close collaboration with law enforcement, the major crimes team and the district attorney’s office has helped her cope with devastating situations.

“And it’s because in that room, I am allowed to be vulnerable. And I’m allowed to smile and maybe relax a little bit because I can’t discuss what I see or find with anybody — it’s medically protected,” she said.

“It takes its toll gradually. And I think that when I was thinking about retiring, it was probably the right time because I am getting a little anxious about it as I get older,” she said. “But I certainly have changed my ways of looking at mortality. I don’t look at it in such a scary way anymore.”

“What she was able to bring as far as education and involvement in death investigation was above and beyond I think what happens in the rest of the state,” he said. “I think the citizens of Clatsop County got a lot of experience in our little county, and better service, frankly, than I think other county’s get.

“She dealt with families in some of the worst circumstances that they can experience with compassion and care.”

Halverson said officers countywide learned a lot from her through working with her and through classes she put together to train officers on initial response and death investigation.

“We genuinely appreciate her years of dedication and service,” Sheriff Matt Phillips said. “She had a lot of compassion. She spent a lot of time with families — way beyond what I think you would see elsewhere in the state — to help them with the closure.”

Clatsop County District Attorney Ron Brown said Giuliani was a great resource at meetings, on the scene of a death and during criminal trials.

“I’m sure we won’t completely replace her,” he said.

Detectives Ryan Humphrey and Justin Dersham with the Clatsop County Sheriff’s Office are medicolegal death investigators and are filling in until Giuliani is replaced. However, it is unclear what the future of the medical examiner position looks like and if the county will find another doctor to fill the role.

Giuliani gave her two months notice in part because of the coronavirus.

“The death world would sort of shut down in this county if I was sick and unable to do my job. Because while I was still employed, there was no one to do my job for me,” she said.

Since retiring, Giuliani has received a lot of questions from people curious if she preferred delivering babies for 20 years or working with death for 20 years. She said she liked the second half more.

“And not because it’s not fun. I mean, delivering babies is the most fun in the whole world. But, actually, most women could do it by themselves when they don’t really need me. And so you get all this praise for helping them do what they’re going to do anyway,” she said.

It was a challenge that was important and meaningful to her and the families because no two situations are the same, she said.

“That’s why I love being a doctor because you never have the same case twice,” Giuliani said. “And death, it’s even more unique because no two lives are the same and no two deaths are usually ever the same. You can always find something that you’ve never seen before and never heard of before.”

Over time, she also became skilled at the biggest challenge of the job — talking to grieving families in a way that helps lessen the pain.

She took extra time to find something unique about the life she was investigating, whether it was art they had made or their beautiful eyes.