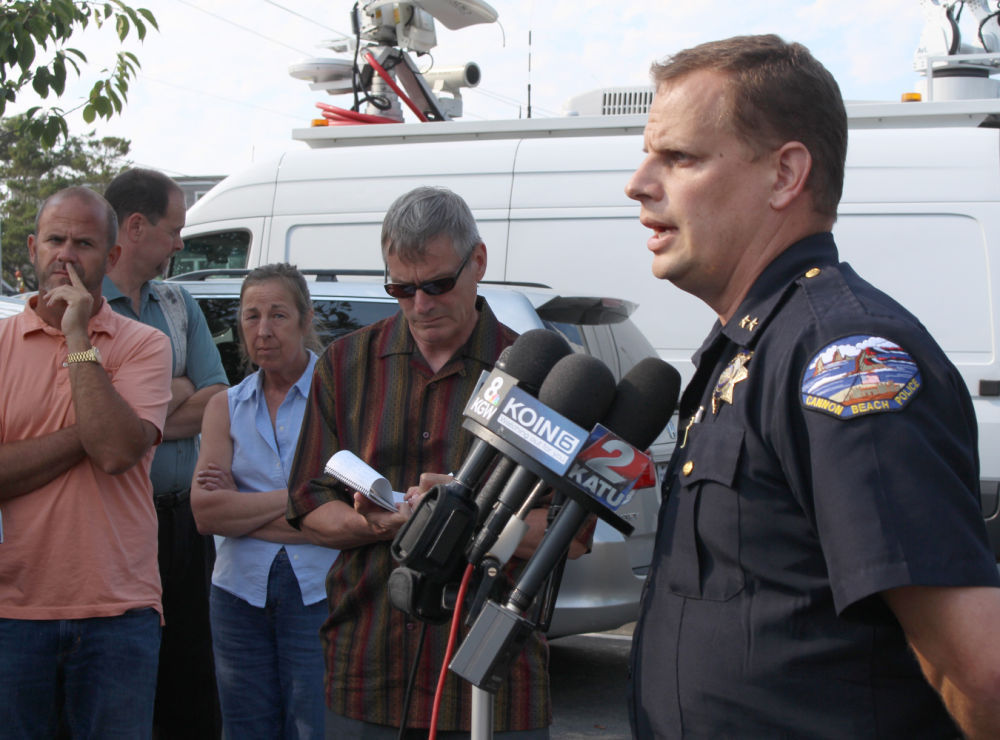 <p>This is "a very sad day for Cannon Beach," Cannon Beach Police Chief Jason Schermerhorn said at a Friday evening press conference. Earlier in the day, the Surfsand Resort became a high-profile crime scene when a dead infant and a critically injured teenager were discovered in one of the rooms.</p> 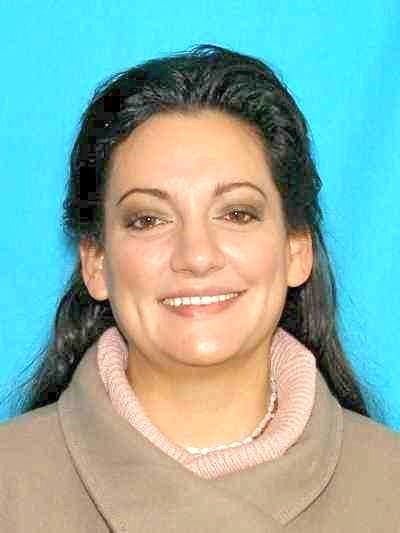 <p>This is "a very sad day for Cannon Beach," Cannon Beach Police Chief Jason Schermerhorn said at a Friday evening press conference. Earlier in the day, the Surfsand Resort became a high-profile crime scene when a dead infant and a critically injured teenager were discovered in one of the rooms.</p>

CANNON BEACH  The 13-year-old girl found in critical condition at the Surfsand Resort in Cannon Beach, after two housekeepers discovered her and her deceased 2-year-old sister Friday morning, is in stable condition and recovering from her life-threatening cuts in Portland, Cannon Beach Police Chief Jason Schermerhorn said at a press conference Saturday afternoon.

The Clatsop County Major Crime Team and Cannon Beach Police are continuing to investigate the first homicide in Cannon Beach in nearly half a century, Schermerhorn said.

The childrens mother, 40-year-old Jessica Smith, of Goldendale, Wash., remains missing. The major crime team has not labeled Smith a suspect, only a person of interest.

Smith  who checked herself and her daughters into their third-floor room of the Sursfsand Resort July 30  may be driving a gold 2007 Chevy Suburban with Washington license plate APX3141.

We dont know where she went, what direction she was headed, Schermerhorn said.

Anyone who sees her or the car is asked to contact the Cannon Beach Police Department at 503-436-2811.

At this point were trying to get more information, and contacting Jessica will help us, hopefully, find out what happened in that room, Schermerhorn said.

On Friday, Schermerhorn said that police are concerned for Smiths welfare and want to make sure she is OK. He declined to state whether foul play was involved in her disappearance.

Jessica Smiths husband, Gregory Smith, spoke with Oregon State Police detectives on Friday and has been cooperative throughout the investigation, he added.

There are no suspects at this time, Schermerhorn said.

A search warrant was served on Jessica Smiths hotel room, where there was no sign of forced entry, Schermerhorn said. No adults were present in the room when the children were found.

The Cannon Beach Police Department and the major crime team began their investigation after receiving a call at 9:40 a.m. Friday.

As I entered into the room, I saw a large amount of blood, said Schermerhorn, who was the first person to respond to the incident. There was blood throughout the room, different areas.

As far as he knows, all of the blood belonged to the teenager, he said. The deceased infant did not sustain cuts to her body, which will be autopsied by the Oregon State Medical Examiner in Oregon City on Sunday.

Schermerhorn spoke briefly with the 13-year-old while Cannon Beach Fire and Rescue and Medix Ambulance were treating her and getting her stabilized for transport. She was able to answer basic questions: where her injuries were, what kind of pain she was in, who her little sister was, etc.

It was very hard for her to talk at the time, he said. We did ask certain questions, but we werent able to get answers on everything.

The 13-year-old girl was transported via LifeFlight helicopter to Doernbecher Childrens Hospital in Portland, where she underwent surgery for her serious injuries. She has since been interviewed by detectives, but police have not disclosed any information so far.

The identities of the children and the infants manner of death are being withheld for now.

In addition to sifting through incoming tips, investigators are talking to Surfsand Resort employees and the occupants of neighboring rooms to help establish a time line and the conditions surrounding the crime.

Were doing the best we can to figure out what happened here, Schermerhorn said. Our thoughts and prayers go out to the rest of the family and everyone involved in this.

Schermerhorn expressed his gratitude for the other agencies assistance. He said the Cannon Beach Police Department has accepted assistance from federal agencies as well, though he didnt disclosed which agencies.

When a reporter observed that this kind of crime doesnt normally happen in Cannon Beach, Schermerhorn responded, No, it doesnt. And its certainly not something that you want to happen anywhere.

It doesnt happen around here, said Anjie Moon, an employee at Cannon Beach Surf Shop, near the Surfsand Resort.

Its a tragedy. I mean, something like this, happening here, its not something very common, said Avigail Perez, an employee at the Cannon Beach Store, around the corner from the Surfsand Resort. Its shocking. Its overwhelming. Its pretty upsetting.

Chelsea Gorrow of The Daily Astorian assisted with the story.