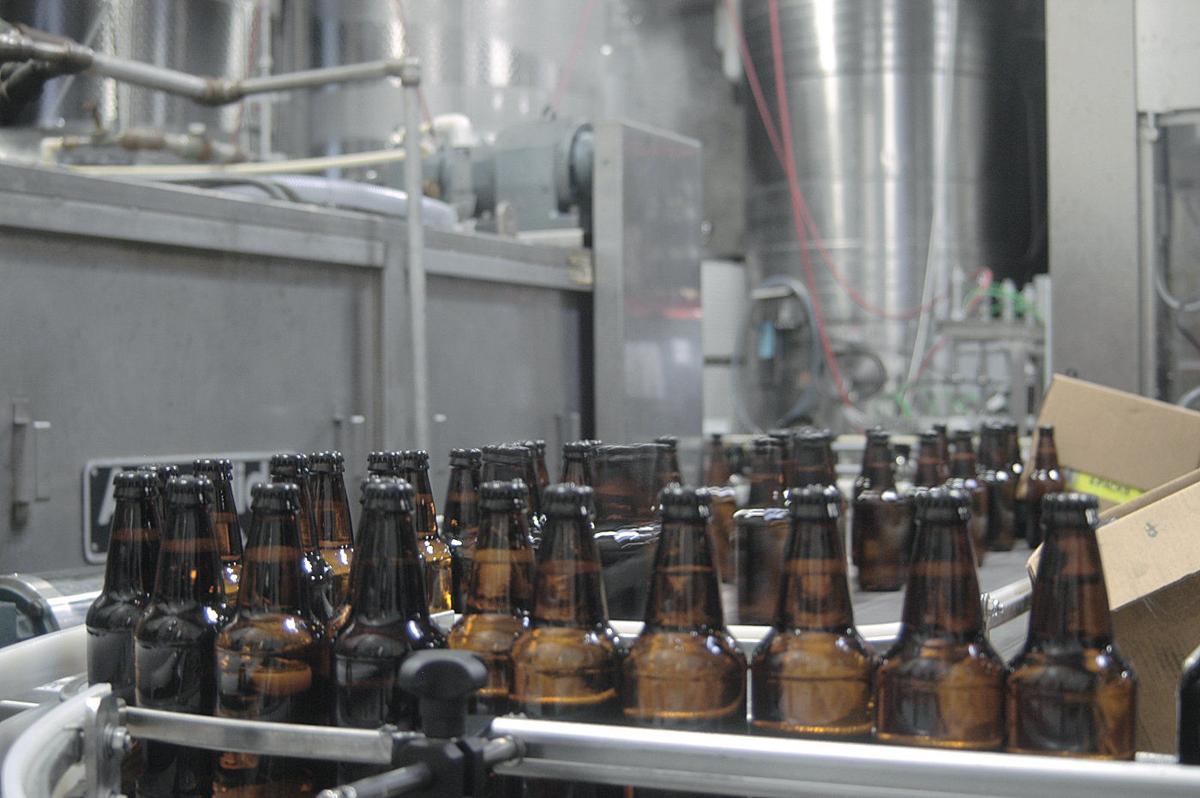 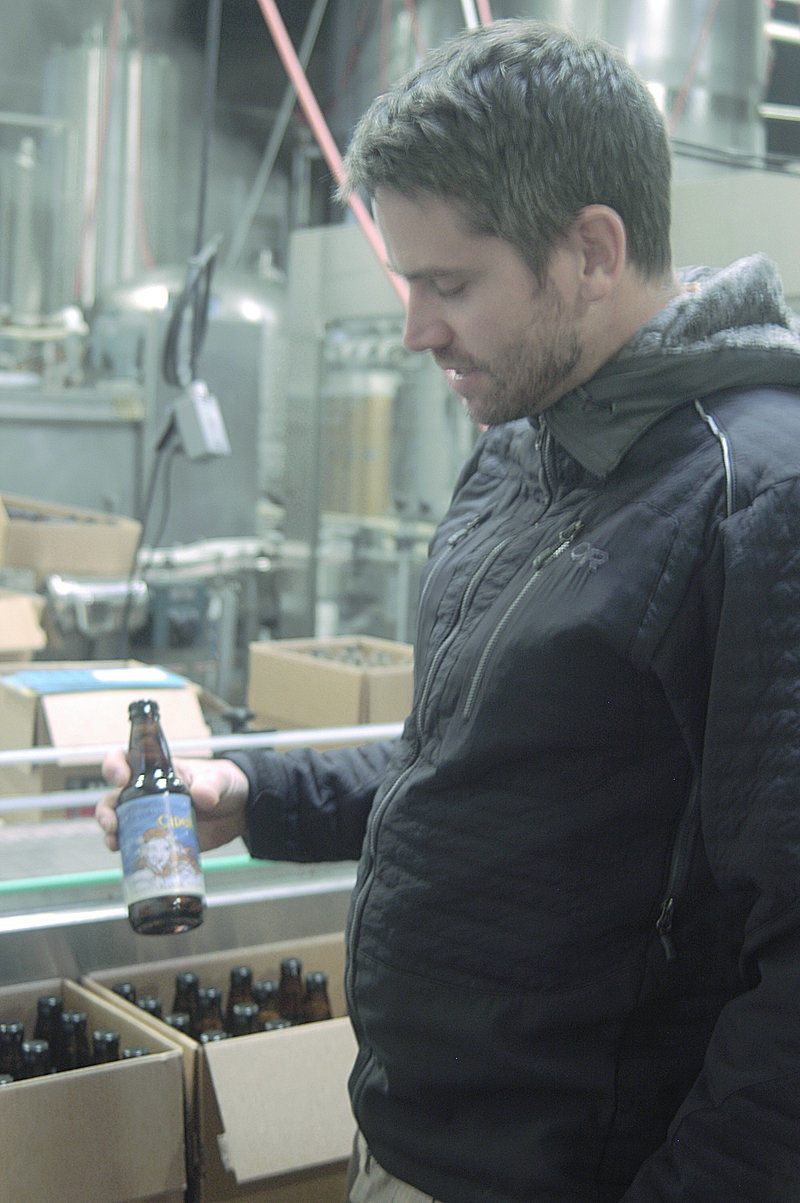 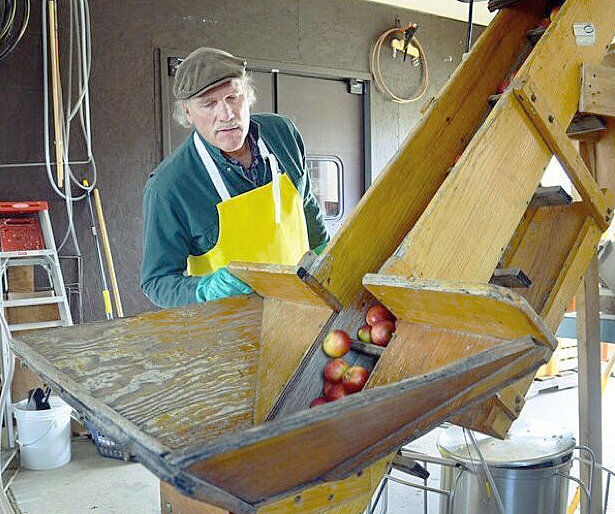 Cider maker Ian Merwin, of Black Diamond Farm in New York, watches apples roll toward a presser. Merwin was among the speakers at a recent cider convention in Portland.

Cider maker Ian Merwin, of Black Diamond Farm in New York, watches apples roll toward a presser. Merwin was among the speakers at a recent cider convention in Portland.

If industry insiders are correct, hard cider producers in Oregon and Washington are positioned where craft beer-makers and fine wine-makers were before them.

That is, facing some hurdles, but on a roll, collaborating with each other and poised to get bigger and better. Hard cider — the alcoholic cousin of sweet apple cider — appears to be favored by the same people who like a microbrew or bottle of fine local wine to go with their good food. They appreciate quality, want to know the producer’s story and are willing to pay more.

While the Northeast has much deeper historical roots to cider making, the Pacific Northwest is where the action is, said Ian Merwin, a retired Cornell University apple researcher and professor who grows cider apples and makes cider at Black Diamond Farm in New York’s Finger Lakes region.

“It’s a very vibrant sector out there,” Merwin said. “One thing about the Northwest scene, it’s a total free-for-all, no rules. There’s a whole lot of people having a lot of fun trying to make cider.”

Merwin was among the speakers at “CiderCon,” the U.S. Cider Association’s annual convention that was held in Portland in early February. About 1,200 cider-makers, apple-growers, distributors and others from 44 states and eight countries attended.

For now, hard cider is something of a regional success, and consumption is tiny compared to beer and wine. Merwin estimated people in Oregon, Washington and California drink 80 percent of the cider consumed in the U.S.

Other convention speakers said cider accounts for 1.7 percent of alcohol sales nationally, but about 4 percent in Portland and Seattle.

“We are where wine was 30 years ago and the craft beer industry was 20 years ago,” said Nick Gunn, co-founder with his wife, Mimi Casteel, of Wandering Aengus Ciderworks in Salem. “We’ve had a lot of great growth, but we have a long ways to go.”

Gunn and others say hard cider takes some getting used to. Many try it expecting a version of fermented apple juice, and are surprised by the subtle and aromatic flavors of true cider. “People are unfamiliar with what they’re tasting,” Gunn said.

The industry’s biggest hindrance is a lack of proper cider apples. The best apples for cider are sharp, bittersweet, obscure and traced from old English and French varieties, Gunn and others said.

E.Z. Orchards, in northeast Salem, was among the industry pioneers in making traditional cider from old French varieties.

The U.S. is awash in sweet, fresh-eating apples, with Washington the leading producer, but Fuji, Honeycrisp, Red Delicious and other familiar varieties don’t make the best cider. Many cider-producers make do with them, however, because there is such a shortage of proper cider apples. Some use apple juice concentrate from China, Argentina or elsewhere.

“All us in the cider realm hope they will evolve in their tastes same way wine drinkers have,” he said.

“I started working on cider in the 1990s, when nobody was very interested,” he said. “It’s been fabulous to see it take off.”

Meanwhile, the push is on to grow more traditional cider apples. Gunn, of Wandering Aengus, said he considers himself an “apple evangelist” these days as he hunts scion wood for grafting and encourages farmers to plant cider varieties.

“If I can get them to grow for our company, great,” he said. “But at the very least grow them for the industry.”

Gunn said he’s met with a mix of enthusiasm and hesitation as farmers consider losing a couple years production from a field or old orchard as new cider varieties take hold and begin to produce.

“My selling point is, you’re at the beginning of a trend,” Gunn said.

A key advantage is that cider varieties can be mechanically harvested and used even if they’re bruised, beaten up or fall to the ground, Gunn said.

“They don’t have to be coddled,” he said.

Gunn and others in the industry say it’s blessed with a cooperative spirit, as growers and cider-makers seek each other out, ask questions and offer help.

“It’s a very social drink,” Gunn said. “It lends itself to being collaborative. We’ve had that sharing atmosphere from the beginning.”